On the farm: What is happening around rural New Zealand this week 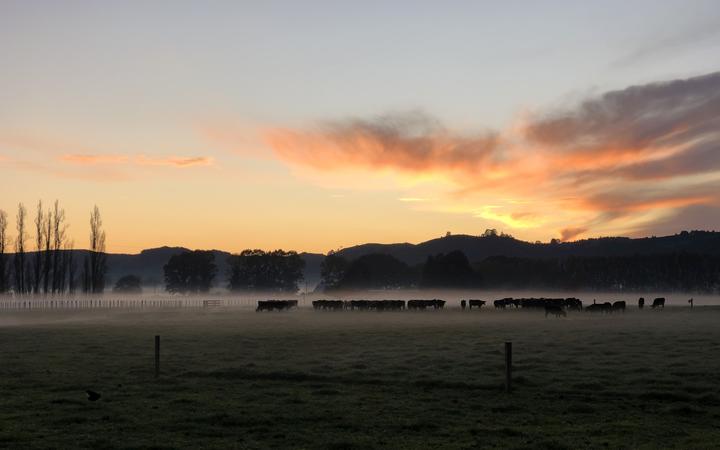 Farmers in the Far North had to get their wet weather gear out this week and pruning has started on orchards and vineyards.

In Northland, farmers have had to get their wet weather gear out this week as, for the last five days, it has absolutely hosed down. Our contact in Kaipara says the area received 55 to 60 millimetres of rain and the local farmers are grinning ear to ear. The kūmara harvest wrapped up a couple of weeks ago. Our contact says the red variety harvest is down about 10 percent and the orange down 20 percent.

Mild temperatures and around 40mm of rain this week around Pukekohe mean crops are growing quickly along with the grass. Early onions are up and away. The main crop Pukekohe Longkeeper onions will start to be sown next week. After a flush of brassica harvesting, supplies are expected to be lighter in two weeks' time. Pukekohe growers are very worried about the possibility of oversupplied frozen European potato fries being imported.

Waikato also had a welcome start to the week with 10mm of rain. The mornings are chillier now and the farmer we spoke to says he is on to winter jobs such as fencing and cleaning out the calf shed. A unit load of straw bales arrived from Manawatū this week to help with extra feed during calving.

Down in the King Country, mild weather has been a welcome respite from the frosts last week. Late mating is coming to an end and the first of the early scanning will begin next week. There is also a bit of pre-lambing shearing going on. 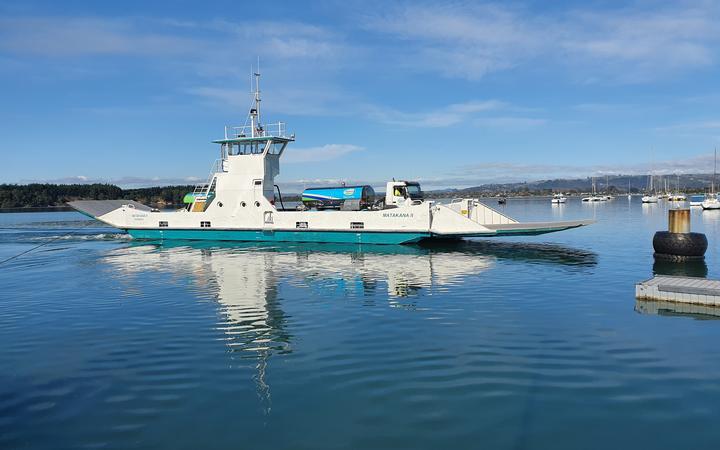 There have been a couple of good frosts this week in Taranaki with fine days to follow. Some rain is forecast for the weekend. The ag consultant we spoke to told us that despite the dry summer, the region is well placed heading into the winter. Good grass growing weather earlier in May allowed farmers to build up some good pasture cover. Most farmers have dried the cows off and production will be on par, if not better, than last year.

Over in the Bay of Plenty, the weather has been beautiful. The region has recovered well from the dry but there is still a need for good rainfall to fill up the streams and wells that are still well down. This weekend the local young farmers clubs are going around picking up surplus balage and straw bales and taking them to drought-stricken farmers in Hawke's Bay.

On the East Cape around Gisborne, the weather has also been fine and a nice respite from the last 10 days of bitterly cold weather. The region is looking okay going into winter but some areas still need good rain. Ewe scanning is underway. The local saleyards had a cattle sale last week. Stock in good condition sold well but others were heavily discounted. The lamb schedule is holding up surprisingly well given the circumstances.

In Hawke's Bay, the farmer we spoke to says he has had 60mm of rain but it was patchy, and significantly more is needed across the region to make a difference.  Farmers are still busy feeding out and trying to build grass cover up before winter really hits. He says that he has not had a chance to look at the freshwater reforms released by the government this week - it's the least of anyone's worries at the moment. One badly hit family we're in touch with has taken the chance to head away for a well-deserved break from feeding out and financial worries due to drought.

Down the road in Wairarapa, farmers woke up to a hard frost on Friday morning. The rest of the week has been grey and drizzly, which made for some perfect duck shooting weather. The farmer we spoke to says they have trade lambs - ones they've just bought in - on the farm at the moment and they are getting into winter mode. Grass response is still a bit slow, but the region has recovered from what was a pretty hard summer.

Our contact over in Manawatū received 30mm of rain to start the week and pasture is still growing. He dried the cows off earlier this week and is on to farm maintenance. He's going to be enjoying a bit of quiet time this long weekend. 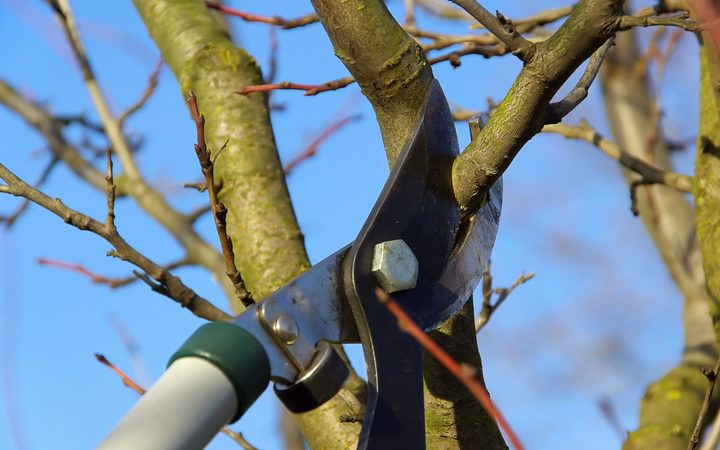 Pruning's started in orchards In the Nelson/Motueka region. People are also pulling up apple trees and getting the ground fumigated in preparation for new varieties of rootstock, that will get planted in early spring. The pulled up trees are burnt on site and our contact says because it's not windy the smoke clouds are hanging around longer than usual.

Parts of Marlborough had a good dose of rain last weekend but on the east coast around the Seddon and Flaxmere areas it remains very dry. On farm, stock are getting a daily feed of balage and silage. A farmer at Havelock says soil temperatures are above 10 degrees so grass growth is doing okay on breaks. Vineyard pruning's underway.

Welcome rain fell across the Canterbury region at the start of the week. The mountains are now covered in snow and it's been frosty on the plains. Farmers are getting into winter mode with cattle and sheep starting on winter feed crops. Cropping farmers are hoping to get a final winter wheat crop sown in the next few days.

A farmer at Lake Brunner on the West Coast was in the shed administering antibiotic dry cow treatment when we spoke to him. This is to treat for any intra-mammary infections contracted during lactation and provides protection against new infections during the dry period. He says the weather's been great this week for drying off the herd. 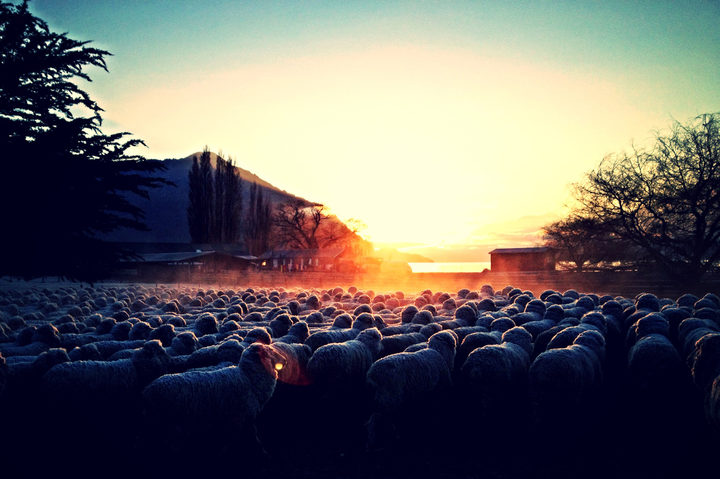 Central Otago got down to a chilly -7 degrees this week and there's been no rain for ages so the hill country is drying out. Farmers have really appreciated what shearers have done over the lockdown to get the crutching done, as well as trimming the long wool on merino sheep's heads so they don't go blind over winter. And a wee reminder ... the Brass Monkey Motorcycle Rally at Oturehua, that normally takes pace over Queen's Birthday weekend, has been postponed until next year so the farmer who owns the land where it's held says "please don't turn up"! 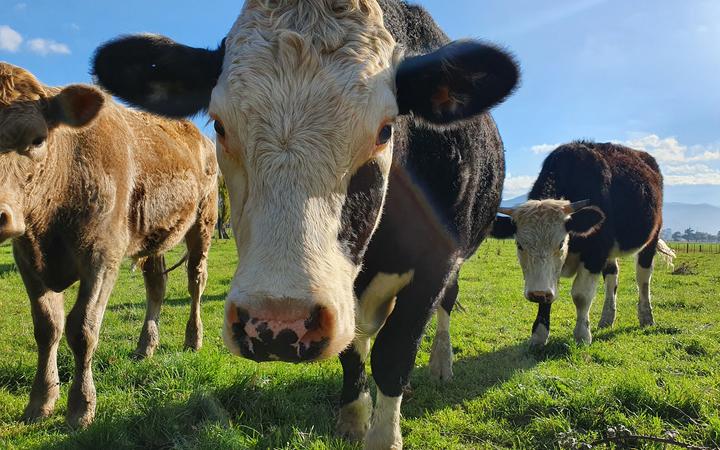 It's been a splendid week weather-wise in Southland. Most dairy farmers have already dried off or are in the process of doing so. Our contact who farms at Blackmount wants to give a big thumbs up to the local freezing works staff. He says that despite working under difficult conditions during the lockdown, they are nearly back to full speed for lamb processing. He got 30 bulls away this week and says there's still a bit of a backlog for cattle and culled cows.