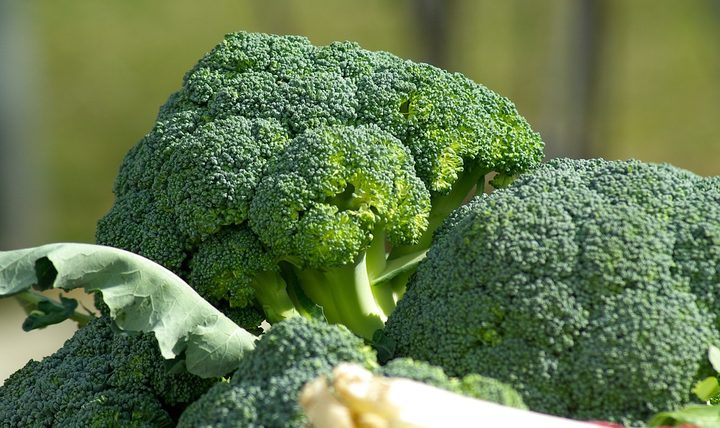 Vegetable growing is classified as an essential service and around Pukekohe growers and their staff have rapidly had to come to grips with the new rules for doing business. However, if staff get sick, keeping going may become  impossible and the wisest choice could be to shut down. As for the weather, by Thursday evening 50 milimetres of  welcome rain had fallen - the heaviest weekly rainfall the district has received for three months.

Waikato has now had a good dollop of rain.  Pastures are greening up over night although it will be a few weeks before it's helpful for meeting feed requirements.

In Bay of Plenty a kiwifruit grower and dairy farmer tells us that managing his farm at the moment is much easier than managing the kiwifruit because fewer people are involved and his dairy farm is quite remote.  One person can milk 700 cows through the rotary shed, and no contact is needed with the tanker driver. He's confident now that service people and vets will come to keep an essential industry running. Our contact says he has 4 weeks worth of diesel on his farm - but could then run short. As for kiwifruit it's a much harder proposition - the kiwifruit harvest is underway and people have been scrambling to work out new ways of keeping the fruit moving.  Understandably people are fearful and there are people who are not turning up to work - some live with older people or with those who have reduced immunity.  It's difficult to find workers to replace them.  Operationally it's difficult to ensure a two metre space between people in a packhouse so the amount of fruit going over grading machines has been reduced by 30-40 percent. In bigger packhouses with hundreds of employees you have to work out how they can all eat their lunch - everyone needs to be kept in small groups that can be ring fenced so if someone becomes ill - their contacts can be traced. On orchards pickers are working in different bays of kiwifruit to keep apart.

On top of that a lot of fruit won't be packed this weekend. It is already sitting in bins.  The independent  testing company Eurofins has shut - it tests fruit to see if it's ready to go - and that's thrown a huge spanner in the works. The fruit can't get clearance. Packhouses will now have to do their own testing - until last week fruit had standards to meet for dry matter, colour, pressure and brix  - but that will drop to a brix only test because that's what packhouses are equipped to deal with. With gold fruit a big chunk of the payment is around taste - but now there will be a straight tray price - so people who have high tasting fruit will get the same as lower tasting fruit.

It was raining when we called King Country - On Sunday and Monday most areas received between 30 and 50 millimetres of rain and, while the hills are quite dry they are greening up in patches. It's been a challenging season - stock have been dribbling to the works but that's picked up in the last month but will slow down again now because of Covid 19 restrictions around physical distancing at plants. There's still some urgent  work that needs to be done of farms - like getting fertiliser on and there's a question mark over whether shearing and crutching will take place - animal welfare needs to be taken into account. On the positive side, a lot of University students have come home and are being put on the end of a handpiece. 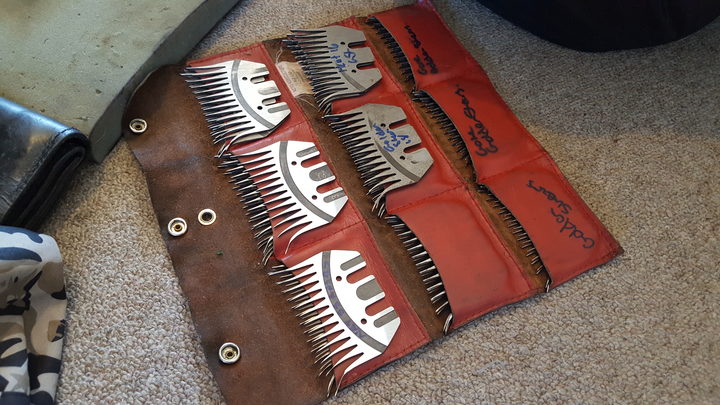 In the Gisborne region pregnancy testing for cows on beef properties is still going on. Weaner fairs have been cancelled. Usually farmers have those mouths off the farm by mid April.  One farmer up the coast had booked a truck from Hawkes Bay to come up to take stock - but some locals don't want anyone from outside the region coming in.  The ag consultant we spoke to has had his five daughters, aged from  20 to 31 move home - plus a baby and a son-in-law. There was a family workout on Friday morning before everyone got to work!

In Hawkes Bay things have slowed up in  apple packhouses because of the need for work spaces to be re-jigged but crops are still being picked . Some people are focussing on getting high value apples off the trees first; Envy in favour of Braeburn - and are bypassing late picks.

Our contact in Manawatu is already sick of working at the dining table.  It has been a full-on time  for farm consultants working through with clients about what is and isn't an essential service.  Meat processors are, but are working at 50 percent capacity because workers have to keep their distance.   At least there's no trouble selling the meat.  He says there has been a lot of uncertainty around tasks such as whether buying grass seed is seen as essential.

Horowhenua has been sustained with ongoing showers which has kept things going. There has been  a massive focus on being able to supply the demand for fresh produce. The grower we spoke to has been buying twice weekly veggie packs for all 20 staff which reduces their need to go to the supermarket for perishable items. He says it lets them have another level of isolation.  There are certainly lots of good fresh fruit and vegetables in the ground so there's no worry about a sustainable supply. The seedlings all come from New Zealand too. 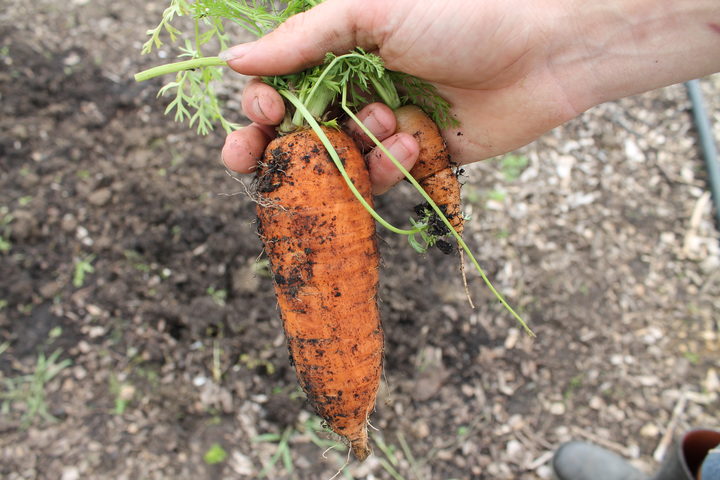 Wairarapa has had a little bit of moisture but the region's keenly waiting for the forecast rain to come in the next couple of days. Things have been desperate . A lot of winter feeds already been eaten.   Farmers are worrying about stock welfare and are trying to source extra feed.  And our farmer contact says in these strange times it's important for farmers to keep having chin wags with mates on the phone .. to keep in touch.-

Over Cook Strait to Nelson where there have been a few showers on the Waimea Plains but water restrictions are still in place. Luckily as the apple season progresses, the need for irrigation is dropping but pastoral farms will still be struggling with the lack of rain. If there's no moisture soon it will be too late for crops to establish before winter. The same applies for vegetable growers.  Farmers are looking at bringing hay up from Canterbury to cope with the feed pinch. 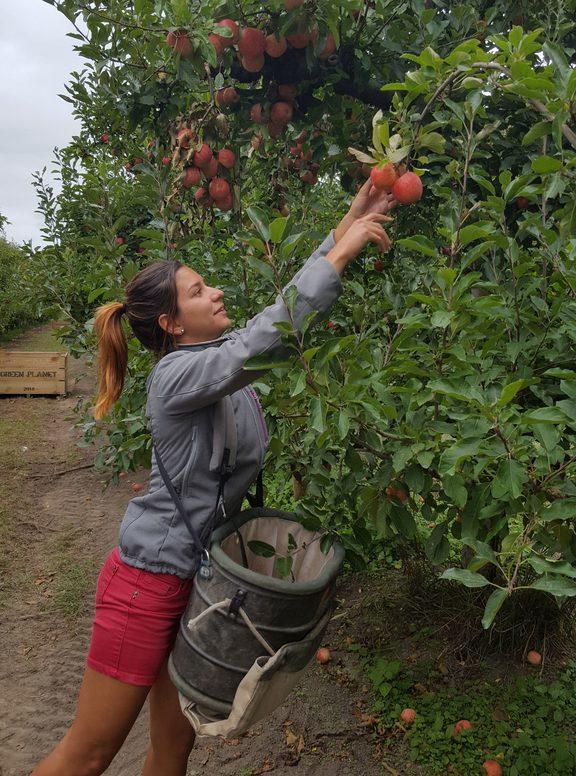 Covid19 is having a major impact on growers supplying the local market. The grower we spoke to has three quarters of his fruit going locally and there are two key concerns. After earlier panic buying people now don't have as much money to spend on fresh produce. Also with supermarkets well stocked now, no more fruit is needed for the next week at least. He says there's no demand from shuttered dairies, cafes and restaurants and orchard gate sales have stopped. With fast food outlets closed, he's hoping school holidays might not show the usual dip in fresh produce sales.

The export apple pick is continuing and growers are holding their breath for that market to remain free flowing.

Marlborough pastoral farms are really begging for rain. The high country farmer we spoke to has had 17 millimetres this month but it's disappeared quickly in the heat. There's only a hint of green around. It's going to be hard getting any feed built up for winter. Lambs are being fed baleage which is unusual. Our farmer just hopes he can run his sheep under the vines as usual once the grape harvest is over.  Shearing can't be done unless it's for animal health reasons, and four stand sheds have to be turned into two stand sheds to keep social distancing.

The grape harvest is still going flat out but there have been huge changes in how contractors work in order to keep people apart. If a couple work on different orchards, they have to isolate separately. 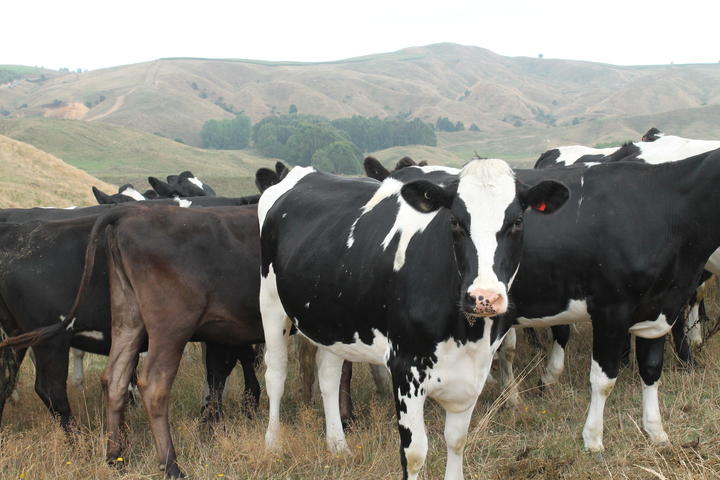 A Southland dairy farmer at Edendale says they're on full covid-19 lock-down and staff that can't guarantee they'll self-isolate have been told to stay away. He's down to one employee as a result, so he's back to working 14-plus hour days as he was doing in the aftermath of the recent floods. On his leased blocks he's asked the owner not to touch any gates. The cows are milking well though and there's still a bit of baleage to be made. The farmer is very concerned about what will happen if the lock-down continues beyond four weeks as May and June are very busy months on dairy farms with end of season staff change over, cow culling, drying, sending herds off to winter grazing and selling and buying stock. He says there needs to be more clarity and support for the rural sector from MPI.