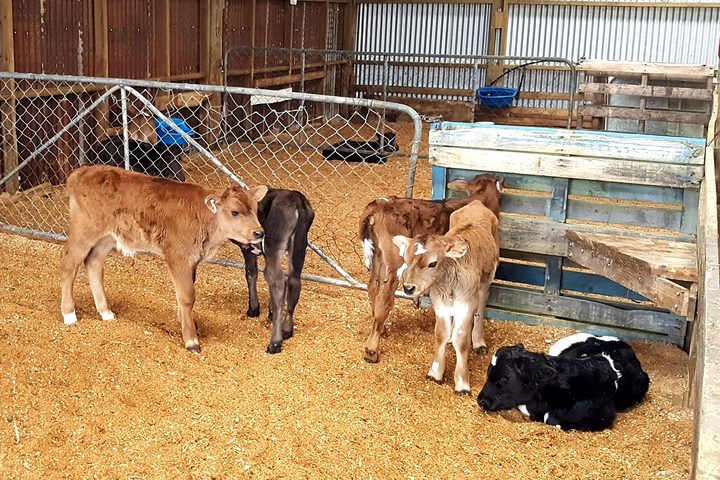 Winter's been tracking quite dry in Northland so working outside has been pleasant. Kumara growers are starting to put their Kumara beds in  - the grower we spoke to will spend the next six weeks putting in seven kilometres of small tunnel houses - about a metre wide and half a metre high. He says you have to grow a crop to grow a crop. Seed kumara will be planted by hand and spend a couple of months in the houses growing and sprouting before being planted out in the paddocks.

Pukekohe has had changeable weather with some showers from passing cold fronts. Vegetables are in heavy supply because of near perfect winter growing conditions and extensive plantings. That's excellent for consumers but growers are loosing money.

Waikato cooled a bit this week. Calving's been going well in fine conditions. Some cows are coming down with salmonella - it can kill them if it's not picked up early. The consultant we spoke to says you see more salmonella when it's been warm. The cow stops eating, runs a very high temperature and needs to be treated with a broad spectrum antibiotic.

King Country was cool on Friday morning. Farmers are waiting for the days to get a bit longer and for lambing to start in earnest - the main drop is a week or so away.  There's been snow on Ruapehu and the ski traffic has increased - traffic officers are out and about at six in the morning and four in the afternoon as skiers head to and from the mountain.

Bay of Plenty's been cool and blustery with the odd shower. Dairy farmers report calves are arriving quickly. Most people are satisfied with feed supplies. Lambs are appearing too. 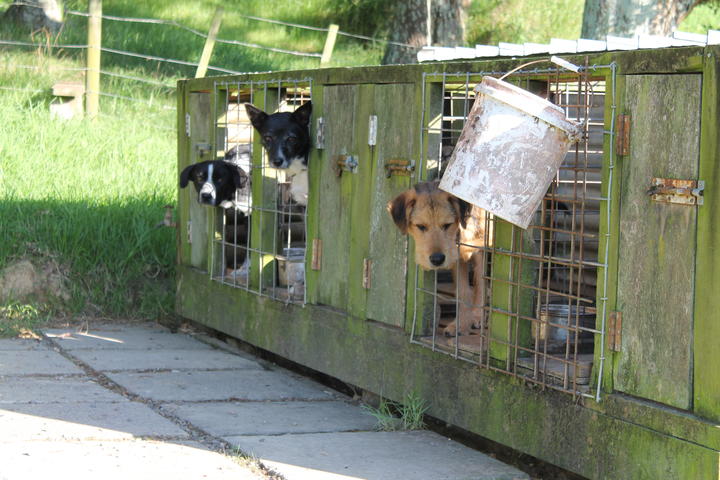 Taranaki has become damper under foot so the water table will be filling up, however it's still pretty firm and mainly muddy in gateways rather than in paddocks as well.  Grass growth continues to be fantastic.  The farmer we spoke to says calving is going well. He's pleased they're over half way through with the heifers.  It's nice if farmers can get the new mums used to the milking shed before the main herd calves and starts coming in for milking.

The grape grower and wine maker we rang in Gisborne was bottling his 2018 chardonnay when we called. He says the week's been clear and fine and there's a cold wind coming in from the west. Friday morning brought a slight frost - it was very welcome because some vines have buds swelling five weeks too early and cold is needed to slow things down. He says the grass is growing like it's October. And wine lovers take note - we're told the 2019 vintage is the best since 1998.

Hawkes Bay has been dry and cool in the past couple of days. The region's looking for moisture to get growth going - usually at this time of year farmers are looking to keep out of the mud. Lambing is underway - there's a huge spread in Hawkes Bay because of the temperature variations across the region - it starts in July and goes to October.

In Whanganui Rangitikei lamb survival is good, although there will be fewer lambs born because scanning results shown numbers were down .. it was dry  at mating time and some ewes had signs of facial eczema.  Cattle in the region have come through winter well and utilisation of crops has been great because of the dry weather.  In fact there's so much grass around lambs are short of iodine and cows short of phosphorous because they're not scruffing around eating nearer the soil.
There have been a few farms on the Central Plateau where cows have produced unexplained midget calves .. about 20 kg or less when an average calf would be 30 kg.
The lamb schedule is strong at over $8 a kilo and increasing, and beef, which has taken longer to rise this winter because lots of M bovis cattle were available for the works to kill, is now increasing as well.

Wairarapa had welcome sun on Friday morning after a bitterly cold week. Snow is gracing the Tararuas. Although the grass has kept growing it has no guts to it so metabolic issues are coming to the fore now dairy cows are calving .. they're low in phosphorus and magnesium A vet we spoke to said it was all go ...calving started on Thursday and the clinic had five calving calls in the first hour.

Manawatu and Horowhenua have been blasted with very wet cold weather this week. Growers can't get tractors onto paddocks. 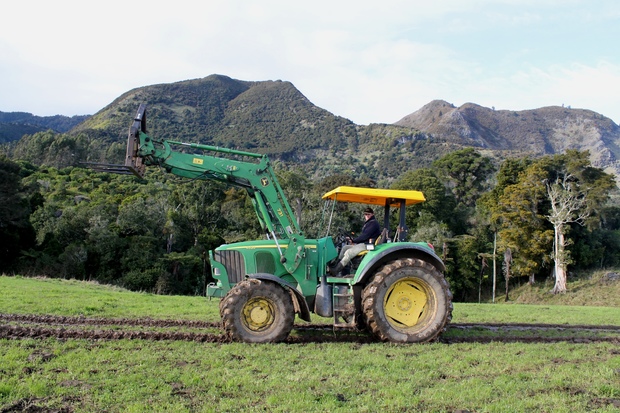 It was raining when we talked to an apple grower in Nelson/Motueka region, but he says pruning was continuing none the less. They're about 2/3rd of the way through now and it's pretty much the main job on the property. Other orchards in the regions are also planting new apple varieties.

Pruning's also in full swing in Marlborough's vineyards while further up the valleys on high country properties merinos are on winter rotation and getting a top up of baleage.  It's the same for cattle, bulls and rams.   Ewes are being crutched and our contact is getting reading for the pre-lamb shear.

Now that the Westland Milk sale is behind them, dairy farmers on the West Coast can focus on calving. On some farms it's already underway but a farmer at Lake Brunner says her cows are in bagging up, where the udder swells. On her farm calving is two weeks away. She says there's been a mixture of rain and sun this week and from the farm she can see that the mountains have had a good dump of snow.

Lambing's underway in north Canterbury. One farmer says she does two or three rounds a day to check on the new-borns and mums. She's feeding out supplements every day too, so a very busy time of the year. Despite some sunny days this week it's still very wet underfoot, but on the upside pasture is shooting out of the ground.

Our contact at Clydevale in South Otago says his main dairy herd is not due to start calving until August 20th, but he's noticed that there are quite a few calves on the ground already in his district. He says its been a dry winter so far, only 35 millimetres of rain was in the gauge for the month of July. Despite this there's been some good grass growth and stock are in excellent condition. Cows that are still in wintering sheds are on grass silage and young stock are out in paddocks on kale.

Milking machines on Southland dairy farms are up and running now that early calving's underway. Weather-wise in the west of the region it's been wet and mild . A farmer at Blackmount says stock behind wire on winter feed crops are making a mess as the ground is not able to firm up. Lambing on the farm's due to start on September 15th. Scanning results for ewes are okay at 180 percent but for two tooths its back a bit at 160 - other farmers have similar results for their two tooths and it could be because of worms in sheep that weren't drenched. Scanning's also shown that triplet numbers are back which is pleasing for farmers as sheep only have 2 teats!