Taranaki has had cold southerly winds and heaps of rain. Dairy farmers are mainly still milking but will dry off earlier than they had hoped. Pasture growth remains higher than normal in Canterbury for the time of year. Dairy heifers that have completed their May to May contract are on the move. Photo: RNZ/Carol Stiles

Northland's dry and very short of feed - there's been no autumn flush of grass growth and lots of cattle are being put forward for sale because of it. However there are few buyers with enough tucker for them, so prices have softened. Some animals are fetching 150 to 200 less than at the same time last year.

Around Pukekohe the weather's been a repeat of last week, with nearly 15mm of rain on Monday followed by fine , mild sunny days. Outdoor crops are growing well. A very large producer of indoor tomatoes says the Australian summer heat wave gave New Zealand exporters 8 weeks of good returns across the Tasman. Bad weather since hasn't been good for the Queensland crop due to be harvested soon and any of that crop coming in to New Zealand is expected to meet strong competition from  good volumes grown under cover here.

In Waikato pasture growth rates are below average and a lot of farmers will  struggle to get pastures up to target levels by the first of June. When farms change hands there's an agreed amount of feed to be left on farms and if there's not, the vendor must pay so the new owner can buy in supplements to make up the shortfall or leave plenty of baleage  There are some pretty skinny cows around - and an Ag consultant says 'not a snowball's chance' they'll put on enough weight in time to milk as well as they could, after calving.  He says they should have been dried off a lot earlier. It would pay to draft off the skinniest and give them preferential treatment.

It's been fabulous weather for the kiwifruit harvest in Bay of Plenty. Packhouses are working around the clock... nearly. 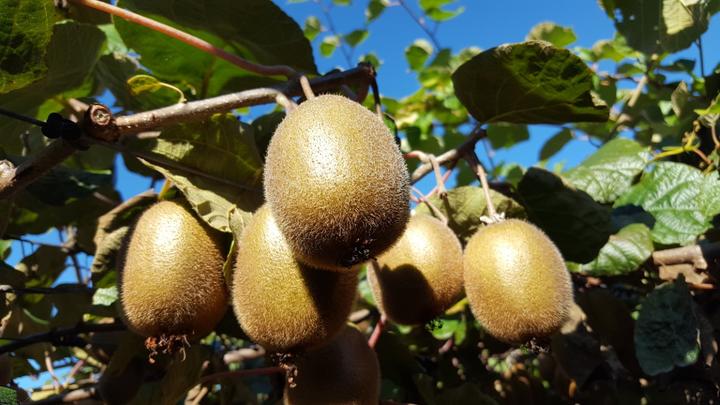 A few frosts have reminded King Country people that winter is on its way . Flats and easy country are going along quite nicely but the hills are still very dry with low pasture covers - that's a concern for those with beef cows and breeding ewes. A lot of nitrogen has been applied to give grass a boost - by tractors and spreaders, trucks and helicopters. Farmers are taking rams out from the ewes and they can now have a rest.  They loose condition because of all the work they've been doing.

Taranaki has had cold southerly winds and heaps of rain. For April districts received 130 to 200 percent of their usual monthly rainfall. Farmers were hoping that with all the rain there'd be a burst of pasture growth but it's only been average because of the low ground temperatures. Dairy farmers are mainly still milking but will dry off earlier than they had hoped.

Until Friday is was a wet week in the Gisborne district and cold southerlies have meant fires are going hard out. The cooler weather will check pasture growth but until now it's been positive. As elsewhere duck shooting's on the agenda this weekend .. as one ag consultant said it's great that farmers have a social component to their year.  Maimai's have been smartened up .. it's a time when town goes out to meet the country too.

Hawkes Bay has heaps of feed but it's getting cool - there've been no frosts yet though.  Pasture's having a really good season and there are some nice clean crops about.  There's not been a lot of rain but sufficient -  and the region is better off than most places in terms of feed supply.  The demand for winter finished lambs is picking up and prices have been lifting week on week.

Wairarapa's had follow up rain so grass growth has been good, although there have been a couple of frosts which will bring soil temperatures down.  Most dairy farmers will be hoping to get a few more milking days in  ... although there are very tired cows and farmers around at this end of the season. Not down in the dumps, just tired.

The lowland area of Manawatu around Fielding and Palmerston North are still 100 millimetres short of moisture and farms don't look great because of that.  Just up the road towards Taihape, Whanganui or Rangitikei, and south in Horowehnua there's lots of tucker and it's green so there's a real contrast when you're driving around.

And across Cook Strait the Department of Conservation says the high number of dead native trees being seen across the top of the South Island is likely caused by drought stress. Areas affected include the Wairoa Valley and the Wangapeka area of Kahurangi National Park. Dead trees have also been reported in the Murchison and Nelson Lakes area, the Wairau Valley in Marlborough, the Marlborough Sounds and the Takaka area in Golden Bay.

DOC staff have seen extensive areas of dead mahoe in Abel Tasman National Park's Wainui Inlet, browning rimu trees on dry ridges near the Heaphy Track, and dead beech trees particularly in places where they grow on thin or stony soils along the banks of the Buller River. Introduced species, including pines and eucalyptus, have also died.

Rain last weekend in the Lake Brunner area on West Coast left about 100 millimetres in the gauge. since then there have been a couple of frosts and fine days. Dairy farmers are sending the last of the empties and any cows with high somatic cell counts to the freezing works. The remaining cows are busy in the milking shed until the month's end, while younger stock and carry over cows are already on winter run-offs.

Pasture growth remains higher than normal in Canterbury for the time of year. Dairy heifers that have completed their May to May contract are on the move and that's keeping trucking companies busy. Winter feed looks like it may be in short supply.  Country rugby is back in full swing which puts a bit of pressure on getting jobs done on the farm before the kids play on Saturday mornings.

Farms in Otago's Taieri region could do with a bit of rain but, on the other hand, no one wants to go into winter with ground that's too wet. Grass growth's been sluggish so cows are on supplements to keep them going until milking ends in three weeks. Our contact says even if the weather holds up he won't extend milking the girls beyond May  - he likes to give them a break before calving starts in August.

Western Southland's had a few showers and some beautiful autumnal days this week. Bull calves are going onto swedes and, for a bit of roughage, they'll get a daily dose of baleage. Heifers are on grass and baleage too. The Ram's starting to look a bit rugged and worn after a few weeks on the job. It's hard work for them, especially on steeper hill country. A farmer at Blackmount says his rams service 120 ewes each but for the hoggets more work is required, so it drops down to a rate of one per 80. 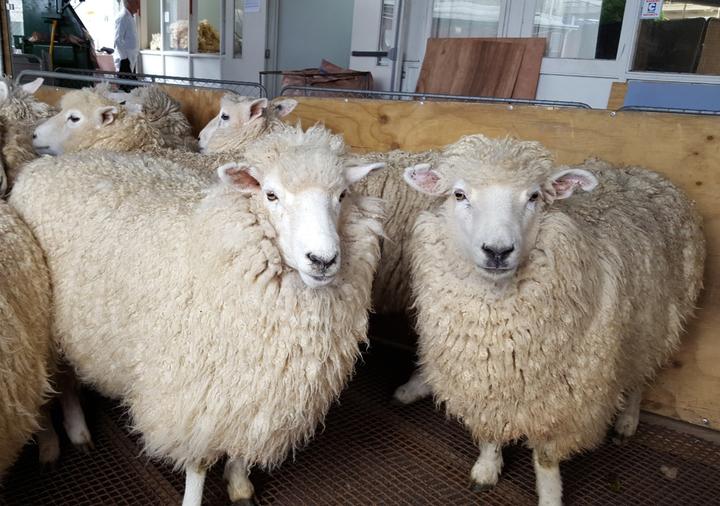