How do you hold onto an identity when it's constantly under attack?

In this episode, Mohamed Hassan talks with Australian Muslims, who say they've had to endure a relentless counter-terrorism campaign.

They tell him it has left them alienated and living in fear, with increasingly divisive politics directly attacking their way of life.

This series looks at the growing Muslim communities in the United States, Australia and New Zealand, and how elections, war and xenophobia have affected their lives. 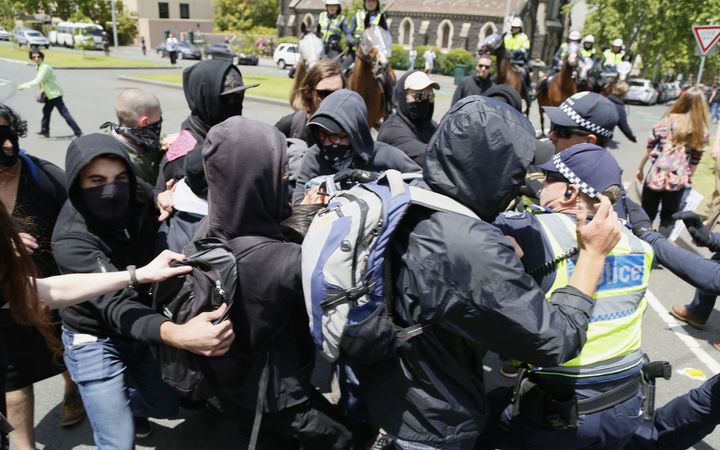 : Police attempt to restrain protesters during a confrontation between two rival groups, No Room for Racism and the far-right United Patriots Front, near State Parliament in Melbourne on November 28, 2015. Photo: AFP