After the Virus: Politics

The world is sliding towards anarchy as the United States abandons its global leadership position in the Covid-19 crisis, says former Australian prime minister Kevin Rudd.

Rudd made the comments in an episode of the RNZ podcast After the Virus, looking at the politics of the pandemic and shifts in global power.

He appeared alongside CNN international anchor Christiane Amanpour who singled out New Zealand as having a world leading response to the virus.

Despite America’s claim to be the leader of the free world, Rudd said that during the pandemic that leadership has been found wanting.

“You could list the other institutions from which the Americans are absenting themselves,” he said.

“The response in Beijing is hip hip hooray! There hasn't even been a fight at the O.K. Corral. Instead, the Americans have simply said, ‘we're not here anymore.’”

Rudd said China was rushing to fill the void, supplying medical supplies from Europe to Africa, pledging $2 billion to the WHO to fight Covid-19 and engaging in intense lobbying to hold leadership positions on international organisations.

“My fear now is that we end up in … the slide towards international anarchy, which is no fundamental equilibrium holding the order together, and no leadership being provided by the United States.”

Rudd said it was already happening in the falling away of international trade rules, which had big implications for smaller trading nations such as New Zealand and Australia. 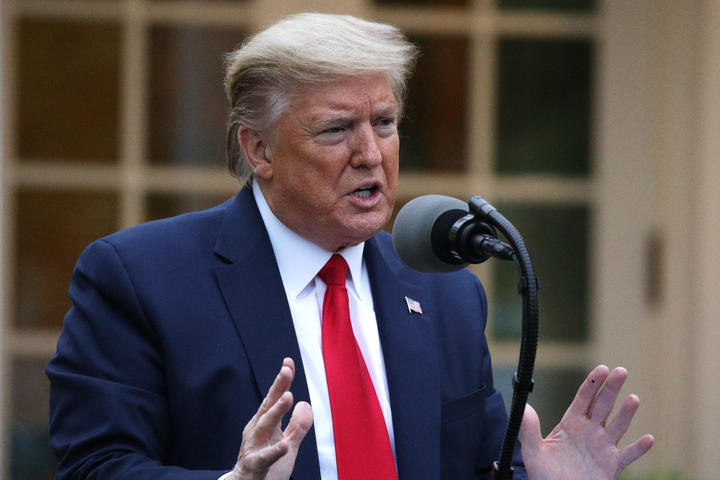 Rudd, who was Australia’s foreign minister as well as prime minister, said under Donald Trump's administration of the US, protectionism had increased and the WTO disputes resolution process had fallen into disrepair.

“If you want to know what it looks like, look no further than the WTO because it is a harbinger of what is happening - the slow and steady drift towards anarchy,” Rudd said. “There are exit ramps, but no one's taking them at this stage.”

“I think it's very worrying that the United States has abandoned its historic role as a global coalition builder and a global force for good in the world.”

She was also critical of Britain’s response to Covid-19. “Right here where I'm sitting right now in the UK, the government of Boris Johnson is playing ideology instead of health policy.”

The CNN anchor singled out New Zealand as a country that had responded well to the virus.

“I think you have an extraordinary prime minister who has taken on some of the most phenomenal human crises, whether it's the mass shooting, whether it's this pandemic,” she said. “The things that she's had to deal with, Jacinda Ardern, since becoming prime minister, would have tested any government and she succeeded.”

Amanpour said the UK and the US could learn from the way smaller countries such as New Zealand had dealt with Covid-19.

Recent stories from After the Virus