A fish shop worker's uniform seems an unlikely item to include in a museum collection, but that's only if you take it on face value.

Lean in to take a closer look. There might just be the lingering smell of fish and chips caught in its fabric.

It's a taonga that tells many stories – the story of a young Tongan woman in Otara working long hours to help her family, and more, the story of this nation's social and industrial identity.

The uniform consists of a navy cap with Toby's Seafood embroidered on the front, a name badge, polo shirt and a royal blue hoodie to keep warm in winter. 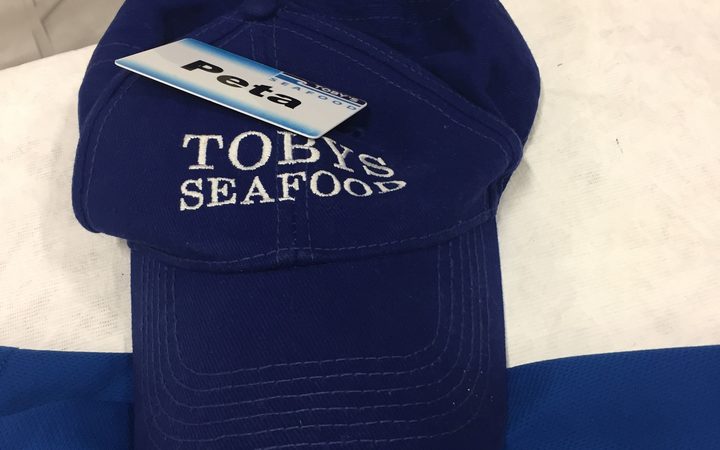 The name badge says 'Peta'. It belongs to Elisapeta Fononga, 18, who donated it after taking part in Project 83 - Small Things Matter - a co-collecting project that Te Papa took with a Year 13 Tongan language class from Sir Edmund Hillary Collegiate in Otara.

When asked by the museum to choose an everyday item that meant a lot to her, she chose her Toby’s Seafood uniform because it represents "the struggle" for her and her family.

"I wanted to put my story out there, just for other people to see and read and just to see what it was like - my experience, you know, working and also studying at the same time," she says.

Nina Tonga, curator of Pacific Art at Te Papa, says the uniform is part of the social history of Tongan youth as told by Elisapeta.

"The reason she gave it to us was because she actually wanted to tell the story of sacrifice and of family. So she saw her parents struggling financially and she really wanted to help them by getting a part-time job."

Toby’s Seafood is New Zealand owned and operated and has five fish shops in Auckland. They sell all sorts of kaimoana including shellfish, fresh fish and that Kiwi classic - fish and chips. 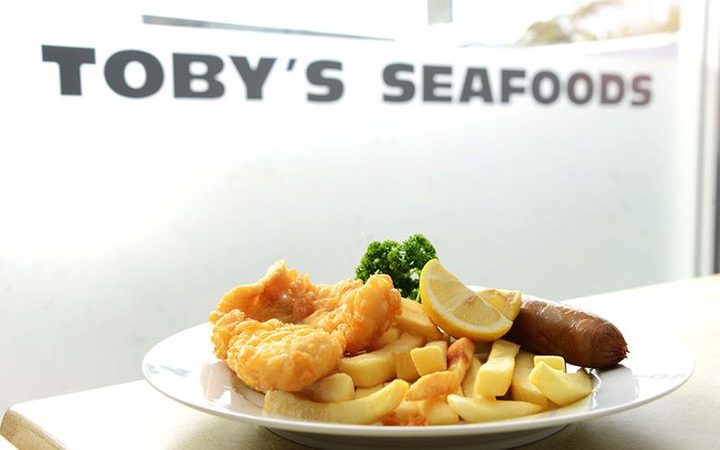 Elisapeta started work at the Otahuhu branch of Toby's in late 2013 when she was in Year nine. She had to pay for her uniform, though the tee-shirt was free. The jacket cost $17.50 and the cap $20. She mostly worked at the cash register but also helped the cooks and did cleaning.

Elisapeta, who has nine brothers and sisters, worked part-time but long hours, 7am to 7pm, getting paid what was then the minimum wage of $15.75. Her mum helped her get the job as she already worked at Toby's fish markets.

Tonga says the uniform has a story that goes beyond Elisapeta’s life.

"So, a very specific story about a young Tongan woman in Otara but also a bigger story about industrial history in New Zealand and who takes part in those histories and which part they take a role in." 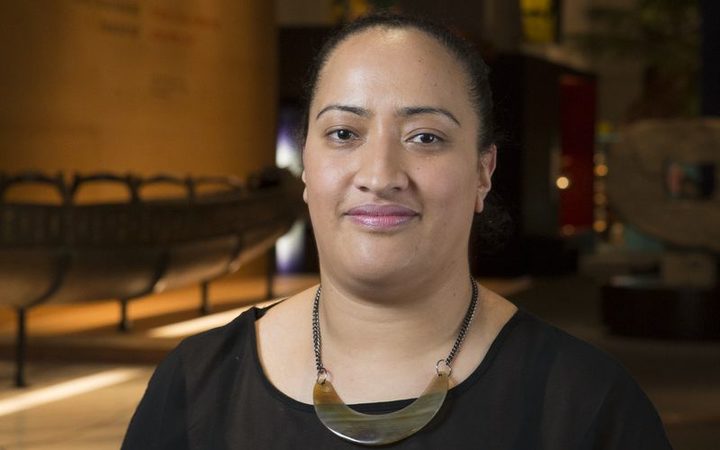 Tonga says when she heard Elisapeta's and other students' stories, she wanted to cry.

"For [Elisapeta], she saw struggle as an opportunity to also contribute to her family and it was actually a story about pride."

Elisapeta finished work at Toby's Seafood last year and is now studying at Manukau Institute of Technology, doing a bachelor of Nursing Pacific. Soon, she will be wearing another uniform that speaks to hard work and sacrifice.

When asked what she thinks makes a good nurse, she says: "Someone who gives in all their time, you know, in what they do, patience and respect".