“It was a mixed emotion,” says Abubakar Basman of the decision to join a rescue team when his hometown - Marawi City, in the Philippines - was attacked by members of a terrorist group associated with ISIS, in what became known as The Battle of Marawi. 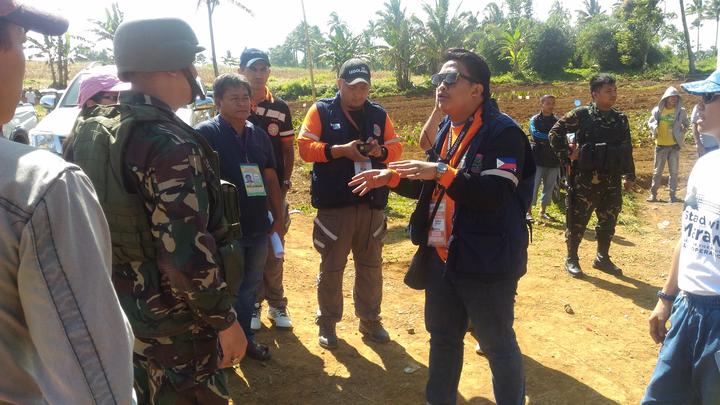 Abubakar (right) during a community program in one of the Evacuation Centers. Photo: Supplied

When the siege broke out in May 2017, Basman had just returned from the United States where he was selected as part of a youth leadership programme to learn about building community resilience in the event of a disaster. Yet, he could never have anticipated that one would strike in his hometown.

Only 21-years-old, he was the youngest member to join the volunteer team and says the snap decision came as a calling.

"This is my purpose," he says with a smile. 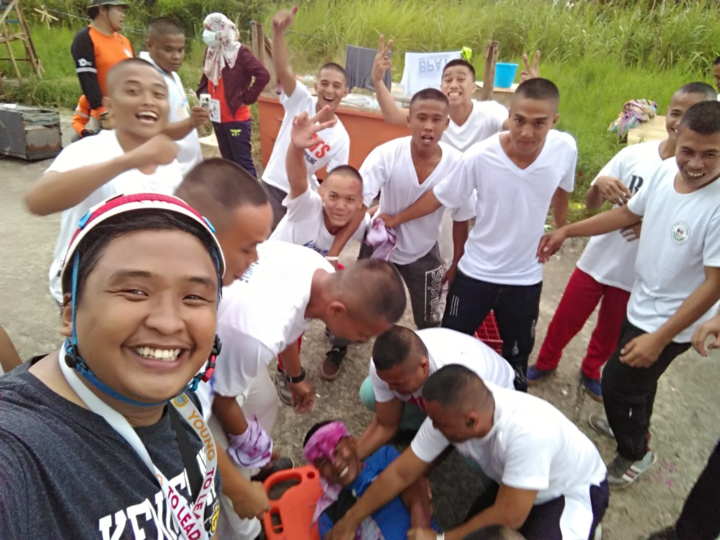 But arriving in Marawi City was confronting and frightening. His hometown was unrecognizable.

“There were terrorists with heavy caliber guns and grenades,” says Basman who witnessed families with young children and babies fleeing from their homes.

Basman has had experiences that will remain with him forever. None of the volunteers had any disaster aid training before joining the rescue team, who the media later tagged, The White Helmets of Marawi.

The volunteers were running on instinct and learning on the job.

Tears well up in his eyes as he recalls his first retrieval mission. 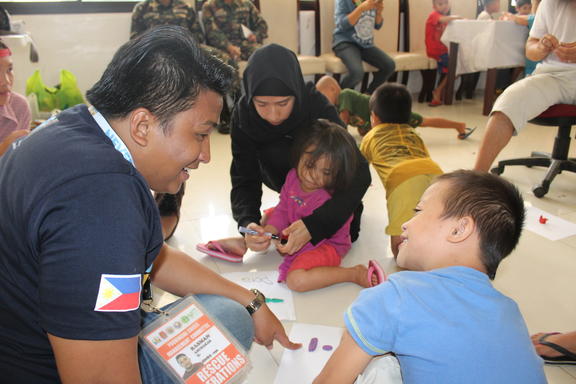 Abubakar Basman with children in a Psycho-social program for those who have been exposed to the crisis. Photo: Supplied

“I discovered the smell of a dead body...a dead human,” says Basman of a stench that permeates hair and clothing well after leaving the scene where he helped to collect remains of men who had been shot by the terrorist group.

“There’s no flesh, but it still stinks like rotten meat.”

It’s been three years since the siege took place in Marawi City, a place that will never be the same again. Just as  Basman's life has also changed and today, he's committed to a path of helping those in his community.

Find out why Abubakar Basman put his life on the line and how the siege changed his life in this final season’s episode of RNZ podcast, Only Human.

Recent stories from Only Human