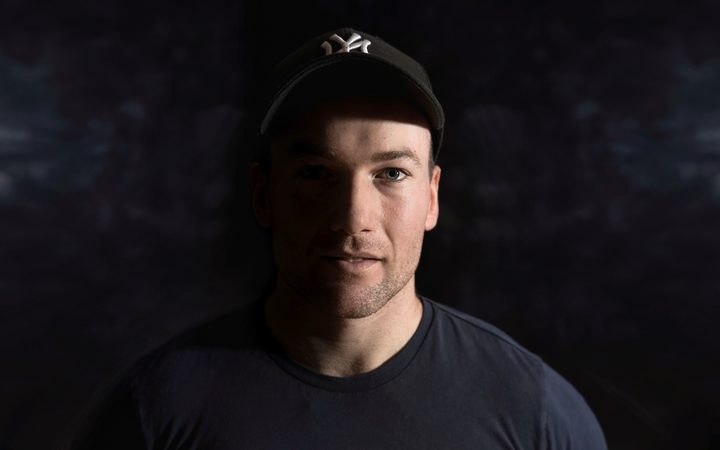 As a teenager, Chris Kennedy dreamed of being a professional skateboarder, but that dream went off the rails.

These days, he's training the New Zealand Breakers development players, while studying a masters in sports science at AUT as well as training for the powerlifting world champs.

But he has a past. One he’s not entirely proud of.

While at boarding school in Timaru, Chris was skateboarding everyday, but needed money to afford parts. His solution - grow marijuana in his hostel with a group of friends.

After a few months of dealing at school, the group were caught and Chris was expelled on the spot. He returned to his hometown of Ashburton to continue studying, but just three months later he dropped out.

Chris then got a job at a local vegetable processing plant where he would work during the night and skate during the day - his dream.

"Instantly from there it started going wrong because I wanted to work and also wanted to skate.

"I'd just work all night and skate all day and wouldn't sleep and I just didn't think about planning situations like finding a place to rent and food shopping.

"I just didn't know what to do and started living in my car...I just started spiralling because living in the car, this thing here leads to other stuff.”

That 'other stuff' was an addiction to methamphetamine and LSD - a way of sustaining his lifestyle of no sleep or eating.

Chris kept that up for four years, before he finally reached his lowest point and came to the conclusion the best place for him was prison.

Aged 20, after a night out at a party in Ashburton, Chris took a small kitchen knife to a local dairy and committed aggravated robbery, walking out with $100 and a packet of cigarettes.

What he took didn’t matter. All Chris wanted to do was be caught.

He wasn’t, so he phoned in to the Crimestoppers hotline to 'anonymously' dob himself in.

Chris was arrested and sentenced to three years, one month in prison.

At his sentencing, he says he finally felt at peace, but Chris’s family were deeply upset and confused by what he had done.

Chris couldn't explain why he did it, but he knew what he did was wrong.

"First day in, didn't know exactly what to expect, sort of thought it was like the movies, but I went in and everyone's just normal people.

“A couple of the Mongrel Mob members asked if I wanted to join in on their workout, so they took me through this really crazy leg workout, it was very very hard. I spewed up like probably four or five times, I got the nickname 'Chucky' that day and I just felt good after the workout eh, I just felt endorphins and good all that kind of stuff."

Exercise gave Chris a renewed sense of life and purpose. He continued working out, began reading and charted a course for life after prison. 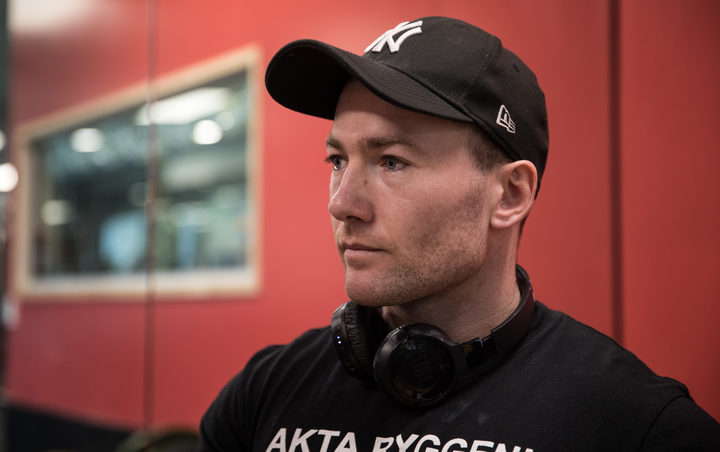 In 2014, Chris was released and he enrolled to study sports science.

Three years later, while on an internship at Academy Southland - a programme working with the region's top sporting talents - Chris was introduced to the physio of the Southland Sharks basketball team.

He was asked to join the team as a strength and conditioning coach and it didn't take long for Southland Sharks coach Judd Flavell to see Chris's potential.

"The first thing that attracted me to Chris was what we had heard about his work ethic. But also what I saw was his enthusiasm for what he believed in.

"Chris was on his way up, looking for exposure and we were looking for someone who had the time and energy," Flavell said.

Flavell, the assistant coach of the New Zealand Breakers basketball team, asked Chris to move to Auckland and take up a voluntary position with the team.

Eager to make his mark on the high performance scene, Chris agreed and made the move north.

He joined the Breakers as a volunteer strength and conditioning coach while continuing his studies towards a masters in sports science at AUT.

To pay the bills, he worked at the university gym and as a personal trainer for strength athletes throughout the world. Chris never disclosed his criminal past to Judd or the Breakers, partly because as a volunteer, he didn't have to.

However, last year Chris posted about his life on social media and it took Flavell by surprise.

"I just thought 'wow' this guy has really turned things around' to the point where I wouldn't have even thought twice about that during my time with him.

"I just think he's done an incredible job and [it’s] inspiring for all of us too, it's been amazing.

"Sometimes I think we all probably hit rough patches and when you see someone that's hit bottom and to where they're at right now, in a short amount of time, for someone so young too, it's inspiring for someone like myself too." 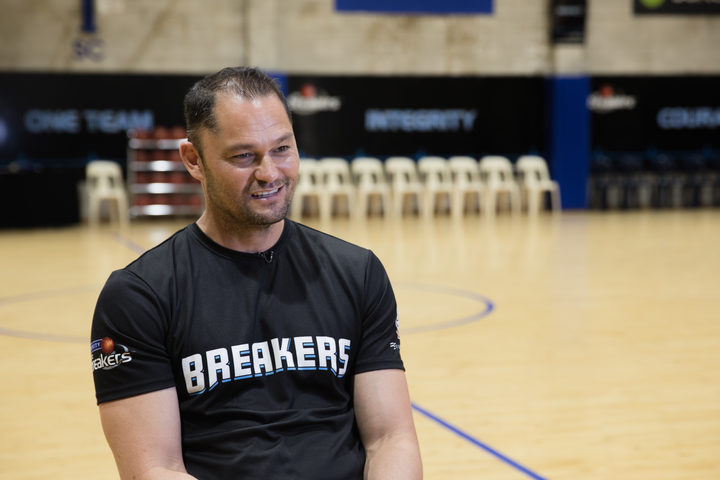 Challenges of a former prisoner

Finding a job outside of fitness and even car insurance is difficult as he has to disclose his past. In two years he will eventually be able to get insurance, once he's gone without offending for seven years post-prison.

His criminal record will always remain though, but Chris doesn't complain about it, he understands his reality and accepts that there will be adversity in his life.

However, there is one thing he is certain of, he's no criminal anymore.

"[People] make some bad choices, I'm still the same biology as what I was back then, [I] just have a different psychology.” 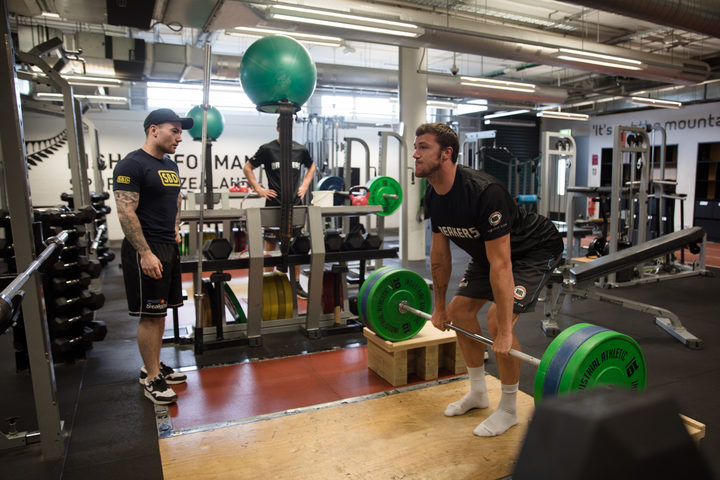 Prisoner welfare advocate Sir Kim Workman says Chris is one of thousands of New Zealanders in the same situation.

The clean slate scheme introduced in 2004 allows people convicted of crimes that don't result in a prison sentence to have their records wiped after seven years.

Last year the Labour government announced it plans to cut the prison population 30 percent over the next 15 years in an attempt to curb the growing numbers behind bars.

Sir Kim hopes the government will expand the scheme to those who serve time for less serious crimes - something Chris believes would go a long way to helping others like him re-integrate into society.

Sir Kim said if the government is is committed to reducing the prison population and stop criminals reoffending, it needs to look at initiatives similar to that in the US federal system.

"If someone applies for a job with the federal government, they're not allowed to consider any previous conviction until such time as the person has been shortlisted for the job.

"And then when they are interviewed, they have the opportunity to give evidence as to how they have rehabilitated, they can provide references so that the matter can be properly considered," Sir Kim said. Fitness is his future

In the meantime, Chris will continue his studies, help out the Breakers and pursue his other passion - powerlifting.

Last year he finished second in his weight class and sixth overall in New Zealand. At just 5'4 and 74 kilograms, Chris can lift a combined total of over 700kgs in powerlifting's three disciplines - squats, bench press and the dead lift.

In June he's heading to the Powerlifting World Championships in Sweden, one of the few countries he doesn't require a special visa to visit, where he hopes he can finish within the top three in the world in his weight-class.

He'll continue working towards a PhD in sports science and keep up his personal training. He even plans on picking up skateboarding again.

But Chris's ultimate goal is to show prisoners that you can lead a successful life on the outside.

"The first step is to become successful so that me talking to them because a lot more powerful, opposed to being someone who's just got out of prison.

"[I want them] to see as bigger picture as possible so that something small is possible too."