Reimagining the future of fashion

Today emerging designers are faced with some pretty big challenges. Not only are they vying for limited opportunities in a highly competitive industry where launching a new label requires substantial cash flow and time to build an audience. They're also faced with the issue of creativity versus the commercial reality of the fashion industry. 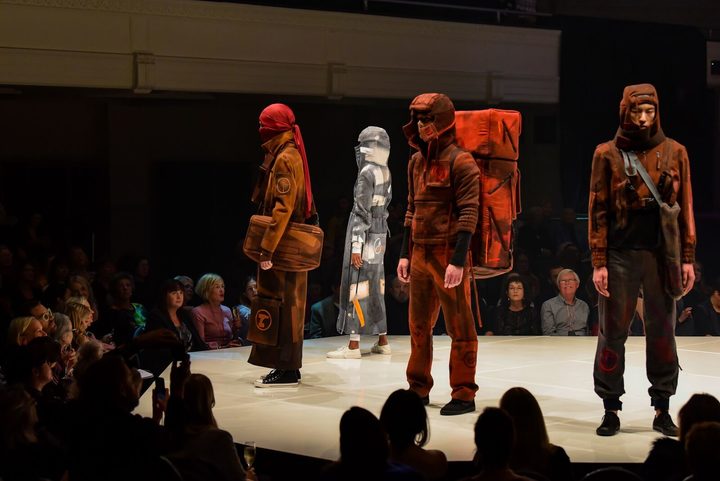 Designers want people to buy their clothes, but is it possible to do that without feeding the problem of excess consumption and consumer waste?

In this episode of RNZ podcast My Heels Are Killing Me Sonia Sly meets seven designers whose inspiration spans the turkey tail mushroom, hidden circular forms, the male gaze, and Taoist funerals - all as part of this year's iD Dunedin Fashion Week.

Ethical practice and sustainability is central to the work of many new designers, and for those selected to show at this year’s iD International Emerging Designer Awards it didn't overshadow the creativity and powerful stories that were translated into highly innovative collections. This year, designers were selected from 19 countries exploring a breadth of ideas.

Australian designer Alissar Hammoud works solely with denim. Her collection includes a variety of techniques like stone washing and reworking existing handbags into ‘wearable’ garments. She also focuses on minimal waste and the importance of buying investment pieces that last the distance and can be worn in multiple ways. 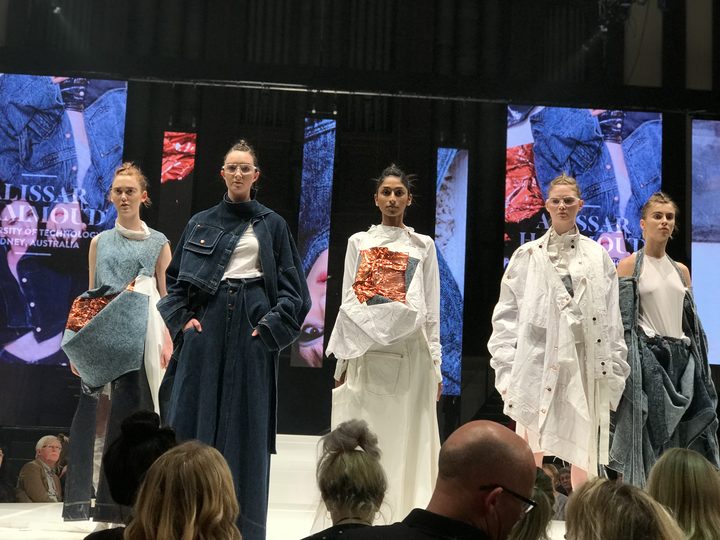 The inspiration behind her collection traces her parents story of migration.

“There’s a sense of protectiveness in each of my looks,” says Hammoud.

Hammoud's parents arrived in Australia after experiencing war and terror in Lebanon and Hammoud says this fed into her process. She looked at movement and ‘protection’ and incorporated this idea into her collection using armour-like layers. She also applied lamination to waterproof selected pieces in her denim range.

“There was a lot of war and struggle that was happening back when my parents were in Lebanon -  they had to come on a boat to Australia and it was a huge journey for them. It always inspires me now, and it goes back to what my parents stand for."

"They literally started from nothing and created something out of themselves,” she says.

Argentinian designers Camilla Fuchs and Micaela Clubourg presented at iD as a duo. Their label ‘Cumbre’ translates as ‘being at the top of the mountain and the journey to get there’. 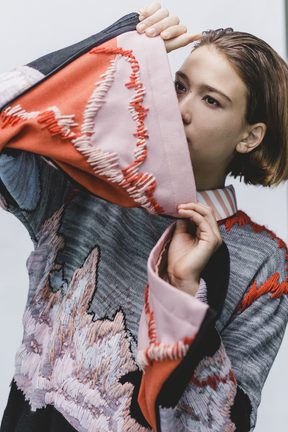 The pair’s collection played on themes of modern climbing and the immediacy of their surrounding landscape and they chose to reimagine some existing pieces, while also creating a few new ones.

“We believe as designers that you must have a conscious mind," says Micaela. “It is a bit controversial when you design, because you’re creating something new.”

Part of the pair's ethos involves thinking about who might buy their clothing and why. The designers spoke of giving their garments a new ‘value’.

“For instance,we could customise a sweater and give it another value,” says Clubourg.

The pair say their process is about taking something once loved and turning it into something new that can be worn again. This allows for the designers to work creatively without contributing to excess.

Dylan McCutcheon-Peat was the only Dunedin-based designer at this year's event.

The graduate of Otago Polytechnic (Fashion) took the concept of masculinity and turned it on its head, exploring society’s objectification of women and subverting the male gaze.

“I feel within my own personal life that I don’t really fit into any of the stereotypes of a man and I wanted to look at the idea of bringing out the repression,” he says.

The designer subverts the male gaze by placing it back onto the man. In doing so, the designer applied lingerie elements to deconstructed tailored menswear pieces. This adds a sense of vulnerability and the overt exposure of bare flesh, which isn't ordinarily a feature of traditional contemporary menswear suiting. 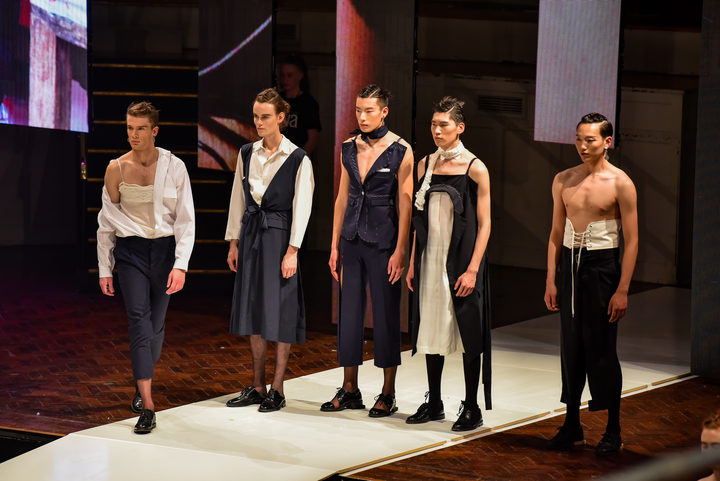 For McCutcheon-Peat the experience of creating a very personal collection has inspired him to want to do the same for others. He says this also adds value to a piece and makes it more ‘personal’ to the wearer.

“It’s a very daunting and very ugly industry, and that’s why in the long run I only want to offer bespoke garments for people,” he says.

Listen to the podcast to hear these designers and more.