Benny Castles: Carving out a career in high end fashion

It’s a tough time for the fashion industry right now with a multitude of layers and questions about the way businesses are operating, ethical practice and the reality of garment producers becoming sustainable, on top of the mounting reality of staying afloat in a competitive industry. 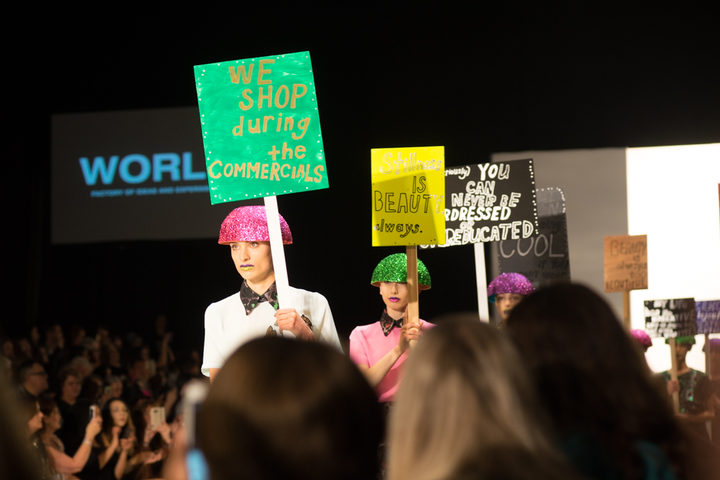 And some of these questions have been front and centre this week with debate around WORLD, who used the label ‘Made in New Zealand’ for garments that have been produced in Bangladesh, with co-founder Dame Denise L'Estrange-Corbet stridently defending her company, saying 99 percent of their goods are made here.

But just a few days before the controversy broke, Sonia Sly was at iD Dunedin Fashion Week where she conducted a public Q&A session with Benny Castles, the Creative Director and designer for WORLD. 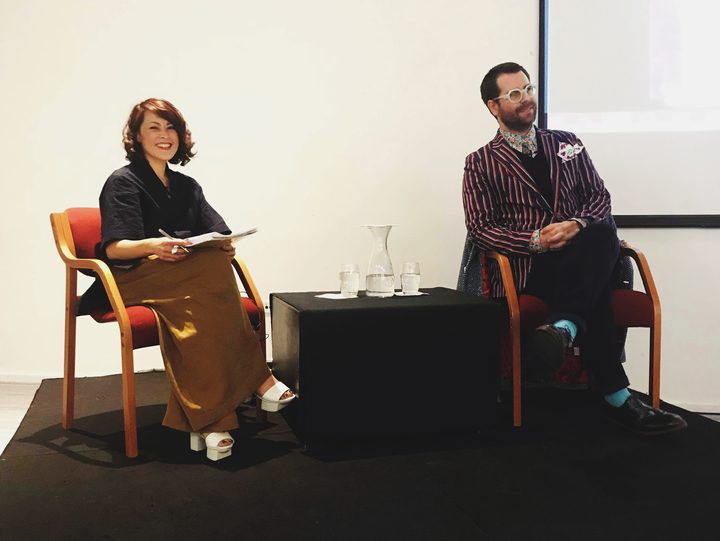 Benny Castles isn’t afraid to speak his mind, which has been an asset in working alongside Dame Denise L’Estrange Corbet and Francis Hooper, who launched WORLD almost 30 years ago.

Castles joined WORLD eighteen years ago, while in his later teens and never saw an obvious path in the fashion industry. But early exposure to luxury international fashion retail and observing his father’s penchant for fine tailoring gave the designer an eye into the craft and an understanding of the importance of quality customer service.

And retail is exactly where Castles launched his career in the industry. Starting out on WORLD’s shop floor, today it’s not uncommon to see him interacting with customers in one of the label’s Auckland stores.

“A retail experience is about a journey [and] being in [the WORLD store] as an 18-year-old [exposed me] to a wonderful group of people and that was [very] formative,” he says.

Castles says one of the realities of being involved in fashion is the exchange between the retailer and the customer.

“There’s that ego of a fashion designer that will get in the way of being honest about what we are,” says Castles. “We are retailers [because] without customers our art doesn’t exist,” he says. 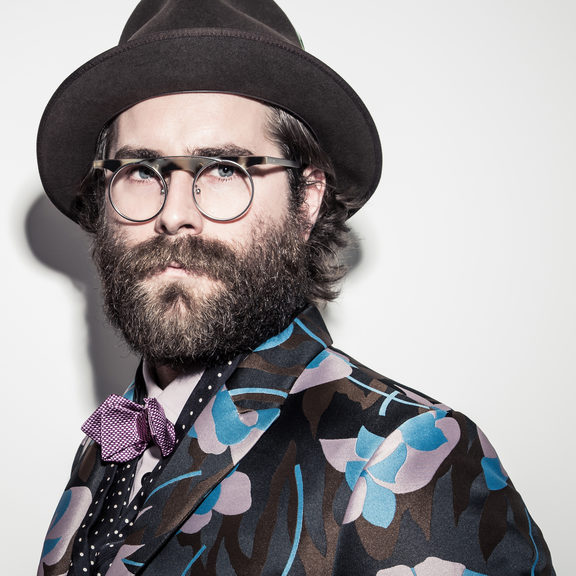 With an outspoken attitude and an ability to identify a need to grow the brand, Castles quickly transitioned to designing.

“I would be quite opinionated about what we were doing [and] about the fact that we needed [to expand the range] because people wanted to buy WORLD,” he says.

Back in 2004, Castles convinced Hooper and Corbet that the brand needed its own menswear range, which to date has played the label’s strength in redefining the industry in New Zealand.

The duo then set Castles what might have seemed like an impossible task: to create a collection in four weeks. If he came up with the goods his collection would be included in WORLD’s show at New Zealand Fashion Week.

Castles hit the ground running, reading pattern books and playing with existing core pattern blocks. He says he was fortunate to have been given the opportunity almost 15 years ago, referring to his first collection as ‘a play on street wear versus high fashion.’

“Failure wasn’t a big deal...I was excited [and] was trying to think of who our customer was at retail, presenting them with something that was outside of their existing imagination,” he says.

Having no formal training he learnt his craft on the job in an experience he describes as an apprenticeship. One that gave him the opportunity to be playful and experimental, while also working in the WORLD workroom under the watchful eye of its founders.

“This is not good or bad [but] I bypass a lot of time to get to where I want to go,” says Castles of his design process.

But that doesn’t mean that mistakes don’t happen along the way, and Castles is the first to admit it.

Today, Castles is an integral part of the fashion house as one of WORLD’s business partners and he understands the constraints that many small businesses and especially those in the fashion industry are faced with in this current climate.

The brand has downsized considerably over the years, dropping to half of its original 12-15 employees. 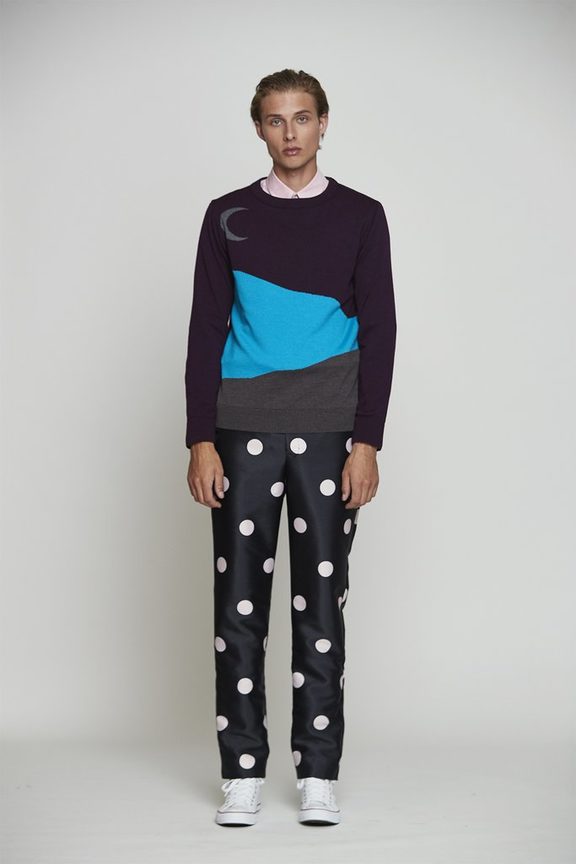 “One of the funny things about fashion and having a fashion business is that its difficult to make money in New Zealand,” he says.

Castles adds that had he known how hard it was going to be he would probably have walked away. He says those in the industry today, including WORLD are doing twice as much work, ten times faster and with half as many people, which adds to the stress of running a small business. This adds to the mounting stress of having to excel at what they do with each season’s collection.

“We understand that that is a reality and we do our best to makes sure our products have some sort of connection to people and an ability to add something to their lives,” he says.

“We’re not trying to be cool, because as soon as you’re hot, you’re not. And [I have no interest] in trying to understand global trends and what colours are in.”

Castles says the benefit of the brand’s sore thumb mentality allows the label to be creative and figuring out how to sell the products, comes later.

“Fundamentally we’re not in it to make money...our goal is to make people happy,” he says.

But the raw reality for fashion brands is having to work under increasingly tighter deadlines.

“Season’s aren’t seasons anymore [but] the economic forces mean we have to put our collections in store earlier and earlier. We put in winter in the last week of January, [which] is the hottest month of the year.”

But despite the pressures, Castles says there is no temptation to take its production off-shore. The reality, of course, might differ as young people are not interested in taking on core skills required by the industry, which Castles says could bring local production to a halt. And even though fashion schools continue to produce designers, but there are very few jobs available for them.

“A brand likes our [doesn’t] employ designers and we certainly don’t have money for them [so]  there isn’t a clear path for those people,” says Castles.

But all is not lost. And Castles says it’s the new immigrants coming to New Zealand that are vital to keeping local production alive.

“[They’re] bringing wonderful knowledge and great understanding, [along with] new techniques and hard work that is enlivening the industry,” Castles says.

While New Zealand labels can never compete against international giants like Zara and H&M Castles believes that New Zealand fashion labels still have an advantage at the upper end of fashion retail.

“What we can compete with is luxury boutique presentation of fashion in the same way that we‘re doing with wine, or honey or milk, and I believe fashion could be one of those industries that will continue to employ a vast number of people both creatively and functionally,” he says.

Listen to this episode recorded live for My Heels Are Killing Me to find out how Benny got his start in fashion, the reality behind local production in New Zealand and the future of home grown fashion.