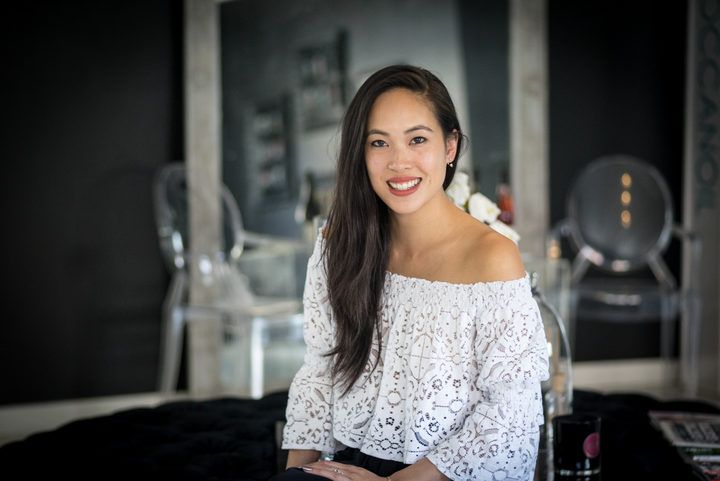 Trish Peng says it's a good time to be part of the bridal industry Photo: Sonia Sly

There is no room for even one tacky sparkle on a Trish Peng wedding gown.

“I’ll do a classy sparkle instead,” smiles the Kiwi designer at her PR agent’s Auckland showroom.

Bridalwear is a market that continues to grow and these days it’s an industry that is no longer restricted by seasons, Peng says.

And unlike ready-to-wear, it’s also not impacted by the economy.

“It’s been incredible [being in this industry]. People are always getting married and they’ll spend whatever they want on their wedding dress,” says Peng, who is based part-time in LA.

These days, brides compete with each other – they want to top their friends' dresses and sometimes try to out-do their friend’s entire wedding.

Her parents would have preferred for her to go down a more conventional route like accounting or medicine, but fortunately for stylish brides-to-be, they supported her creative pursuit.

Vera Wang was my idol from an early age Trish Peng

With a customer base in both Los Angeles and New, Zealand it’s been a learning curve for Peng to adapt to two different markets.

For US brides ‘bigger is better’ especially when it comes to a pavlova ‘A-line poof.’

But Peng adheres to her own aesthetic and American clients are drawn to her elegant, timeless designs, she says. 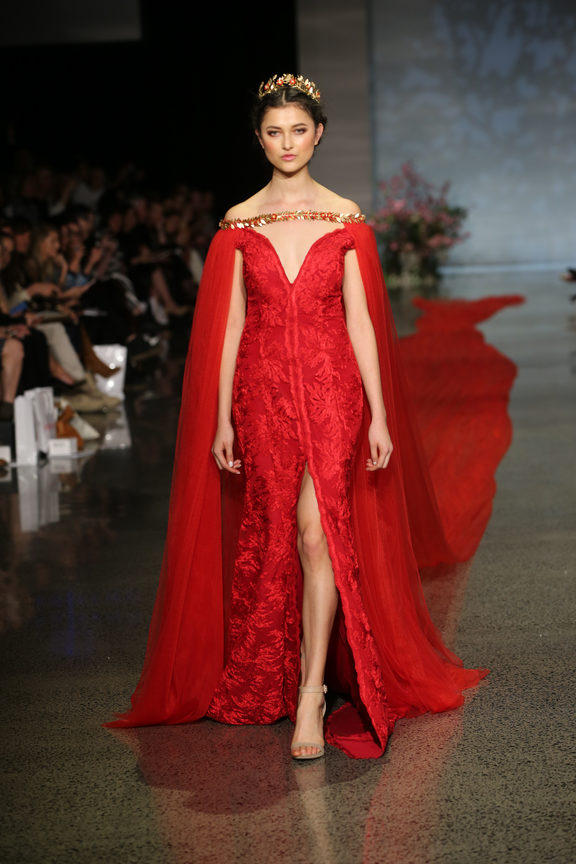 Peng has been in the industry for six years, but officially set up her bespoke bridal and eveningwear business three-and-a-half years ago.

Last year, she even made it to the headlines of the Daily Mail for a show-stopping red gown.

With its record breaking 25-metre-long train it was designed especially for the finale at New Zealand Fashion Week.

It took a lot of rehearsal for the model to complete the entire walk around a horseshoe-shaped runway and the spectacle added plenty of theatre to the wedding show.

That dress also captured the attention of the Asian market - red is an auspicious colour worn by many Chinese brides on their wedding day to represent good luck and prosperity.

Peng has also become a sought-after name with a growing celebrity client base.

“We created [actress] Brittany Daniel’s wedding dress [and] had a feature in People Magazine,” she says.

The publication also produced a video series about the creation of the gown from start to finish.

“[Brittany] ended up inviting me to the wedding... it was just so special and we’re getting some momentum from that.” 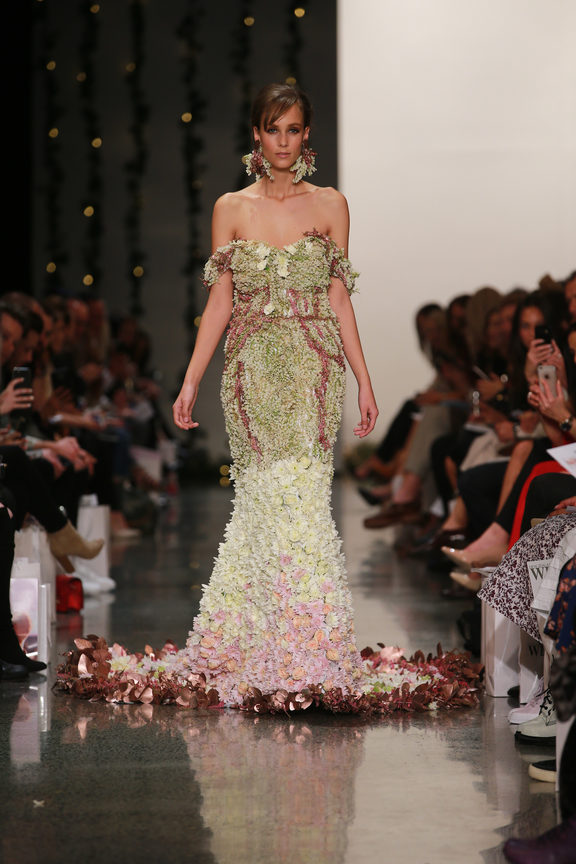 Trish Peng's fresh floral gown had to be kept in the chiller, NZFW 2017 Photo: Norrie Montgomery

Never one to shy away from a challenge, this year Peng designed a dress for New Zealand Fashion Week made entirely of fresh flowers.

The creation took more than 100 hours to make and four people were needed to dress the model on the day. It’s also the only time you’re likely to find a wedding gown in the chiller.

“It was so heavy, [but] I wanted to top last year’s dress,” Peng laughs.

Could this be replicated for a real bride one day? Peng thinks so.

“I would be totally open to it because a wedding is one day and the dress lasts three days.

"We could always cut up a little split in the back so she can sit down... There are different ways we could do it.”