Notch, armano, peaked and shawl lapels to the besom, patch, welt and flap pocket. Menswear is all about the details and new label, French 83 are providing a twist on classic staples to create contemporary suiting for the modern man.

The team behind French 83 talk to Sonia Sly for RNZ’s fashion podcast, My Heels Are Killing Me. 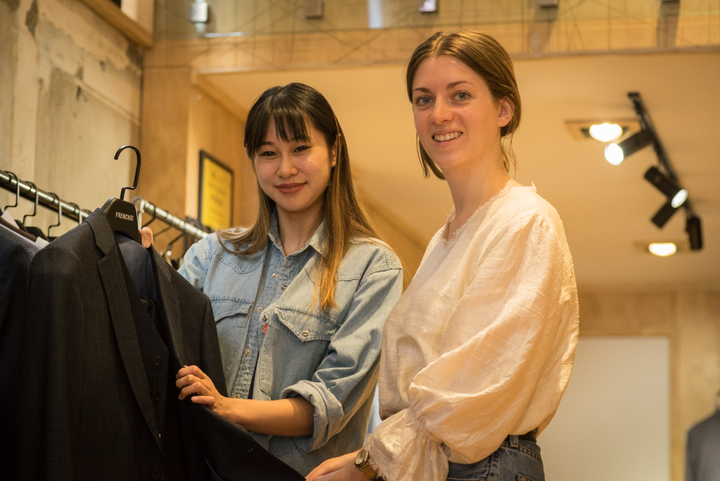 Located at the bottom of Auckland’s Anzac Avenue, the label shares the space with a hair salon —  get your hair done and then head to the back of the store to shop up a storm, or the other way around. It’s convenient, and exactly the way that men like to shop.

What you’ll find at French 83 are beautifully laid out racks and shelves set against a natural wood interior. The look is clean, elegant and boasts a sophisticated edge. There are bomber jackets in contemporary prints to suits and even a brushed cotton shirt features unexpectedly on the racks, which designer Nicole Wesseling says is about catering to the needs of the guy who has a life away from his city office job.

The label has been running for five years with one of its founders, Peter Cheng, now based in China. Intensive research into the market and manufacturing process began before launching retail stores in New Zealand and Beijing. In its early stages the label worked closely with  students at Whitecliffe College of Arts and Design, the very place they found designer Nicole Wesseling, who had dreams of starting her own label. She still does womenswear on the side, but French 83 is her main focus. 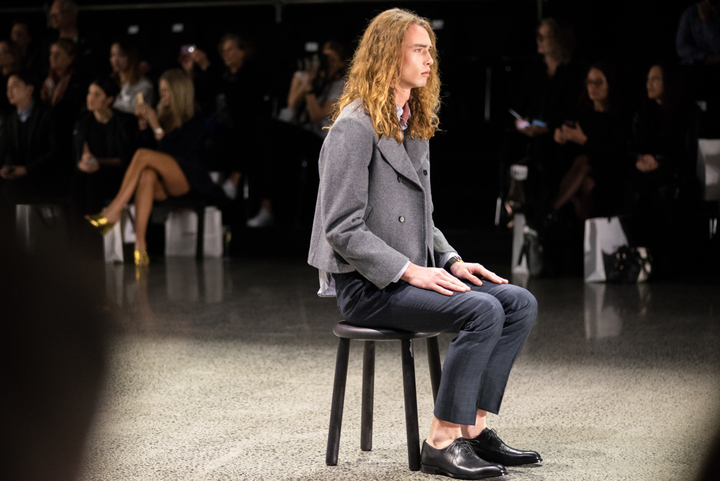 “It’s ridiculous designing straight out of uni, but I just rolled with it,” says Nicole.

The 24-year-old says that designing for the menswear label is similar to when she was creating collections at fashion school. She pulls ideas from different places and largely works on her own throughout the design process.

French 83's target audience is the young professional and their market extends across to Asia. In China and Hong Kong their clients are largely European and Nicole says it’s important to keep both markets in mind.

“I work 12 months in advance and I’m thinking of winter 2018 and seeing what’s working in the market. For next summer — which we don’t have a name for yet — the collection is based around ‘Wes Anderson meets 1970’s tennis,’ so it’s quite different every season and it always seems to work," she says, adding that another key element is focusing on the right colour palette. 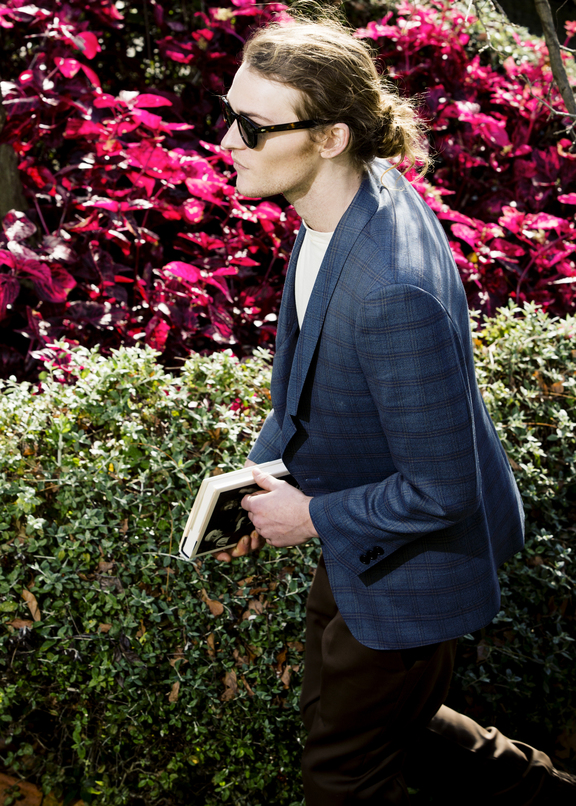 Clothing that takes you on the move. Photo: Courtesy of French 83

The name French 83 derives from one of the founders — a Frenchman who has now left the business, and ‘83’ being the year that both Peter and his former business partner were born.

“It’s not just about fashion, “ says Peter’s sister Vivian who is the brand’s operations manager.

Sourcing high quality textiles and working with the best manufacturers and craftspeople has been key for the label, with their focus on limited runs and quality products.

So why start a brand in a competitive market that might already cater to the needs of the Kiwi man?

Vivian, 27, says her brother felt there was a dearth of menswear in New Zealand and wanted to create a range that was tailored to suit the young professional while also being infused with aspects of New Zealand’s clean green living.

“There are so many rules around menswear that we can break and then make something different,” Vivian says.

“I definitely think it’s more acceptable [for] guys to care about trend and style now, especially with more media stars like Kanye West or Lebron James talking about fashion on social media. ” 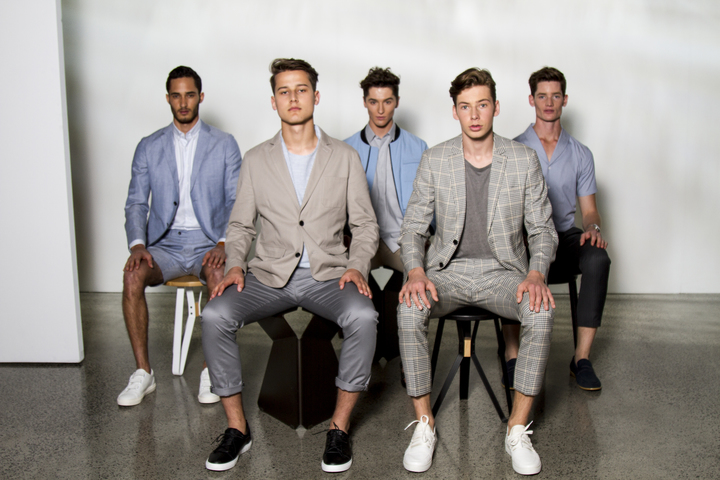 One difference that sets their business model apart from other Kiwi labels is that they initially tested the waters in China.

“We’re in Beijing [and] China’s GDP is growing so there are a lot more mid-income earners who have that spending power and [they] care about how they look and what they buy,” says Vivian.

“Beijing is a powerhouse for China where there’s a lot of start-ups and it’s culture-rich and commercial [so] it was a very obvious place for us because fashion is very much about art and culture. [Plus] it was a good place to start without getting completely commercialised,” she says.

The Chinese market is much bigger and the demands are distinctly different from New Zealand. Chinese consumers are conscious of following international trends and want to know where the fabric comes from and the story behind the brand.

“Kiwis care more about connecting to the brand [and they’re more concerned with] the vibe and service before buying a product,” Vivian says.

“We want to be more of a lifestyle brand and we’re all about showing off the Kiwi goodness, including Kiwi art and food. Our Oliver White AW17 collection was based on a young professional New Zealander.”

Being Kiwis has helped the label to promote their story overseas. It provides an interesting talking point about good quality New Zealand products, particularly in their Beijing store.

“We’re very lucky because of that reputation — we don’t want to be mass produced,” says Vivian.