"The first bag I ever made was called a rat bag, which also happened to be the name of a Dunedin pub but I didn't know that at the time." — Jessie Wong, designer and founder of Yu Mei. 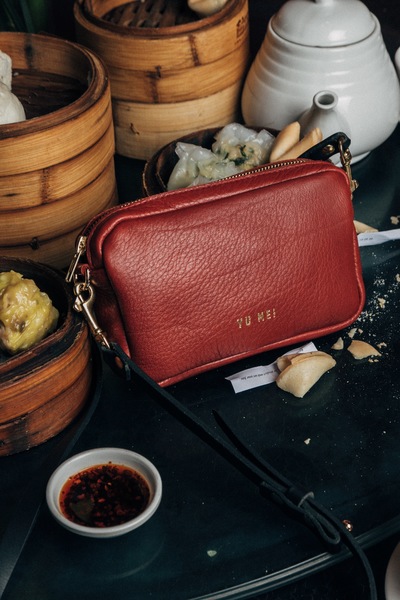 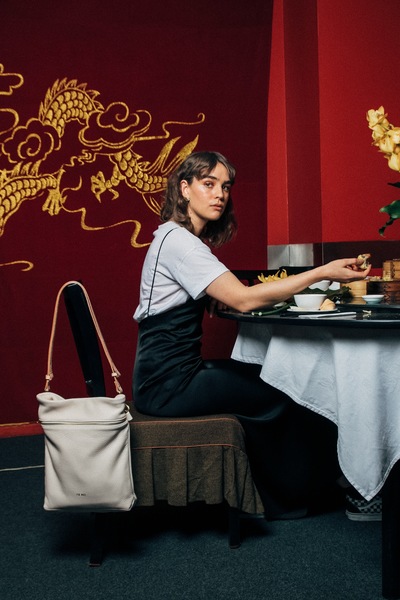 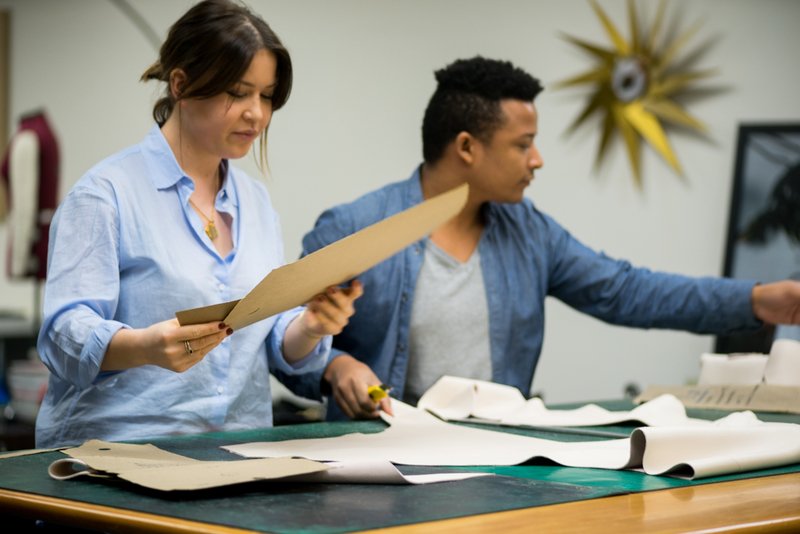 Hard at work in her Wellington studio, image Sonia Sly 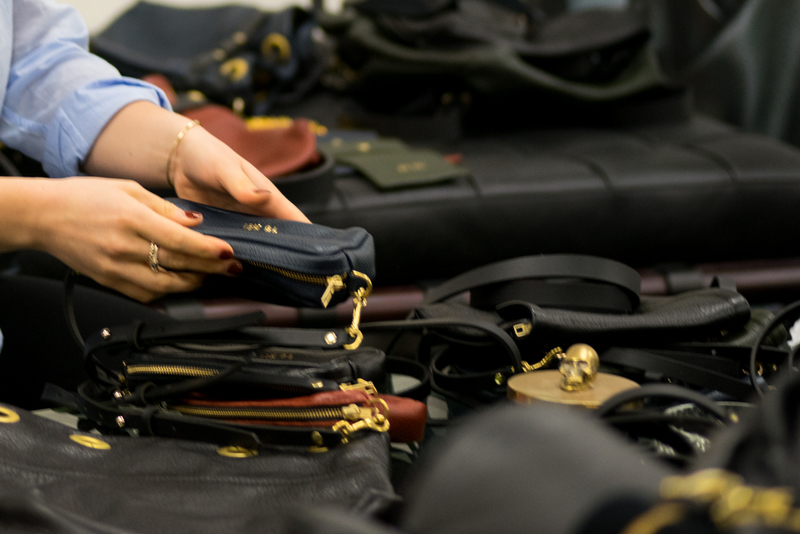 Running a business is about keeping up with demand, image Sonia Sly 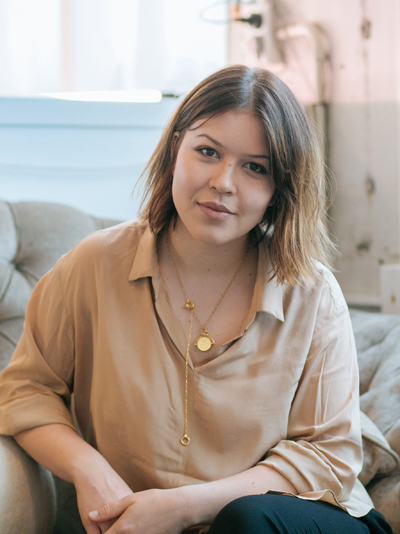 Life is flat out for Jessie Wong, who is preparing to meet new buyers after a successful presentation of her Yu Mei leather accessories collection at New Zealand Fashion Week.

It was there that she took on the task of making one of her handbags from start to finish in front of a live audience. The 23 year old says she was focused and locked in to the task, only taking a glimpse of her friends watching from the sidelines amidst a throng of excited media and buyers.

But while she's currently capturing the attention of fashion lovers everywhere, Jessie says it's been a lot of hard work to get the brand to where it is today, with her luxury-leather line stocked around the country and across the ditch.

The designer laughs as she recalls going without sleep for two days straight just to push out a collection, but she's aware of the reality of the industry.

After completing internships at Akira Isogawa and Twenty Seven Names she learnt very quickly that hard work is necessary, and it definitely pays off, but the most important thing is that she loves what she does.

"It's what I've always wanted to do," she says.

As for the name of the label, Jessie takes inspiration from her Chinese background. Yu Mei is her Chinese name, but it was one that she's had in the back of her mind for a label since her high school days.

“The words look really beautiful [and] they sound really beautiful when they’re pronounced right: Yu May, not Yu Me. All the girls in my  generation on my dad’s side of the family [have Mei as part of their] middle name, so that’s quite nice. Also, it’s nice to just keep the whole New Zealand made aspect of it and I did wonder if it would be too Asian, but then you have your Jimmy Choo and Alexander Wang...”

Growing a brand in a fickle digital world 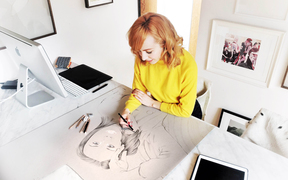 Kelly Thompson is the ultimate multi-tasker. The former Wellington makeup artist and photographer is based in Melbourne and is best known for her beautiful fashion illustrations and personal style. Audio, Gallery