Sonia Sly finds a touch of drama and artistic vision setting the designers apart at this year's NZ Fashion Week, including live poetry and a surprise catwalk appearance by a television presenter. 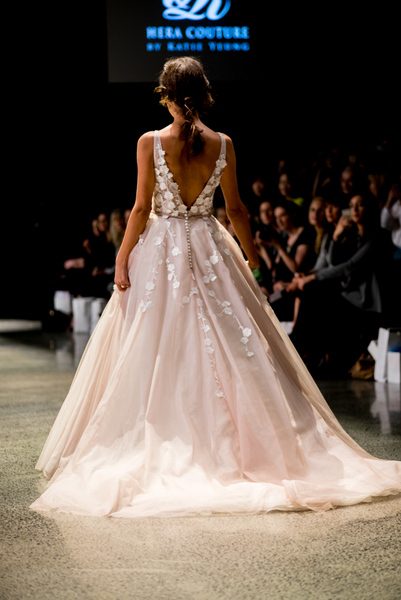 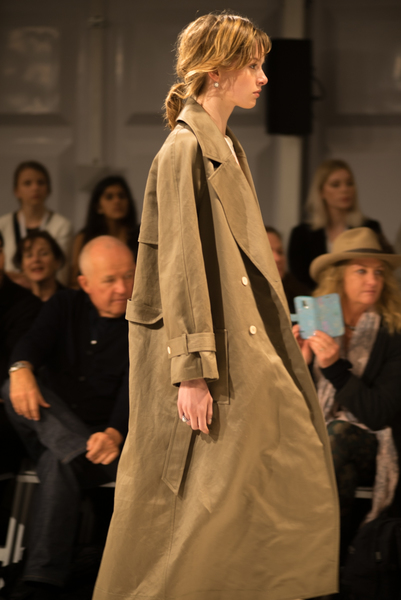 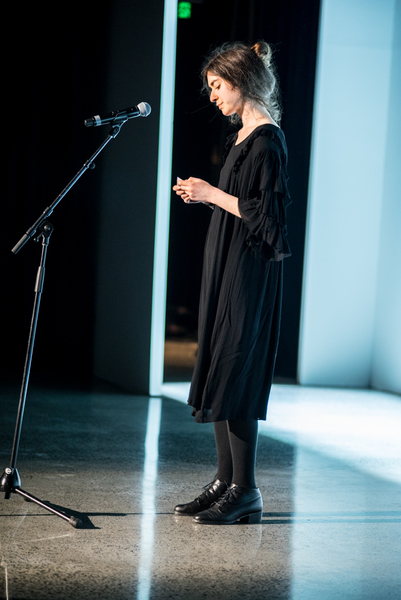 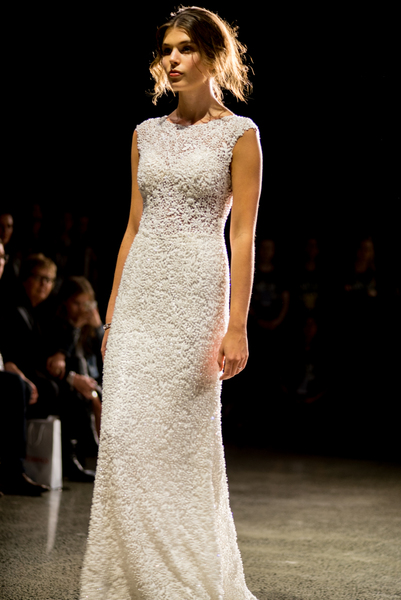 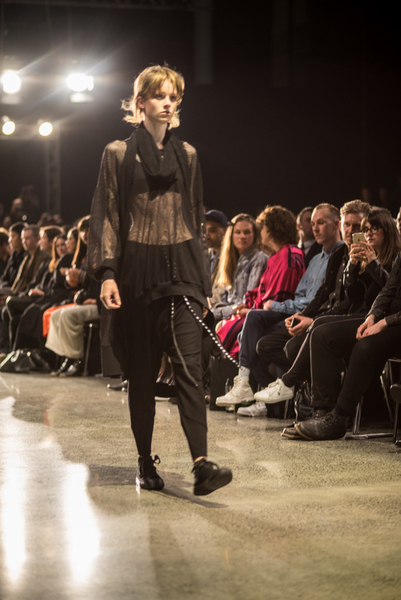 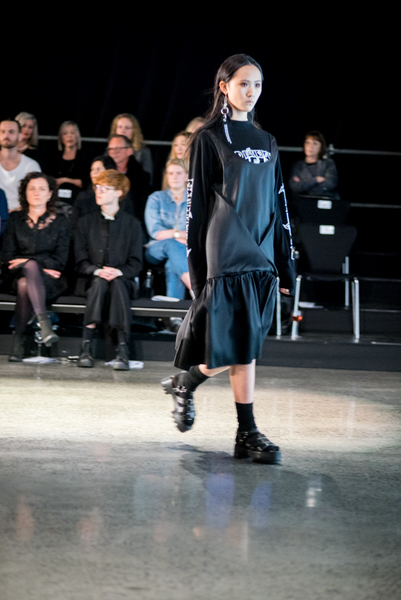 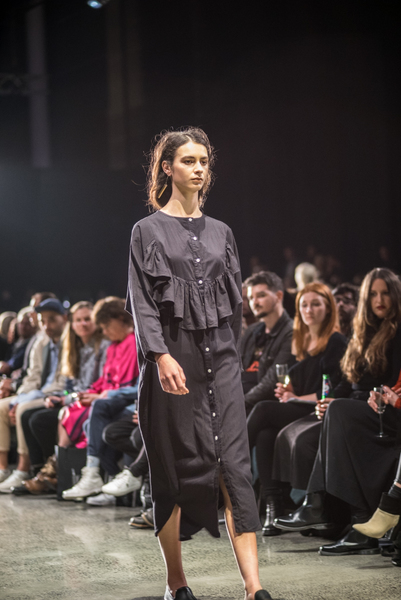 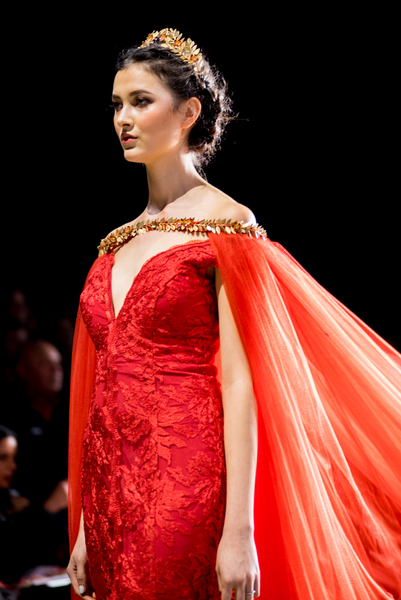 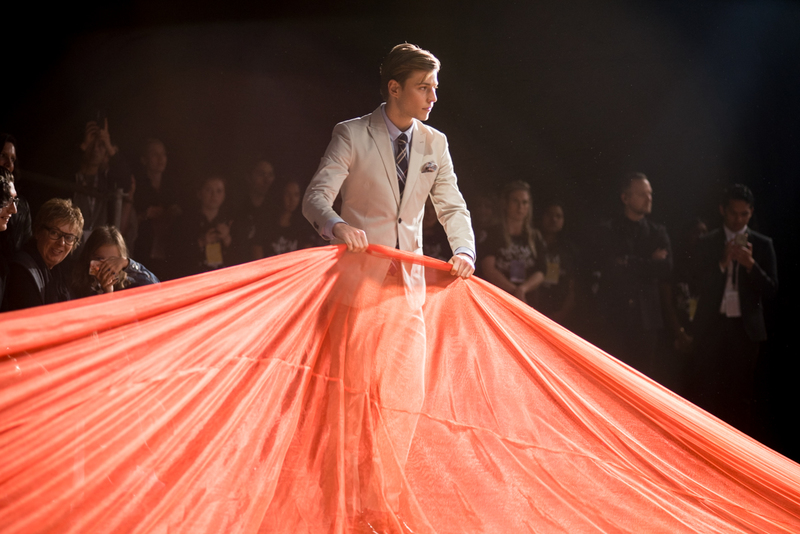 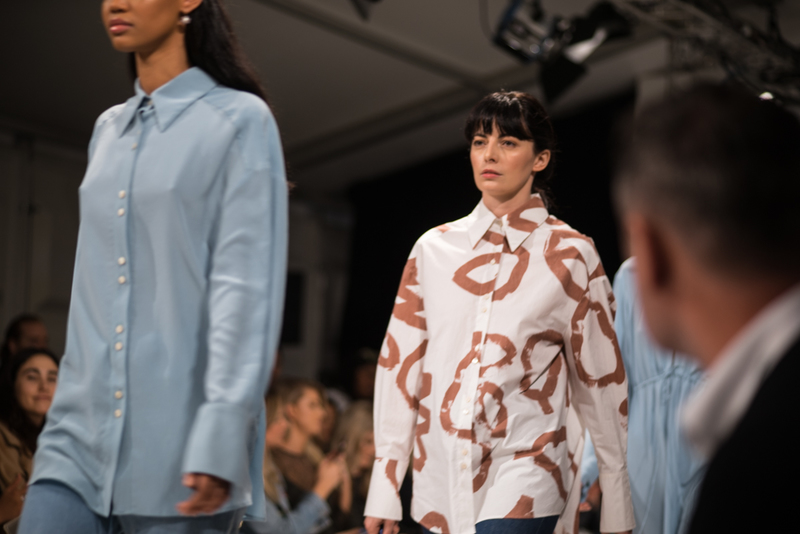 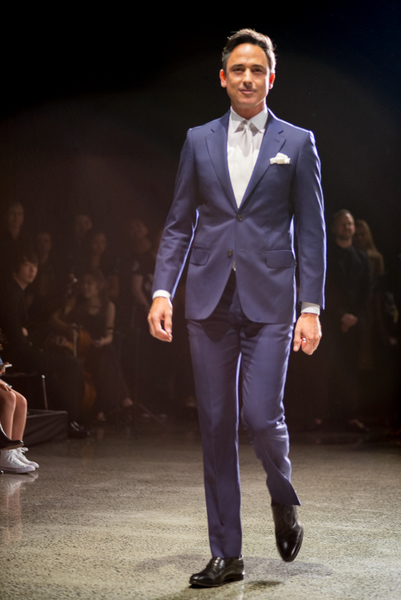 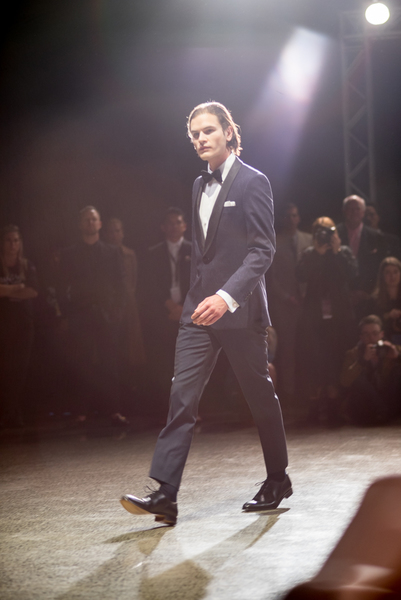 After a day that consisted of thoughtful installations from Salasai and French 83, live poetry was presented in an intentionally stilted tone before the Jimmy D runway collection on Tuesday evening,

On Wednesday morning a model teetered then caught herself in sky-high red heels at the New Generation show and emerging labels Campbell Luke, and Motel Bible impressed with bold silhouettes.

But the day was topped by romance at the NZ Weddings Magazine collection where classical music established a warm and inviting setting, with soft lighting and flowers adorning the top of the runway.

A well-known face to many New Zealanders, television presenter Dominic Bowden made an appearance for menswear label, Working Style, igniting plenty of smiling faces and chit-chat as he walked nervously around a horse shoe-shaped catwalk with audiences on either side.

The runway show was packed to capacity in a space that seats at least 600 people or more. Although the show was running late, the designers pulled out all the stops on an otherwise grey and wet Auckland day.

Guests had the opportunity to be swept up in the magic of tulle, delicate lace, fine beading and smart formal menswear from a line-up that included South Korean-born Alma Wong, Barkers, Rembrandt, Trish Peng, Hera Couture and Modes.The bridal designers proved that wedding dresses are as much about the details on the front as they are on the back.

A spectacular red gown closed the show, featuring a removable train the length of a red carpet - with a male model 'the groom' helping to manoeuvre the delicate fabric as the 'bride' made her way down a winding aisle. The audience marveled at the spectacle and drama, until the fantasy was interrupted when the train became caught in a floral arrangement on the model's return to the top of the runway.

The New Zealand Weddings Magazine collection is a highlight of Fashion Week, guaranteed to be entertaining and delightfully special. Much like a real-life wedding, there are always unexpected and unforgettable moments to be treasured...