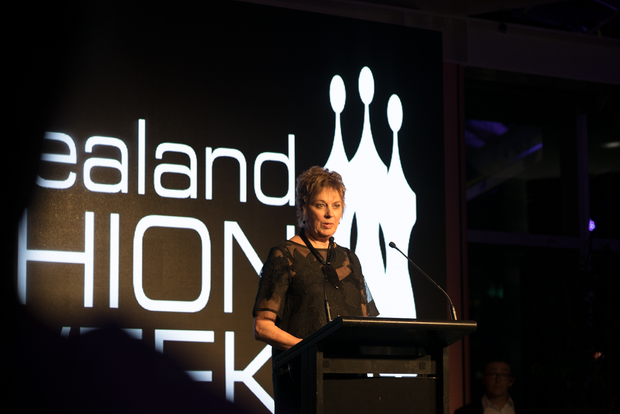 The atmosphere was jubilant and one of celebration. NZ Fashion Week is in its 16th year and provides a chance for designers to catch the media's eye and land coveted reviews and magazine spreads. It enables fashion PR agencies to find new designers to represent and also gives retailers an idea of what they’ll be looking to stock in their stores ahead of next winter – unless they’re showing in-season collections, which means that you can go buy their collections now.

Marking a changing of the guard – founder Dame Pieter Stewart is now a 50 percent shareholder of the business, but remains heavily involved in running the event.

She addressed the audience, explaining why she launched the event more than a decade ago.

“I started Fashion Week to support an industry that I love and to give a very talented, passionate industry a platform on which to showcase itself to the world,” she said.

She says that although the event has come under attack from media sources in the past, it is an industry that can only grow with support and encouragement, rather than put-downs. This year in particular, this may be more pertinent; the event will host four shows that focus on emerging talent: two ‘New Generation’ shows, a graduate show and a showcase of Malaysian designers  — illustrating other potential areas and sectors for growth and an exchange of ideas. 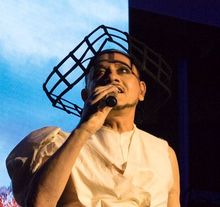 An unexpected performance by MIka was the highlight of the night. Photo: RNZ / Sonia Sly

Kicking off the week’s events last night, Harman Grubisa showed their AW17 collection, ‘Rococo’, as part of ‘Mercedes-Benz Presents.’ The label was selected for the coveted sponsorship for the use of their high-quality materials, innovation and design, joining the ranks of previous recipients including Kate Sylvester, Carolina Herrera, Derek Lam, Badgely Mischka and Dame Trelise Cooper.

It is the second time the womenswear label has shown a collection at New Zealand Fashion Week. They have quickly garnered a reputation in fashion reviews and media as ‘the ones to watch'.