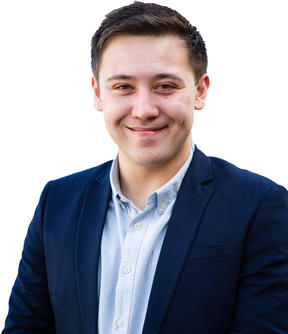 Writer and Trade Unionist Morgan Godfery is one of the most high profile political commentators in Aotearoa.

Godfery was still at University when he began his popular Maui Street political blog and soon found himself appearing across a range networks. Although he is no stranger to the screen, Matangireia sees Godfery taking on hosting duties for the first time, but his remarkable knowledge of New Zealand politics made it a seamless transition.

Godfery has a law degree from Victoria University and politics is in the whakapapa. His paternal grandfather was a cabinet minister in Samoa and he grew up in the Bay of Plenty town of Kawerau where he saw first-hand the legacy of Rogernomics.

"Growing up in Kawerau, you can’t help but be politicised. I think, if you see poverty around you, and you see the consequences of the economic reforms of the 1980s and the 1990s, you can’t help but notice that the situation is unfair. And then you make the connection that someone’s responsible for it".

Godfery is currently writing a book for Bridget Williams Books on the history of protest in New Zealand.