The number of living kākāpō chicks has risen to 64, with plenty more due to hatch in the next few days.

Among the chicks is one that hatched early in the morning of Saturday 16 March 2019, the day after the mass terror shooting in Christchurch. The Kākāpō Recovery Team has named that chick Kotahitanga, meaning unity or solidarity. 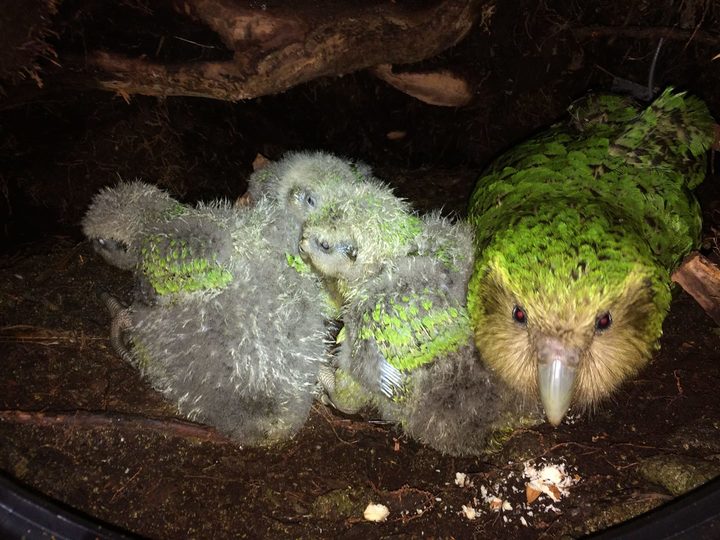 Kākāpō foster mum, Hauturu, with three rapidly growing chicks in a nest on Anchor Island in Fiordland. She was happy to chew on a couple of almonds offered to her by a kākāpō ranger. Photo: Brodie Philp / DOC

The total number of chicks hatched in this year’s bumper kākāpō breeding season is 71, and there have been 7 chick deaths.

As of early evening on 22 March, there are a further four eggs pipping and about to hatch.