This year’s kākāpō breeding season has broken all records, with 239 eggs laid and more on the way.

One hundred and ten eggs are known to be fertile, and a further 10 eggs will have their fertility confirmed in the next few days.

Deidre Vercoe, manager of the Department of Conservation’s Kākāpō Recovery Programme, says that there are currently 57 chicks alive, out of 61 that have hatched.

Thirty four chicks are with wild mothers in nests on both Whenua Hou / Codfish Island and on Anchor Island, and the remaining 23 chicks are in a hand-rearing facility in Invercargill. 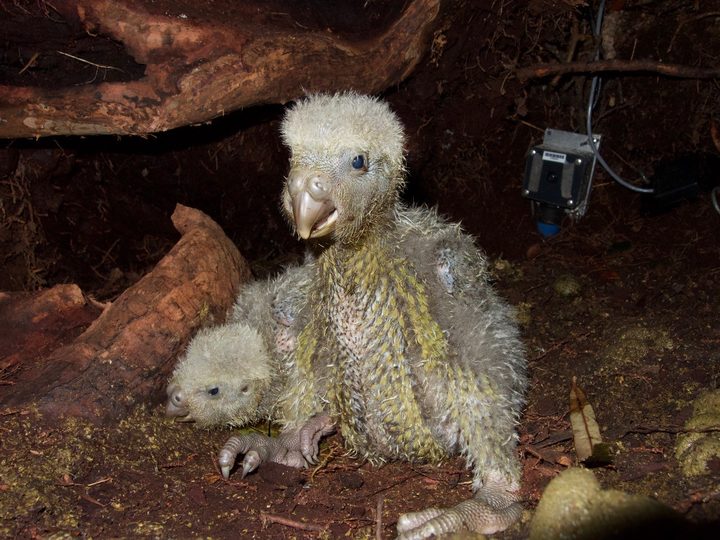 Two kākāpō chicks that are nearly a month old, thriving in a nest on Anchor Island in Fiordland. Photo: Andrew Digby / DOC

Deidre Vercoe says that the ground on Anchor Island, in Fiordland’s Dusky Sound, is covered with ripe rimu fruit falling off the trees above, which is providing plenty of food for the chicks.

Kākāpō Recovery Programme scientist Andrew Digby says that the 34 kākāpō chicks that have been fostered to wild mothers are thriving, and their weights are trending well above average for their ages.

Rimu fruit is so abundant on Anchor island, where some of the chicks are already a month old, that most kākāpō mums have been given two chicks to raise.

Hauturu is currently managing to feed three chicks, and Andrew says that it’s probably the first time in more than a century that anyone has seen a female kākāpō in a nest with three chicks. 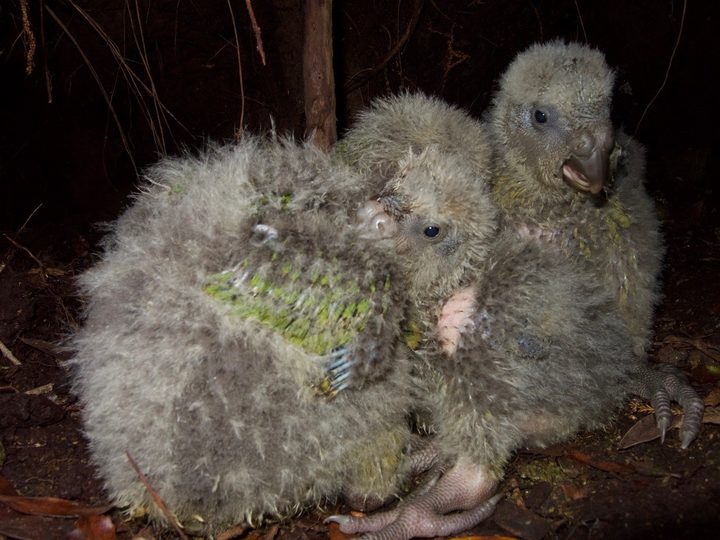