Volunteers are coming from around the world to help with the largest kākāpō breeding season on record.

As the rimu fruit begins to ripen wild kākāpō mothers are being given chicks to look after. 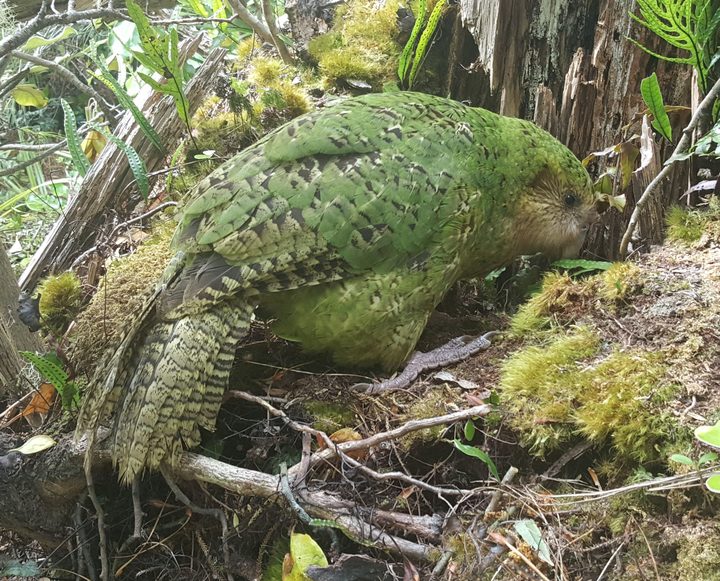 Hoki, the first-ever hand-reared kākāpō, at her nest entrance under a rotten tree. She laid infertile eggs but is looking after two foster chicks. Photo: RNZ / Alison Ballance

Saving kākāpō is an international effort, with volunteers and visiting experts helping out in various ways.

Electrician Reuben’s usual day job is looking after hydropower stations for the Kākāpō Recovery Programme’s sponsor Meridian Energy. But a couple of times a year he downsizes and heads to Whenua Hou / Codfish Island to give its power system a health check.

The electricity generation system has evolved over many years and includes a diesel generator, a mini hydro scheme and solar panels.

The electricity is vital for running egg incubators and chick brooders, so Reuben has to keep the system running while he fixes and repairs and improves things.

He likens it to trying to do a service on car while it is full of passengers and driving at a hundred kilometres an hour on the open road. 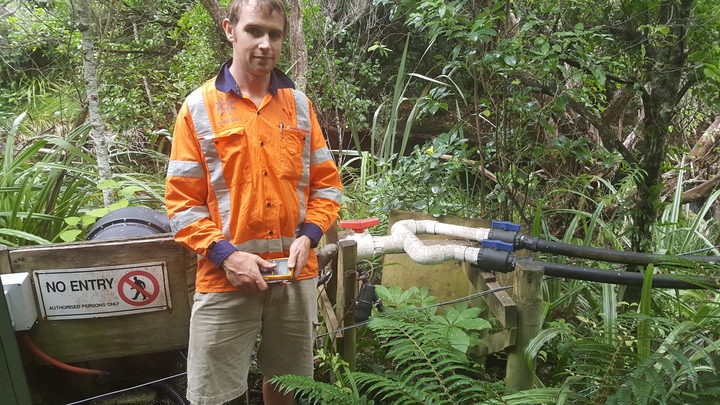 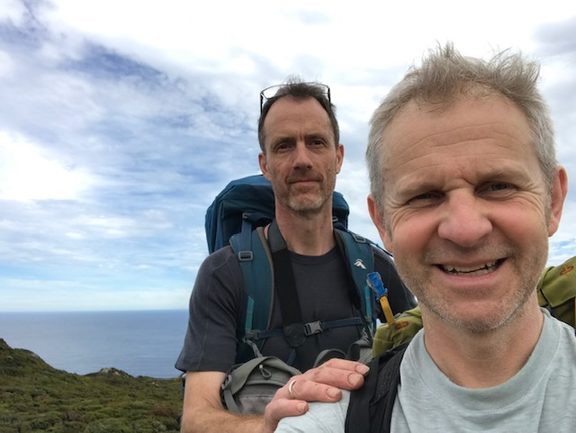 Ian and Mark live in Bristol in the UK but flew – at their own expense – to New Zealand for the opportunity to help out with the kākāpō supplementary feeding programme for 10 days.

Each kākāpō gets a personalised meal plan with a certain amount of parrot pellets. The task of the feed-out volunteers is to prepare the food, then deliver it around the island to each bird’s feeding station. They remove any uneaten food, clean the feeding station and replace the freshwater. Each bird gets fed every few days.

Shrike is an Australian who was keen to be involved in this kākāpō breeding season but didn’t think she was up to the feed-out role. So instead of feeding birds she has volunteered to be cook and has the job of feeding all the people on the island, which can number around 16.

Shrike says she has to deal with a range of dietary requirements, get dinner on the table in time for people to head up the hill for the night shift while it is still light. She also gets the opportunity to help out the kākāpō team in the field. 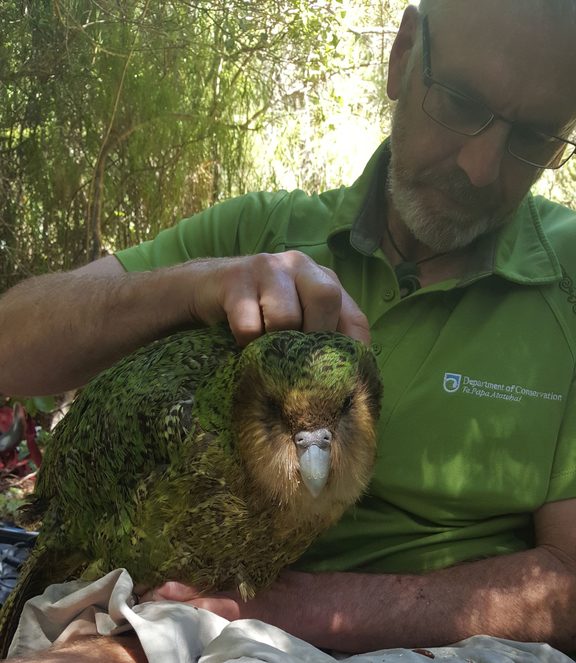 Helena and Andi are part of a team of four sperm experts from Germany who have been part of the assisted breeding programme. They help collect sperm from male kākāpō and artificially inseminate the females.

They are also closely monitoring the quality of sperm from each male, and spend many hours in the ‘sperm lab’ looking at the health and motility of the sperm. She says that a lot of kākāpō sperm is deformed, with several heads and tails.

Helena says the quality is very variable between males: Stewart island founder Gumboot had “terrible sperm”, she said, while Gulliver’s sperm was healthy and normal. This is god news as Gulliver is a valuable Fiordland bird.