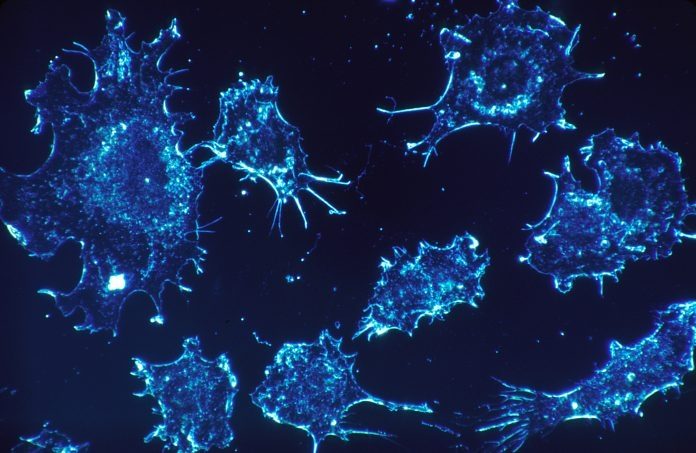 In Sickness and in Health – Episode 5

What might you find when through some major illness or crisis, you end up like Alice in Wonderland, falling down the rabbit hole? If you’re lucky, a whole new community awaits you that you didn’t know even existed before.

You join it through no effort of your own. No application form is needed. The experience of being seriously unwell for a while is enough. And when you have been through that, you find that a whole host of other people you didn't know about have been as well.

A bit like finding yourself part of a Veterans’ Association full of other soldiers who’d served in wars you’d never heard of. Thrown together with all sorts of conditions of people. Disease is no respecter of rank or wealth. The hospital car park mixes new Mercedes and old Toyotas indiscriminately. 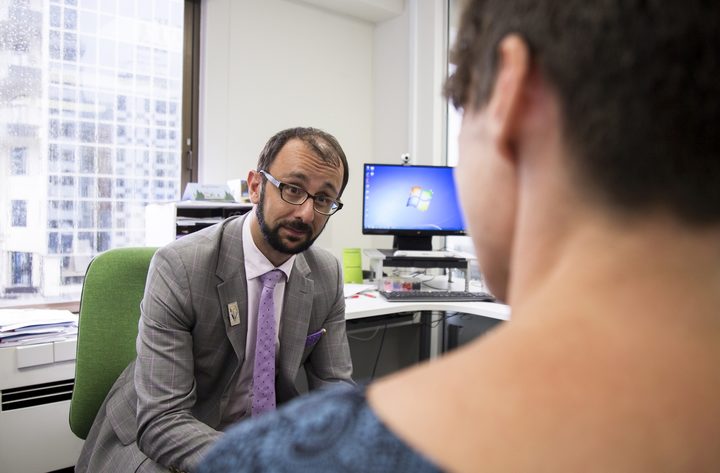 I stumbled into discovering my membership in this new community when I first entered the waiting room in the Blood and Cancer Services building. There wasn’t a lot of talking going on, even though it was a big room full of people. But there was a silent acknowledgement of each other quite unlike anything I’d seen before. Unlike being part of a crowd in a bar or a sports event or a movie foyer. The common purpose that bound us was of a weightier, life changing kind.

Nor was it the sort of cosy bonhomie that you find in service clubs and some churches. We’re going through some serious stuff together just by being here, and some of us won’t come out the other side. But the treatment changes us profoundly, both inside and out, in ways that take months to decipher, even as the physical after effects slowly dwindle. 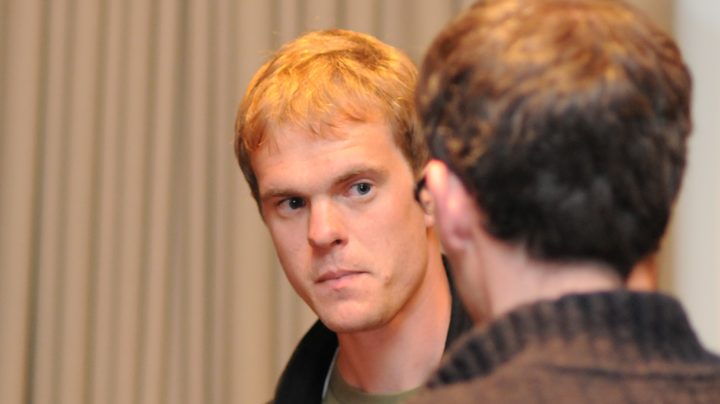 I know some of us want to forget what happened and move on with our lives. But the membership of this community stays with me and still provides an opening in conversations with strangers who have shared the journey, as it did in the waiting room.

And the conversations don’t have to be extended to be important. The details of the treatment received are best not laboured over. The message given and received is simply, I’ve been there. I know something about what it’s like. I’m with you. Hang in there.

Cancer patients don’t have a corner on the membership of this community. It’s shared by all sorts of people have had to deal with crisis or grief, sudden tragedy, prolonged suffering. There is no roll call, no standard qualifications to join. Membership is thrust on you without warning, coming ready or not. 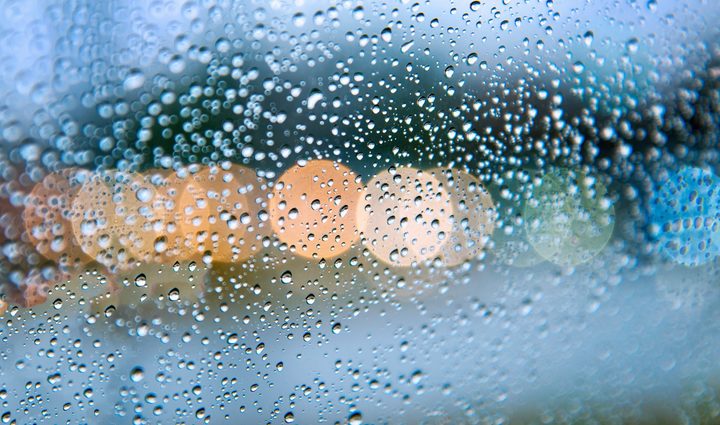 Understated, unpublicised, unlike any other, stripped back to simplicity as it is, this community has some quite mysterious features that make it all the more elusive to describe. One of them is liminality, the sense that being part of it puts you onto the edge of being somewhere else. Not somewhere more exotic or romantic. Hospital waiting rooms have lino floors and seats not designed to sit in for more than an hour, though you may have to stay for two or three. They are never glamorous locations.

The liminality comes from your experience of illness and treatment pushing you into places you hadn’t been before; coping with unknowns, fears and tremblings, wonderings about what your future might hold.

Suddenly you are on the edge of what you can cope with comfortably. Your familiar ground has disappeared and as the treatment continues, you find yourself riding the boundary of your old life, and being tipped into territory that is beyond anything you’ve imagined.

For some it’s about having to face their mortality. For others it’s less dramatic. Not at death’s door, but in the passageway outside nonetheless.

Liminality is a word often used to describe pilgrimage – journeys that take you to the thin places where you can sense the line between heaven and earth, like you can at the foot of a rainbow.

This new community I’m talking about is such a place, formed by such a journey. 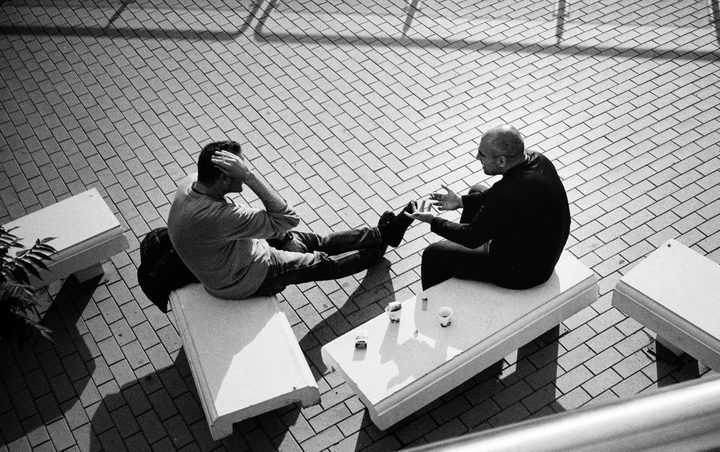 Not all the members will want to go this far in claiming what it means to belong. I don’t want to speak for them. After all, there are levels of membership in this club, depending on how much illness you have to cope with, but no one reminds you that your belonging is only at an entry level. Some of us join this community and stay active members lifelong. Others join and gradually forget they belong as they return to health and busyness.

The members who have endured more than you by a country mile are usually the most helpful and insightful. ‘In the service of love, only the wounded can serve,” said the American playwright Thornton Wilder. I’ve quoted him lightly in passing a hundred times, as a nice idea. Now I feel the weight of his words.

Every time I have a conversation with someone who has been through this and usually, much, much more, I feel a bond with them I’d never known. My pain connects me with your pain, whatever scale or form it takes, and we find a language that will take us both deeper down into the heart of things. 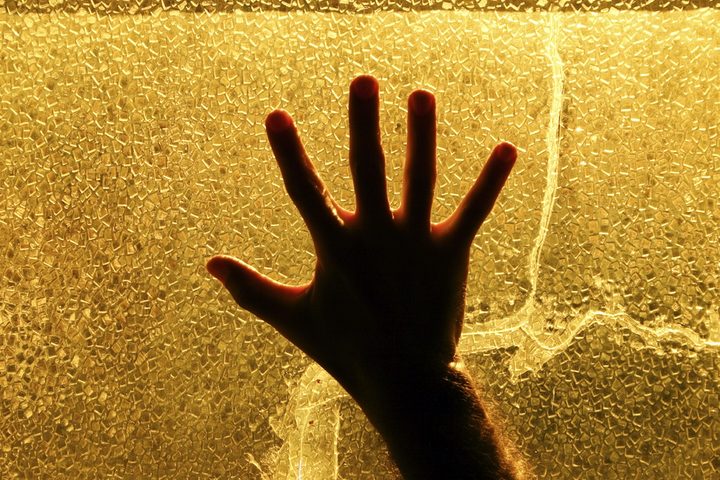 I had to wait for a long time to dip into this territory of illness so personally, even after observing it in others closely for so long in my working life. My last up close and personal encounter with the hospital system was having my tonsils out as a nine year old.

So the experience is a new adventure. More daunting than some extreme sport like parachuting or white water rafting, but akin to base jumping. Because in order to find out what this is all about, you do have to jump into it, free fall, letting go, with no idea what the landing might be like. It’s hard to imagine anything more disconcerting and uncomfortable.

In his marvellous novel Heroes of the Frontier, Dave Eggers writes, “Comfort is the death of the soul, which is by nature searching, insistent, unsatisfied.”

Might it be that that belonging to this uncomfortable new community of the wounded is actually a good thing?

'Til now I’d never had to ask that question and never dared to believe it could be.