Nuhaka Dreaming 9: The wider world had little impact on life in Nuhaka in the 1950s 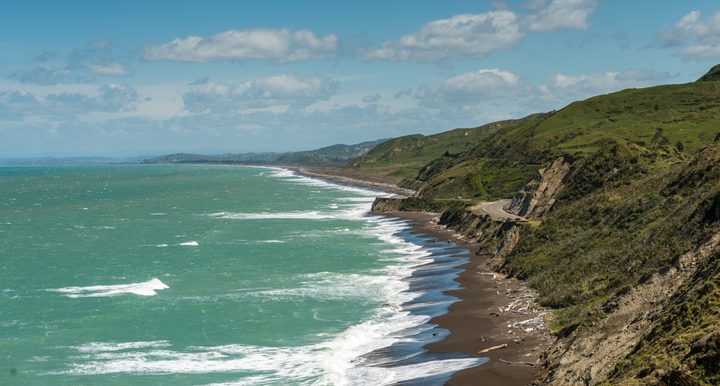 Most people who lived in Nuhaka rarely went anywhere else.

“Why would you,” my Dad would say in a kind of litany of reassurance. “It’s the best place in the world.” My mother wasn’t so sure and hankered after the bright lights of the city and an exciting career.

I was caught between the two of them – loving Nuhaka but also intrigued by the big wide world beyond.

Without television, and with no daily paper, we relied on the radio news to know what was happening out there. We heard the headlines but had to fill in the rest of the story ourselves.

So the ‘51 waterfront strike: was it really the first move in a Communist takeover? And the Tangiwai Rail Disaster: was it safe to catch the railcar anymore? As for the Parker-Hulme murder in Christchurch: was this the sign of teenage revolution brewing close to home?

I struggle to remember the world events that had much impact on my childhood. Hillary’s ascent of Everest certainly, and Yvette Williams’s gold medal at the Helsinki Olympics, and the death of Opo the dolphin up in the Hokianga.

I suppose I should recall the 1956 All Blacks defeating the Springboks or our cricketers’ first-ever test match victory against the West Indies, or being dismissed for 26 runs against England the year before. But I don’t.

And Vice President Nixon’s visit is only a dim memory. The sudden rise of the Social Credit Party inbetween the iron-bound ranks of National and Labour intrigued me as a child, though my parents could never explain to me what the party’s policy was all about.

The rest of the world didn’t bother us too much in Nuhaka. There was more than enough excitement locally to deal with. Apart from visiting stage shows and circuses there were several local A & P shows to look forward to, with sideshows, rides, battered saveloys, toffee apples and candy floss.

And there were visitors; ambassadors from that outside world who came to stay and regale us with stories. The most famous was Miss Franklin who drove one of the Bedford buses of the Country Library Service. 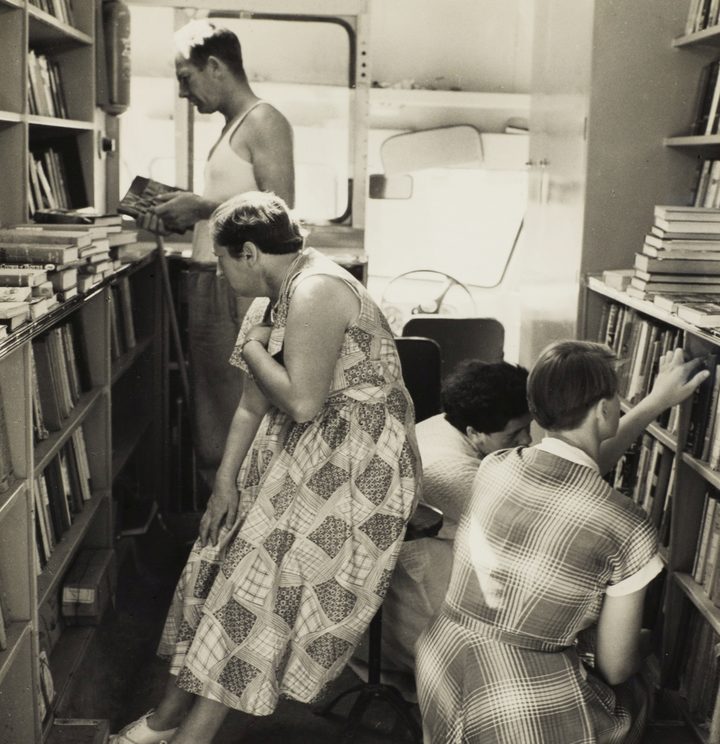 Laden with books she’d turn up for a couple of days to allow Nuhaka’s carefully-vetted team of pickers to replace the old stock that sat on shelves in our wash house. Those who had favoured westerns too heavily last time round were not invited back on the team. An excess of gardening books however, was overlooked.

Having supervised the book pick, Miss Franklin, an avid photographer, would turn our single bathroom into a darkroom for the evening which made getting ready for bed a logistical challenge. We forgave her for that because she still found time to tell stories of her travels around the central North Island.

We clustered around, spellbound with her tales of taking books to the remotest corners and meeting characters straight out of a Barry Crump novel. 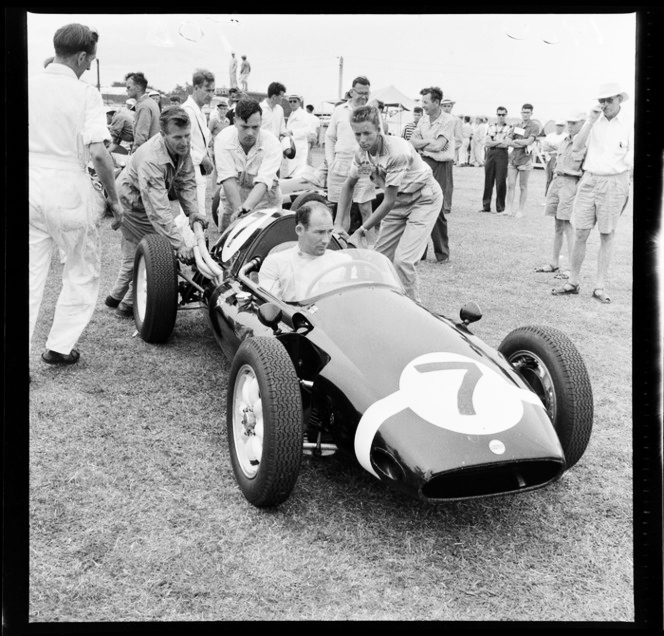 Once in a great while, we did leave the village. I remember three occasions. A never-ending drive to Auckland to see the New Zealand Grand Prix at Ardmore. We were all impressed by the sporting spirit of the event when Stirling Moss borrowed a crankshaft from one of his rivals so he could rebuild his engine and continue racing.

Then there was an even longer trip to the West Coast of the South Island to visit relatives. Our family of five was bundled into a Ford Prefect for the three-day journey. How we fitted in with our luggage still baffles me.

And most dramatic of all, was the 1953 Royal visit, where we travelled to Napier to stand outside the Masonic Hotel and waving little Union Jacks, singing There’ll always be an England to her Majesty and the Duke. We had all been well-schooled in such patriotism by standing to sing God Save the Queen before every movie we ever saw, but being part of the Napier crowd was another step up in devotion to the Empire, unravelling though it was at the time. 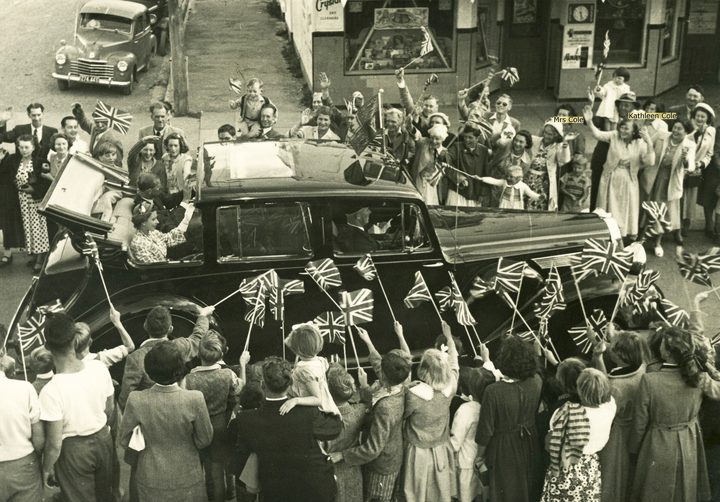 Thirty years on, all of this feels like an age ago; a dreamtime from a childhood that was soon to end.

In only a few years I was to leave all this behind and join that wider world; in boarding school that only allowed a few home visits each year, and then university and overseas. I was jolted out of my Nuhaka dreaming and never managed to re-enter it fully again, no matter how hard I tried.

And the locals who stayed in Nuhaka, though polite and welcoming, never quite let me reclaim my place in the village. It was as though I had judged them by leaving them, and you don’t get forgiven for that.

The population of the whole country had yet to reach two million, and only 20% of the nation’s roads were sealed. Household appliances had hardly arrived. You boiled the copper to do the washing, or make the soap or cook the ham. Boys wore short pants and girls wore dresses and the worlds of male and female were clearly drawn and segregated. Radio and print were the only media. And the biggest question posed each week was “The money or the bag? What should she do New Zealand?”

Life was simpler, slower, but for a child, no less exciting than now. And we never saw ourselves at a disadvantage for having to grow up in a place as small and out of the way as Nuhaka.

For a five-year old, Dad might have been right. It’s the best place in the world to be.

I hope there are lots of five-year olds in small Kiwi villages who can still say that.