Nuhaka Dreaming 8: popular music from Hollywood and the USA dominated a 1950s childhood 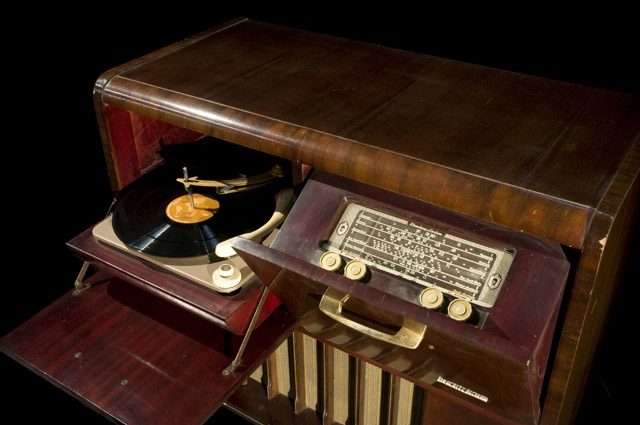 The music that shaped my childhood in Nuhaka spoke, I mean sang, for itself. In those faraway days before television and cellphones, music wasn’t connected to images someone else had chosen on a screen. All the imagining was left to me.

And boy did I make the most of it. 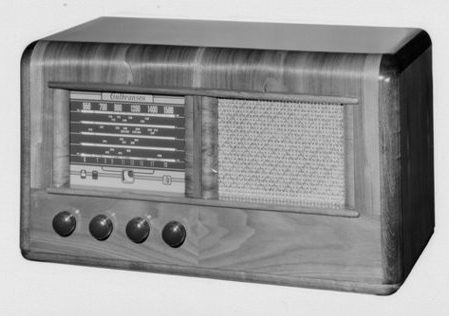 The songs I heard took me on flights of fancy into territories exotic, romantic and forbidden, all about as far away from Nuhaka as you could possibly go. In times where no one travelled very far from home, music was a ticket guaranteed to take you out of town.

Radio delivered most of the melodies, a mantle valve model that seemed to take an age to warm up when your favourite programme was about to start.

Not so clear but a lot more fun was a crystal set in a matchbox that you could listen to through an earphone while lying in bed.

That device stayed with me through my teenage years in boarding school; not the happiest time of my life, but made a lot easier by being able to listen to the hit parade long after lights out.

The NZBC was a stately institution and there were polite constraints on the popular songs it allowed us to hear. You needed to supplement that proper diet with 45s and LPs and we spun those vinyl discs forever on the gramophone in our drawing room.

Looking back on the titles of what we played so compulsively, I wonder why we were so addicted to such fluff.

Sentimental slush was the flavour of the day. Love songs, mostly American, dominated the charts. ‘Between two trees, there lies a story true.’  ‘Dashing away with a smoothing iron, she stole my heart away.’ (I never did quite work out what a smoothing iron was.)

And I’d never seen a cottonwood of the sort that told us Tammy’s in Love.

The Everly Brothers reassured us that All We Have to do is Dream. Pat Boone sympathised Ain’t that a Shame, the Platters mocked the one they called The Great Pretender and the Fontane Sisters complained about Hearts of Stone.

There was a fair share of romance in all of that but also lashings of irony and tongue-in-cheek wit.

We didn’t understand half of what we heard, though the ballads were instantly accessible. We all knew that The Wayward wind was a 'Restless Wind' and the story of Running Bear and Davey Crockett were a whakapapa we all owned. So were the rock ‘n roll classics that still command respect: Bill Haley’s Rock around the Clock and Elvis’s Jailhouse Rock.

And some of the songs were just plain sweet enough to carry you along and up and away to beautiful places that might as well have been on the far side of the moon. Like Fats Domino’s Blueberry Hill or Hank Williams’s Jambalaya on the Bayou. I learnt years later that referred to a Creole rice dish eaten in a swamp.

But the songs that intrigued us even more as children were the nonsense ones.

Nonsense was in short supply in Nuhaka. We didn’t have books like Badjelly the Witch and Dr Seuss hadn’t arrived with The Cat in the Hat. Everyone was very sensible and earnest. Postwar New Zealand was still rediscovering a sense of humour.

So these nonsense songs were pure gold to young imaginations.

We loved The Purple People Eater, the 'one eyed, pigeon toed creature out to eat ya,' and an Aussie classic about a thing in a box:

The Howard Morrison Quartet tapped into this vein of humour a little later, the same vein that British stars like Lonnie Donegan had mined with My Old Man’s a Dustman.  Music to make you laugh was a blessing in the serious, well-censored fifties, some of it pushing the limits of what you could get away with playing on air.

The double entendre of Little Richard’s Tutti Frutti I want a...  – 'is he really saying what I think he’s saying?' And another much-played number – ‘Keep your mind on the driving and your hands on the wheel.’ All of this was a far cry from the classical tunes my piano teacher had me playing.

Another source of much loved-music were the theme tunes from radio serials we followed religiously. Dad ‘n Dave from Snake Gully, Dossier on Dumetrius with a spoken intro in early rap style – ‘In a lonely room above the Thames, Major Gregory Keene turns another page...’

The musical landmarks from that time that still haunt me are a grab bag of signature tunes from radio shows like It’s in the Bag, and advertising jingles – ‘You’ll wonder where the yellow went when you brush your teeth with Pepsodent.’ ‘Winston tastes good like a cigarette should.’ ‘Craven A will not affect your throat.’

And movie tunes most of all: The Dam Busters, High Noon, The Guns of Navarone and my all-time favourite from Genevieve, where a tipsy Kay Kendall gets up in a Brighton nightclub and takes the bandmaster’s trumpet to play 'Cherry Pink and Apple Blossom White.' I decided there and then that I had to learn to play that instrument and it's framed my musical repertoire ever since.

Popular music is vastly more complex now, compared to our narrow diet. And happily it’s more and more generated by our own artists.

But what we listened to back then was just as powerful in shaping our values and aesthetic sensibilities, and just as potent an escape mechanism from the constraints of small-town life.

What I enjoy listening to now is still anchored in those childhood musical adventures. And some of the tunes from back then stay with me like old friends who keep faith with me, through the night.