Nuhaka Dreaming 6: going out to the movies was a highlight of the week in the 1950s 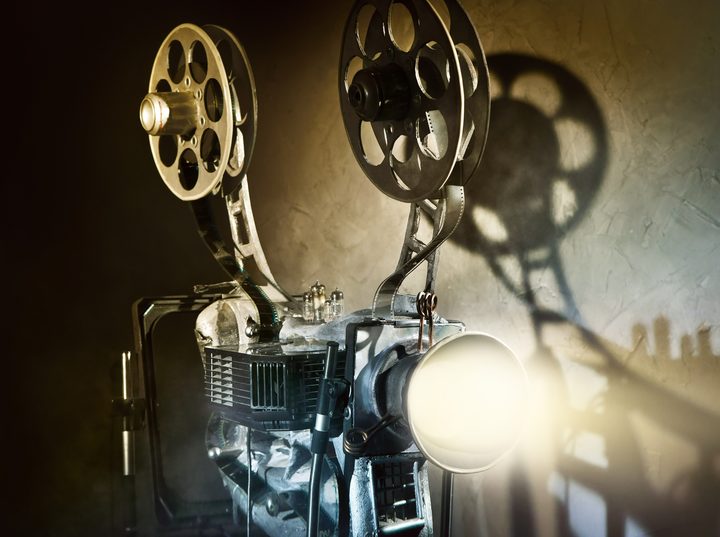 We didn’t talk about going to the movies, let alone the cinema. 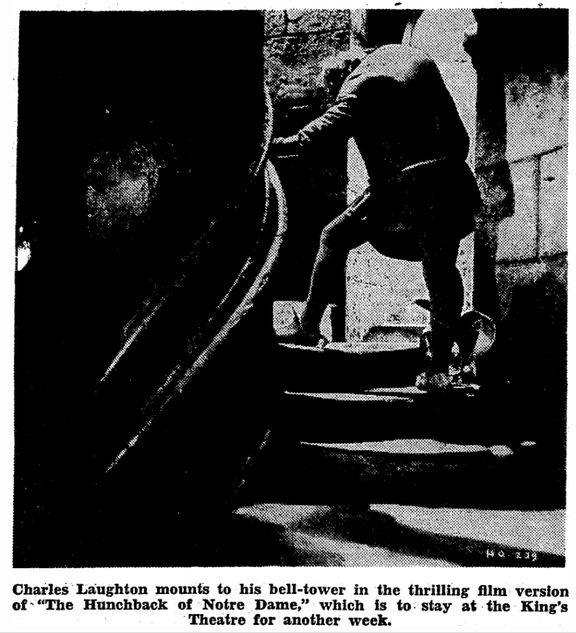 We called them The Pictures.

They provided the Friday or Saturday night highlight to the week and the raw material for our dreams. All screenings were in the LDS (as in Latter Day Saints) Theatre though the Mormons had no visible connection with the show, and certainly wouldn’t have approved of much of the content.

My grandfather had started The Pictures in Nuhaka thirty years before. I still have the old advertising slides that he used.

Bluck’s Pioneer Picture Show. In front all the time. Watch out for the Hunchback of Notre Dame.

Norma Shearer, Gloria Swanson featuring in movies about slightly wicked women with titles like Lady of the Night. The earlier films were more risqué than the later ones.

By the 1950s the films were as eagerly awaited as ever, not only the features but the newsreels, shorts, cartoons and serials that made up the first half of every programme.

Lots of westerns, two-legged hombres and a four-legged star called Lassie, and Superman who flew on a badly camouflaged wire harness in a slightly saggy costume. Lycra hadn’t been invented.

The feature films were promoted on a coloured flier sent to every mailbox in the village. We poured over the listings and our parents decreed which were suitable. The censorship code was always carefully noted.

You were lucky to be allowed to see an M for Mature, even though the violent content was restrained by today’s standards, and blood didn’t look nearly as scary in black and white. The choices on offer were limited anyway. It was either British or American, the rest of the world’s cinema never made it to Nuhaka.

British meant a mix of comedies like The Belles of St Trinians (about unhinged English schoolgirls) and Genevieve (about a vintage car rally to Brighton starring Kenneth Moore and Kay Kendall). Moore followed with an even more famous appearance as a Spitfire pilot in Reach for the Sky.

War movies were the ultimate treat. The Dam Busters, Angels One Five, The Cruel Sea, Ill Met by Moonlight. Watching them again now, they seem slow and clunky. Back then they were magic carpet material. And they gave us images and stories to dwell on that our returned servicemen fathers were reluctant to share, and when they did, in much less glamorous versions of what really happened.

The soldiers in the movie portrayals back then didn’t suffer from shell shock and post-traumatic stress.

It took another generation for Hollywood to start showing the real damage that war did to the troops as well as the enemies. 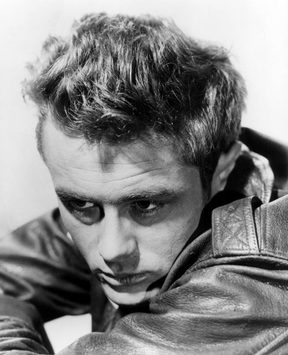 James Dean in Rebel without a Cause, 1955 Photo: Wikimedia Commons

American meant westerns and more westerns with John Wayne, James Stewart and Gregory Peck recovering from endless shootouts in time for the next one; then well down the list, musicals like Oklahoma, and explorations of American youth rebellion with James Dean and Marlon Brando.

So they had even less impact on us than the 1954 Mazengarb Report warning of a tide of juvenile delinquency led by bodgies and wodgies.

But the greatest impact on young minds came not from overseas but in the form of one of New Zealand’s very first feature films called Broken Barrier.

John O’Shea and Roger Miram told a daring story of a love affair between a young Māori girl and a Pakeha boy, set locally on the Mahia Peninsula, featuring local identities and most important for me, a Bluck’s Transport bus.

The effect of seeing our own faces and places on the big screen was transformative. It meant we could join the dream factory through the front door, rather than relying on borrowed identities and second hand stories. I was nine years old when I saw the film and it’s proved ever since to be more memorable than a hundred Hollywood epics.

The conventions of cinema going in Nuhaka were pretty rigid. 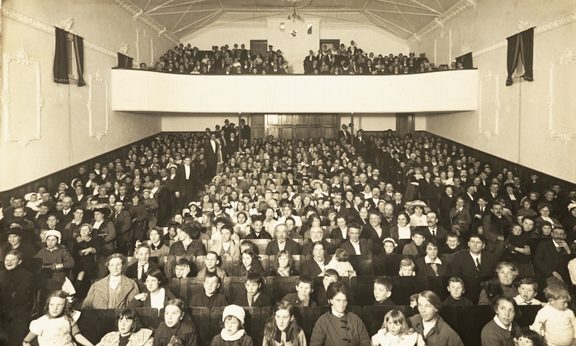 The Nuhaka picture theatre was much less grand than this one in Kingsland, Auckland Photo: Auckland Libraries

As Pakeha kids we sat in seats upstairs. The Māori kids sat downstairs on forms. They were more vocal than we were in their contribution to the soundtrack and occasionally missiles were hurled in protest at the screen. The projector would be stopped immediately, order restored and finally the show allowed to continue.

In retrospect it all sounds very segregated and racist but upstairs was not a whites only reserve, and everyone crowded together below at half time to buy the ice creams that had been cooling in canvas bags and the pies that had been warming up and wafting their smell through the theatre during the first half.

And upstairs or down, but more effective up, was the diversion created by rolling Jaffa lollies under the seats. The management found it almost impossible to track down the culprits. 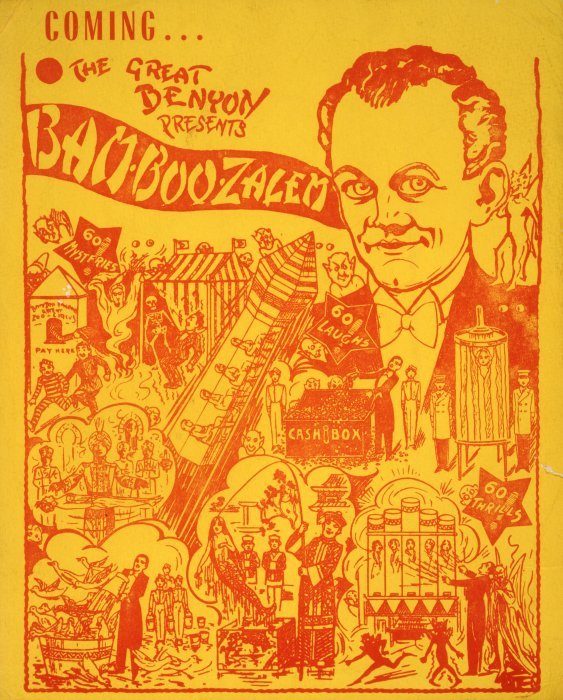 The magician Edgar ‘The Great’ Benyon, with a montage of scenes from his show including rockets, the levitating lady, and other amazing tricks. Photo: National Library of New Zealand

Once in a great while The Pictures were postponed in favour of a visiting stage show in what was the village’s only theatre.

An occasional hypnotist, a Shakespearean selection by the New Zealand Players and most exciting of all, The Great Benyon whose magic show of disappearing birds and bodies sawn in two left us entranced.

But these were fly-by-night affairs, as were the travelling circuses that would pass through.

The reliable source of magic was still The Pictures and week in and week out, dating back to the early 1920s, they provided the village with a taste of glamour and excitement, romance and emotion on an epic scale.

We looked forward to the show all week and rarely went home disappointed.

There were dreams enough to keep you going at least ‘til next Saturday.