Nuhaka Dreaming 4: The Shed not only housed Bluck’s Transport Company, but defined what it meant to be a man 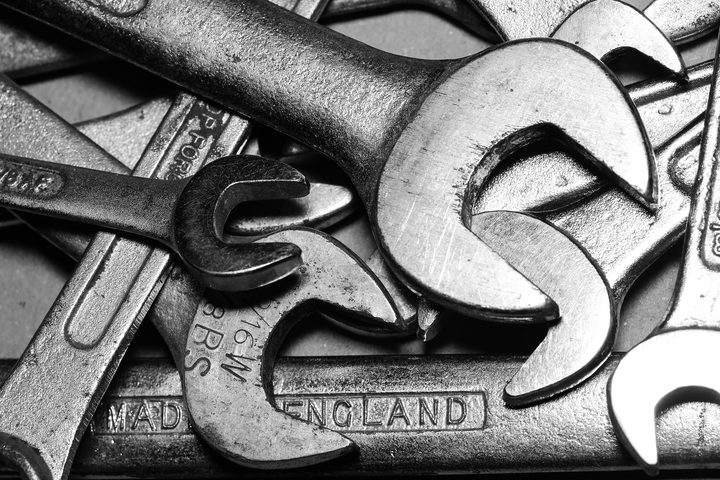 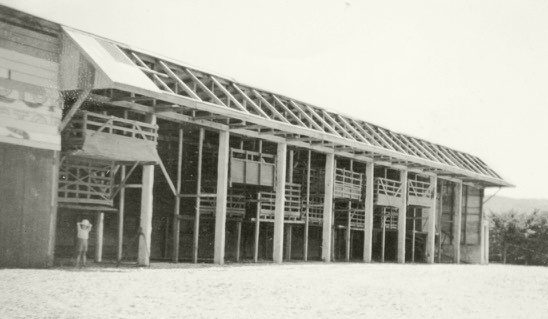 There were lots of sheds in Nuhaka in the 1950s but only one was called The Shed. With three bays for trucks and buses and a paint shop all under one roof, this was about the biggest building in town.

A bench along the length of the back wall was covered in tools, piled in an order only my father understood. He needed them all to maintain the fleet of twenty or so trucks, buses and tractors that formed the transport company his father had founded back in 1918.

The vehicles were all British Bedfords and the odd Thames Trader. American trucks were impossible to import and Japanese vehicles were seen as treasonous in the eyes of patriotic ex-soldiers. But despite being British, these trucks broke down all the time. Dad’s life was defined by valve grinds, new rings and pistons, crank shafts and gearbox rebuilds, wheel bearings and endless new tyres.

He did that for six, sometimes seven days a week, days and most nights, so in order to see him I spent a lot of time up at the shed, watching and listening. 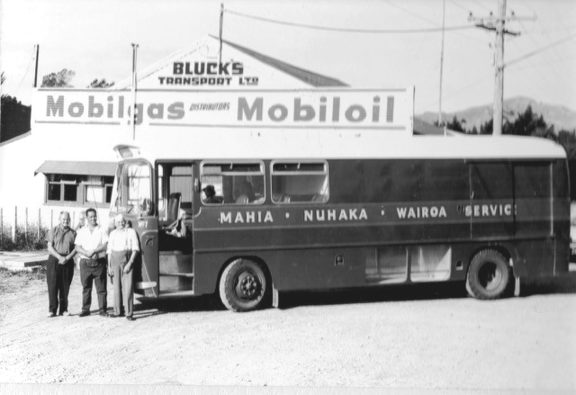 There was an old truck seat in the corner where locals gathered to tell stories, and drivers came in to complain about their trucks, and travellers dropped by selling spare parts and unlikely claims about new products.

I loved being on the edge of all that.

It was a very male world. The language was colourful, inflated and profane. Men talked to each other there with none of the mannered caution they displayed at home in the company of women.

The gender divide was a great gulf, with permission to talk and behave very differently when separate or together. The War just finished reinforced that divide. As a child who lived between my mother and grandmother’s world, and my father and grandfather’s, I was disconcerted by the chasm between the two.

The recent fashion of Men’s Sheds has its roots in this ‘fifties era, rougher and tougher though it was then. 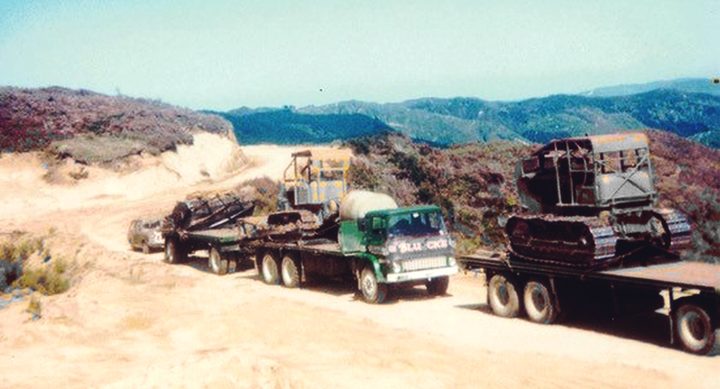 I learnt about manhood in the shed. But more than that, I discovered an ethic and attitude to work that still shapes me. In the early 1950s, the technology we take for granted was in its infancy. Health and safety laws hardly existed. Transport industry licensing was a breeze. I started driving heavy trucks at fifteen, my father had begun at twelve.

Trucks had to be fixed somehow, parts that couldn’t be replaced with new ones had to be repaired and improvised. Jobs had to be done and journeys had to be made regardless of weather and road conditions. Life had to be lived without refinements (we called them frills) to make it easier or safer.

There was a “can do because you had to” attitude to everything. I learnt that in The Shed.

And I learnt a lot about being bicultural though we never called it that.

Most, nearly all, the drivers were Māori. Dad was technically their boss but they never treated him as such. They swore at him and blamed him, especially the younger and stroppier ones, when their trucks broke down. The banter between them had none of the constraints of ethnic sensitivity we know today.

Being part of a Pakeha minority in a Māori community influenced that, no doubt. We all lived in a place that we happily mispronounced as New Hawker, never Nuhaka. It was thirty years before anyone corrected me. 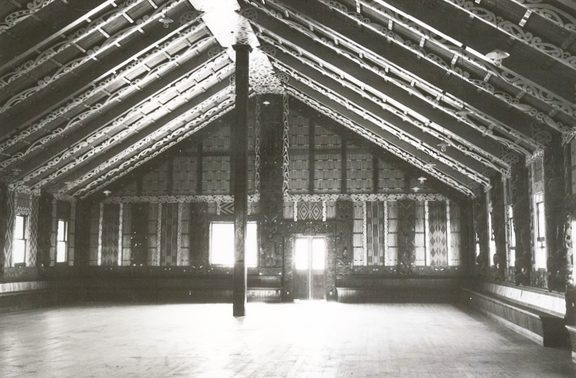 Back then there was little fear that Māori identity would diminish, despite the fact that te Reo got little use or encouragement. And little antagonism between the races. The sort of taunts that came only twenty years later – “White Man go home” – were unimaginable then. "Go home? Where to?"

As I listened to the banter and went off on journeys with the drivers, my sense of being a New Zealander was formed. Glenn Colquhoun talks of our rhyming rather than separate cultures. In Nuhaka and in The Shed, I learnt about that poetry. 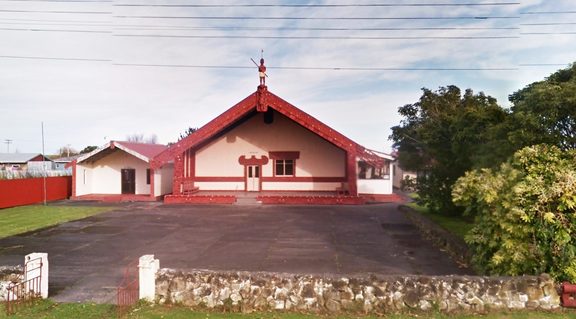 The Shed no longer stands in Nuhaka. It belonged to a time when trucks weren’t allowed to compete with rail, and everything from transport to imports was regulated.

With the deregulation in the 1970s, small companies like ours were swallowed up by bigger ones. What had taken fifty years to build disappeared almost overnight and the remnants like The Shed were left to decay. After that, I couldn't bear to drive past it anymore, knowing what a hub of energy and creativity it had been.

Immersed as he was in Nuhaka and as happy in The Shed as a fish in water, I have often wondered whether my father knew that what looked so permanent couldn’t last.

Despite my enthusiasm for driving trucks and my curiosity about gearboxes and differentials, Dad never encouraged me into the business, as his father had before him.

After experiencing war in the Pacific with the Air Force, where camps and airfields and fleets of vehicles would come and go overnight, perhaps he knew about the transience of mechanical things that look enduring today but are obsolete tomorrow.

As a symbol of permanence, The Shed was without peer. The size and solidity of the building was matched by the exuberance and energy of what happened inside it – the swirl of conversation shouted above the noise of motors, the blinding flash of the arc welder, the scream of grinders and drills. 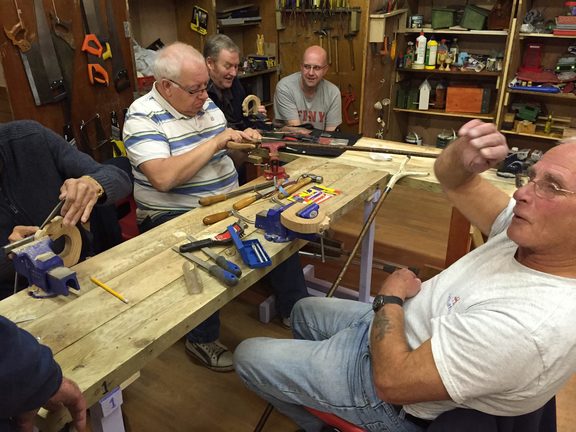 The international men's shed movement aims to bring men together to lessen their isolation and improve their mental health. Photo: Radio Saltire

The Shed housed and protected all of that, and yet it all disappeared along with the industries of a hundred other small New Zealand villages, not big enough to be called towns, but still strong and distinct enough to shape the culture of what it is to be a Kiwi.

In the second decade of the 21st century we are still renegotiating that legacy. Male and female roles, sexism, racism, understandings of work and leisure, health and well-being.

Some of the old culture I learnt in The Shed lingers on and is overdue for a retread.

Some of it holds lessons we have yet to appreciate. Like how we design an economy that works equitably for the whole country and not just Auckland. And how we find a lifestyle and ways of working that are sustainable for rural as much as for urban New Zealand, for Māori as well as for Pakeha.

A few more sheds where those questions could be explored might work wonders for our future.