Nuhaka Dreaming 3: good, boring, or bad, the War cast a long shadow over the 1950s 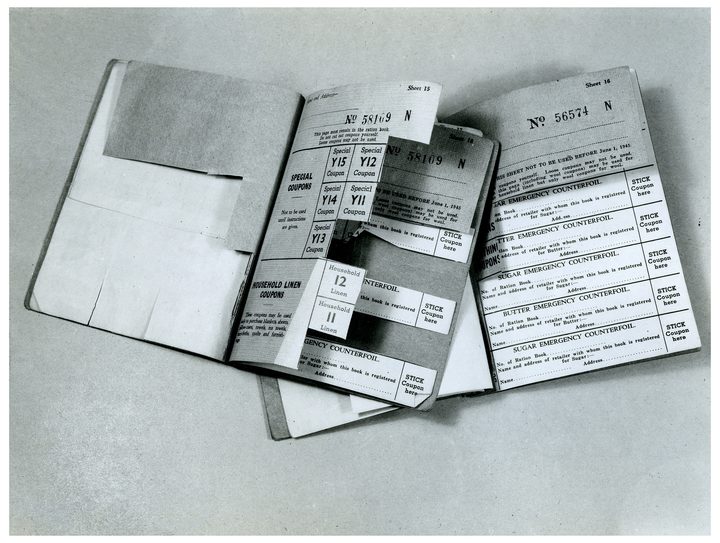 Rationing was still in force for petrol and butter until 1950, and all sorts of essential items like building materials were scarce. My dad had to scour the countryside for old corrugated iron from disused cowsheds to put a roof on our new house. 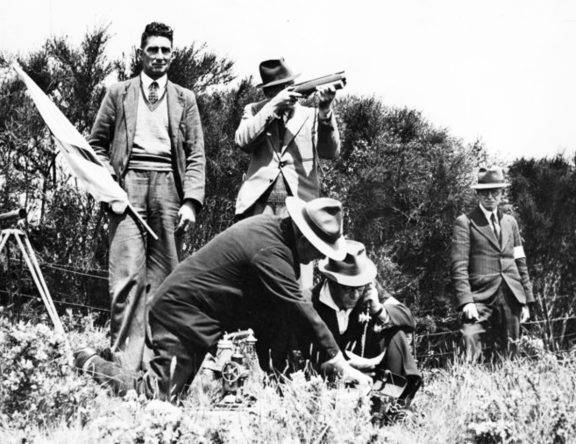 Everybody knew what their fathers and uncles did in the war, and which ones were able to stay at home and serve in the Home Guard.

People talked about those that had a Good War – which led to a career boost on return, and the social status that went with winning rank and medals. Some treated it as an all-expenses paid chance to travel and see the world, a kind of OE before OE’s became the rite of passage for young New Zealanders.

Well down from the Good War was the Boring War. Thousands of soldiers spent five years doing very little of anything, waiting for an enemy that never arrived, guarding coastlines and airfields, performing jobs and exercises made up to give them something to do. These men didn’t talk much about their war, but were just glad to get home and be useful again.

Then there were those who had a Bad War – returning home with crippling physical injury for all to see and sympathise over or worse still, mental scars that were only whispered about and left men traumatised, isolated and locked away in themselves.

Those who had been Prisoners of War seemed especially fragile and we were told not to bother them with our questions.

Our village had its share of all these varieties of War.

As children we watched and wondered what had really happened. We were hungry for war stories. A local bus driver had been a tail gunner on a Lancaster bomber over Germany but getting him to talk about his exploits was very hard. Few soldiers would, so we relied on comic book heroes like Battler Britton to fill in the gaps, along with movies like Angels One Five and The Dam Busters. 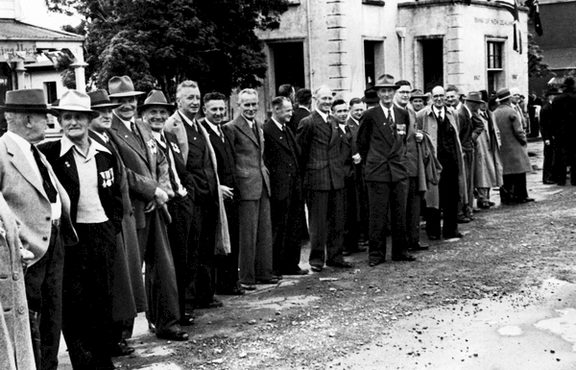 When ex-soldiers gathered at the RSA hall or wheeled out for the early morning Dawn Parade on Anzac Day, my memories of watching them from a distance was more about silence and a mood of quiet withdrawal.

We weren’t given much encouragement to glamourise The War, but we tried very hard none the less, helped along by shopping at Army Surplus Stores where you could buy camouflage clothing, ammunition boxes, webbing belts and pouches.

And there were firearms aplenty all around us. Shotguns for ducks and pheasants, .22’s for rabbits, .410’s for birds, ex-army .303’s cut down for deer and pigs.

Our boyhood armoury was limited to slug guns and they were certainly fired in anger, at the porcelain cups on telegraph poles and into the sacking sides of our enemies’ huts.

Later at high school, skill on the rifle range ranked up there with cricket and well ahead of soccer. The Army subsidised schoolboy marksmanship, in the belief it was a good investment for the next war.

Few of us believed we’d be able to avoid another conflict and the fighting that raged on the Korean peninsula and the growing clouds of the Cold War reminded us that violence wasn’t about to disappear. Again it was the movies that made sure we didn’t forget. None more so than The Bridges at Toko Ri made in 1954 from the Michener novel about the Korean conflict, starring William Holden and Grace Kelly.

But there were large parts of the War story we never heard. I don’t remember anyone talking about the Holocaust, or the Japanese prisoners cut down in Featherston, and the witness of conscientious objectors – that was never mentioned out loud. Though one local case was whispered about; details of dreadful abuse this young man suffered, the anger he triggered and the shame that his parents endured for years to come. 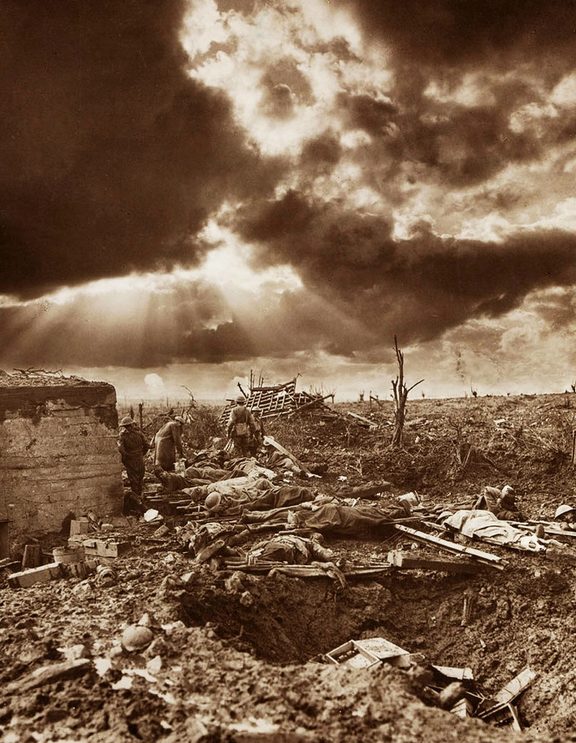 The best source of war stories was not the veterans of the Second, but the First, World War.

Two uncles had fought on the Western Front 30 years before, and happily regaled us with first-hand accounts of crawling through the mud in No Man’s Land. One of them was a sniper and remembered shooting Germans like rabbits, he’d say.

It was long enough ago for the truth to be faced and elaborated. But it was too soon for the horrors of WW2 to come close and honest, except in comic books and movies, and getting dressed up as war heroes at the Fancy Dress Balls.

We lived with the legacy of that war in all sorts of hidden ways.

Some of the returning soldiers dealt with their demons by avoiding them with alcohol. Domestic violence was another byproduct. I remember a woman down the road from us who’d appear with black eyes and bruises, and wondering how that could happen. And when someone got a beating in a fight, the first question was always what did he do to deserve it, rather than whether the behaviour was acceptable. 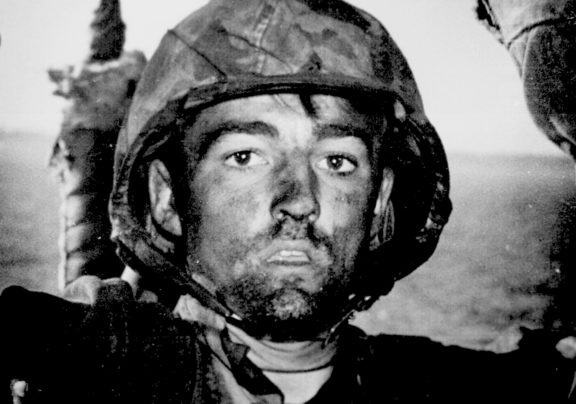 A USA marine in WW2 exhibiting the “thousand-yard stare” – evidence of shell shock which would later be known as post-traumatic stress disorder. Photo: Wikimedia Commons / National Archives and Records Administration,

When fights did break out, as they often did on the high school bus, the driver was notorious for stopping the vehicle and letting the warring schoolboys off to punch themselves senseless on the roadside.

Violence sanctioned in war spilt over into peacetime, inevitably. It became a habit hard to break. So the corporal punishment meted out in schools, especially high schools, often savagely and sometimes sadistically applied, was just the way things were.

No wonder convicted prisoners went on going to the gallows at Mt Eden.

The survival skills young soldiers learnt on the battlefields of Europe and Asia came with a huge and enduring personal cost, not only for themselves but their families and loved ones back home. Some had left as starry- eyed teenagers and returned as traumatised men, old beyond their years.

The War cast a long shadow on Nuhaka. We grew up under it but were not weighed down by it. It was seen as inevitable and bound to happen again soon.