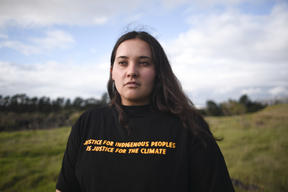 Kahu Kutia was raised in between the glorious maunga of her papakāinga; Te Urewera.  As a child in a very isolated place, Kahu grew up swimming in her awa, reading a lot, and refusing to ride the many horses that roam free in the valley.  It was in Waimana that she was able to learn the stories and history of Ngāi Tūhoe, from her father and wider whānau.

Kahu is an activist and freelance writer currently working in the archive industry.  She is a steering member of Te Ara Whatu, who were awarded the Amnesty International Ambassador of Conscience award in 2019.  She has previously written for publications like Vice NZ, Te Ao Mārama, Pantograph Punch, Theatre Review and The Wireless.  Her goal is always to uplift the unheard stories within Te Ao Māori, and prioritise the worldviews of rangatahi in a world that often considers stale, pale, male to be the default. 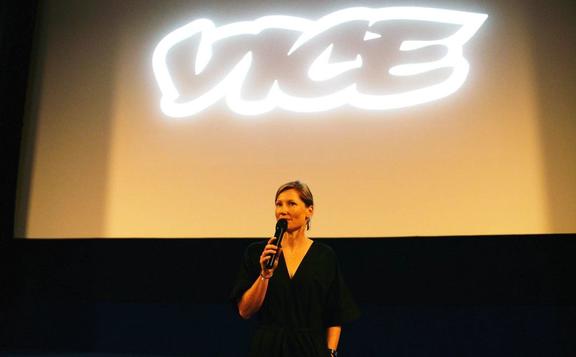 Frances Morton is a journalist and editor with a keen interest in telling stories focused on the future of Aotearoa New Zealand.  Frances was raised in Tauranga assuming everyone wanted to be a journalist when they grew up.  She travelled, studied a masters in journalism at UTS, Sydney and returned home as a cub reporter on the Bay of Plenty Times.

Her career has taken her through the changing media landscape from writing long-form feature articles for Metro and Herald on Sunday into the digital environment as Head of Content for Vice New Zealand.  She was nominated for Editorial Executive of the Year at the Voyager Media Awards 2018, and oversaw the production of Vice’s Zealandia documentary series which has been viewed by millions around the world.  Frances is currently Head of Re: News at TVNZ.  He Kākano Ahau is her first podcast project. 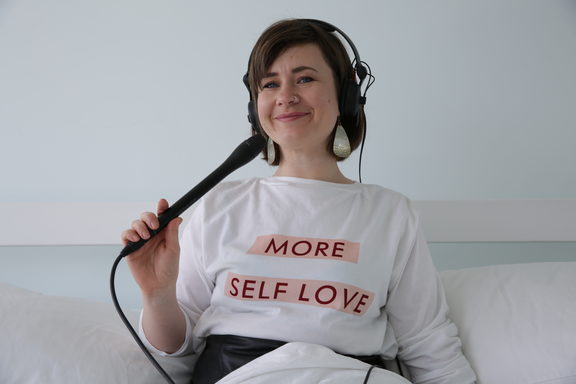 Melody Thomas is the creator of sex and sexuality podcast BANG!, sometime-presenter and producer for Music 101, and writer for various print and online media.

A graduate of the New Zealand Broadcasting School, Melody was once advised to 'channel her creativity into ad writing'.  Ever contrary, she decided to find a place where she would never have to write, listen to or think about an ad for the rest of her broadcasting life.

From making her first feature for Spectrum to producing shows like Summer Noelle and Afternoons, Melody eventually came to work with Music 101, producing live shows, long-form features and presenting over the summer.  In 2016 Melody fell in love with podcasts as a medium and the seed was planted for her own series BANG!, a frank, no-shame exploration into sex, sexuality and relationships over the lifetime. 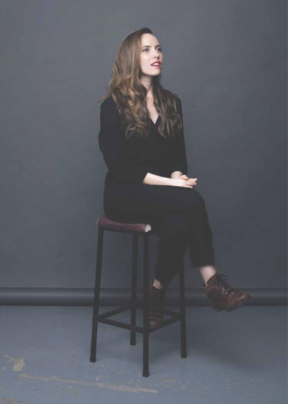 Born of New Zealand/Samoan descent producer/director Ursula Grace Williams was immersed in the art of filmmaking from childhood, growing up on set with her mother and sister working as wardrobe designers and her father working in art departments.

She directed her first short film Wahine Whispers while a postgraduate student at AUT.  Ursula’s short film The King, made as a part of her Masters thesis, won her the audience award at the NZIFF for best short, screened at the Sydney Film Festival 2016 and won her the Inaugural Bright Sunday Emerging Pasifika Director Award at the 2016 Wāiroa Maori Film Festival.

While producer at Vice New Zealand, Ursula was a key creative force behind the flagship Zealandia series, directing and producing episodes including Gangsters in Paradise: The Deportees of Tonga, NZ’s Deadly Synthetic Drugs Epidemic, Lost Boys of Taranaki and Inside Sex Work in New Zealand.