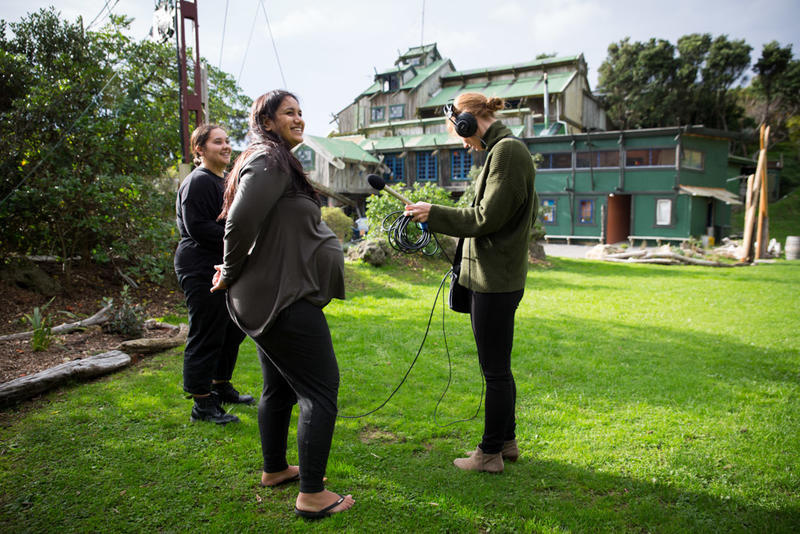 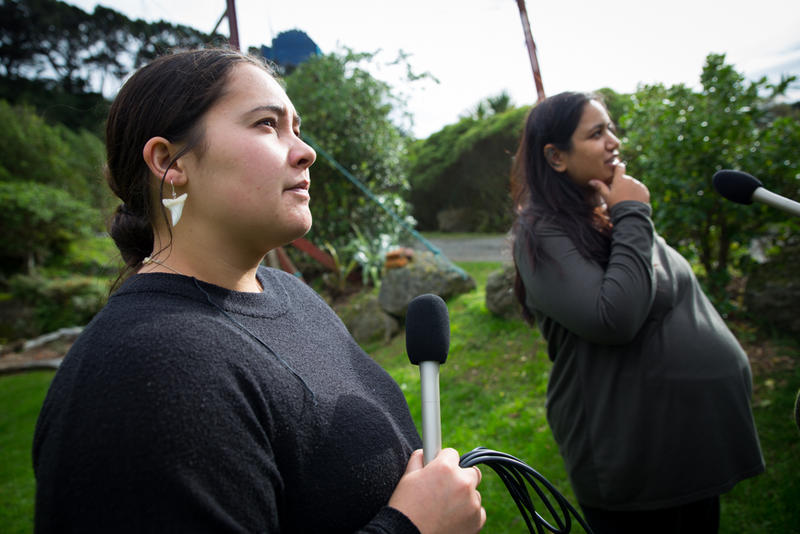 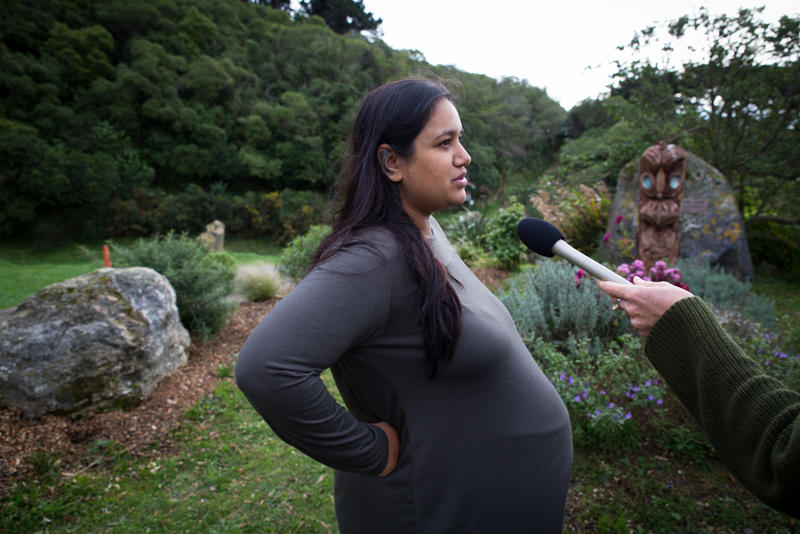 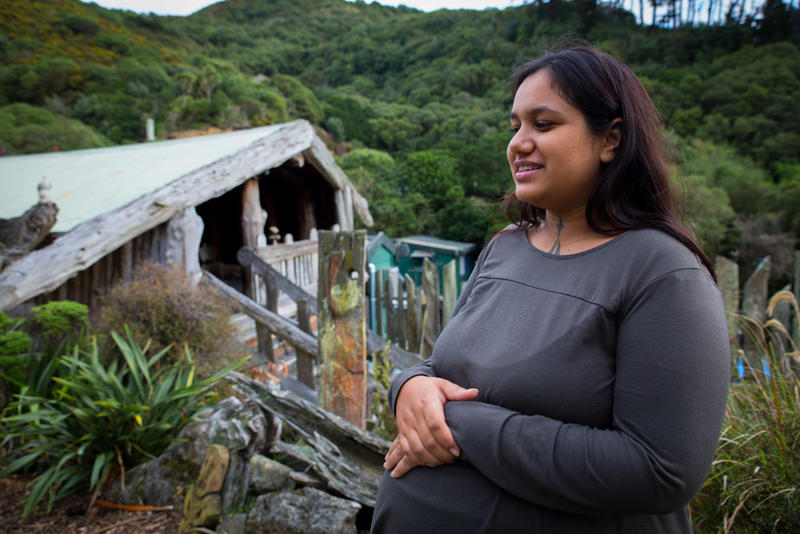 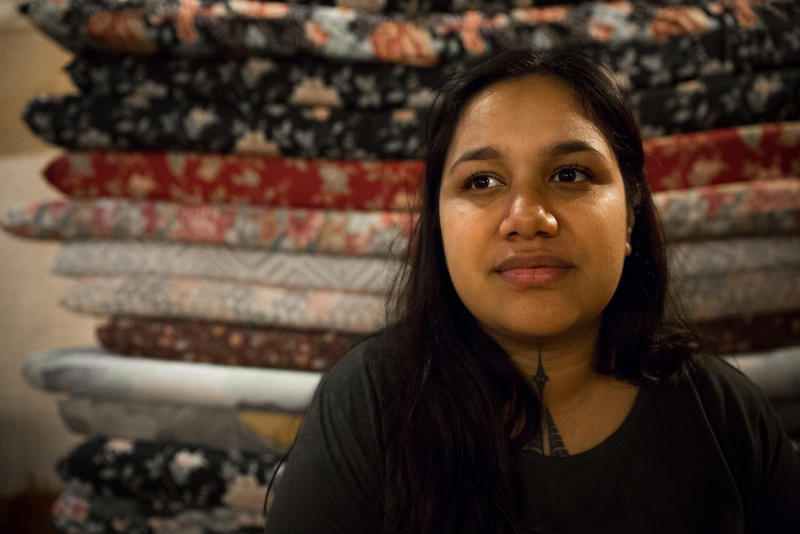 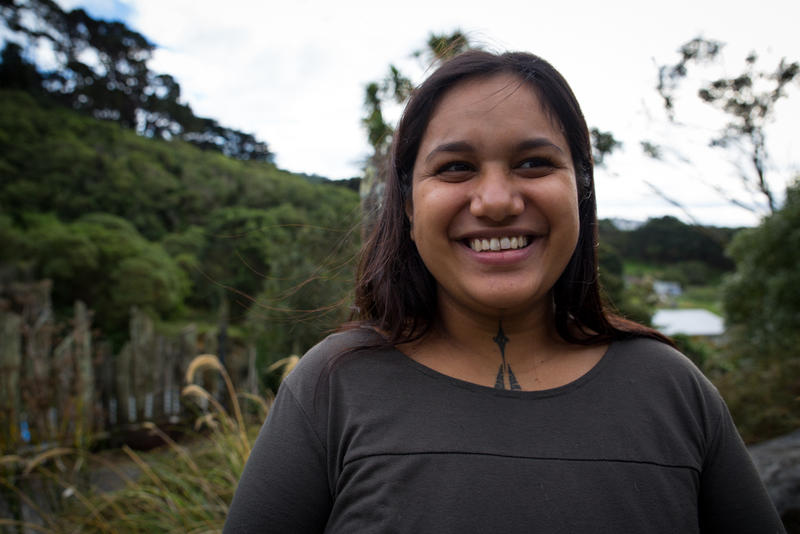 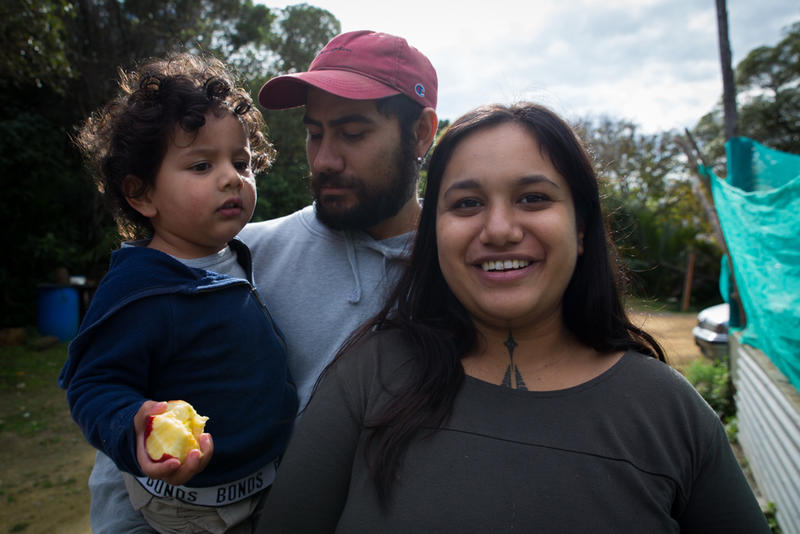 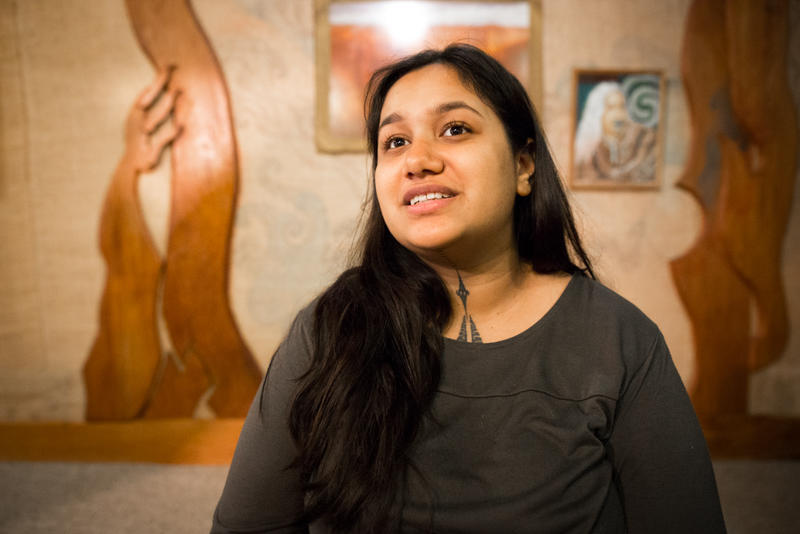 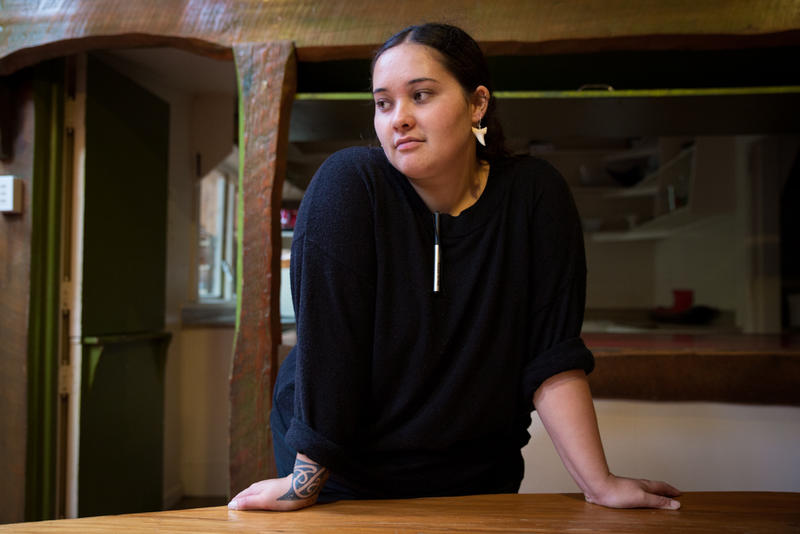 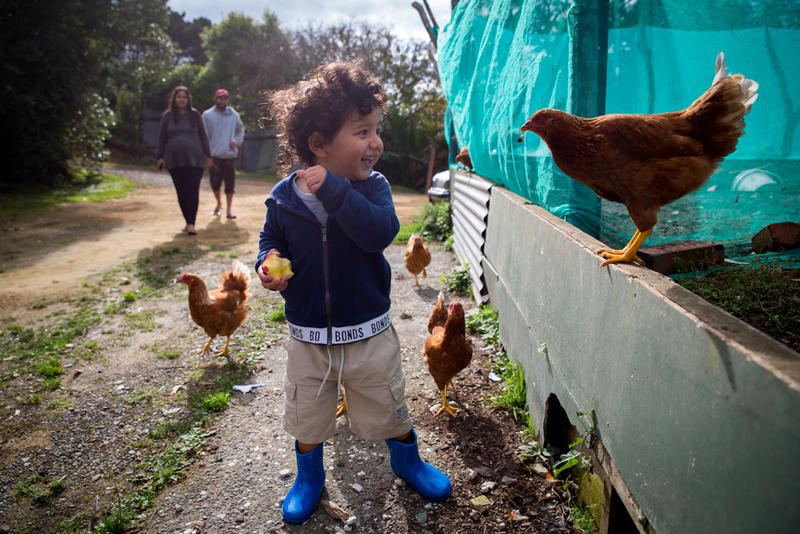 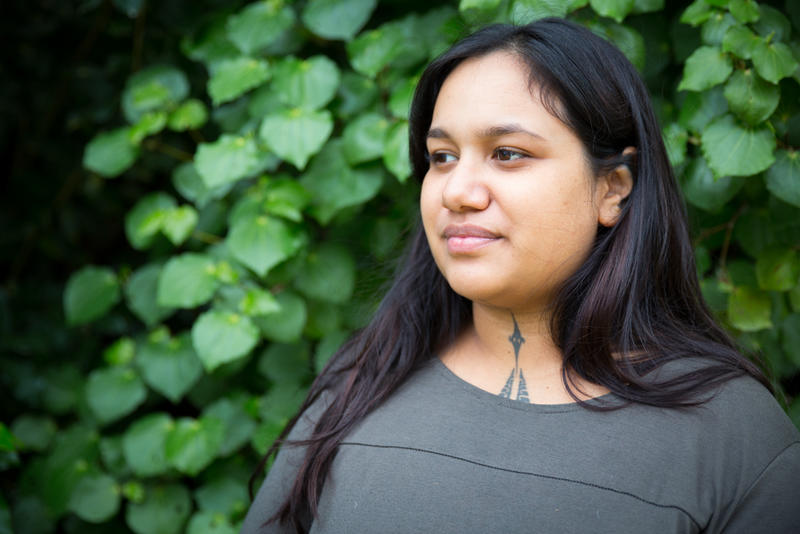 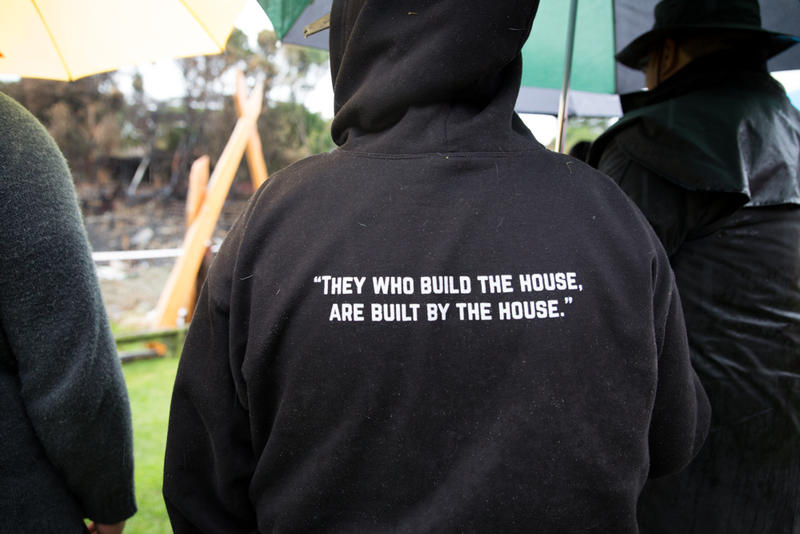 An attendee at the Tapu Te Ranga memorial service following the fire wears a top printed with the marae's whakatauki "They who build the house are built by the house". Credit: Dianna Thomson. 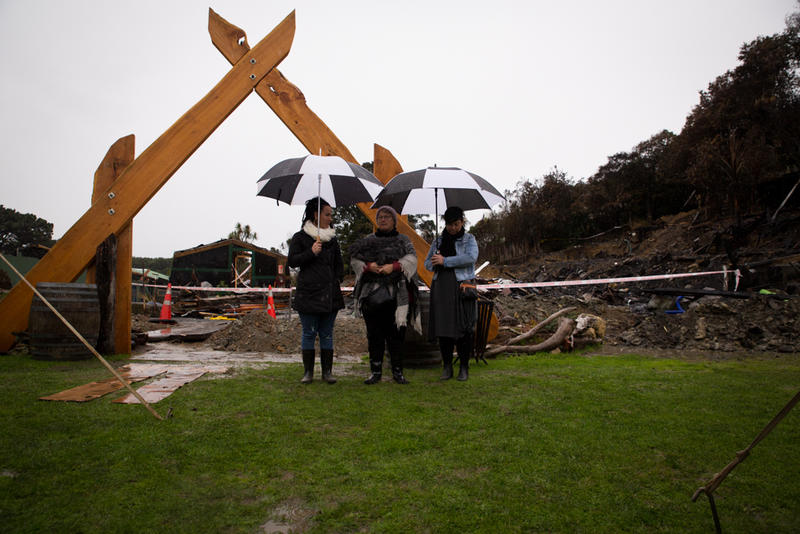 People gather at Tapu Te Ranga for a memorial service after the fire that destroyed the building. Credit: Dianna Thomson. 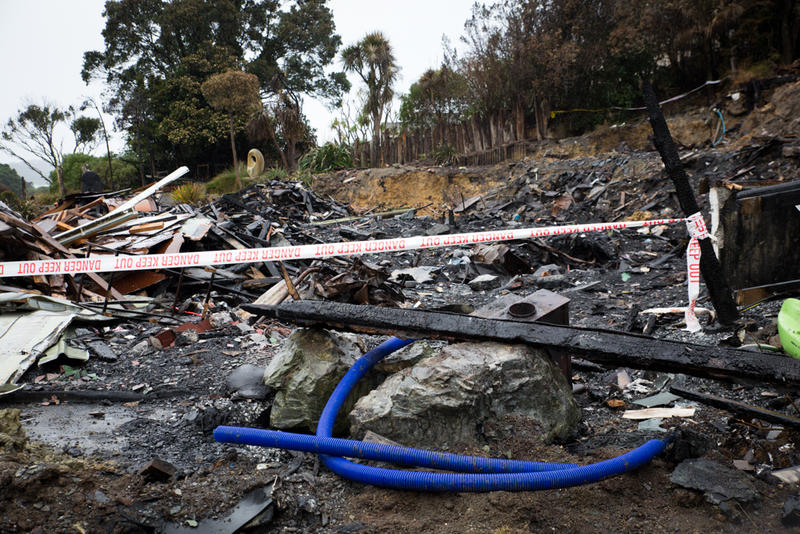 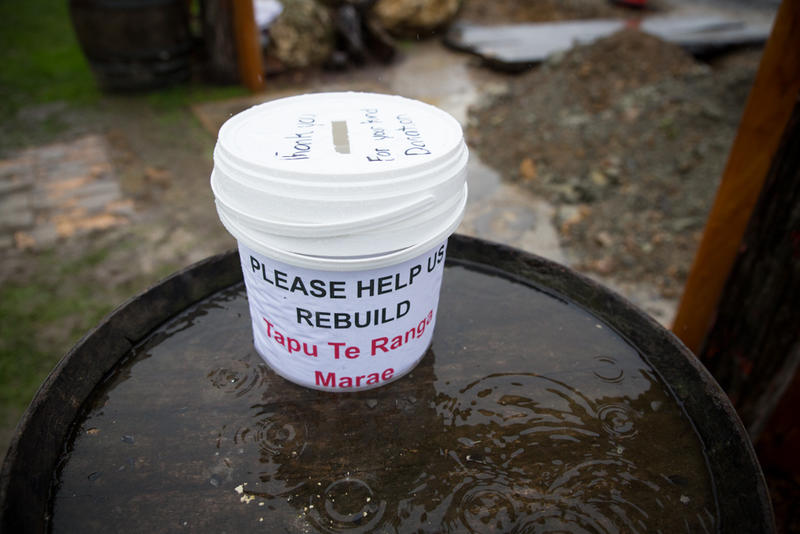 A can for donations to rebuilding Tapu Te Ranga marae. Credit: Dianna Thomson. 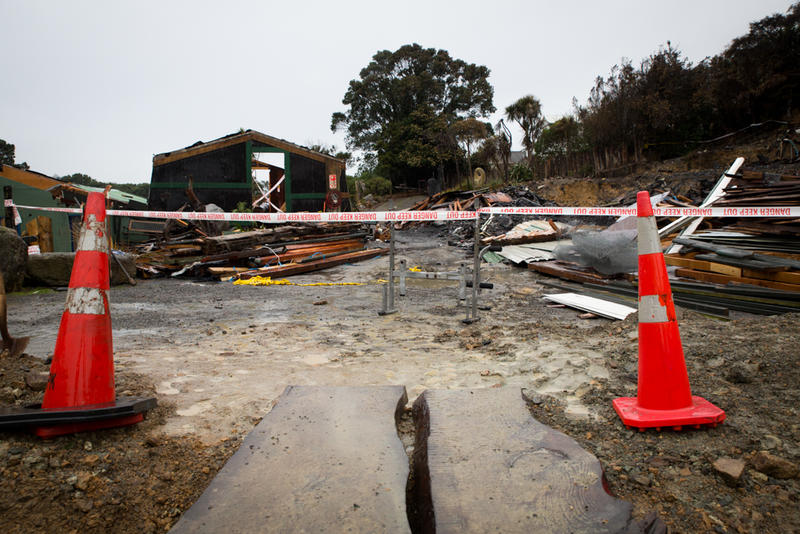 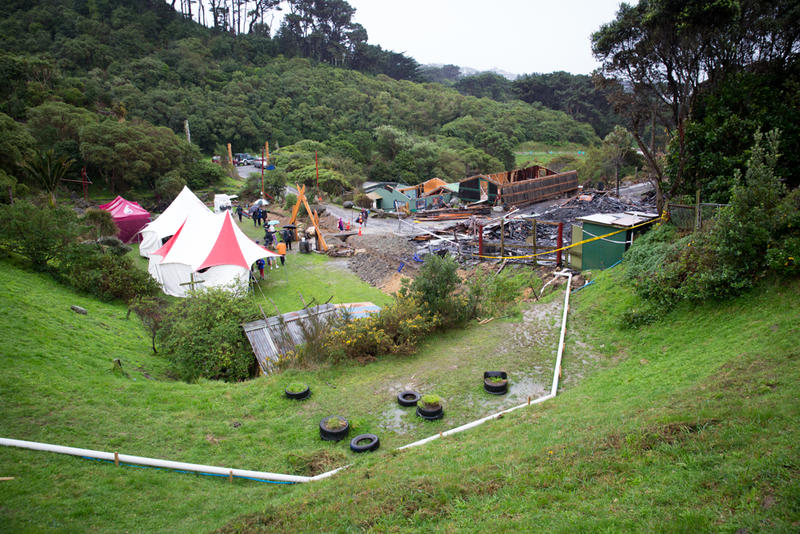 The burnt remains of Tapu Te Ranga marae from above. Credit: Dianna Thomson. 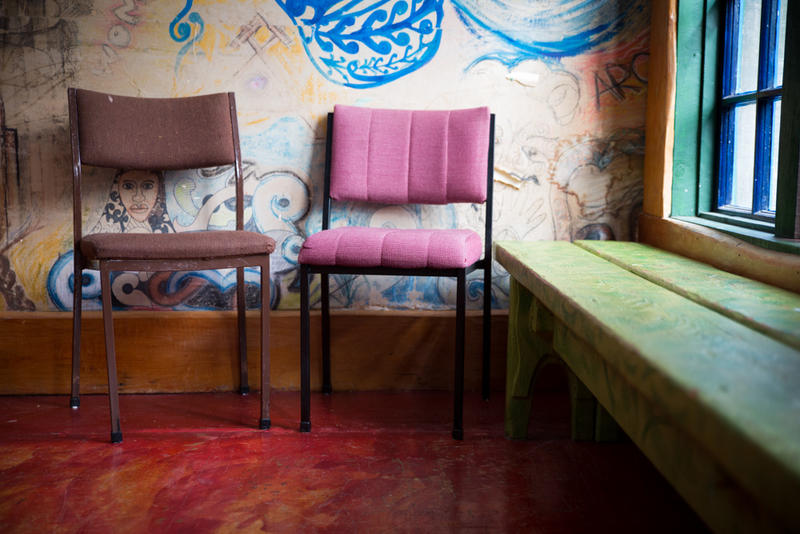 A painted wall inside Tapu Te Ranga marae. Over the years many artists contributed their creative work to the building. Credit: Dianna Thomson. 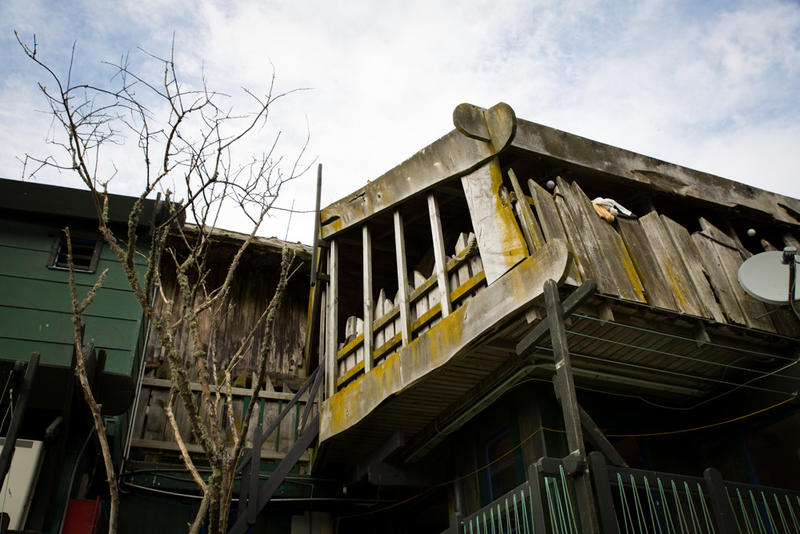 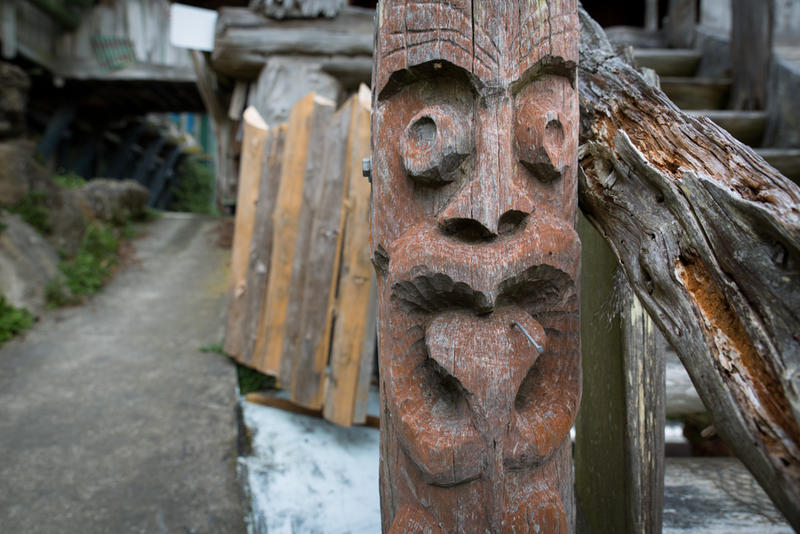 A carving near an entrance to Tapu Te Ranga marae. Credit: Dianna Thomson. 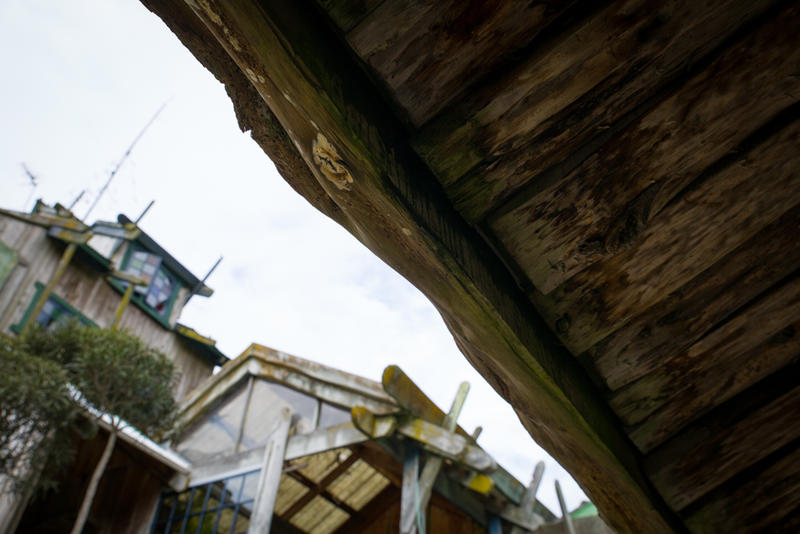 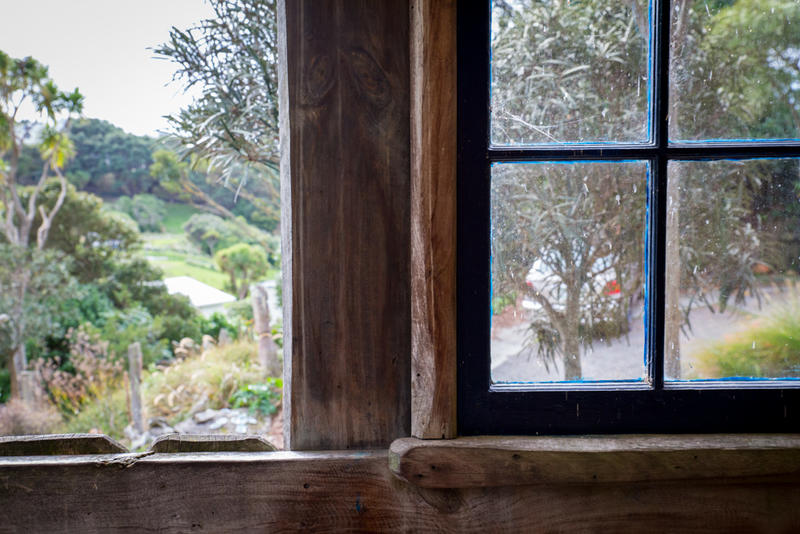 Looking through one of the handmade windows at Tapu Te Ranga marae. Credit: Dianna Thomson. 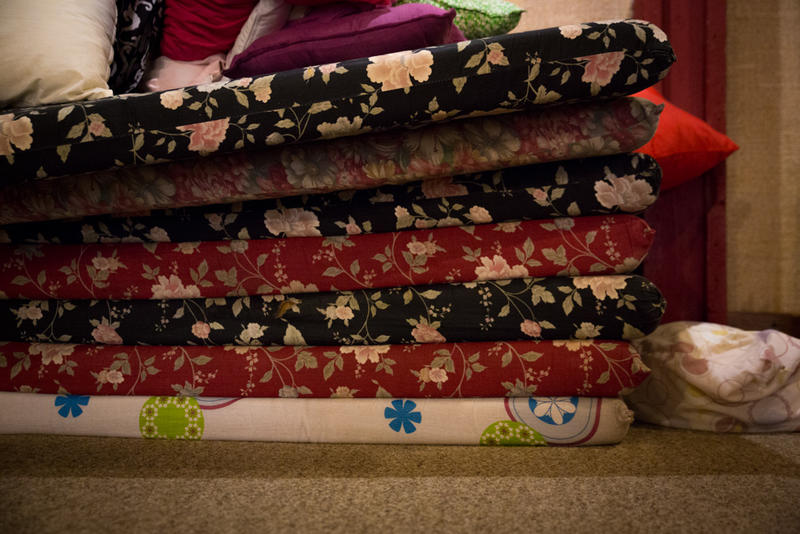 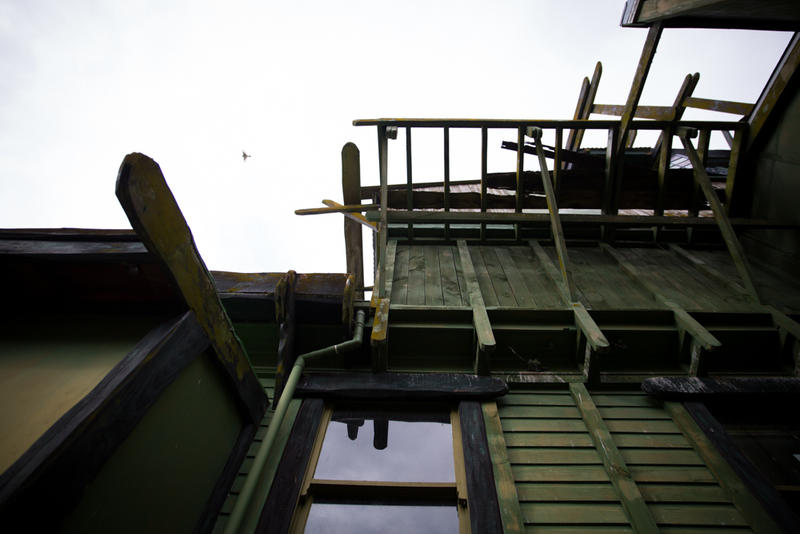 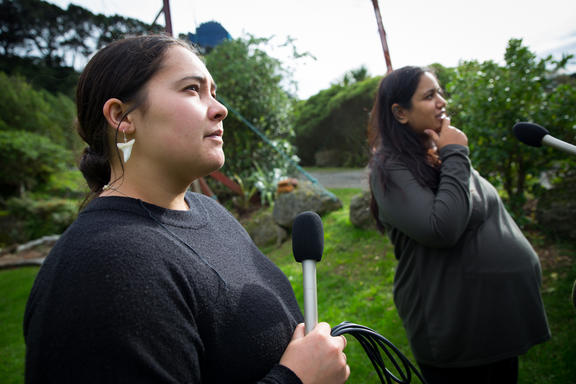 I grew up where the tarseal on the road crumbles away into loose rock and dust.  On a clear day, if you stand at the opening of the valley, you can follow the hills all the way to Maungapōhatu in the distance.  With my awa beside me, and my marae just down the road, I was able to locate my place in the world.

For most of my life, this was all that I knew.  But four years ago I moved to Wellington.

The first great migration of Māori happened when our ancestors came across Te Moana-Nui-ā-Kiwa to Aotearoa.  But I think there’s a second migration that is just as important.  In the 20th century, Māori moved from being 85 percent rural, to 85 percent urban.

Today we don’t really think of ourselves as urban people, and yet most of our people now live in the city.

In the 60s and 70s there was increasing awareness for a generation who was urban and Māori.  Ngā Tama Toa were in there, organising te reo classes in flats in the city, and pushing the government on Māori issues.

Many of these young people had grown up as a product of “pepperpotting”, a policy employed by the Department of Māori Affairs to place Māori families amongst Pākehā families in the better suburbs of Auckland and Wellington.  The goal was to assimilate Māori families into a Pākehā way of life. 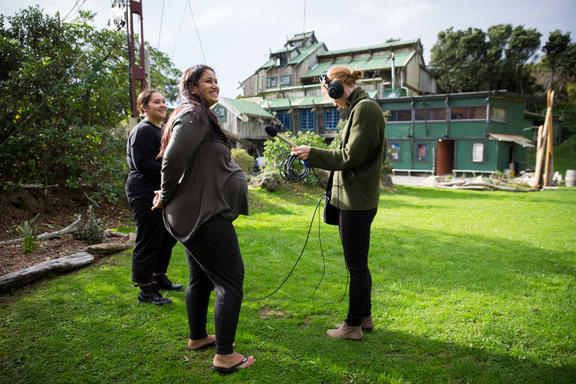 But the urban drift of our people came with a number of challenges.  Many came to the city under the promise of jobs, and upon arrival found they were the last to be considered.  It was during this time that we saw a number of Māori, particularly men, turn to gangs for a sense of community.  These were whole generations who were unable to find jobs, cut off from home, and often alone in the city without any support network.

When I came to the city I needed ground to stand on.  That tūranga waewae became Tapu Te Ranga Marae, tucked away in Island Bay, Wellington.  You would have never seen a marae quite like this.  The levels of Tapu Te Ranga Marae climbed up the hillside like a tātarāmoa vine.  A treehouse of your wildest dreams.

Tapu Te Ranga was built by gang members and displaced people of all kinds in the early 70s.  It was a dream brought to life by Bruce Stewart after he read an article in Māori publication Te Ao Hou.

This is the starting point of our podcast, He Kākano Ahau.  In a place not only special to me, but a place that has been a home away from home for hundreds of people.

In the early hours of June 9, 2019, firefighters were called to the marae to subdue a blaze that in the end destroyed the main part of the marae complex.  What we have lost is a marae shaped by thousands. 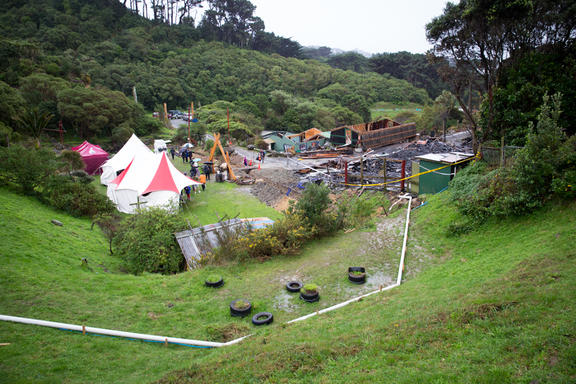 The whakatauki of the marae goes like this.  Ko te ringa tangata i hanga i te whare, engari ko te tuara o te whare i hanga i te tangata.  Those who build the house are also built by the house.

And so, this episode is a mihi to all those hands that built this whare, and all the hands that will aid in the rebuild of Tapu Te Ranga Marae.  I sat down with Bruce Stewart’s daughter and my friend, Pare Sannyasi before and after the blaze to talk about what Tapu Te Ranga was to those early generations of the urban Māori drift, and what it all means to us now.