First Person with John Campbell: 'It's not about money at all'

This is about a community, a way of life and a changing world. And it's set in the meatworks, in Wairoa.

Roughly 25,000 people work in meat processing in New Zealand. Much of it is seasonal work.

Until recently, most workers have been on collective contracts - the season ends, they leave, the new season starts, they come back on the same contract  - with any adjustments having been negotiated by their Employer and their Union.

Most employers do retain this system. 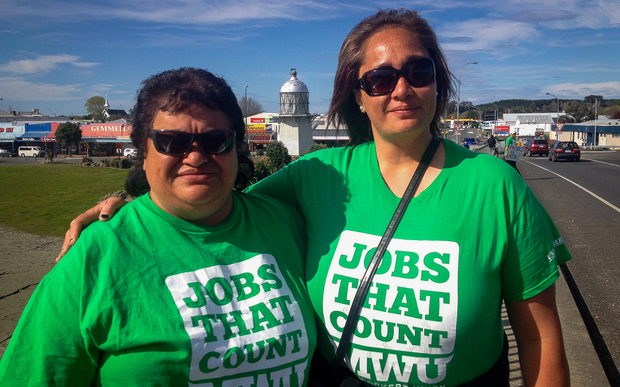 Tina and Daphne on the bridge - two of the workers holding out against Individual Employment Agreements. Photo: RNZ / John Campbell

But AFFCO, owned by the Talley family, is changing the old order dramatically. It won't hire workers back on collective contracts.  Increasingly, if you want to work for AFFCO, you have to sign an Individual Employment Agreement (IEA). No IEA effectively means no job.

And in one meat processing plant after another, AFFCO's workers are falling into line. Many don’t want to, but they need the work and say they have no choice. 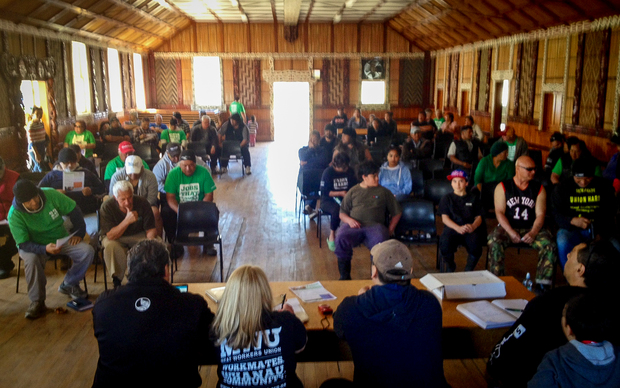 But in Wairoa, they're holding out. Over 150 workers are refusing to sign IEAs, meaning they're not going back to work. 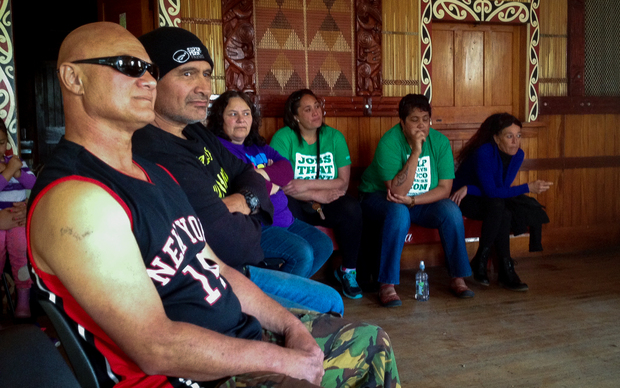 Frank, who has been at the meatworks for 38 years, says it's not about the money.

"It's not about the money at all, it's about our right to negotiate...and our health and safety."

The Meat Workers Union is currently challenging AFFCO's position in the Employment Court, and AFFCO says the current proceedings mean it can't participate in this podcast. 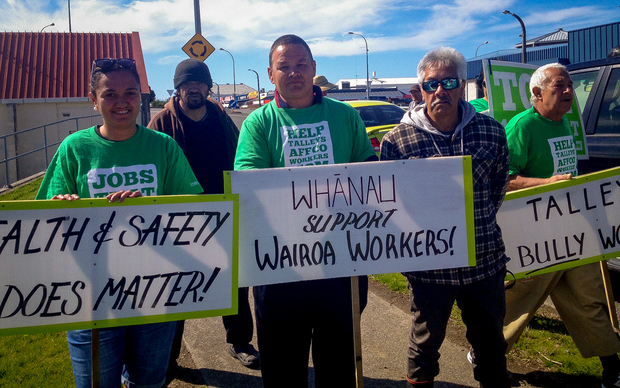 Some of the workers coming down from a bridge where they were holding a protest. Photo: RNZ / John Campbell

So, what of the workers themselves?

This podcast, recorded in Wairoa, tells their story.