On the road to driverless cars 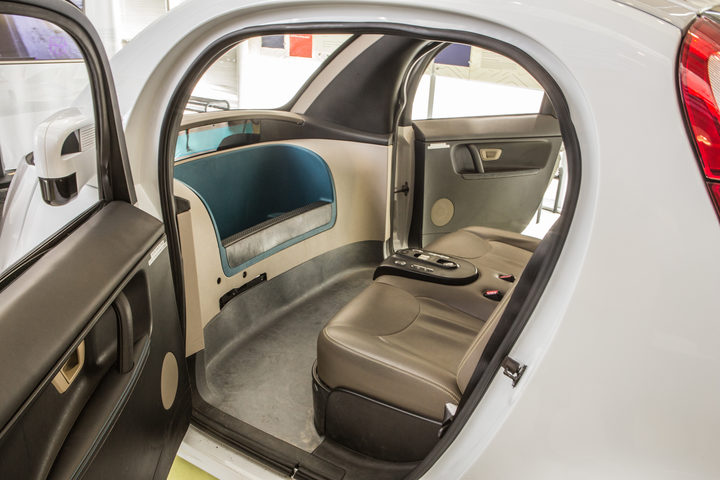 The philosopher James Maclaurin concedes that when driverless cars are fully operational, they will know lots about velocity and mass. They will be able to detect cars and trucks and people. They will know about the road. But that, he says, is where their worldview will end.

Listen as a high-powered panel discusses the changes autonomous vehicles will make on our driving, our roads and our world in front of a Dunedin audience.

According to the Associate Professor from the University of Otago, we can’t ask an autonomous vehicle anything outside that domain.

“Does it experience the world? Yes. In some sense, very well. Does it know what it’s like to lose a friend in a traffic accident. No. Is it good at making moral decisions? Well, that depends a bit how we develop them and what sort of technologies that we use.” 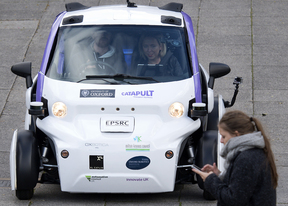 A woman uses a mobile phone as she walks in front of an autonomous self-driving vehicle being tested in a pedestrianised zone during a media event in Milton Keynes, north of London. Photo: AFP

On the positive side, if we use machine learning and train them on a dataset of human beings driving, they don’t fall asleep.

“They don’t get road rage,” he adds. “They’re uniform and measured in their moral response. Maybe they’ll be better than we are.”

He considers that the dividing line for a sense of moral agency will be blurred by this new technology: “It used to be us and everything else. Now it’s us and Artificial Intelligence.” Which raises lots and lots of questions, among them the issue of liability.

Citing the example of an autonomous vehicle crashing through his front fence, he asks “Who’s responsible? Maybe it’s made as well as the makers can make it. Are we going to treat it as an act of God? Are we going to push ACC out to cover damage to property, not just personal injury? Do we hold the makers liable, do we know the makers made a good job of putting moral agency into the car?” 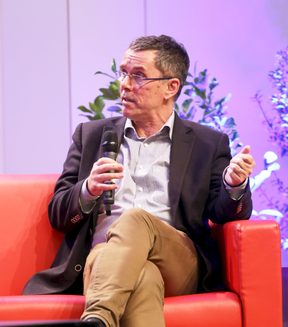 He suggests that when dealing with humankind, such philosophical questions are more straightforward. “You and I are people. So we can trust that we are able to make moral decisions. And we’ve got a backup plan. If we get it wrong, we can be fined. We can be sent to jail. There’s no point doing that for an autonomous vehicle.”

Assoc. Prof. Maclaurin also is not so sure that there will be a consumer demand for driverless cars, at least until they have notched up an exceptional record of safety and reliability.

As the technology is not yet able to provide a fully autonomous experience, cars, he believes, are not labour-saving in the sense that a washing machine is. Were it at the current state of development as driverless cars, you would have to stand in front of it for the duration of the washing cycle, thinking "Good heavens, if it stops working, what am I going to do? Do I throw my hands in and wash the clothes?"

Once it finally becomes labour-saving, he sees two potential futures – one in which these vehicles attract a premium and become status symbols. The other possible future is like that of Google Glass: “Worked perfectly. Did what it said on the tin, nobody wanted it.”

Andrew Jackson has been the Deputy Chief Executive of the Ministry of Transport since August 2011.  He leads the Specialist Advice and Strategy Group in the Ministry. He was previously Deputy Secretary in the Ministry of Economic Development where he was responsible for policy relating to regulation of financial markets, company law, intellectual property and competition law and trade tariff policy. Prior to that he worked for the UK’s Chief Scientific Adviser Sir David King on UK science policy and helped lead the UK’s Foresight programme, which used science to help tackle challenging issues such as obesity, drug use and cybercrime. Outside of work, he is a father of four, and enjoys water sports, from kayaking to swimming and scuba diving.

James Maclaurin is an Associate Professor of Philosophy and Associate Dean for Research in the Humanities at the University of Otago. He is a principal investigator on the “Artificial Intelligence and Law in New Zealand” project which is funded by the New Zealand Law Foundation’s Information Law and Policy Fund. The first aim of the project is to investigate the way in which AI might affect New Zealand’s justice system. This includes considering issues to do with responsibility, liability and private concerns related to AI. The second aim is to investigate the way in which AI will affect employment law in New Zealand. Connected and autonomous vehicles will be an important case study for the project. James’ co-investigators are Ali Knott who works for Otago’s Department of Computer Science as well as Soul Machines (an AI startup based in Auckland), and Colin Gavaghan from Otago’s Faculty of Law.

Liselotte is Managing Partner of the innovation and futurist company Future Navigator. Prior to that, she was Director at Fahrenheit 212 an ideas company owned by Saatchi. For 8 years she worked as Director of Research at the Copenhagen Institute for Futures Studies. Since 2002, she has been a member of the Foresight editorial board and she is a founding member of the Global Future Forum.

Liselotte works extensively with scenarios for the future, innovation, technologies and megatrends that have consequences for the way we think, work, feel and behave. She is in great demand as a keynote speaker all over Europe and the US as well as consulting for several global organisations.

Born in Denmark, she has an M.Phil. in Economics and Politics from St. Antony’s  College, Oxford University, UK. Liselotte speaks Scandinavian, English and French.

David Thomson has over 25 years’ experience as an award-winning motoring journalist and commentator, firstly based in the UK, and in recent years in Dunedin. He is currently Editor of Drivesouth – the motoring publication of the Otago Daily Times. This is a decidedly part-time position that contrasts with his main career, in a strategic and future-focused role as Director of Planning and Funding at the University of Otago.

David has a keen professional interest in autonomous motoring technologies. His first exposure to such technologies came a decade ago, behind the wheel (hands-off, of course) of a prototype self-driving Honda at test track in Japan. The production iteration of that prototype emerged some years later as the first car with a meaningful self-driving capability sold in New Zealand. Since then David has evaluated many vehicles that showcase the deployment of such technologies into real-world motoring.

Holding degrees in history and business, David’s interests outside of work and family include fishing, sea kayaking, military history, food and wine, travel and coaching top-tier teams and athletes in sport (soccer and surf lifesaving). He holds, or has held, governance roles in a number of educational, sporting and philanthropic organisations.

Ian is the senior Otago-Southland reporter for RNZ. As well as covering thousands of Southern stories, Ian has reported on many significant national stories including the Pike River mine explosion and Royal Commission, Christchurch and Kaikoura earthquakes, and Victoria’s Black Saturday bushfires. In the past 9 years, Ian has presented the Summer Report news programme, been the environment and forestry reporter and produced almost a dozen documentaries.

Hailing from Adelaide, South Australia, Ian studies physics at university and moved through a varied career including gardening, church volunteering in Tahiti and university administration. He has lived in Dunedin for 15 years, but does not yet have a tartan!