This week, Lisa Owen, Tim Watkin and Guyon Espiner on how PREFU has changed the campaign, how Peter Dunne's departure may signal a changing of the generations, and how the minor parties want to change the conversation.

Put the clubs down and back away. That's what Labour and National tried to do after the Pre-election Economic and Fiscal Update (PREFU) was released yesterday.

The first moves by both major parties were defensive. Labour ruled out an increase to the top tax rate, trying to diminish National's attack line that they are the party of taxes, taxes and more taxes. At the same time, National took tax cuts off the table, undermining Labour's attack line that Joyce & Co are willing to starve essential public services, such as health and education.

And yet. And yet. Labour's standing by its decision to set up a tax working group should it become government and take advice from it on how to reform the tax system. Jacinda Ardern and Grant Robertson claim the current tax system isn't fair, but won't openly campaign on what they think a fair system looks like. While it's widely assumed Labour is inclined towards introducing a Capital Gains Tax (they campaigned on one in 2011 and 2014), Ardern insists she won't make up her mind until she's seen the tax group's recommendations.

Yet as Guyon and Lisa point out in the podcast, she has confirmed that she and Robertson will appoint the members of the group, so can more or less ensure the result she wants.

So National will keep using the 'Let's tax this' club from now until 23 September as they try to convince voters that change is too risky and more of the same is in their interests.

Labour, in its turn, will keep looking to bash National for its lack of commitment to improving public services, that have now been run under the Bill English 'do more with less' mantra for nine years. Notably, while the headlines shouted that Steve Joyce had taken tax cuts off the table as a result of the slightly worse than expected PREFU numbers, the fact is Joyce did actually promise tax cuts yesterday. He just suspended them. 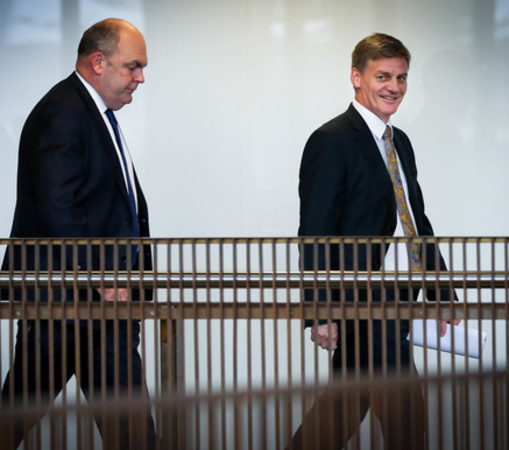 At his press conference, Joyce ruled out tax cuts in this campaign, but added he would look at the possibility of raising tax thresholds as part of another 'families income package' in 2020, should fiscal conditions allow. Then, later in the day, he released a press statement that was much stronger than those initial words. The statement committed National to another package in 2020, essentially on the condition that his government gets to do what it's already promised to do in Budget 2017.

So he essentially locked in another families package just ahead of the next election. And let's cut through the spin: His 'families income package' is a tax cut by any other name. It essentially means lifting tax thresholds so that those on the average wage pay less tax.

So while the two parties made big calls to take ammunition off their enemy, in truth little has changed. The attack lines may be muted slightly, but are hardly silenced or removed. 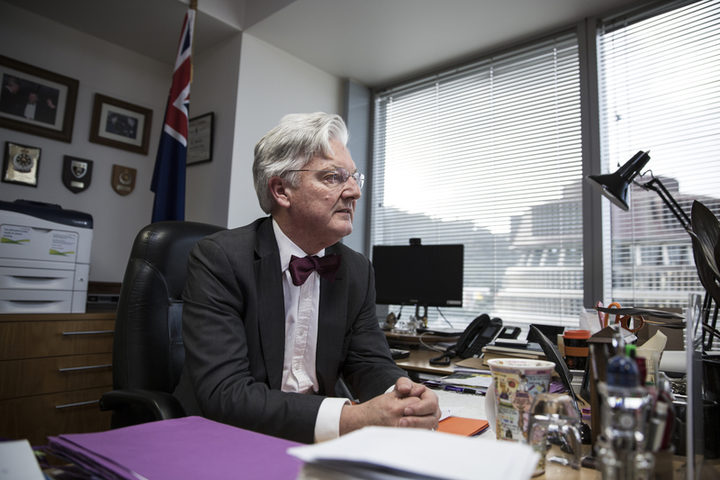 One politician who did remove himself this week, however, is United Future's Peter Dunne. His resignation - the third party leader lost inside a month - would have infuriated National, the Caucus team agreed. It sent the signal that unstoppable change was coming and there was no point in even putting up a fight. We discussed whether that's just reward for National after three terms in which they gave him a job as minister and protection in his electorate. 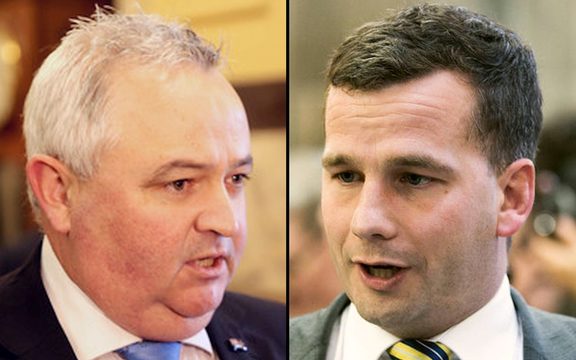 However, just how hard it's become for minor parties was underlined this week by the squabbling breaking out amongst them. To see Gareth Morgan, David Seymour and Richard Prosser arguing with each other this week was to witness the frustration of parties being starved of political oxygen, as the two major parties come out swinging.

The minor parties must wish they had any clubs to use at all, because for now they're looking increasingly impotent.