In the fourth episode of Caucus, Guyon Espiner, Lisa Owen and Tim Watkin discuss Bill English's Epsom and Ohariu urges, whether the Greens are losing control, the link between New Zealand First's vote and immigration, plus the Perry incomes report.

This time there's no cup of tea and little intrigue. Bill English has simply and directly told National Party supporters to give their electorate vote to United Future in Ohariu and to ACT in Epsom. Even though he seemed to almost forget the name of Peter Dunne's party, the message was clear. More of the same, please.

National is running this 'pre-campaign' campaign very quietly, letting the minor parties make the running and headlines, trying to look above it all and, well, governmental. Its goal will be to minimise its almost inevitable loss of vote at the end of a third term and to defy the nine year rule (that says it's almost impossible for New Zealand governments to win a fourth term) by making as little fuss as possible.

One of the potential road bumps along that path was announcing what have often been called its "dirty deals" with coalition partners. But yesterday, simply standing in the lobby at parliament, English frankly said he'd like to keep governing with the same parties that have been part of the National-led government since 2008: ACT, United Future and the Maori Party. 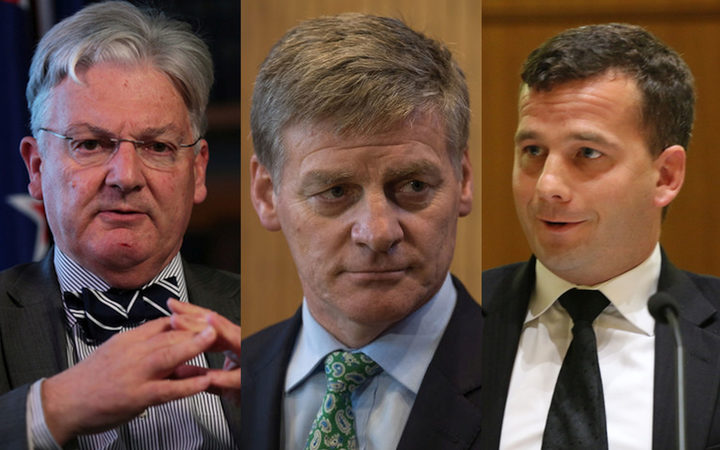 To help that long, he said, National Party supporters should back another party, in their electorate vote. In previous years that has opened the party to ridicule. It seems dodgy for a party not to back itself and endorse its own MPs wherever possible. If they aren't trying to maximise their own vote, there must be something up.

And of course there is. They are gaming the system, trying to add what could be a couple of crucial bolt on parties to create a majority in parliament and keep Winston Peters out of government. Again. The code word here is: stability. English, perhaps with worrying echoes of Theresa May, is pushing a message of 'strong and stable' government and this announcement was consistent with that.

There was no media event at a cafe, no joint statement with United Future's Peter Dunne or ACT's David Seymour. It was all played down. But let's not pretend, this could be significant. A couple of seats bolted onto National (Dunne and Seymour have both ruled out Labour) could yet be crucial, depending on results.

Yes it is gaming the system. National is effectively using these two parties as vassals to prop up their governmental estate. ACT and United Future only exist now because they serve National's interest and can reasonably be treated with scorn as a result. They are not proper parties. They are perhaps more like independent candidates, standing alone. At least Dunne is. And with a mere 710 vote majority, he's utterly National's man. And the extra seat United Future supplies looks increasingly dodgy.

Seymour has been much more successful at earning the support of his electorate. If National stood a strong candidate against him and wanted to win the seat, I could imagine it being a close run thing. Although ultimately,even with all his efforts, he'd likely lose.

Voters have never been fond of these coat-tail deals. In 2012 the Electoral Commission's review of MMP suggested they be ditched but - exactly for the sake of these sorts of deals - National chose to ignore them. So it's all a jack-up.

But you know what? There's less heat in the issue this election precisely because those parties are so weak.

On Morning Report today, Seymour said he wanted to repeat ACT's glory days of 2008, when it got 3.65 percent and brought in five MPs. Thing is, that's exactly the sort of result that drives voters' nuts about this MMP rule. So Seymour may wish for the influence that comes with such a result, but he could also unwittingly be wishing for a backlash. ACT was back to a single seat in 2011.

But English has at least been transparent and clear. Gaming, perhaps, but no games. He's using the rules of MMP the best he can, and surely that's basic politics.

We dig into these deals in this week's Caucus, but we also have a 'nerd-off' as we discuss poverty, with the release of the Perry report, and immigration, after National has backed down on its plans to even tweak immigration numbers, under pressure from farmers and employers.

We'll also talk Winston Peters, who had his own stability message this week and seems to want people to stop talking about him as Prime Minister. 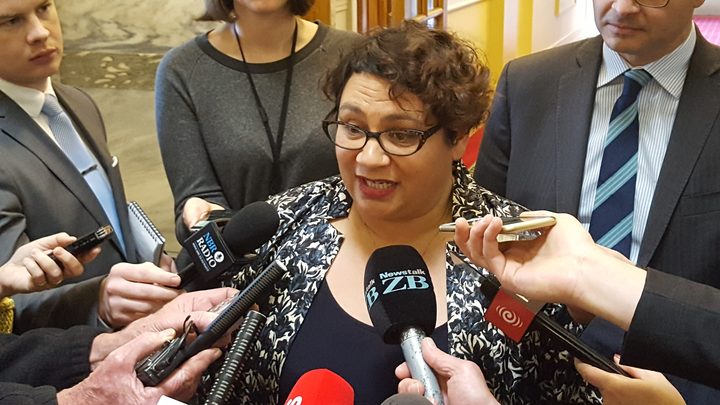 Then there's Metiria Turei's confession that she lied to Work & Income back in the 1990s and got a higher benefit as a result. Now that the Ministry of Social Development are investigating her case, is the "conversation" the Greens have started getting out of their control? And how much trouble could she be in?