This week, in episode three of the Campaign podcast, people have started voting and postal votes returned to the Auckland Council are running ahead of the same time in the 2013 election, when turnout slid to 35 percent. 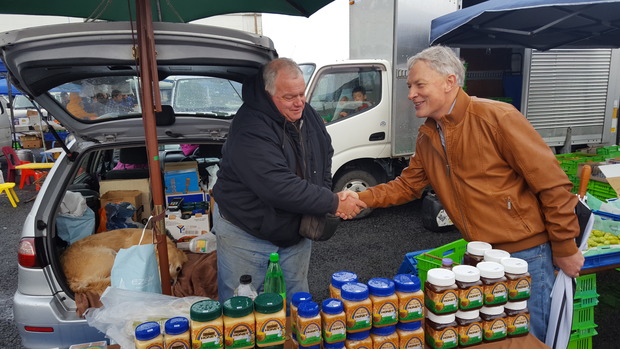 Mr Goff is ahead in published opinion polls, with the most recent, an online poll published by the Spinoff, putting him on 38 percent support, with his nearest rival Vic Crone, on 11 percent.

The veteran Labour MP says his strategy is always to go to every event as though he was 200 votes behind in any race. 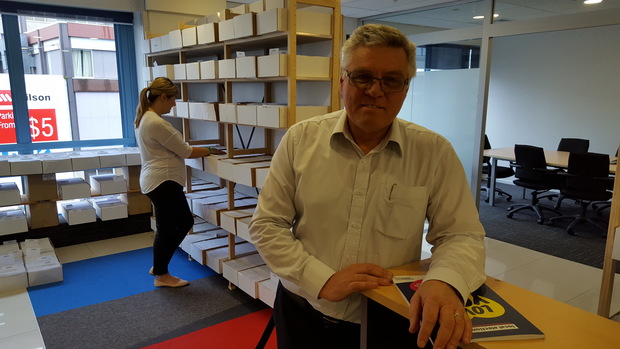 Todd also gets as close as is allowed to the voting papers themselves, chatting with Auckland's electoral officer Dale Ofsoske, who's picking a turnout better than the last election in 2013.

Mr Ofsoske has managed elections in Auckland for three decades, and while each has been different, he believes the size of early mailbags is a promising sign.

John Campbell spoke to the mayoral candidates on a bus ride through the city Photo: RNZ / Bradley Ambrose 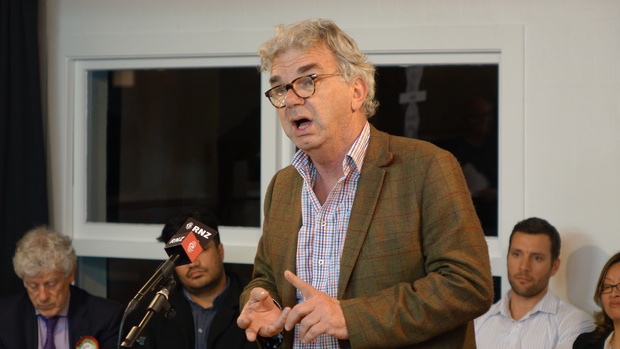 And former broadcaster turned Waitemata Ward candidate Bill Ralston tells a meeting in Grey Lynn about what he discovered knocking on doors in wealthier Parnell.