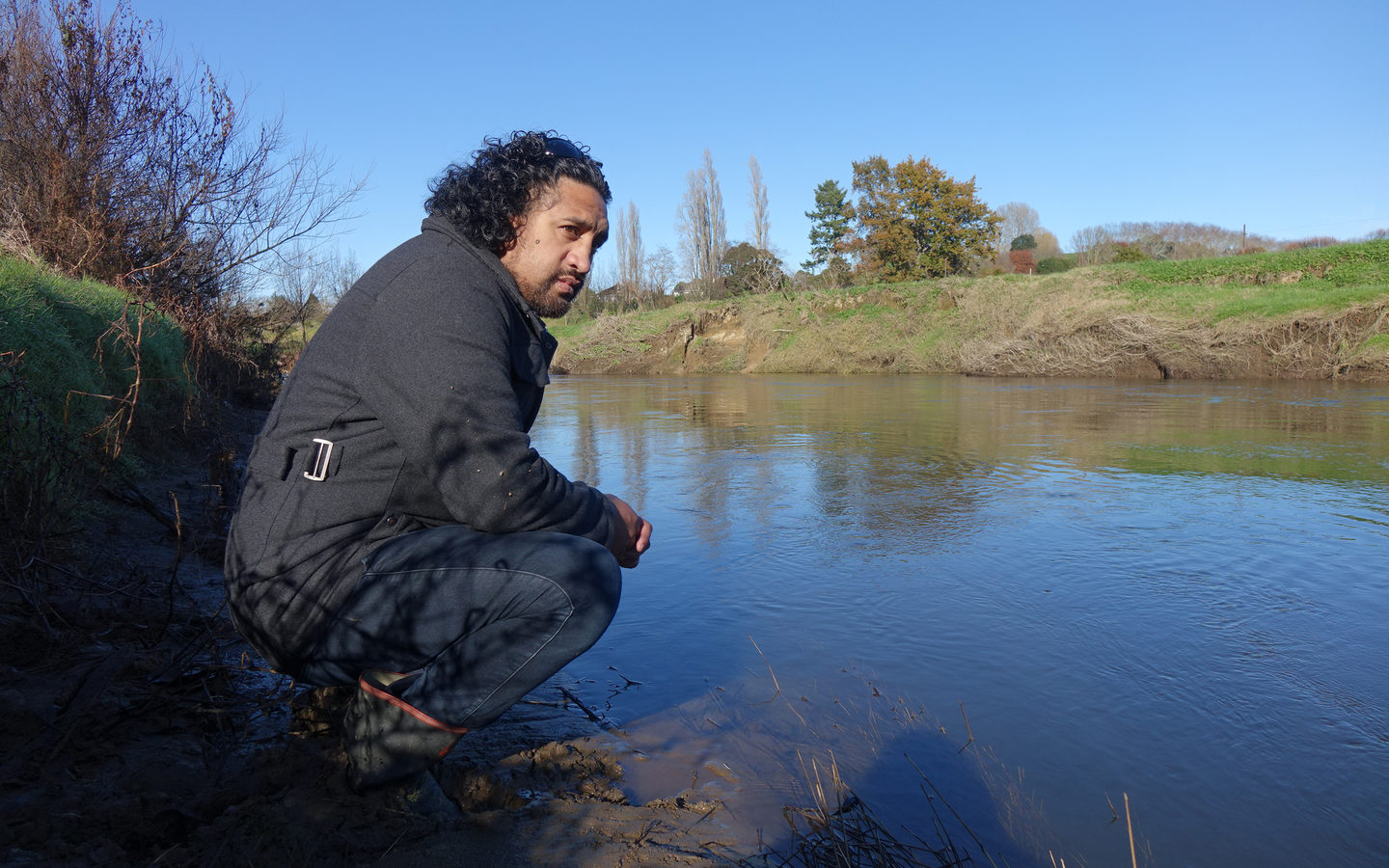 At the side of a busy country road, Quinton Tunoho crouches down on the banks of the Puniu River to contemplate its murky waters.

The Puniu is a tributary for the Waipa River, which, in its turn, flows into the Waikato - but it is far from the gravelly-bottomed clear waterway Mr Tunoho remembers from his early years.

"We were able to swim [and] catch anything and everything at any time of the day, but over the last 10 to 15 years there's been a dramatic change," he says.

The Ministry for the Environment says it is okay to swim in the Puniu some of the time.

Waikato Regional Council says it is not.

There are 180,000km of rivers officially mapped in New Zealand. They supply our drinking water, help irrigate crops, are used for recreation, and generate half the country's electricity.

Fresh water is a taonga, yet it is impossible to ignore that the country's lakes and rivers are under pressure.

Despite efforts by the government to set new standards on water quality, the shocks keep coming, including outbreaks of the potentially lethal bacteria E coli.

And, just as the government disagrees with Waikato Regional Council over the Puniu, it also finds itself at odds with freshwater scientists over the new water quality standards. 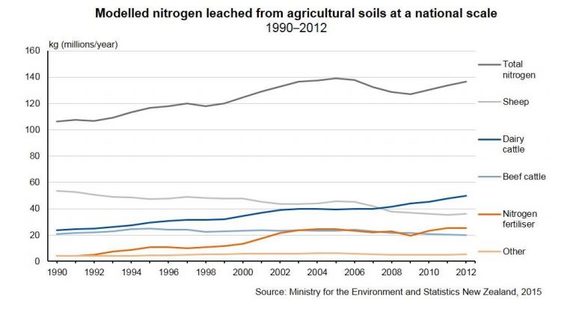 The amount of nitrogen leached from soil has been steadily climbing for two decades. Most of the rise is due to nitrogen fertiliser and dairy cattle. Photo: Ministry for the Environment

The new standards aim to make 90 percent of New Zealand's lakes and rivers "swimmable" by 2040.

But a report published by NIWA confirmed the proposed rules, released in February, are less stringent than the ones they're intended to replace.

Various studies and reports point to the three main contaminants in our waterways being sediment from deforestation, nutrients like nitrogen and phosphorus from livestock urine and fertiliser, and bacteria such as E Coli from livestock excrement.

A Ministry for the Environment report released this year showed, from 2009 to 2013, median river water clarity was worse in areas near farms, forestry and towns compared with areas described as 'native land'.

The Puniu ranks in the worst quarter of lowland rural rivers for murkiness, with high rates of nitrogen and phosphorus.

After a childhood spent playing in its waters, Quinton Tunoho is now the kaitiaki of a marae-based group planting native trees to help restore the river.

His people feel the pain the river is going through as if it were their own, he says.

Rather than cast blame, though, his group wants to work with farmers and councils on the problem.

"We're on the ground, we see the changes ... and we feel we should be able to take ownership." 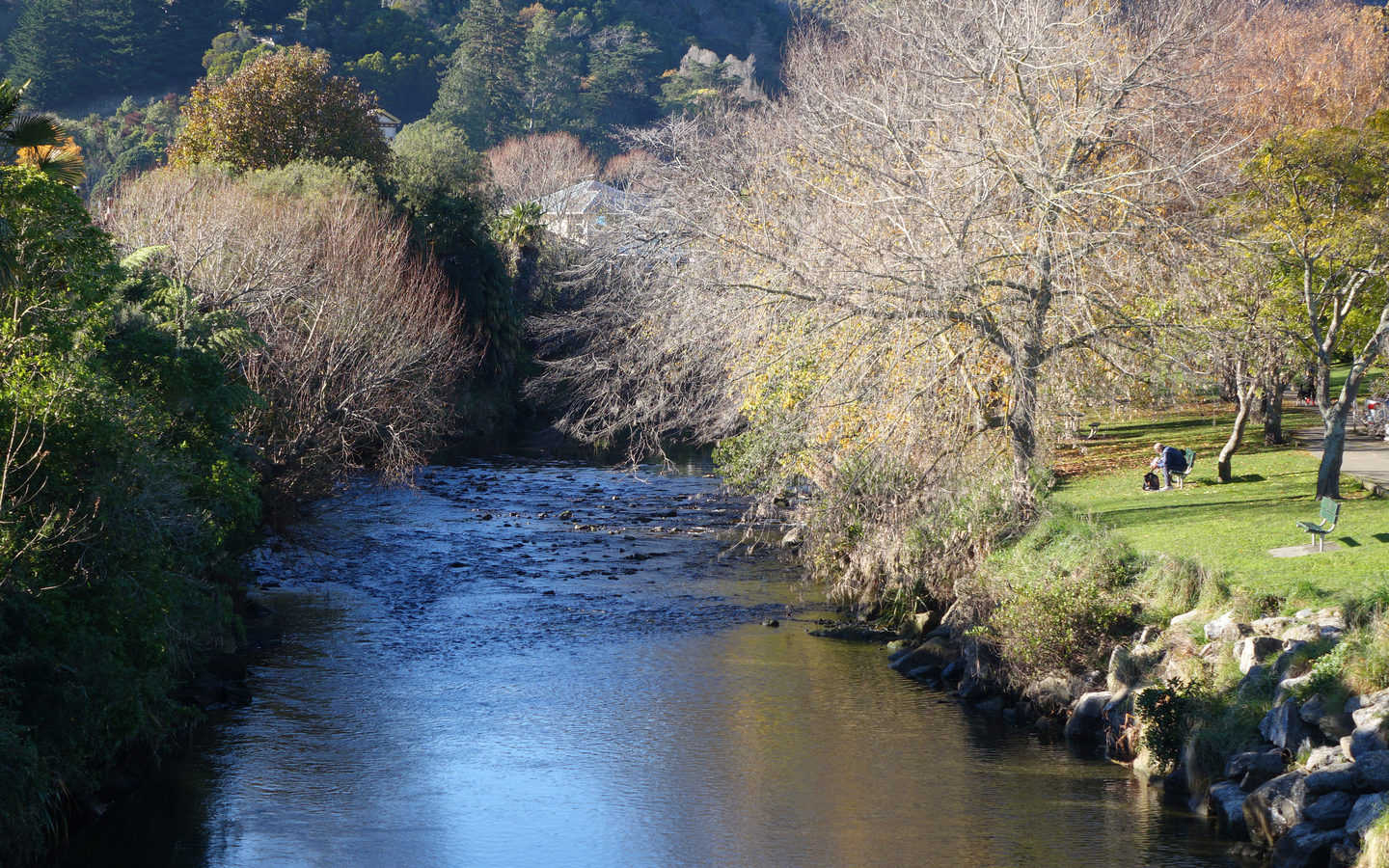 Cleaning up Nelson's Maitai River has been a joint effort between the city council and community volunteers. Photo: RNZ / Tracy Neal

That's exactly what has happened in Nelson, where cleaning up the Maitai River has been a joint effort between the city council and community group Friends of the Maitai.

The banks of the river are now a popular recreation area, where people walk their dogs and cycle along pathways.

Last year it was judged second from 820 freshwater sites around the country in the New Zealand River Awards.

Ami Kennedy lives beside the river and has taken a leading role in its preservation.

To her, the river is a "connector".

"It's dynamic and alive, and has this amazing resource for us to share and learn from."

The local forestry industry also contributed to the clean-up project, which has involved intensive and ongoing work from a dedicated tree planting group, Ms Kennedy says.

A $100m contestable fund for fresh water quality, to be spread over 10 years, was announced in this year's budget.

The Ministry for the Environment's report shows E Coli concentrations from 2009 to 2013 were 22 times higher in urban areas, and nine times higher in pastoral land compared with native land areas.

Artist Sam Mahon has drawn inspiration for his work from the Hurunui - one of Canterbury's braided rivers.

In his view, the only thing clear about the river now is the cause of its degradation.

"You'd have to be a five year-old or younger to accept that it is anything other than dairy farming, and everyone knows that."

Over in Reefton, Trevor Johns runs a fly fishing tourism business in water that tumbles through a crisp West Coast environment.

He first fished the Little Grey River about 20 years ago and, while conditions are no longer as good, he respects the local farmers.

"They work around it and ... there might be a danger that they take it for granted but they do a pretty good job, in general."

Everyone has a role to play in saving the country's rivers, especially those in areas where clean water still exists, he says.

"They're very fragile and it doesn't hurt to keep the pressure on to keep everyone like me to keep clean gear, to farmers to respect what they put in the river, to everyone who uses the river - because there are not many places left."