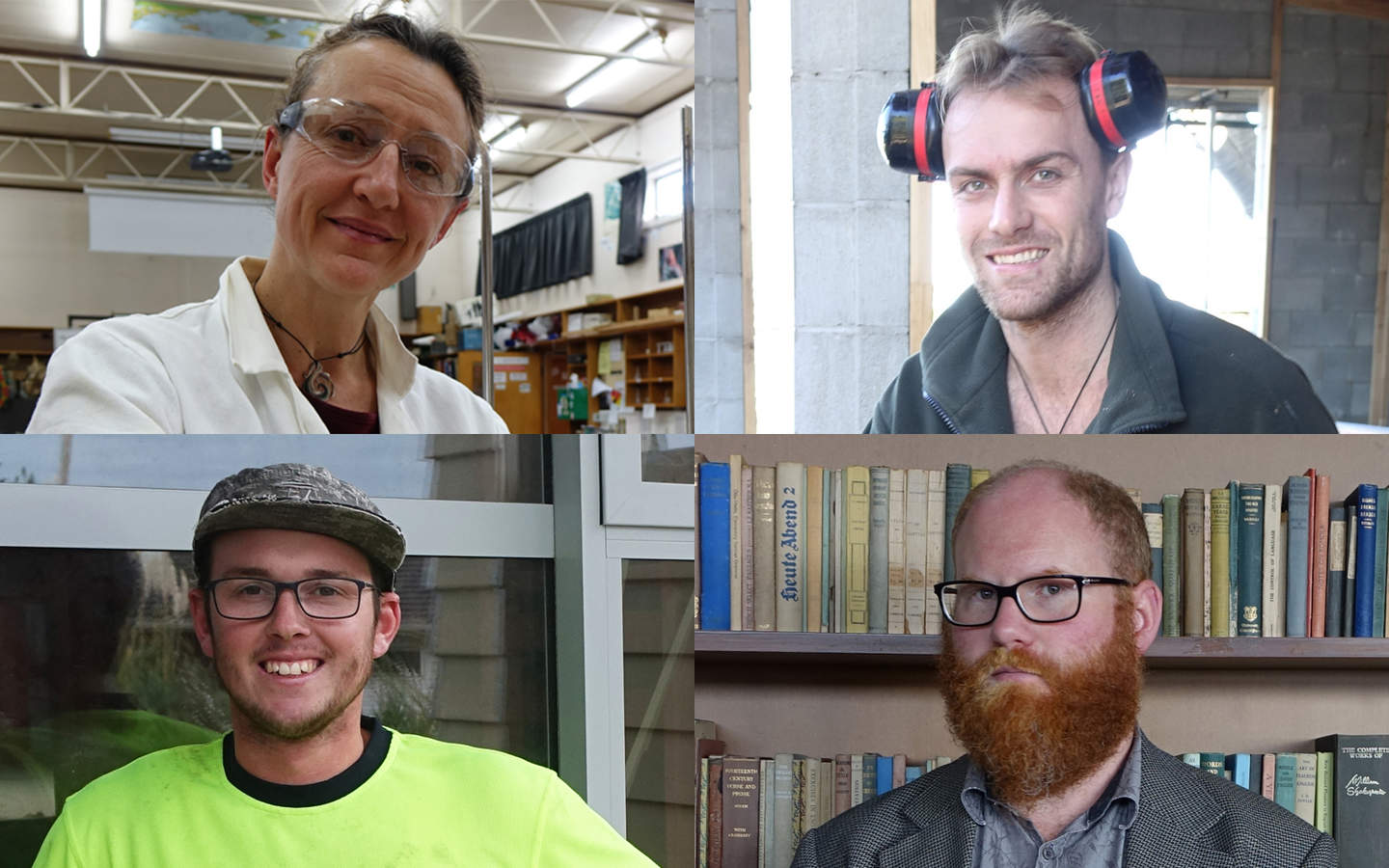 Bradley Heath builds houses for a living - but says he'll have to move out of Auckland to buy his own.

After four years as an apprentice, Mr Heath is almost fully qualified - and planning on staying put in a city desperate for tradespeople.

The minimum apprentice training wage (80 percent of minimum wage) has risen by a third since 2008, from $9.60 an hour to $12.60, and Mr Heath says his pay has risen beyond that as he has progressed through his training.

"I'd say most builders realise, at this time of the housing market, if you're under-paying your guys, they're going to go somewhere else."

Regardless of how much he's earning though, Mr Heath will have to make it stretch further than his counterparts, as long as he remains in Auckland.

While salaries paid to apprentices - and other occupations such as nurse, teachers and police officers - are standardised, the gulf between what lifestyle that might afford in different parts of the country is widening.

Average household incomes are greater in Auckland than the rest of the country - but more of that money is being gobbled up by costs. 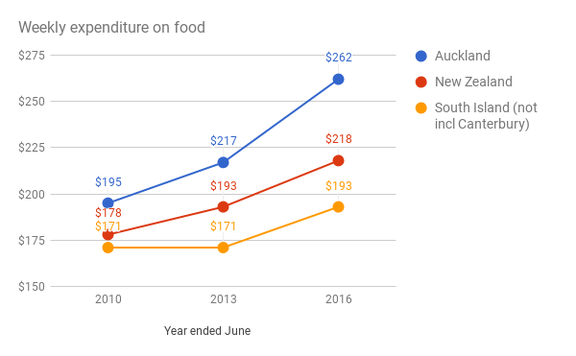 Household expenditure statistics show spending on food, housing and utilities has risen everywhere since 2010 (when the figures were first available), but at a much quicker pace in Auckland.

The average weekly grocery bill for Auckland households used to be 14 percent higher than households in the South Island, but that gap has jumped out to 36 percent in less than a decade.

Aucklanders spend an average 20 percent of their income on housing, compared to 16 percent in the South Island (not including Canterbury) and a national average of 17 percent.

Mr Heath has a wife and an eight-month-old girl and says with his wife's part-time job, they are managing to make ends meet.

"It's not always easy to put a whole lot into savings at the end of the week, but I think once you get qualified and the rate goes up a bit, that'll definitely help out with that," he says.

"We've got everything we need and we've got plenty of things that are luxuries that a lot of people in Auckland probably can't afford, or have, so I'd say we definitely live comfortably, it's not an extravagant lifestyle."

However, one thing they cannot afford is a house.

It's up 110 percent on October 2008 values, right before the current government was elected.

"To have a nice house that you actually enjoy living in is a lot more difficult in Auckland than anywhere else," Mr Heath says.

The family is renting at the moment but would consider moving once Mr Heath qualifies, or they have a second child.

Mr Heath does own a house in Tauranga, which he managed to buy at a "reasonably lucky point in the market".

One day, he said they could look at selling that, buying a section and building their own home.

In the meantime, the family was likely to stay put in Auckland.

"The family are here, that's probably the main reason, but also because there's just so much work as well. It makes it pretty easy as far as the employment side of things." 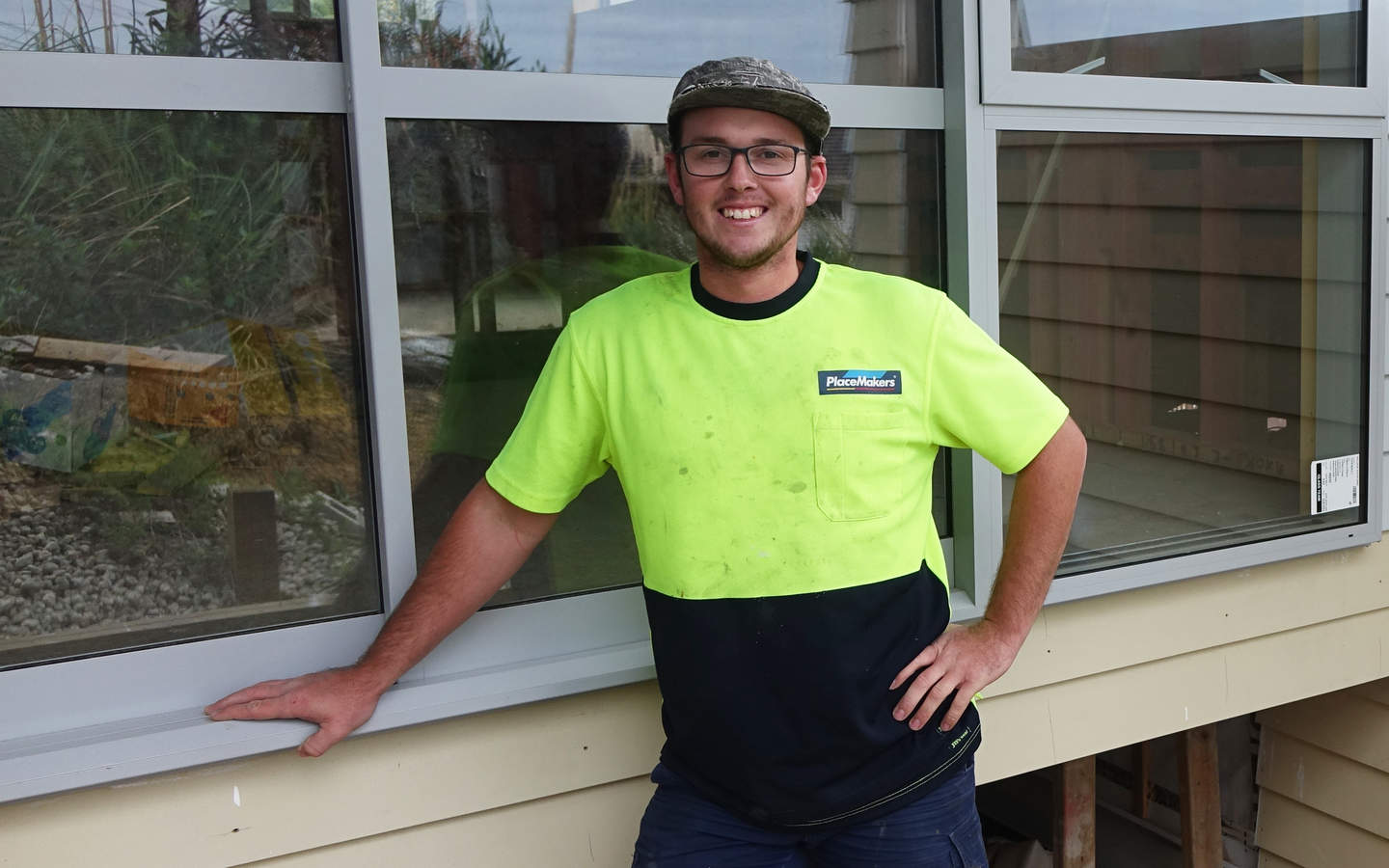 Bradley Heath builds houses for a living - but says he'll have to move out of Auckland to buy his own. Photo: RNZ / Sarah Robson

Saving in the south

It's a completely different story in Dunedin, where junior builder Jesse Price, 24, was able to buy not one but two houses before he'd even completed his apprenticeship.

He started off saving $5000 a year while working his way through Otago University, paying just $80 a week in rent in a student flat.

By the time he'd finished he had enough money saved, with the help of a $10,000 loan from his brother, to pull together a deposit for a property on Dunedin's Queen Street.

He's since managed to use the capital on that house to buy a second property, and rent one of his houses out.

Dunedin's house prices have certainly made that easier - while they've increased by 44 percent since 2008, the average value is still only $372,000.

Mr Price says he went from earning $15 an hour to $24 over the course of his apprenticeship. Due to minimal living costs in the southern city, he is now able to save half his builder's salary.

Before starting his apprenticeship, he worked in Auckland for a year and says home ownership is something he could never have hoped for there.

Even on a comfortable wage, living expenses such as $220 a week in rent for a room in a shared flat made it difficult to save money. 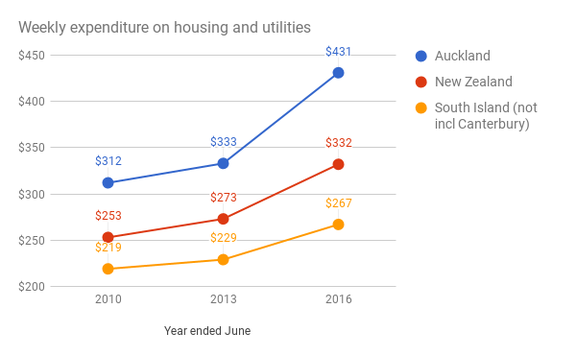 He also doesn't miss the long, early commutes to work - hitting the Auckland motorways about 6am to beat the traffic.

Now it takes him about 10 minutes to drive to work.

"You don't even need a car if you don't want one here."

Mr Price isn't the only one to find Auckland's cost of living out of his reach.

The 2017 Massey Home Affordability Survey found that while the average price of houses in Auckland has dropped away slightly, it remains the second most unaffordable region, after Central Otago.

That's despite government attempts to both dampen demand and increase supply.

The measures include a Crown house-building programme in Auckland, a $1 billion infrastructure fund, housing accords with local councils to fast-track residential building, and a first-home buyer package freeing up KiwiSaver funds and offering government grants.

But in a blow for would-be home-owners, the Reserve Bank also introduced restrictions on loan-to-value ratios in 2013, limiting the number of mortgages banks could provide to buyers with less than a 20 percent deposit.

Most recently, the Reserve Bank has asked the government for debt-to-income restrictions, which would limit the amount home-buyers could borrow to a multiple of their income.

In a discussion paper, the bank said those limits might stop another 2000 potential owner-occupiers a year from buying properties. 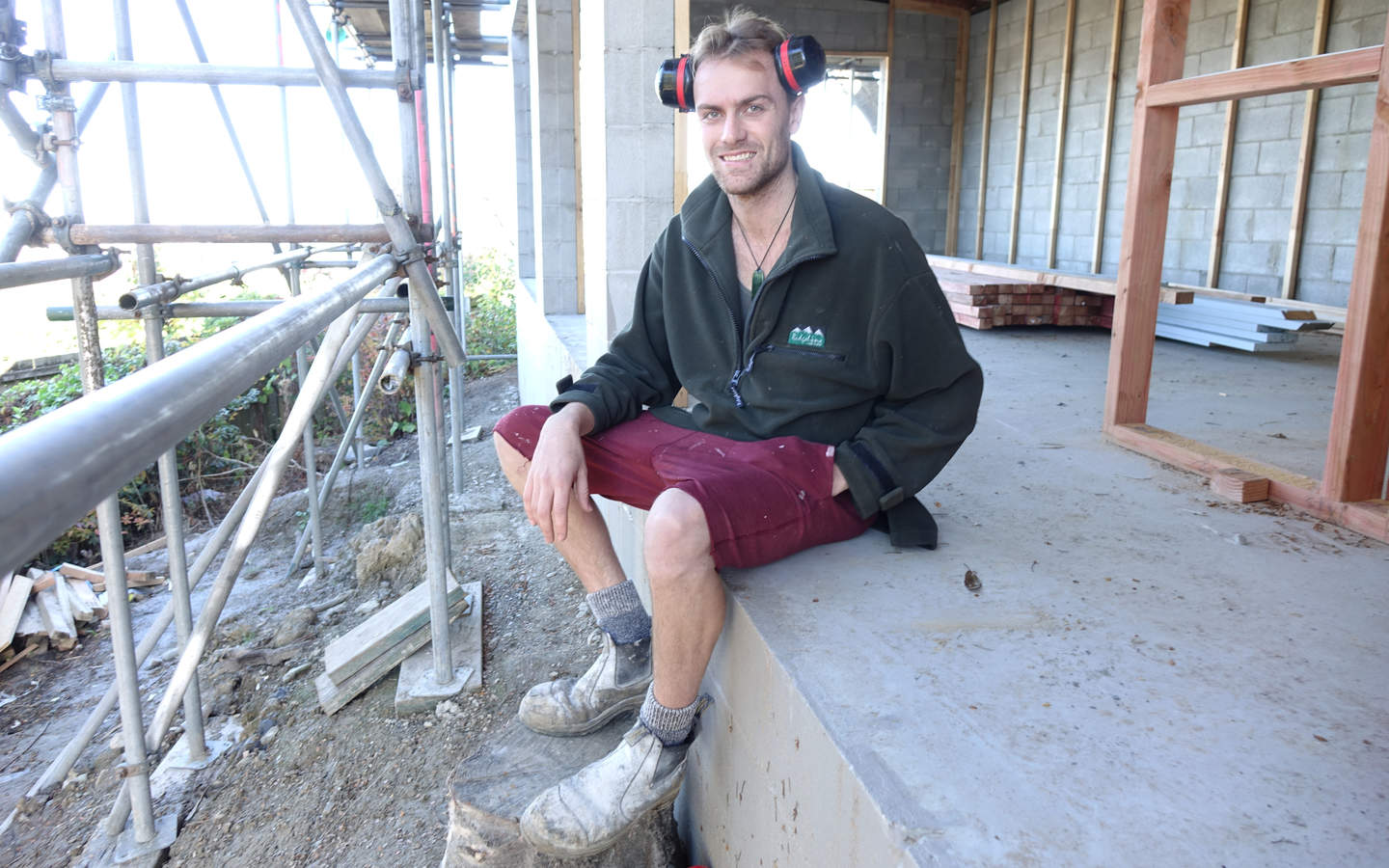 House prices are no longer a problem for Kaikorai Valley College science teacher Dr Claudine Tyrrell, who lives with her husband in their self-built home on Otago Peninsula. 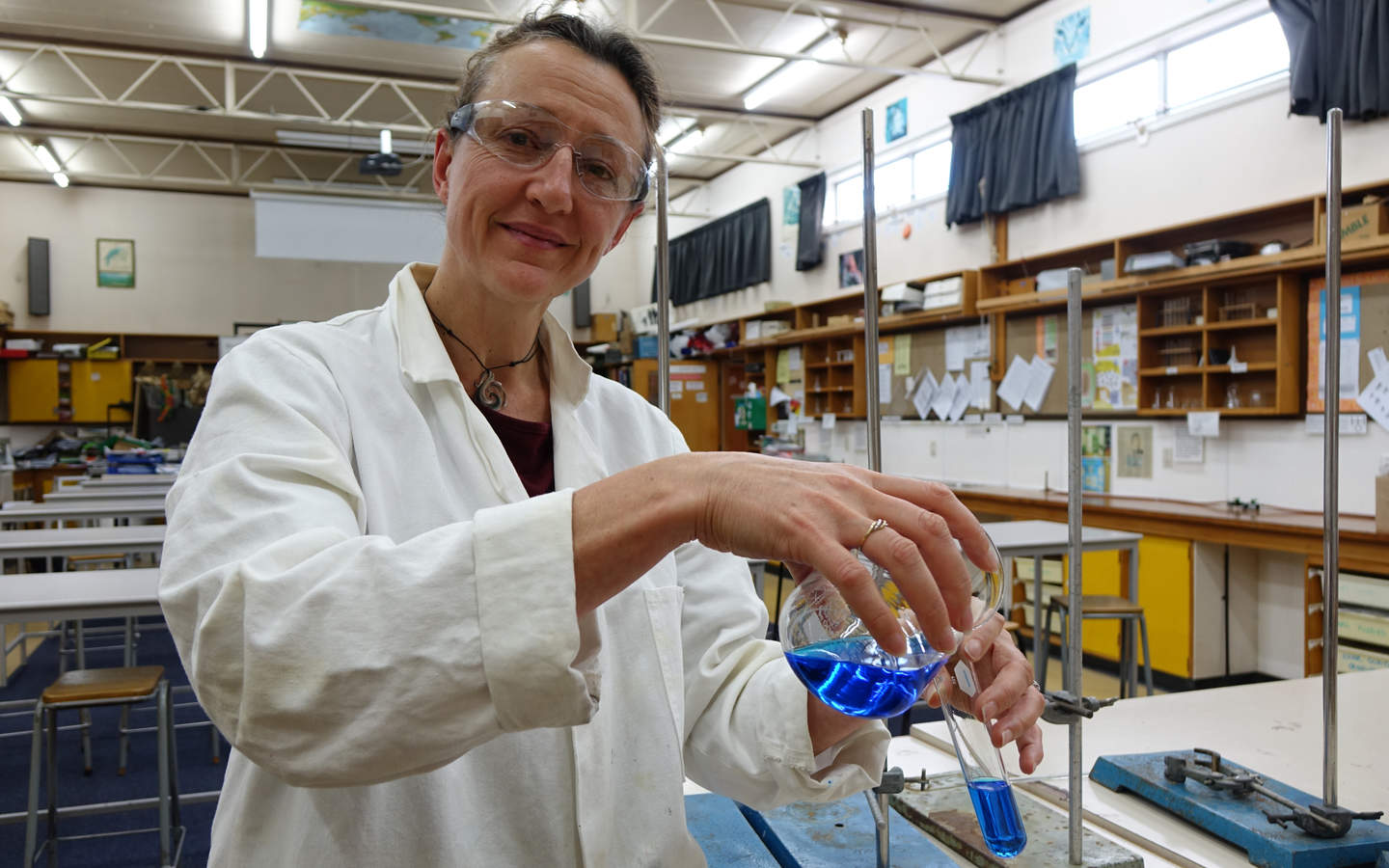 Her Dunedin commute is a little longer than Mr Price's - a 23-minute drive along scenic Portobello Road.

"If I get caught for 30 seconds behind a light, I feel like that's a hold-up," she says.

"[But] I have 23 minutes of driving along a beautiful harbour, and it means that in the weekend [in] one and a half minutes I can get my stand-up paddleboard onto the water."

Dr Tyrrell has been teaching junior science and senior biology at Kaikorai since she got a Teach NZ $10,000 scholarship and trained as a teacher in 2008.

Already an accomplished scientist before she began her teaching career, Dr Tyrrell started teaching on the highest pay bracket, which at the time was more than $46,000 a year for a new teacher with a PhD.

The demands of the job had not increased since she graduated but the classroom environment has changed with the use of digital devices, she says.

"Some of my senior classes, they'll have laptops or iPads out and I'll give them something to look at and they'll start giving me feedback and actually bring up other things for me to be aware of."

Back in Auckland, Michael Cabral-Tarry started teaching around the same time as Dr Tyrrell and is currently a history, philosophy and social studies teacher at Auckland Girls' Grammar School.

It's a job he still loves, but the number of students in his classrooms has increased and so has his workload, particularly the back-office paperwork.

Mr Cabral-Tarry drives to the central city school from his rented home in Mount Roskill, a distance of around 7km.

On a good morning, it takes him half an hour. On a bad morning it can take twice as long. And it's the same predicament at the other end of the day.

"I'm not living on cheap mince and two minute noodles, I get to go out for dinner fairly regularly, I can go to the cinema if I want to, I can go overseas if I want to.

"I like to save obviously for some things, but I can afford to live fairly comfortably."

While he likes the lifestyle, Mr Cabral-Tarry doesn't want to live in Auckland forever - and like fellow Aucklander Bradley Heath, the main reason is because his salary won't stretch to buying a house.

"I'd like to be able to own a house. I don't want to be crippled with a mortgage when I'm 70 and if I buy in Auckland, that's the reality," Mr Cabral-Tarry says.

His longer term plan is to move to a smaller centre, where he can do the same work, earn the same amount of money, and maybe have a bit of land.

"The amount I pay in rent would be more than I would pay on a mortgage in a smaller centre - in Whangarei, Napier, New Plymouth." 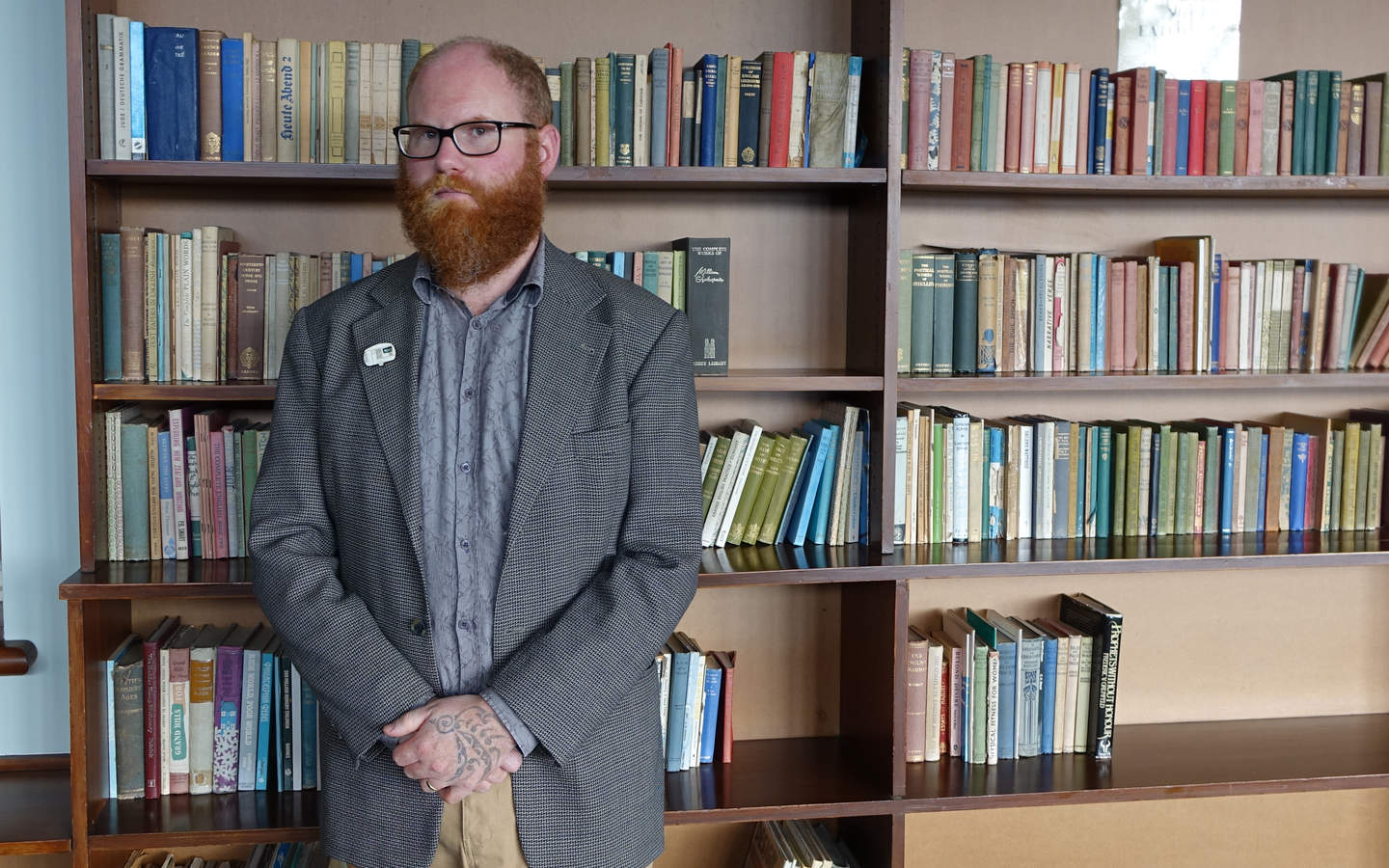 It can sometimes take Michael Cabral-Tarry an hour to drive the 7km from home to his teaching job at Auckland Girls' Grammar School. Photo: RNZ / Sarah Robson

What the stats say