Edward Gibbon Wakefield used to be known as ‘The Founding Father of New Zealand.’

He was described as a humanitarian visionary, the driving force behind the colonisation of New Zealand and - according to some - the entire British Commonwealth.

But Wakefield makes for a problematic kind of parent.

Modern historians have pointed to the disastrous impact of his colonial policies on indigenous people, his misleading propaganda and, not least, his abduction of and marriage to a teenage girl. 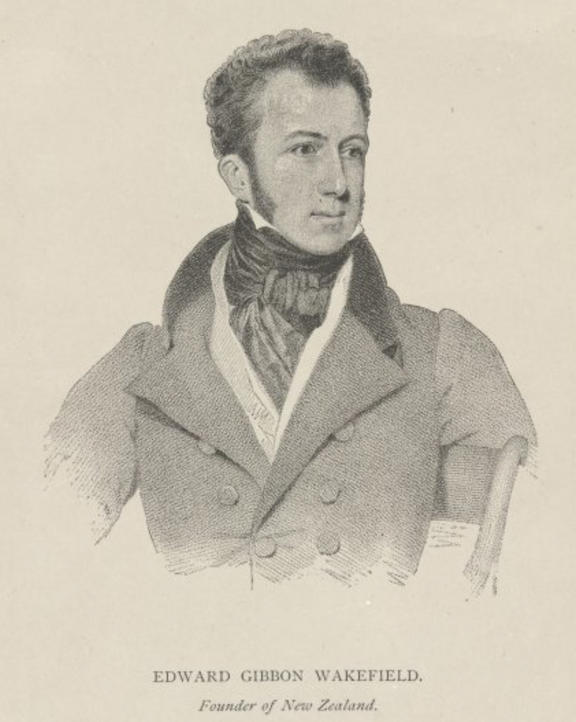 Edward Gibbon Wakefield came from a middle class home in Cumbria. He was born in 1796, to a family known for their involvement in banking and enthusiasm for humanitarian reform.

But his early life was chaotic.

As Dr Philip Temple explained, “Edward Gibbon’s grandfather lost his money. So they had the status but not the cash.”

Dr Temple is author of A Sort of Conscience, a biography of the wider Wakefield family.

He said it was a troubled family. Wakefield’s mother suffered from recurring bouts of malaria and his father was often absent; “Either philandering with other women or occupied by his own pet reform projects.”

In that context it’s unsurprising Wakefield had trouble at school. Dr Temple said he was expelled from two and refused to attend the final one.

“He was clearly one of those children who are disruptive because they can’t work within the status quo, but it’s often those people who turn out to be leaders or innovators in society. He also clearly, from an early age, had the gift of the gab and was a damn good writer. ”

Wakefield used those communication skills to land his first job: a messenger in the British Diplomatic service.

He dreamed of becoming a Member of Parliament, but to do that he needed a LOT of money. In his day it was all but impossible to become an MP unless you were the equivalent of a multi-millionaire.

Luckily, Wakefield had a solution to his money problems. When he turned 20 he eloped with 16-year-old Eliza Pattle, heir to a gigantic family fortune.

But this marriage wasn’t just about money.  “It was clearly a love match,” Dr Temple said.

Wakefield told his sister that he was “mad with animal joy,” while Eliza wrote “what a lovely thing it is to marry, and to be so happy as to wish for nothing.”

The pair had two children, first a girl called Nina, then a boy called Edward Jerningham.

But then tragedy struck. “[Eliza] died only a few months before her 21st birthday giving birth to their son Jerningham.” Dr Temple said.

Eliza’s death was a tragedy for Wakefield. His letters to his sister expressed a deep heartbreak.

“I feel unable to form any plans of life because each view of my future existence presents the same dreary prospect, the same hourly recurring want of that cheerful happy face, lightened up, as it was, by manners and habits so exactly suited to my taste and inclination.”

Eliza’s death was also a financial disaster. Not just for Edward Gibbon Wakefield but for his wider family, who were relying on Eliza’s inheritance for their financial security.

The problem was that Eliza wasn’t old enough to inherit her family fortune at the time she died.

Wakefield launched a court case against Eliza's mother, in an attempt to get hold of more money. Dr Temple says his tactics in this case were deeply underhanded. “He used all sorts of false arguments and so-called ‘evidence’ - and of course lost.” 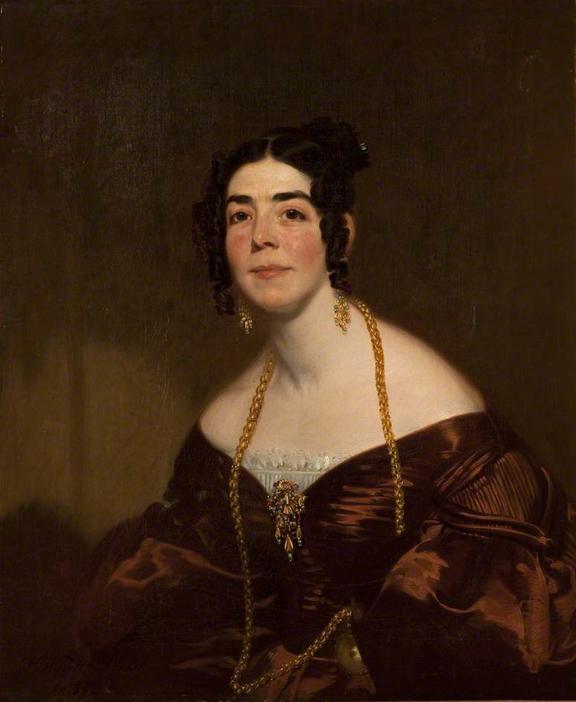 Ellen Turner was abducted by Edward Gibbon Wakefield when she was 15. She agreed to marry him after he convinced her it was the only way to save her father from financial ruin. Photo: Museum of Lancashire via Art UK

“It really was one of the great scandals of the early 19th century,” Dr Temple said. “There were several books written about it.”

Wakefield seems to have hoped that Ellen Turner’s family would go along with the marriage in order to avoid embarrassment and scandal.

“He completely misjudged the character of her father,” Dr Temple said.

Ellen’s family stepped in, organised for the marriage to be annulled and Wakefield himself was sentenced to three years in Newgate Prison for abduction. His brother and stepmother were also jailed for helping him.

While he was locked up, Wakefield developed a new scheme. One which would change history. A theory he dubbed ‘Systematic Colonisation.’

By this point in history, many people had realised that colonies acted like a release valve for social pressure. They were a way for poor Brits to escape poverty, and were a dumping ground for convicts.

But economically speaking, the colonies were a mess. They often suffered acute labour shortages. Wakefield identified this as the critical problem holding the colonies back. He wrote a series of letters outlining his thinking:

The problem was, land in the colonies was given away cheap or even free. And what kind of self-respecting colonist would agree to work on someone else’s farm when they could afford to buy land of their own?

“What, then, are we to do, to obtain that desirable proportion between the demand and supply of labour, without which I say no country can flourish?”

Wakefield had an answer for his own question:

“It is suggested that a payment in money per acre be required for all future grants of land without exception.”

Wakefield figured that if land prices were kept artificially high, poorer people in the colonies would have no choice but to work as labourers.

But that raised another problem. It was expensive to sail all the way around the world. Why would anyone become a colonist without the promise of cheap land?

Wakefield’s idea was to take the profit from land sales and use it to subsidise migration to the colonies.

“Would not this system of colonisation be, in effect, a bridge, without toll [taking] the poor, from Britain to Australasia.”

Plus, because you control who gets the tickets, you can make sure you have the right mix of  skilled workers in the new colony.

So now you’ve solved the labour problem, and Wakefield reckoned that would encourage more middle-class people to come to the colony.

"Schools and colleges will be established. The arts and sciences will flourish,”

But this was just part of his vision. He also saw colonies as critical for Britain’s economy. According to Dr Temple, Wakefield invented the idea of Britain as "the workshop of the world," with a network of colonies providing both sources of raw materials for factories, and markets for their finished products.

Eventually, Wakefield convinced a web of powerful and influential financiers to back his theories. In the late 1830s they settled on the ideal place to test his ideas for ‘systematic colonisation.’

Listen to the full Black Sheep podcast to hear how Wakefield promoted New Zealand as a colonial paradise, for much more detail on the scandalous abduction of Ellen Turner, and how his writing from inside Newgate Prison may have influenced Charles Dickens.

In part two we’ll uncover how Wakefield's colonial theories played out in practise.