The Story Of Statues

Statues have become a focus of global protests following the Black Lives Matter movement in the United States.

In New Zealand statues of Captain Cook and Governor George Grey have been targeted for graffiti, while a statue of Captain John Hamilton was completely removed.

In this episode of Black Sheep, William Ray uncovers the stories behind some of these problematic monuments - and looks at different ideas of what should happen to them next. 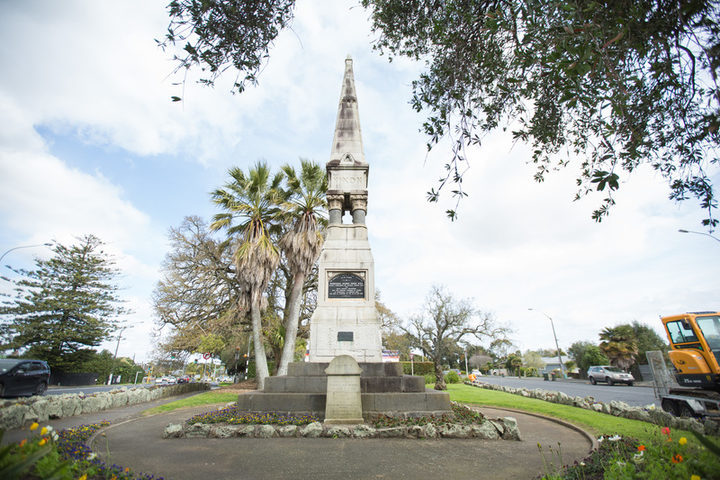 When I was little, I used to play in the fountain next to Centre Place mall in Hamilton.

So when I saw the news that a statue of Captain Hamilton was being removed from that spot, I was confused. I couldn’t remember that statue standing there when I was younger.

It turned out, I was right to be confused - the statue was actually only erected in 2013. An action which Tom Roa (Ngāti Maniapoto) says “defies belief”.

My hometown was named after Captain John Hamilton. It was built on the site of the Ngāti Wairere Pā, Kirikiriroa after that settlement and much of the surrounding area was unjustly confiscated by the Crown under the New Zealand Settlements Act.

Captain Hamilton never got anywhere near Kirikiriroa; he died at the Battle of Gate Pā in Tauranga in 1864. 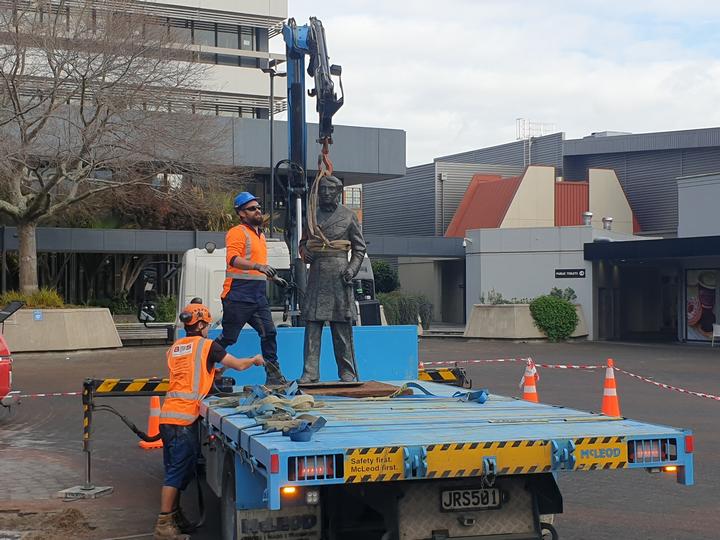 As historian Vincent O’Malley’s report on street names and statues in Hamilton makes clear, Captain Hamilton was an obscure figure who only spent a few months in Aotearoa before he was killed. It was a reasonably heroic kind of death (he was shot while leading a column of men to relieve the troops who had been trapped in the Pā) but he certainly wasn’t a significant player in the wars.

The same can’t be said for other statues that have been a focus of protest in Aotearoa. Men like Colonel Marmaduke Nixon, who led a raid on the peaceful village of Rangiaowhia, and Governor George Grey who played a major part in instigating the Waikato Wars. 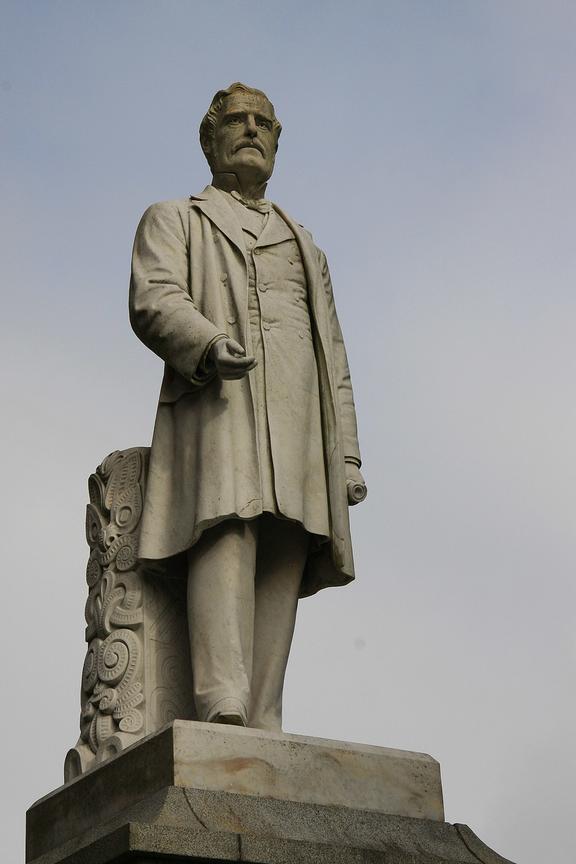 This statue of Governor George Grey has been a focus of protest in Auckland. Photo: Russell Street (CC 4.0)

Interestingly, Governor Grey also instigated the building of a lot of the statues which are now the focus of so much anger and grief.

“Grey himself was a great enthusiast for statues and memorials,” said historian Jock Phillips, author of To The Memory: New Zealand’s War Memorials.

“He believed we were a ‘new’ country. All we had was Māori culture, and that didn’t count … So a new society needed to get to work and start to put up a few heroic figures to develop a new tradition and a sense of colonial pride.”

“They were putting up memorials to people who died in South Africa and then they thought, well who were the first people to die for the Empire in New Zealand? It was actually in the New Zealand Wars.”

Later the emphasis shifted to include statues of politicians and notable early settlers.

These memorials are problematic on multiple fronts. First, the people they celebrated like James Cook, John Ballance, George Grey and Richard Seddon have problematic stories from today’s perspective.

But also, they celebrated a general idea that colonisation was a good thing for New Zealand, and even for Māori.

Listen to the full Black Sheep podcast to hear the stories behind some of Aotearoa’s most controversial statues, and the debate over what should happen to them today.