Why do some historians think an NZ-born traitor was "instrumental" to the Japanese victory in Singapore during WWII?

In part 1 we heard how Patrick Heenan, a NZ-born captain in the British Army, came to despise his comrades and eventually decided to act as a spy for the Japanese. In this episode Black Sheep uncovers the mystery surrounding that treason, allegations of a cover-up, and the "watery grave" which ends Patrick Heenan's story. 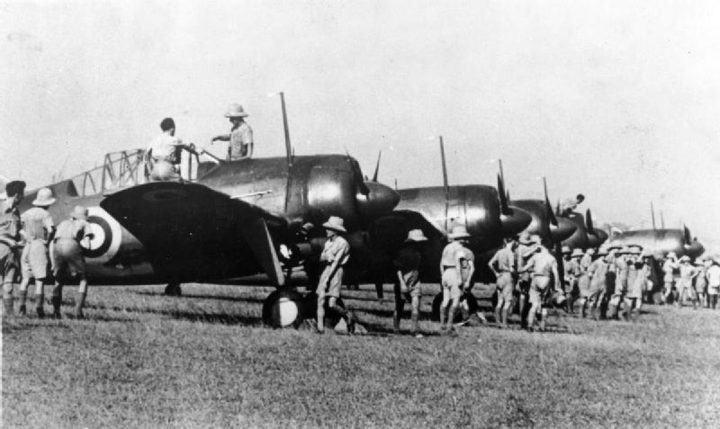 A squadron of RAF Brewster Buffalos in Malaya prior to the Japanese invasion Photo: Public domain

Once he arrived in Malaya Patrick Heenan got a job as an intelligence officer, working as a liaison between the Army and the Air Force

Almost from the moment that transfer was approved, he began to act suspiciously. His commanding officer, Major France, wrote a memoir outlining some of his dodgy behaviour.

“I had discovered that during my absence [Heenan] had done two outrageous things:

Firstly he had taken a party of my troops on ground exercises and on these he had taken photographs of all the junctions and crossroads into Thailand, whilst the signposts were still in position. These would of course have been removed in event of a war.

Secondly, whilst I was away he had gone to the Station Commander and persuaded him that he had my permission to see my documents - highly secret and kept in my Command safe.” - Major France, Odd Man Out: The Story Of The Singapore Traitor

Actually, Major France said Heenan tried to get into his safe and access those secret documents not once, but twice.

Professor Brian Farrell says that’s totally astonishing. “You do this and you’re some sort of fast-talking charmer who has the gift of the gab and you maybe get away with it once … but twice? You have to ask what was going on here.”

“Why didn’t [Major France] as a measure of sheer prudence have this guy behind bars right away? You’re not in a position to take chances, you’re in the middle of a war which is going very badly!”

To give Major France some credit, he did try to get to the bottom of Captain Heenan’s suspicious behaviour by searching his room.

“We found a small bible full of underlined sentences and an obvious code. Next we found a portable typewriter and in the base board, which was a file drawer, copies of “sitrep”, situation reports which started “dear Mum”. The rest was a report of our aircraft positions, strengths, and a part of our aerodrome showing bomb dumps, fuel store, etc., all marked with a cross.” - Major France, Odd Man Out: The Story Of The Singapore Traitor

Major France planned to take this evidence to divisional headquarters the next day, but the next day was a day too late. 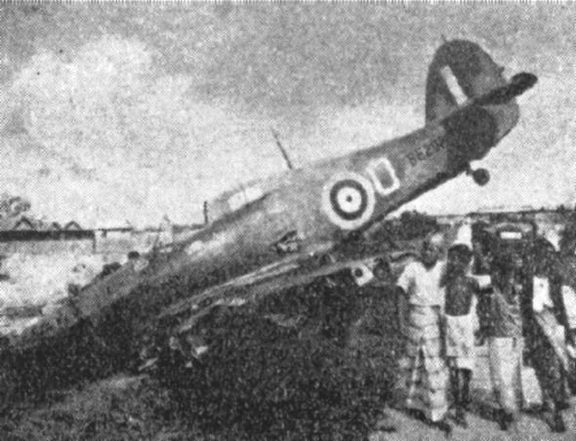 An RAF Hurricane shot down during the battle of Malaya Photo: CC 4.0

December 7th, 1941. “A date which will live in infamy” in the words of US President Franklin D. Roosevelt. Within minutes of the surprise attack on Pearl Harbour, Japan launched an assault on Malaya and swept the Allied defence aside with astonishing speed.

When the campaign began the RAF had 86 combat aircraft in Northern Malaya. By the end of the first day that number was cut in half, and by the end of the following day there were only ten planes left.

According to Patrick Heenan’s biography, Odd Man Out: the story of the Singapore Traitor, secret information Heenan passed along was instrumental in the success of the Japanese attack.

“Since Patrick’s job gave him access to all the Allies plans for the air defence of Northern Malaya, it must be assumed that these were passed on in full to the Japanese. Certainly this would explain their remarkable success in destroying allied aircraft so quickly, many of them on the ground. The results of this treachery can be seen in the Allies lack of air superiority throughout the campaign.” - Odd Man Out: The Story Of The Singapore Traitor

Odd Man Out lays out evidence from witnesses to back up this argument. Several soldiers said Patrick was caught using a secret radio transmitter right as the attack began, presumably informing the Japanese about airplane movements at his airbase.

Those same soldier said airfields all across Northern Malaya were strafed by Japanese warplanes with pinpoint timing, just as the British warplanes were at their most vulnerable - landing or taking off. 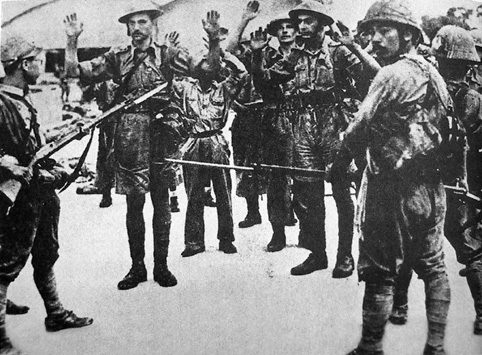 RAF pilots said Japanese warships appeared to know Allied recognition codes and were sending signals trying to trick the pilots into thinking they were friendly.

But not everyone agrees. Professor Brian Farrell thinks Odd Man Out goes too far when it suggests Heenan’s treason had any significant effect on the outcome of the conflict.

“The advantages that the Japanese had were so overwhelming, and [Patrick] was at one airfield. The most he could have done was give [the Japanese] a few minutes warning of the take-offs and landings of units at that one airfield,” Brian Farrell says.

A lot of questions about the role Patrick played in the fall of Malaya could be answered if we had access to his Court Martial records. Unfortunately, those records have never been released - if they ever existed at all.

Multiple sources agree that Patrick Heenan was arrested very shortly after the Japanese invasion began. What happened next is disputed.

According to Major France, Heenan faced trial by Court Martial

“I attended Heena’s court martial as a key witness. He was found guilty of treason and condemned to be shot. It was a terrible experience as he had been a brother officer, but I felt relieved, if a little shattered when it was all over.” - Major France, Odd Man Out: The Story Of The Singapore Traitor.

On the other hand, many military historians, including Brian Farrell, don’t believe Patrick faced a trial.

“It would have required a panel of no less than five full Colonels to constitute a proper due process Court Martial,” Professor Farrell explains. “Malaya command was simply far too busy to organise anything of the sort.”

So if there wasn’t a trial, why did Major France say there was?

It could be a failing of memory. France wrote his memoir several decades after the end of the war and may have been hazy on the details.

There’s also the issue of vested interest. As Patrick’s commanding officer, Major France could be seen to bear some responsibility for his treason so it’s easy to see why the Major might have minimised or manipulated parts of the story to paint himself in the best light.

This murky mess of contradictions and confusion engulfs virtually every part of Heenan’s story, including it’s end.

According to Major France, Patrick’s execution was carried out by an official firing squad. A doctor who treated Patrick in prison tells a different story.

In the months following Patrick’s arrest the Japanese smash their way through Malaya. The last Allied stronghold was the city of Singapore where Patrick was held prisoner.

A doctor at the prison, A.W. Frankland, visited Patrick often and said he was depressed and resigned to be executed by the British. Dr Frankland was evacuated from Singapore a few days before Heenan died. But he said he heard stories of what happened next from a sergeant who worked at the prison.

“Heenan had changed from this very gloomy, morose, frightened officer … and he had got absolutely impossible, saying: ‘Well, you’ll be in the bag soon, you’ll be in prison or you’ll be shot or something.’ He was quite infuriating.”  - Dr Frankland, Odd Man Out: The Story Of The Singapore Traitor.

Dr Frankland said the jailors who listened to this taunting decided to take matters into their own hands.

“They decided to carry out summary justice on this man who was getting so cocky, he obviously was a spy. There was no doubt from his behaviour and everything else.” - Dr Frankland, Odd Man Out: The Story Of The Singapore Traitor.

According to Dr Frankland, Patrick was marched out to the waterfront on Friday February 13th, 1942. ‘Black Friday’.

Singapore was in chaos. Japanese planes had complete air superiority, tanks and troops were breaking through the Allied perimeter.  One million people, most of them civilians, were crowding into less than five square kilometers at the southern edge of the city, trying to escape the Japanese advance.

In just two days, the Allies would surrender and the Rising Sun Flag would be raised over the city. But Dr Frankland says Patrick Heenan never saw that happen.

“He was told to look at the setting sun because it was the last time he would see it … There was a revolver shot, he was given a push and went into a watery grave.” - Dr Frankland, Odd Man Out: The Story Of The Singapore Traitor.

It’s very difficult to say whether this account is true. In fact, it’s extremely hard to confirm any of the murky and contested details of the Reefton born traitor.

“It will always be one of those fascinating cases,” says Brian Farrell. “It raises all sorts of vexed questions on all kinds of levels, including sources. What sort of conclusions can you draw in all fairness from with limited sources? How much license should you be given to surmise?”

Listen to the full Black Sheep podcast for more detail on Heenan’s life, including his links with Indian Nationalism and the chilling postcard which was sent to his mother after he died