On ANZAC day New Zealanders remember the heroism and sacrifice of those killed in war, but not all soldiers have legacies worth celebrating. Case in point: Roy Courlander, a NZ Army Private who volunteered to join Nazi Germany's infamous Waffen SS.

Propaganda posters like these were distributed at PoW camps encouraging prisoners to join the British Free Corps Photo: Public domain

Roy Courlander’s early years are hard to trace. He was born in London in 1914 and was raised by his mother, Edith Carter and his stepfather, Leonard Courlander. He never knew his biological father.

In his late teens Courlander went to work on his stepfather’s plantations in Vanuatu. He then came to New Zealand in 1938 and got a job with the Inland Revenue Department.

“Then in mid-1939 he’s in trouble because in Napier he’s arrested after a burglary,” says New Zealand Defence Force Historian John Crawford.

This burglary was quite a serious incident. A young woman came home to find three men, including Courlander, inside her house. They assaulted her but she screamed and neighbours came to her rescue. The men were all caught and prosecuted.

“Courlander and [the] two other men were eventually caught and prosecuted for their parts in this crime,” John says.

Roy Courlander was still on probation for the robbery on September 3rd, 1939 when war was declared by Britain and by extension New Zealand, on Nazi Germany.

He signed up with the Second NZ Expeditionary Force and was assigned to 18th Infantry Battalion. He was deployed to Egypt where he volunteered to serve with battalion intelligence and began teaching himself German.

In 1941 Roy Courlander was one of thousands of British and Commonwealth troops swept up in the disastrous Greek campaign. 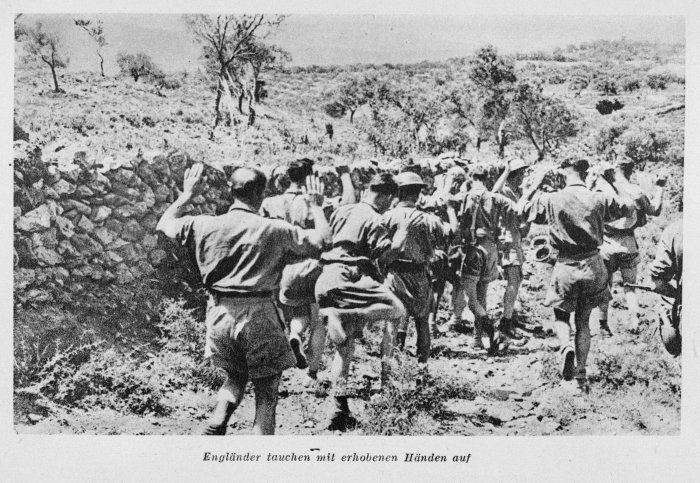 He was separated from his unit and eventually captured in Kalamata. When on a train bound for a prisoner of war camp in Yugoslavia, he and a fellow soldier saw a chance for escape. After the war ended he wrote this account of what happened:

“On the night of June 1941, I and Private Kedsell succeeded in escaping through the window of the cattle truck that was taking us to Germany. The train stopped and the Germans started firing at us as we ran amongst the bushes along the railway track. Private Kedsell was hit and I was recaptured early the next morning. I received a beating up, was trussed up with barbed wire and taken to Germany.” - Roy Courlander

This account is backed up by witnesses and is generally considered reliable. But John Crawford doubts Courlander really was “trussed up with barbed wire”.

While at the PoW camp, Courlander claimed to have come up with another method of escape. “I propagated the impression that I was a White Russian and favourably disposed to the Germans,” he said in testimony to a Court Martial in 1945.

Courlander wasn’t referring to a vodka based cocktail. White Russians, also known as the White Guard or White Movement were anti-communist Russian citizens who fought against the Russian revolution.

“He would claim [at his trial] this was all part of his big plot to get more freedom so he could escape,” explains John Crawford. “I don’t really buy it.” 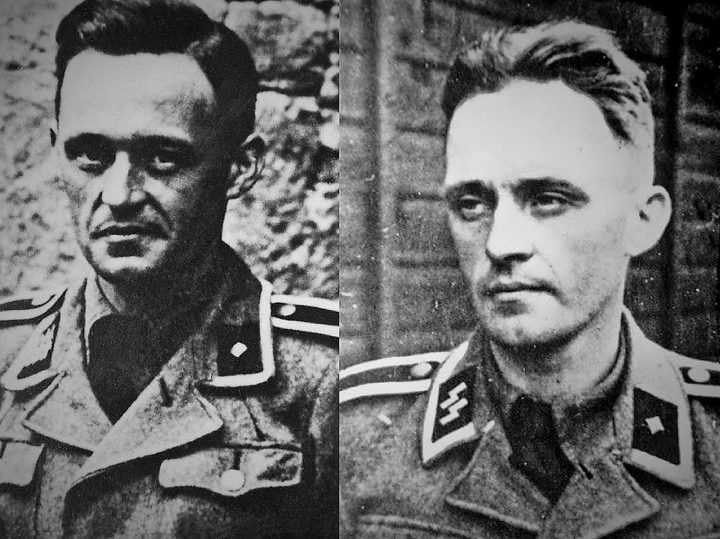 Whatever his motive, Courlanders plan worked. He was sent to the Genshagen holiday camp which the Nazis had established partly for propaganda purposes and partly as a recruiting ground for an obscure unit of the Waffen SS, the British Free Corps.

This is where Roy Courlander turned traitor. He became one of the founding members of the Corps. 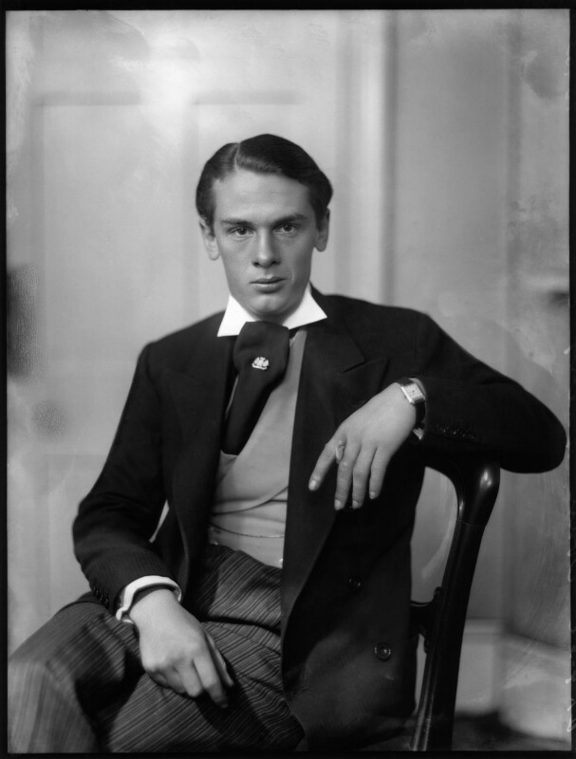 John Amery, nicknamed "The Rat" by his friends, was the son of one of Winston Churchill's wartime cabinet ministers. He became the leader of the British Free Corps Photo: Public Domain

“Courlander became one of the leading figures in this organisation,” says John Crawford. “The leadership group was called the ‘Big Six’ and Courlander was one of those men.”

The ‘Big Six’ also included former members of the British Union of Fascists like John Amery, the son of one of Winston Churchill’s cabinet ministers, and Thomas Cooper, who volunteered as a concentration camp guard and boasted of killing dozens of Jewish prisoners.

The Genshagen holiday camp was right next door to a Nazi slave labour camp where prisoners were routinely worked to death. This suggests Courlander had at least some knowledge of the Holocaust when he signed up to join the SS.

John Crawford describes Courlander as the “recruiter-in-chief” for the British Free Corps but says he had limited success. The BFC only managed to attract 54 members, many of whom were actually saboteurs or double agents.

“Generally other prisoners regarded him with utter contempt and hatred,” John says.

Another bizarre recruitment effort by the Waffen SS was an attempt to get a group of Māori PoWs to sign up. The six men were taken out of their prison camp and treated to a two month tour of Germany, including trips to dances and drinking excursions.

At the end of this trip the group were asked if they would sign up to serve with the SS.

Their response? “Of course not," says historian Dr Monty Soutar, who is related to one of the men. "Whoever was in charge of the SS at that point was very upset ... They just couldn't understand why a colonised people would be fighting alongside their coloniser." 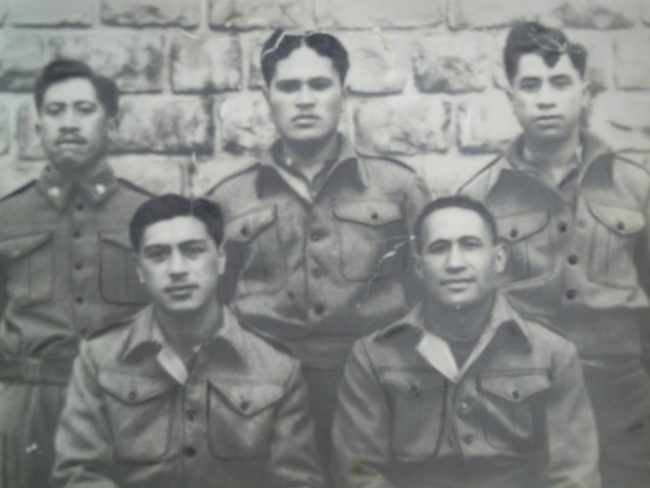 The Waffen SS attempted to get this group of 28th Maori Battalion PoWs to join Nazi Germany. All of them refused. Photo: Public Domain 28maoribattalion.org.nz/photo/pows

Roy Courlander’s other big role in the Waffen SS was propaganda. He took part in broadcasts pretending to be a member of a subversive fascist organisation operating inside Britain.

But when D-Day arrived on June 6th, 1944, Courlander seemed to have second thoughts about his allegiance to Nazi Germany. He asked to be transferred to the Kurt Eggers propaganda unit on the Western Front. He travelled to Brussels, deserted, linked up with the Belgian Resistance and was wounded in combat with the retreating German army.

Courlander leaned heavily on his service with the Belgian Resistance at his trial, saying “if the Belgians who were wounded with me are found, they will confirm that I, over a period of four or five hours, cleared out several German strong points practically singlehanded.”

Those Belgians were never found so we don’t know if that story is true. 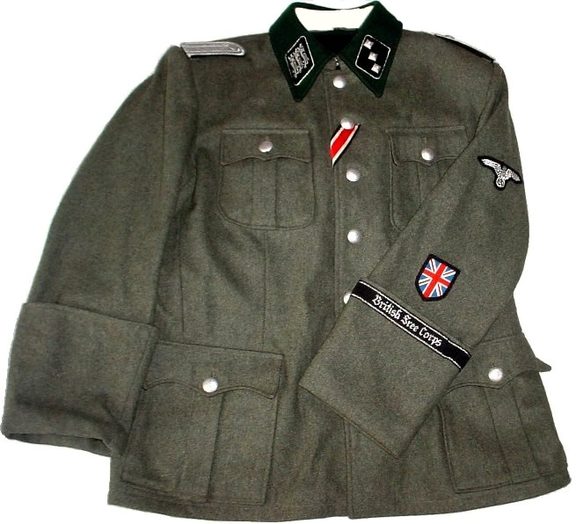 The British Free Corps' uniform featured a Union Jack emblem on the sleeve beneath a Nazi swastika and eagle. Photo: Public Domain

Courlander handed himself over to British Intelligence and was taken back to the UK for interrogation. After the war ended in 1945 he faced trial by court-martial on charges that he collaborated with the enemy. He wrote a lengthy statement in his defence which claimed he only joined the BFC in order to sabotage the German war effort.

"I had decided to take a course of action that would lead as I hoped to either one of the two following results:

The authorities found this explanation unconvincing. “The British and the New Zealanders just do not buy his story at all,” says John Crawford.

Roy Courlander was sentenced to 15 years in prison, reduced to 9 on appeal. He lived until 1972 and was rumoured to be involved with organised crime in Auckland and New South Wales. His last known address was a run-down council flat in Sydney.

Listen to the full Black Sheep podcast to hear how the British Free Corps attempted to recruit a group of Māori soldiers and for more analysis on why Roy Courlander may have joined up with the Waffen SS.

Army of Evil: a History of the SS by Adrian Weale

The Brits who fought for Hitler (TV Documentary)