It’s reasonably common knowledge that large numbers of Māori fought on the side of the government during the New Zealand Wars. We even have a name for them, kūpapa Māori.

A less well-known story is the handful of Europeans who went in the other direction - Pākehā soldiers who deserted the British army and joined the cause of Māori “rebels”.

Most of these people are poorly documented, but there is one exception: Kimble Bent. 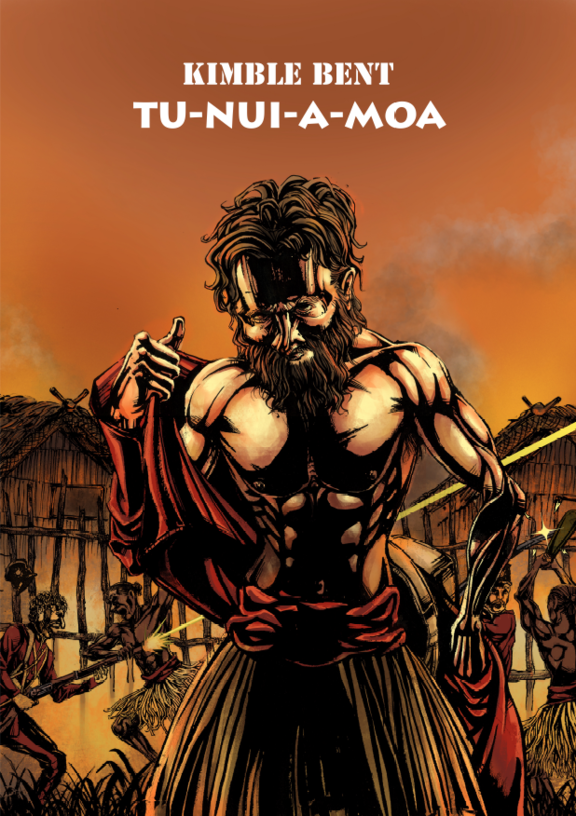 June, 1865. A Ngāti Ruanui chief, Tito Hanataua, was riding his horse along a track near the bank of the Tangahoe river. He was there to scout a nearby British army fort.

To his astonishment he came face-to-face with a soldier wearing a dripping wet scarlet uniform. That soldier was a 25-year-old American, Kimble Bent.

Decades later, Bent recalled the conversation that followed to historian James Cowan, who published it in a book, The Adventures of Kimble Bent.

Tito Hanataua: “Here you Pākehā! Go back quick! Haere atu, haere atu! Go away back to the soldiers. I shoot you suppose you no go! Hoki atu!

Kimble Bent: Shoot away, I won’t go back. I’m running away from the soldiers. I want to go to the Māoris. Take me with you!

Tito Hanataua: You tangata kuware! You Pākehā fool, go back! The Māori kill you, my word! You look out!

Kimble Bent: I don’t care if they do, I tell you I want to live with the hauhaus.

Tito Hanataua: E pai ana (it is well). All right, you come along. But you look out for my tribe - they kill you.

- The Adventures of Kimble Bent 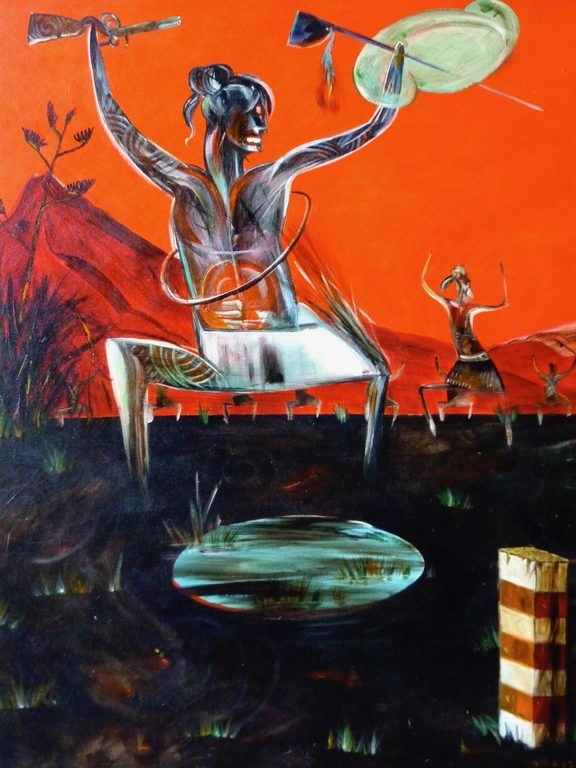 The events which led Kimble Bent to that life-changing meeting with Tito Hanataua began five years earlier, when he travelled from his home in Eastport, Maine, to the United Kingdom.

He quickly burned through the money which had been given to him by his father for the trip, and was left stranded with no way to return to the United States.

While he was drowning his sorrows at a pub, Bent’s eye was drawn to the smart uniform of a British Army recruiting sergeant. Bent had formerly served in the United States Navy as a teen, and he decided to sign up.

It was the worst decision of his life.

“The discipline and parade ground drilling was a far cry from the rather more relaxed US Navy way of doing things. Floggings were common,” said Chris Grosz, who wrote a graphic novel on Bent’s story: Kimble Bent Malcontent.

Bent was deployed first to India, and then, with the outbreak of the Second Taranaki War, to New Zealand.

One rainy day he was ordered by an officer to go and collect firewood. Bent refused and was sentenced to imprisonment for insubordination, and 50 lashes with a cat o’ nine tails (this was later reduced 25, after a doctor stated that he was physically incapable of withstanding the full 50). 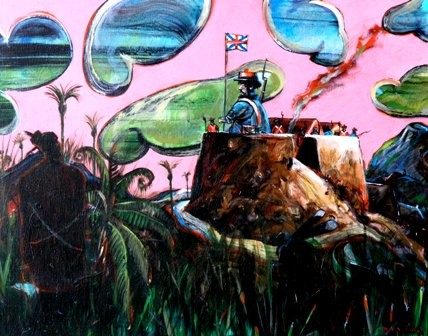 An illustration of a British fort from ‘Kimble Bent Malcontent’. Photo: Chris Grosz

It’s this event which prompted Kimble Bent to desert his comrades. He is quoted in James Cowan’s book as telling his camp mates that “I can’t be worse off with the Māori’s than I am here. If they do Tomahawk me it will be the end of all my troubles. I don’t very much care.”

And so, on June 12th 1865, he pretended to leave the camp for a wash, swam across the river and met his very first Taranaki Māori, the Ngāti Ruanui Rangātira Tito Hanataua.

Luckily for Bent, Hanataua decided against killing him on the spot. As a follower of the Pai Mārire faith he had received instruction from the prophet Te Ua Haumene to welcome any Pākehā deserters and give them protection.

But this didn’t mean Kimble Bent’s life among Taranaki Māori would be easy.

“They gave him menial tasks like clearing scrub, chopping wood,” says Chris Grosz. “He was a slave, but he had this ability to make ammunition. He became an armourer.”

Bent seemed to gain a measure of trust within Māori society. Te Ua Haumene met with him personally, partly to place his tapu on him to provide protection against other Māori who had some reservations about accepting a Pākehā into their midst. 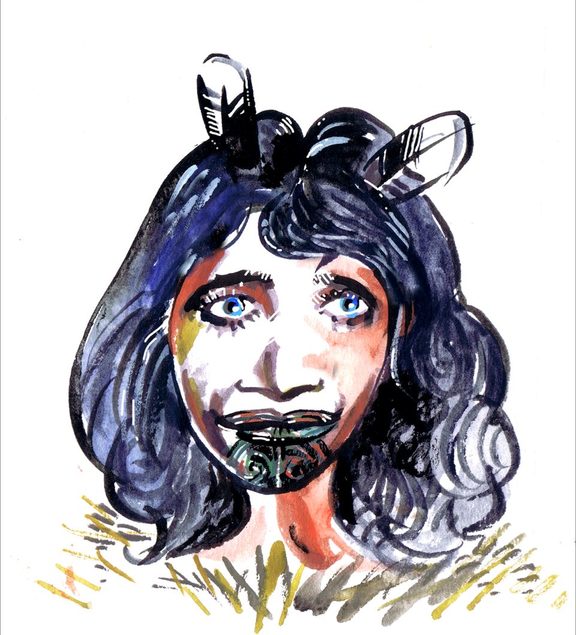 He was also married to a Māori woman, although, according to James Cowan’s book he didn’t find her particularly attractive and she left him for another man. He was later remarried, to a 16-year-old girl called Rihi, the daughter of a Taiporohenui chief, Rupe.

Bent claims that he never took up arms against his former comrades in the British army and this was backed up by Māori whom James Cowan interviewed. However, he did serve as a maker of ammunition. Bent was also regarded as a healer, and actually claimed to have gained status as a Tohunga (expert practitioner of a skill) for his abilities in traditional healing and making dyes for tattooing.

However, he was still an outsider in Māori society and he recounted several stories of threats against his life, most of them driven by anger over the wars with the colonial government.

One close shave came when he was on a hunting trip with a Ngāti Maniapoto warrior who had come from the Waikato region to live in Bent’s kāinga (village). 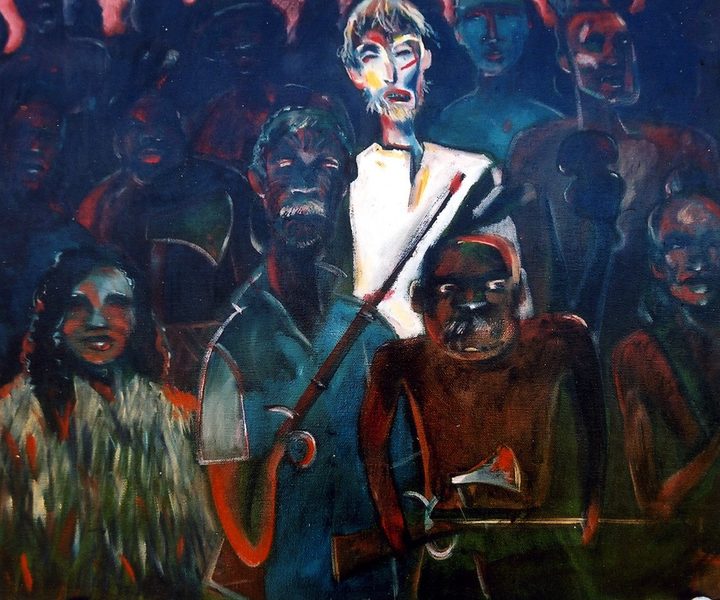 “After days of hunting, Bent became very wary of this guy… At night he used to have these heated rants against Pākehā and do haka around the fire,” says Chris Grosz. “One particular evening, Bent kept one eye open and managed to prevent an attack by this angry warrior because he lunged at him with an axe. Apparently Bent wrestled the weapon from him ... and he stayed awake all night and forced this antagonist to walk in front of him in the morning back to camp.”

When they returned to camp, the Taiporohenui chief Rupe was furious that this warrior had violated the protective tapu placed on Bent and he chased the man from the village.

Another disturbing incident came after the battle of Te Ngutu o te Manu, which ended with catastrophic defeat for the attacking British forces.

Bent said he saw the famous war leader Titokowaru order that the bodies of British soldiers be distributed among the warriors who fought in the battle. He told historian James Cowan that one group of warriors took a body away and that sometime later he went to investigate what had happened to it.

“I presently went down to the cooking quarters to see what had become of the body that had been dragged away. There I found a large earth oven full of red-hot stones, and there they were engaged in roasting the white man’s corpse. They had prepared it for cooking in the usual way, and were turning it over and over on the hot stones, scraping off the outer skin. The cannibal cooks looked round and asked me savagely what I wanted there. They threatened that if I did not leave instantly they would throw me into the oven too and roast me alive.”

- The Adventures of Kimble Bent 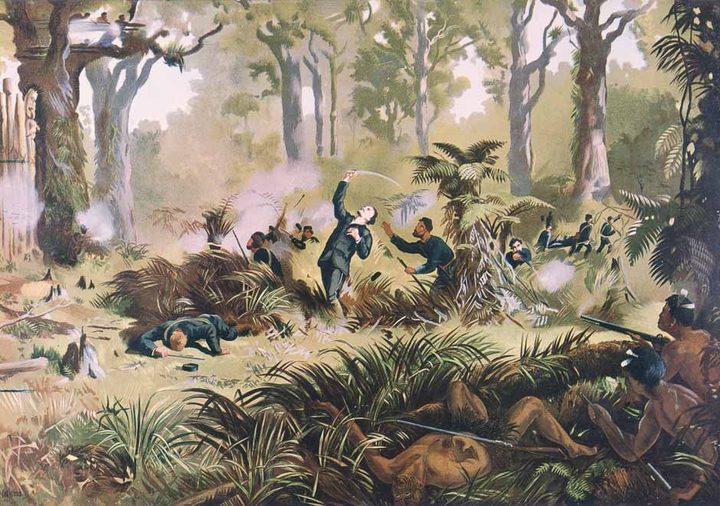 This is one of two incidents of cannibalism Bent claimed to have witnessed during his time with Taranaki Māori.

At the time, these incidents were seen by European authorities as evidence of the hauhau ‘lapsing into barbarism’ thanks to the influence of their ‘deluded’ prophets. 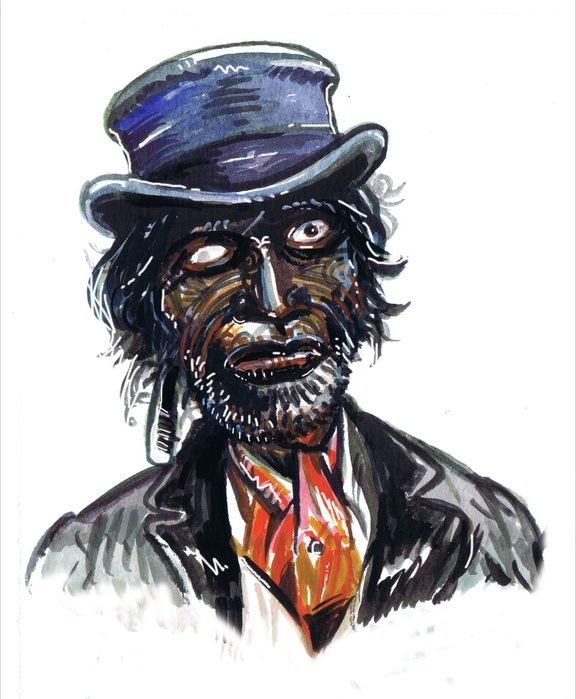 If this really was the plan it was a successful one. The British made several further attacks on pā which ended in bloody defeat, despite superiority in numbers and weapons.

Titokowaru’s War only ended after he lost the support of his allies, following an affair with the wife of a fellow chief, but this wasn’t the end of the story for Kimble Bent. 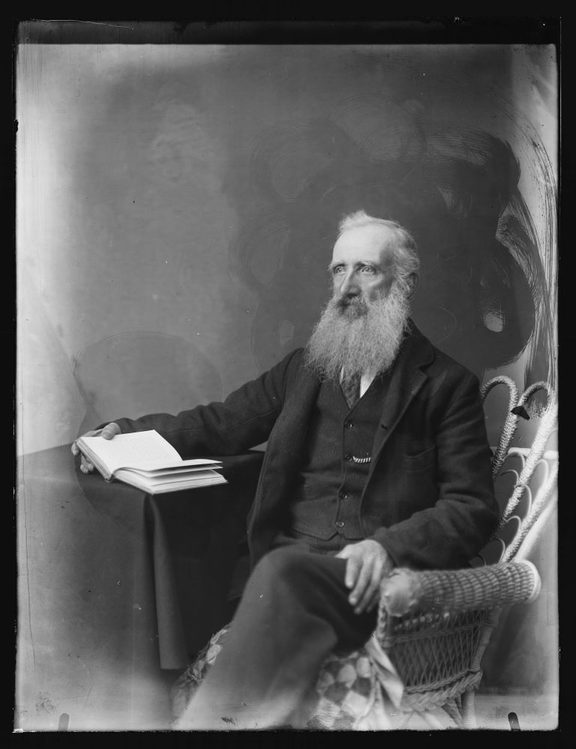 A portrait of Kimble Bent taken when he was interviewed by James Cowan in the 1900s Photo: James McDonald/Te Papa

Bent continued living among Māori for several decades, fearing retribution for his desertion in 1865. Eventually, however, he became more a figure of curiosity than hostility and was able to make a partial re-entry to Pākehā society, working to build shearing huts and giving occasional interviews to journalists about his life among Taranaki Māori.

Listen to the full Black Sheep podcast for more on Kimble Bent’s astonishing life story, including the rumours he shot and killed his former commander.

The Adventures of Kimble Bent by James Cowan

Letter from Kimble Bent printed in the Patea Mail