Charlotte Badger was one of the very first European women to live in New Zealand. She was also a pirate... or at least that's the traditional story. 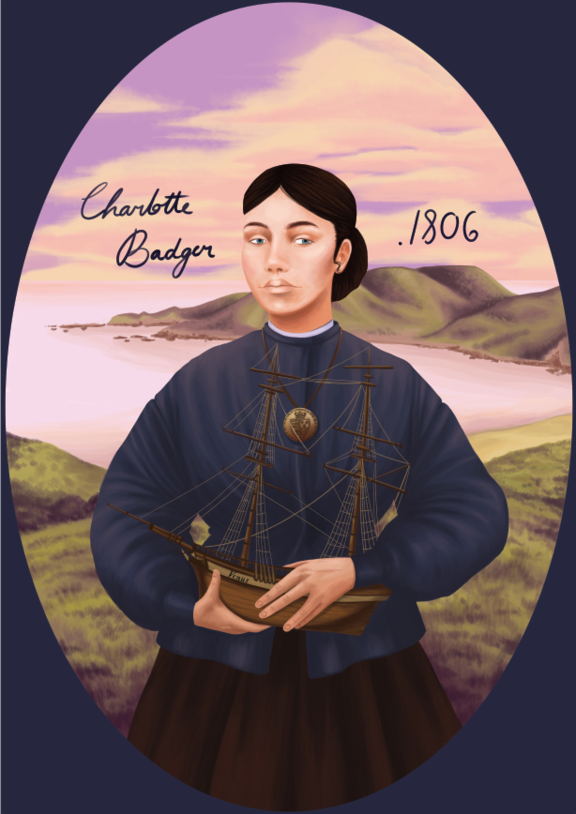 Charlotte Badger was born in 1778 in Bromsgrove, a small village outside Worcester in England. Her father was a labourer and the family probably struggled to make ends meet. In desperation, 18 year old Charlotte committed what would be considered a fairly minor crime today - she stole a number of small items, including a silver coin, from her employer.

In 17th century England however, housebreaking was a hanging offence and Charlotte was sentenced to death. Luckily, her sentence was commuted and she was instead given seven years transportation to the New South Wales penal colony at Port Dalrymple, now known as Sydney.

“She arrived in Sydney in 1801 and then she disappears until 1806,” says Jennifer Ashton, a historian who’s been investigating the supposed pirate’s story.

Charlotte’s reappearance came in the form of a wanted notice posted in the Sydney Gazette in 1806:

“The persons under-mentioned and described did, on the 16th day of June 1806, by force of arms and violently and piratically take away from His Majesty's settlement of Port Dalrymple, a Colonial Brig or Vessel called the Venus.”

The notice went on to name and describe about a dozen mutineers. Last on the list were two women:

Later, the Gazette published official depositions from people who witnessed the mutiny, including the ship’s captain who said the leaders of the mutiny were the first mate, the pilot of the ship and a soldier. The two women convicts are hardly discussed at all aside from a mention that Catherine Hagerty was “cohabiting” with the first mate, Benjamin Kelly, and had thrown some papers overboard.

It seems strange that the captain didn’t say much about the two women given that a 1895 newspaper article depicts both Catherine Hagerty and Charlotte Badger taking an active part in the mutiny, armed with swords and pistols.

That article seems to be part of a trend in Charlotte Badger’s pirate story which continues to this day.

“Each time the story is retold, Charlotte Badger’s role is amped up,” observes Jennifer Ashton. “In 1937 it gets even better because in the Sydney Morning Herald Women’s Supplement … all of a sudden Charlotte Badger is the instigator. She’s got this poor man Benjamin Kelly under her spell … and when she gets out to sea she’s in command.”

In more modern accounts like Lorae Parry’s play, Vagabonds, written in the 1980s Charlotte is portrayed as whipping the unfortunate captain of the Venus with a cat o’ nine tails. 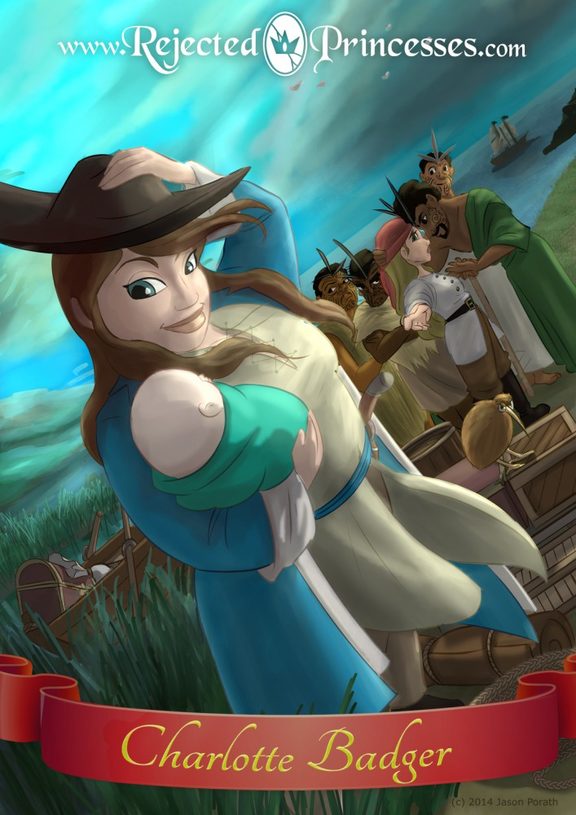 Charlotte Badger has depicted in many ways over the years. This artwork from www.rejectedprincesses.com depicts her as a Disney Princess Photo: Jason Porath

Whatever Charlotte’s actual role in the mutiny, the Venus sailed off into the sunset. The missionary Samuel Marsden recorded the ship arriving in the Bay of Islands, abducting several high ranking Māori women then leaving again for Mercury Bay. Most of the crew were later killed by Māori.

Charlotte Badger was not among them. She and her baby daughter, along with Catherine Hagerty, Benjamin Kelly and another convict called William Lancashire, stayed in the Bay of Islands.

Their fates were later reported on by two ships which visited the area in 1808.

“Lancashire and Kelly are taken away … justice is delivered upon them and they are hanged,” says Jennifer Ashton. “Catherine Hagerty has died and Charlotte Badger is still living [in the Bay of Islands] with her daughter. The captain of the Elizabeth, a really well-known guy called Eber Bunker, offers her passage back to Sydney and she says ‘no, I’d rather stay here.’”

Aside from one cryptic potential sighting of Charlotte and her daughter in Tonga some years later (apparently fleeing from Māori and on her way to the United States) this is the end of the traditional Charlotte Badger story.

But new evidence uncovered by Jennifer Ashton has thrown that history into question.

For one thing, there is really good evidence that Catherine Hagerty was on the other  side of the world when the Venus was stolen.

Jennifer Ashton has found records which show that in the year 1800 Catherine was given a full pardon and went back to the United Kingdom. There are no records that she ever returned to Australia.  This means the “wanted” notice in the Sydney Gazette which names Charlotte Badger and Catherine Hagerty as mutineers has at least one major error.

Jennifer Ashton has also found other evidence which contradicts the story that Charlotte got off the Venus in the Bay of Islands and lived among Māori. “If you look through New South Wales census records … you can find Charlotte Badger living in New South Wales in 1811 and right up until the mid 1820s.” she says.

There is one small aberration in those records, though. Charlotte does not appear in the 1806 census - the year the Venus was stolen. That means it’s possible she really was on the ship, and really did sail to New Zealand but returned to New South Wales without anyone noticing.

Jennifer Ashton thinks that scenario is very unlikely. “Runaway convicts were a big issue,” she says.

“I would have thought that if someone who had been involved in piracy arrived back in New South Wales that it would have made the news and that person would have faced further justice - and there’s no mention of her ever facing any further justice.”

So, unfortunately, it may be that the fantastic tale of Charlotte Badger the female pirate and first European women to live in Aotearoa is... just a story.

Listen to the Full Black Sheep podcast to hear more about how the arrival of the Venus affected local Māori and for speculation on why Charlotte’s story keeps being hyped up with every retelling.

1806 Original deposition of Captain Chase in the Sydney Gazette

1895 Article in the Evening News