Poisoner: the story of Thomas Hall 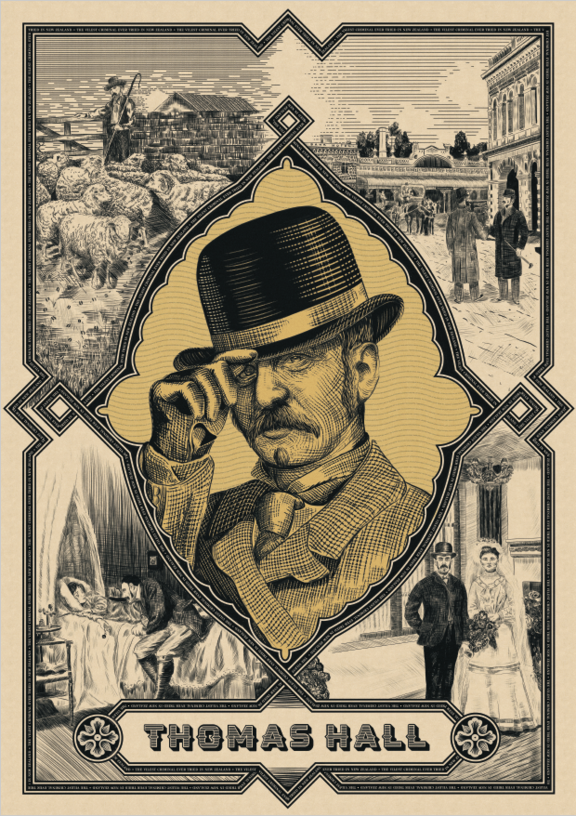 “You have achieved in the annals of crime the position of being the vilest criminal ever tried in New Zealand.”

That’s what the judge said to Thomas Hall as he sentenced him to life in prison in 1886.

Tom Hall was part of a rich and influential family in Timaru. His uncle, Sir John Hall, was a former Premier of New Zealand. You can imagine the scandal when news broke that a member of that family had attempted to poison his wife in an effort to steal her family fortune.

But while the initial reaction was a sort of morbid glee, it quickly turned to horror when the full extent of Tom’s crimes were revealed.

The son of a rich sheep farmer, Tom Hall was born during a gigantic wool boom in the 20 years from 1850 to 1870. That boom saw Timaru grow from a few shacks on the beach to one of the wealthiest places in the country. 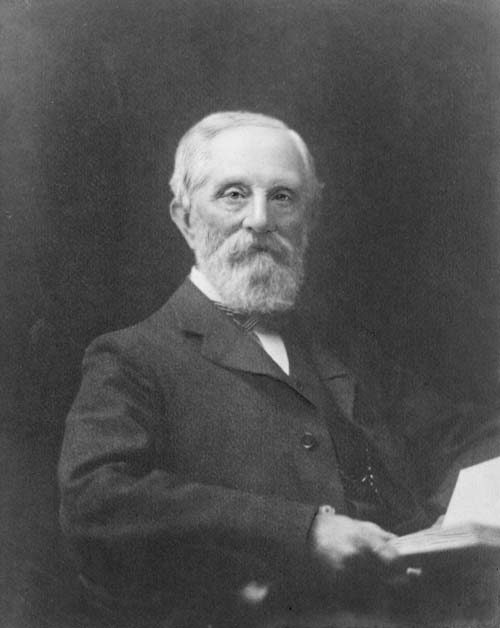 Tom initially went into the family business working a sheep run in the Mackenzie Country but quickly abandoned that line of work, due to harsh conditions as revealed in his diary.

"July 20: stayed a night with Parkerson on the way up. Lots of snow and severe frost. My horse had icicles three inches long on his nostrils. Twenty inches of snow fallen. Twelve inches still lying."

Instead, Tom Hall became a businessman… and a con-artist.

“People thought he was good at what he did,” says Peter Graham, author of Vile Crimes: the Timaru Poisonings. “No one had any reason to suspect there was anything wrong with [Tom’s] company.”

Tom’s business was in finance, property and insurance, which he used as a cover to steal clients’ money and forge documents to get loans from banks.

“He was shuffling money around left, right and centre,” Peter Graham says. “He was trying to stave off the day when he was going to be exposed.”

A worldwide credit crisis in the 1880s proved disastrous for Tom’s scam. With credit drying up he was forced to look elsewhere for money.

“His way out was to marry a wife with money,” Peter says. “He picked upon Kitty Cain. She was one of two stepdaughters of Captain Cain [who was] really a founding father of Timaru.”

But it wasn’t enough to simply marry a rich woman, Tom wanted Kitty’s money all to himself. Even before they were wed, he was planning on killing her. 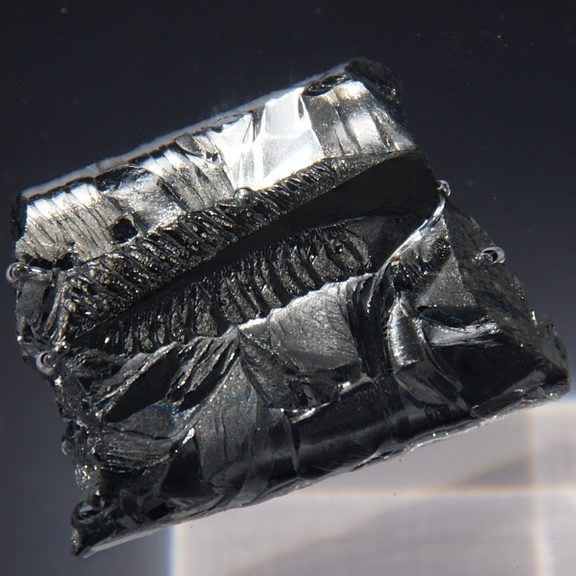 A piece of antimony, the metallic poison Tom Hall used to poison his wife Photo: CC 3.0

“Tom Hall travelled to Christchurch to get legal advice before he married Kitty,” says Peter.

Tom asked his lawyer what benefit would come to him if his wife died and was told the only way he could inherit her money is if the couple had a son before Kitty’s death.

Three weeks before his wedding, Tom bought 120 grains of tartar emetic from a chemist. The day after Kitty gave birth to his son he bought another 120. Tartar emetic is made from antimony, a metal which acts as an irritant poison similar to arsenic.

“It’s a metallic poison that accumulates in the system and only two or three grains was enough to kill someone,” Peter says. “It’s quite a hard poison to administer because you have to get the mix exactly right. If you give too much it will simply be vomited up.”

So instead Tom poisoned his wife slowly over the course of two months. Mixing antimony into Kitty’s food and water, watching as her health slowly deteriorated. She started suffering from constant vomiting attacks, but the worst symptoms were a constant itching and an unquenchable thirst for water.

Throughout this time Tom appeared as a caring husband. Never giving a hint he was the one responsible for his wife’s illness. 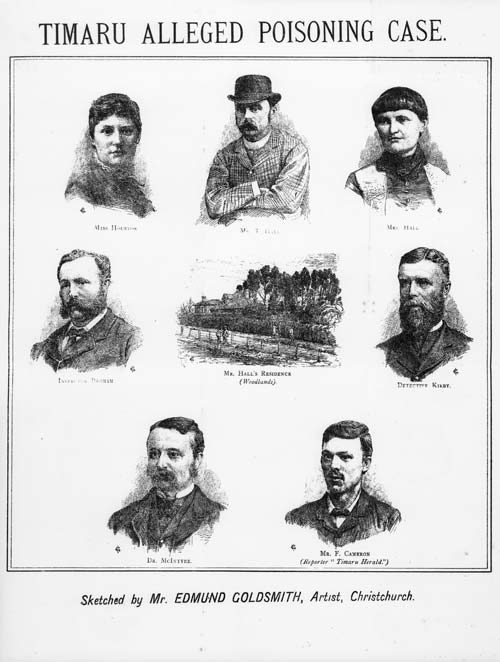 “I see him as a psychopath type,” says Peter Graham. “The cold calculation, the charm, the way he could sit there with his wife hour after hour, day after day.”

Tom probably hoped that by poisoning Kitty with antimony, her death would be less suspicious. Instead of suddenly dropping dead she would seem to suffer a long, lingering, ultimately fatal illness.

Then, immediately after her death, Tom planned to burn down the family house - destroying any traces of poison in Kitty’s body. At trial it was revealed the attic of the house had been packed with rags and straw, and doused with kerosene.

But Tom’s plan unravelled thanks to a sharp-eyed nurse.

“Nurse Ellison saw Tom give Kitty a sip of water that [Kitty] complained tasted a bit brackish and then immediately vomited,” says Peter.

The nurse took a sample of water which she gave to the family doctor, Patrick MacIntyre, who had it tested by a local chemist. It was found to be laced with a large dose of antimony.

Doctor MacIntyre went to the police and swore evidence against Tom Hall for attempted murder and also against another of Kitty’s nurses, a woman called Margaret Houston.

Several servants described on what they felt was an inappropriately close relationship between Margaret and Tom. They spent a lot of time in each other’s rooms and on one occasion Tom helped Margaret get dressed by tightening the stays on her corset (seen as scandalous behaviour at the time).

Margaret’s behaviour when the police came to arrest her and Tom was also seen as suspicious.

When the police arrived Tom attempted to throw a bottle of poison he had in his pocket into the fire. This led to a wrestling match with the two police officers, with Margaret joining the fight on Tom’s part.

Margaret tried to divert suspicion from Tom when police told them that the accusation against him was attempted murder by the poisoning with antimony. “Antimony?” Margaret said. “Isn’t that what you use in your photography Tom?”

Tom responded by snapping, “Keep quiet will you!” and telling the police that “whatever I did in this matter I did alone. ... Miss Houston has nothing whatever to do with this.” 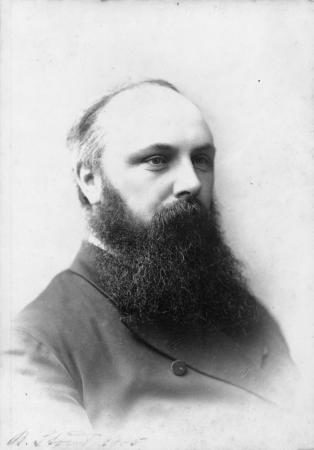 Along with the poison in his pocket, the police discovered a bottle of poisoned brandy on Kitty’s bedside, another bottle of poison in Tom’s room, and a copy of the book Taylor on Poisons on his bedside table.

The trial was a national sensation - the drama only heightened by the fact that the lawyer for the prosecution was Robert Stout, the sitting Premier and Attorney General.

It took the jury just eight minutes to find Tom Hall guilty. Margaret Houston was exonerated, largely because a doctor's examination proved she was a virgin, making it difficult to prove a romantic relationship between she and Tom.

However, Tom then faced a second trial after the family doctor recalled that Kitty’s stepfather, Captain Cain, had suffered very similar symptoms to Kitty before his death earlier that year.

The police exhumed the body in a scene described in vivid detail by the Timaru Herald.

"The scene was a ghostly and horrible one… The sky was enveloped in heavy, threatening looking black clouds. The scene, laid as it was in the cemetery, was enough to fill the spectators with horror, which was heightened by the lanterns now and then flashing their rays on tombstones and graves; and the sight of the ghostly coffin, covered in mud and dripping with water, caused an involuntary shudder to pass through the assembled crowd."

Captain Cain’s body was found to be laced with antimony. Tom Hall was convicted of murder and sentenced to death.

However, that conviction was then quashed after an appeal on a legal technicality relating to the admissibility of evidence used in the trial - specifically, the evidence that Tom had already been found guilty of attempted murder (by poisoning).

He was sentenced to prison and served 21 years, one year longer than the customary life sentence of the time. After his release he left to live in Australia in the seaside town of Yeppoon where he is buried today under the assumed name of Paul Newstead.

Listen to the full Black Sheep podcast to hear why Kitty refused to believe her husband tried to poison her and how the New Zealand public reacted to Tom Hall’s acquittal for murder.