Melody Thomas leads a frank and often-entertaining exploration into sex, sexuality and intimacy.

In the first episode of the new season, Melody explores how people feel about their “sexual awakenings”, what it was like “the first time”, and asks if the way we talk about virginity is actually a little unhelpful. 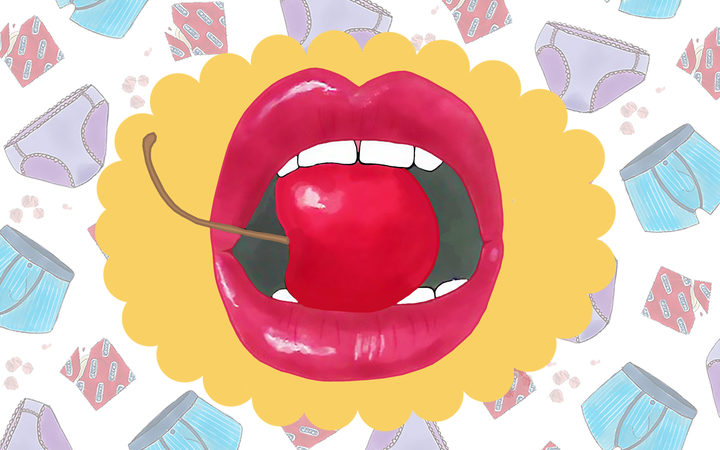 I’m not sure how old I was when my Dad said this to me, but it’s obvious now what he was trying to do - that by letting me know that he’d know,  I would perhaps be less inclined to follow the path of sexual temptation.

Unfortunately all it did was set me up for a double disappointment. I still remember coming home after “losing my virginity” and being astonished when he said nothing.

His threat (delivered with love, but a threat nonetheless) had led me to believe that once I had sex I would be transformed, glowing with womanly experience, that strangers on the street would high five me as I passed - but there was nothing.

Losing my virginity turned out to be an anti-climax in every sense of the word.

I first had had sex during my high school years - but if you didn’t, and you felt like everyone else was, you might be comforted to know that most people don’t have sex until later.

The Youth ’12 survey, which drew on students from 91 schools around the country, found that only 25% of male students and 24% of female students reported ever having had sex.

New Zealand is a diverse place, and the ways people think about virginity vary depending on their cultural background, familial circumstances, sexuality and gender identity, and whether religion was a part of their upbringing.

When I spoke with people on the street about their “first times” I encountered some who were happy with how it happened, others who wished they'd waited till they were older, one trans person whose first time was anything but pleasant, and more than a few who talked about being nervous, anxious or “terrified”.

What’s interesting to me is that even in a Western, secular contexts where the expectation that women (and men, but mostly women) should remain virgins until marriage has virtually disappeared, “losing your virginity” continues to be highly pressurised. Think about the potential social repercussions for a girl who has sex “too early” or a boy who hands in his V-card “too late”, as well as for any number of adult virgins who have been made to feel deeply ashamed for something largely outside of their control.

The idea that virginity is a “thing you do” can also be coercive. How would that play out for someone who is asexual, or queer but not yet ‘out’, or who is being pressured in a bedroom at a party?

You know that Youth ’12 study that reported only a quarter of high schoolers are sexually active? When results from that same study were released in 2001 and 2007 the number was more like a third - what changed in the survey was that in 2012 students were explicitly told not to count abuse or unwanted sexual experiences.

Professor Virginia Braun at the University of Auckland believes failure to deliver a broad and comprehensive sexuality and relationship education is undermining young people’s abilities to act in their own best interest.

“We have sexualised cultures where we promote teen romance in books and movies… adult sexuality is everywhere and sexuality is generally promoted as a good thing.”

Yet when it comes to educating teens on what constitutes a healthy relationship and what good, respectful, enthusiastically consenting sex actually looks like - they're left to figure it out for themselves.

“It’s almost as if there’s this magical point at which you’re supposed to go from not being interested in it… to suddenly getting to this narrow, age appropriate window and jumping onto the other side."

Instead, she’d like us to start thinking about our first sexual experiences in a more positive way.

"How can this thing which is going to be, for most of you, part of your life, be something that you start doing in a way which is positive? Where pleasure is part of the conversation right from the start, and where certain sexual activities are not judged to be the proper ones, the best ones, the right ones? [Because] that shapes people’s practices, and not necessarily in positive ways.”