Awkward Conversations about museums, culture and history – with Karl Johnstone and Eloise Wallace 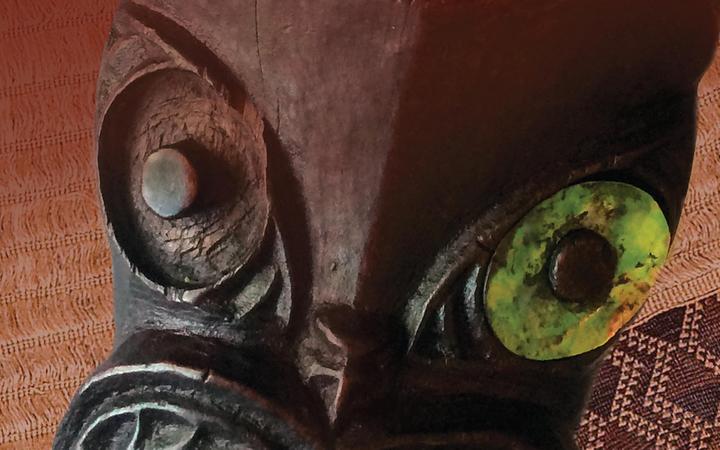 A series of four panel discussions marking the Tuia 250 ki Tūranga commemorations of first contact between European and Māori, recorded on location in Gisborne's Smash Palace. 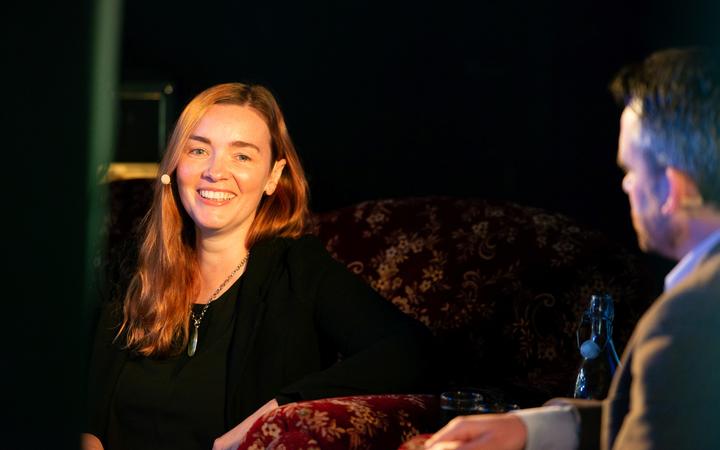 Arriving in Gisborne to head up the Tairawhiti Museum just a few years ago, Eloise Wallace felt that she was walking into a different world, a New Zealand she didn’t know.

I actually experienced a little bit of culture shock, coming from a place where I'd been able to live in this Pakeha world to a place where the population is about 50% Māori and 50% Paheka.

I remember a couple of days after I arrived, my little girl and I were down at our local park, and there was a mum and her kids at the playground and they were speaking Māori.

And it was the first time I think I'd ever heard as Māori being spoken in this natural, normal, everyday way. And I was just riveted. I thought, wow, this is really special where I've come to but also, how am I going to succeed? I've got a lot of learning to do if I'm going to live here. 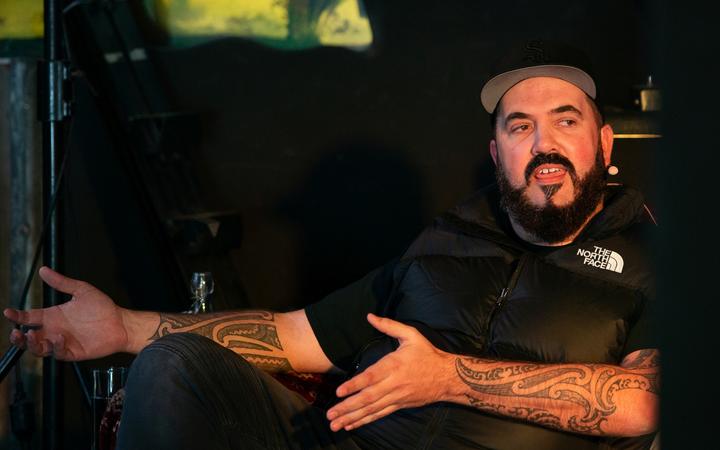 When he’s considering the role of museums and other traditionally Pakeha ways of organising knowledge, especially Māori knowledge, cultural expert Karl Johnstone points to the power of memory.

We don't discriminate between history, mythology and metaphor. So we say we came [to Aotearoa] on the back of a whale. But the introduction of the written word particularly the Paepae Tapu, or Bible, changed those things, making our form of history-making more didactic.

Maori forms of knowledge actually need to be understood without prejudice. Maori purakau – traditional narratives – are often diminished by saying that they are mythological. I often respond by saying, “Was Moses splitting the Red Sea a mythology?” And people say, “Well, no, that's the Bible.” So there's a really interesting dynamic there. 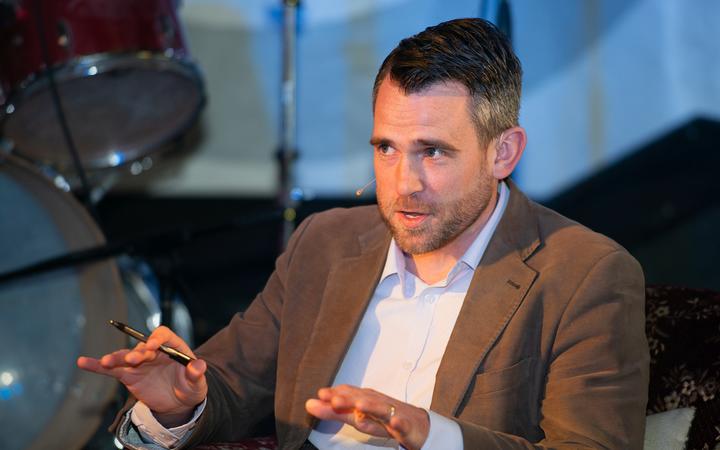 250 years [since the arrival of James Cook, and the first contact between Māori and Pakeha] is a quarter of a millennium. What does it mean to Māori?

Well, I think we've accepted it, but we didn't use time as a marker in that form. Maori knowledge starts with the notion of Pūrākau, a traditional narrative [which describes the roots or base (Pū) of the tree or rākau].

Rākau becomes a physical representation of history, particularly in carving which is a language able to articulate metaphor far better than the written word. But more importantly, it maintains a relationship between you and knowledge. So it's not about a thing or an artwork holding the knowledge, it's about the way you contextualise yourself to it.

So I would say, for example, in the case of Tuia 250 Ki Tūranga [the marking of the anniversary of James Cook’s first contact with Māori], I would like to acknowledge the amazing work that's happened within an ill-considered framework. I was sitting on the Ministry for Culture and Heritage advisory board, and said, “this framework sucks, you know, it's not us. This is not how we commemorate. We commemorate through people.”

Dates are pretty cold things. Often I sit in commemorations kind of waiting for the moment where I actually get it. And it's usually actually sitting in a language of symbolism, that's the bugle blowing, or it's the way that somebody marches, that's where you actually ultimately connect. It's not about the date. 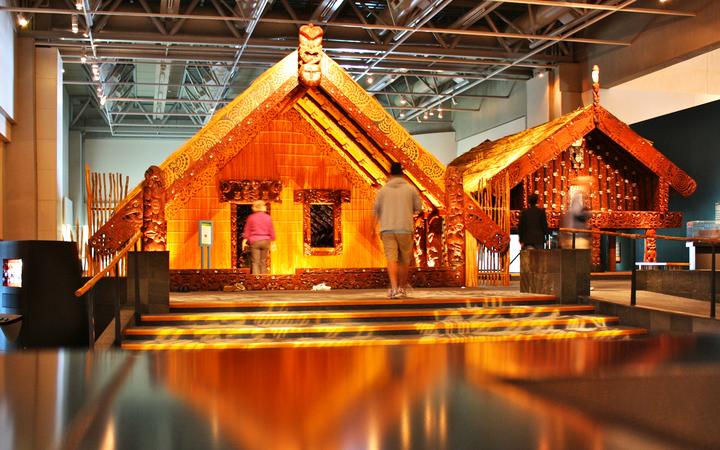 For Karl Johnstone, it’s something of an irony that the Rongowhakaata exhibition is currently in Te Papa, which houses at its centre the glorious traditional wharenui Te Hau Ki Tūranga.

We actually have to understand all of the things that interrelate. So for example, as a result of Rongowhakaata's resistance to the crown, [the meeting house] Te Hau ki Tūranga was confiscated.  It sits on Level 4 at Te Papa still.

We don't often think about Te Kooti Arikirangi in that same connnection, but I can guarantee you that if Te Kooti had been there [with his Rongowhakaata iwi in 1867] they wouldn't have taken that house at the time.

It was because he was on Wharekauri [the Chatham Islands to where Te Kooti had been exiled for his fight against appropriation by the colonial government].

Johnstone thinks it's not coincidental that it was actually a Major Reginald Biggs who led the confiscation of Te Hau ki Tūranga. In his role as a commanding officer in the militia he had been key to Te Kooti's imprisonment on Wharekauri.

However, appropriation and confiscation are very different matters from trade entered into freely. He cites a specific example of a cultural artefact being exchanged during the 19th century to show that voluntary trade was a far from alien concept for Māori. 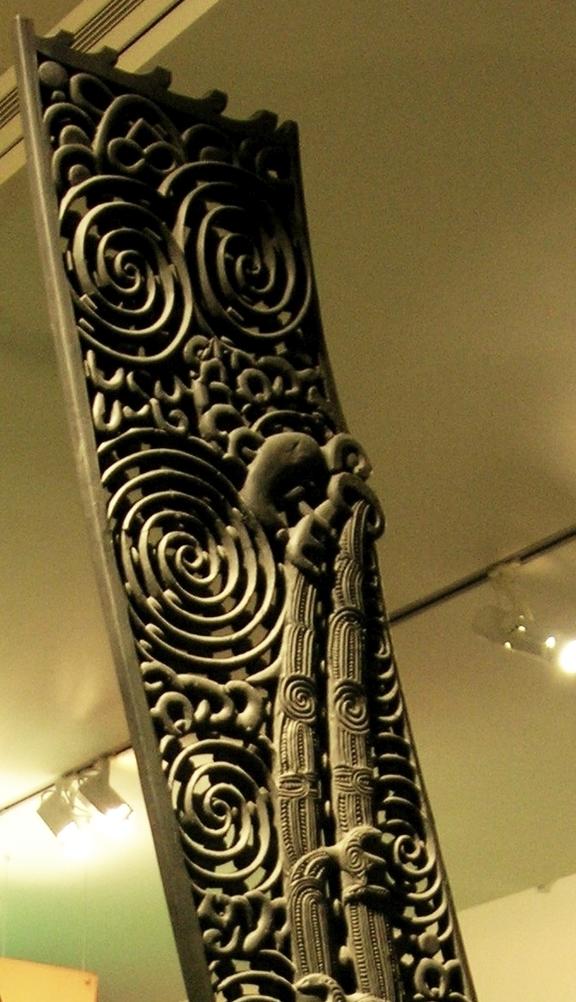 One of the examples I use is Te Toki-a-Tāpiri [one of the last of the traditional waka taua or war canoes remaining from the 1800s].

It's in Auckland Museum.

The hull was carved just south of here by Ngāti Matawhāiti.

It was floated by the river systems to Manutūke where the prow and the stern were carved by the same carvers as Te Hau ki Tūranga.

It ended up being floated down into Waikato, ultimately landing in Auckland, but it was traded even if it wasn't for money. 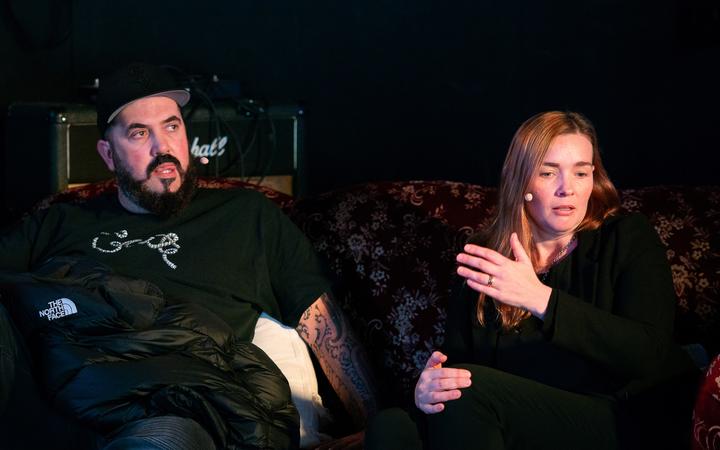 Karl Johnstone lives in Gisborne and continues to lead the Tuku Iho project around the world. He is the owner of Haumi (NZ) Ltd, a specialist cultural development business which initiates, develops and delivers projects of national and international significance in partnership with major organisations, iwi Māori and a network of international connections. Karl specialises in concept and product development and strategy, and has extensive experience in cultural diplomacy initiatives, cultural centre and exhibition development, project direction, and content development.

He is a regular presenter at international conferences and integrates his formal learning in fine arts and education, with his passion and experience in kaupapa Māori. Karl has worked in the cultural heritage sector for over twenty years, including eight years at Te Papa and eight years as the director of the New Zealand Māori Arts and Crafts Institute located at Te Puia in Rotorua. He is a member of Te Arataki Wānanga, a Māori advisory group for the New Zealand Ministry for Culture and Heritage and a board member on the New Zealand Arts Council

While temping in London she landed a job as assistant to the head of exhibitions at the Imperial War Museum. Among projects she worked on was an exhibition about the British Lawrence of Arabia, the Falklands War, animals in wartime, and the Holocaust.

She took up a position with the Hawke’s Bay Museum and Art Gallery (now MTG Hawke’s Bay Tai Ahuriri) and worked there as a public programme team leader for five years. Then the position of museum director came up at Tairawhiti Museum. – Gisborne Herald

Recorded at Smash Palace Gisborne, in association with the Te Ha Trust, and the Tuia 250 Ki Turanga/Gisborne programme of public events in October 2019