Advice on parenting with a disability

Raising kids can be crazy enough. For parents with a disability, it calls for creative thinking and problem-solving on a whole new level. Katy Gosset looks at how to tackle the tricky bits. 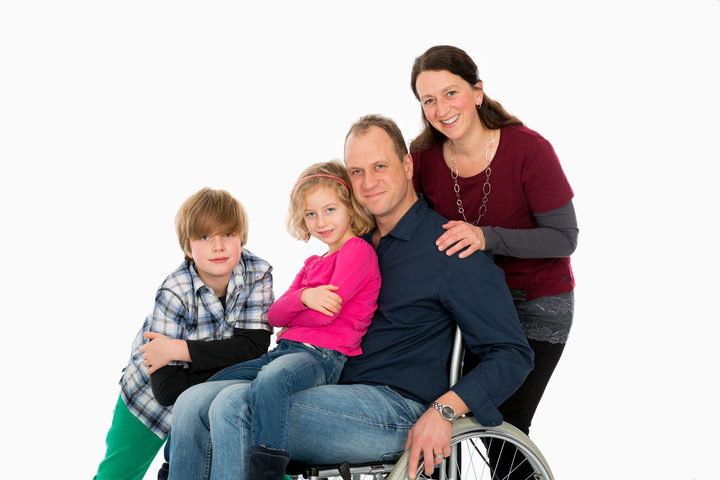 Seven years ago Jack* learnt he was going to become a father. His first emotion? Fear.

Jack has lived his life with cerebral palsy in what he calls a "love-hate relationship".

So, as fatherhood approached, he found himself considering what might lie ahead for his child.

"My first thought was 'Gee, I hope my child doesn't have a disability because I don't want my child to have to go through what I went through'”.

As it turned out, his son was not disabled but it’s still been quite a journey.

"I have pretty good motor control but things like changing a nappy was almost impossible with my hands."

Tricky, too, was dressing the baby, tucking tiny limbs into a buttoned Babygro.

"It was difficult and I didn't really want to do it because I ended up hurting the baby by trying to get their clothes on."

In the end, Jack got creative and, while his wife was working, organised a roster to assist with ablutions.

"I had my mums and dads on my phone and I would ring up these people and say: 'Look, can you come over and do a nappy change?' and then I'd flick them a box of chocolates or a bottle of wine."

Family members who have to adjust to a disability in the family often learn to think laterally early on according to clinical psychologist Catherine Gallagher.

"In terms of problem-solving, the obvious solution may not be possible for them and so they’re having to think outside the square and that’s a really good life skill.”

Parents living with a disability share plenty of common ground with other new parents, she says.

“For many, the challenges are just the same as other parents share who are trying, in their own way, with whatever resources and life experience they have, to give their children the best opportunities to grow and develop.”

But it's important that disabled parents have the right support in place, she says.

“If a parent’s disability isn’t well understood, resourced or supported, then the stress this creates can have an impact on their emotional reserves.”

That includes how parents themselves perceive the situation.

“Really it’s around the parent’s own capacity and degree of acceptance around their own disability because it absolutely is harder.”

The practical challenges of child-rearing often mean parents with disabilities have to rely more heavily on others to help, Gallagher says.

“If a parent resents that or feels guilty about that or doesn’t actually have the people to rely on, of course this is going to impact on how they are managing those parenting challenges.”

In Jack’s case, as with his nappy roster, he often asks for help to make certain activities or outings possible.

“You can’t just pick the child up and strap them in the car so going on journeys is also challenging ... What I would do was ring up a friend and say 'Do you fancy going to the beach or to the mall?'” 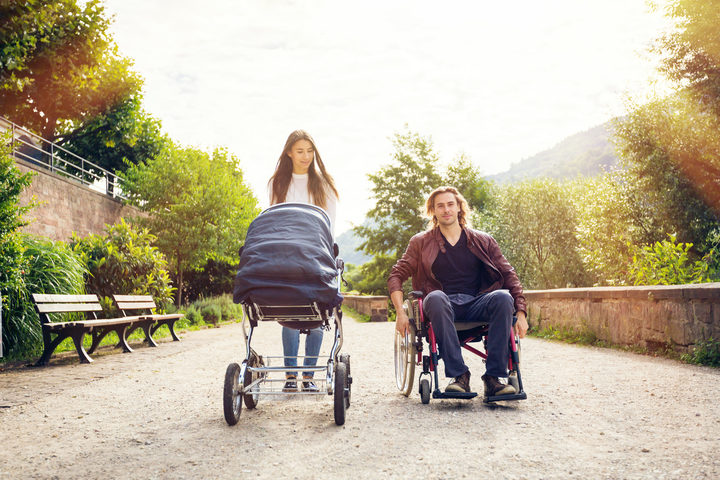 Sometimes, if a friend wasn’t available, he asks another parent to watch his children in the sea.

“Obviously, if the kids get in the water I’m not sure if I can get in there quick enough to rescue them, should something go wrong.”

Inevitably, there were some things he can’t do.

“I often wish I could just walk down the beach with my kids but what we do is, we go to the beach and we eat ice creams and build sandcastles so it’s not all bad.”

His children had 'twigged' that he was different and he'd explained to them about his 'silly legs', but assured them that there were still plenty of activities they could share.

"So every now and then the kids will go: 'Oh it’s ‘cos of your silly legs isn’t it, Dad?' and I go 'Yeah' and we have a bit of a laugh about it and then carry on with our day. It actually makes them very insightful kids"

It has also turned them into helpful kids.

Jack’s eldest son helps him put on his shoes and socks each morning.

“That's part of the jobs in the house just like emptying the dishwasher is for some other families."

Jack also knows how to handle any resistance.

"When they don’t want to I just say, 'Well next time you want help from me, maybe I don’t want to.' They learn pretty quick that life’s about give and take and I think those are great messages.” 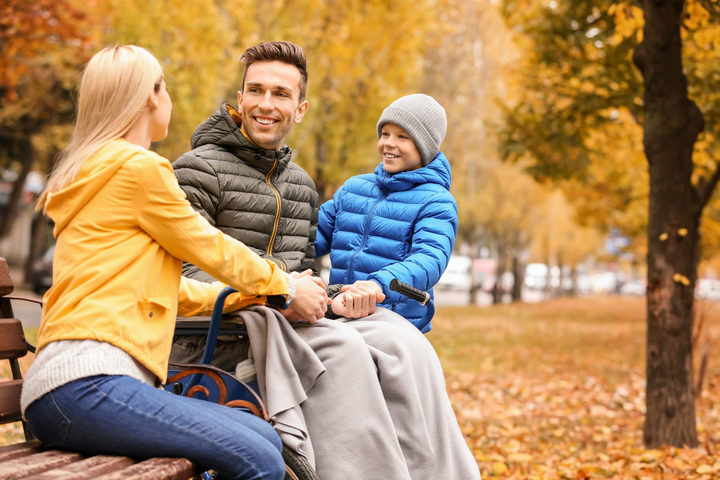 These qualities and values are common in children brought up around disability, Catherine Gallagher says.

“Children can learn how to value difference as not 'less than' and be more observant, empathetic, patient and caring with others that they come into contact with.”

Outside the family, though attitudes could be different, Gallagher warns, and while many are supportive, others can be patronising.

However, the most important thing for parents living with a disability is to be realistic about their circumstances and allow their children to do the same, she says.

“As a parent, if you can provide your child with love, acceptance, fun, challenge, boundaries and safety, your child’s going to be OK and probably richer for the experience.”

Jack says his focus is always on what is achievable.

“I try and concentrate on what I can do, rather than what I can’t do.”

He encourages people to embrace what has been, for him, a “life-changing" experience.

“You don’t feel like that at first when they don’t sleep and there’s lots of tears and nappies and stress ... but, as they get older, and you see them develop and the relationship you have with your children, you can’t beat that.” 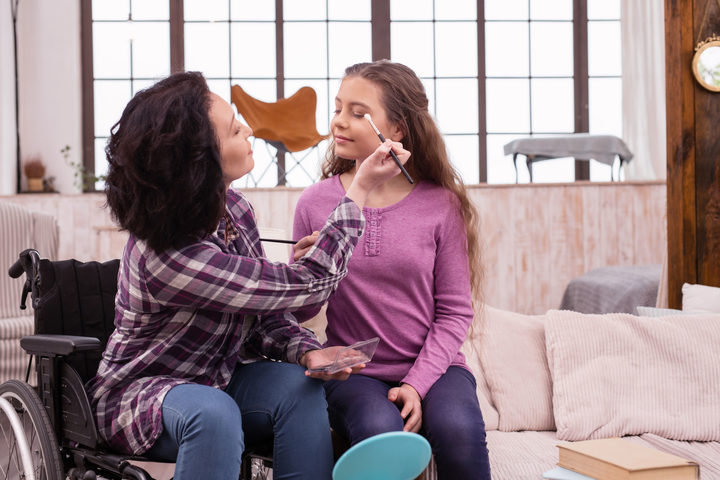 - Be realistic about any limitations and talk to your child about it.

"The bravest thing you can do is acknowledge that in yourself and think “Right, what do I need to do to resource the system so that my kids get what they need.”

- Accept that you might need greater support and ask for help, when needed.

“That’s actually probably a really important message that all of us parents need: If we take care of ourselves, then our kids do better.”

- Allow your children to help too. They’ll probably develop greater empathy and patience.

- Think outside the square. “Families have to get creative as they learn other ways to get their needs met.”

- Focus on what’s achievable, rather than what’s not.

"If we focus on the difference and what is lacking then children warm up to that.”

*Not his real name