Anxiety, anxiety everywhere, but not always a lot of help for parents trying to get their kids through it. Katy Gosset talks to a clinical psychologist about how to help children face their fears head-on. 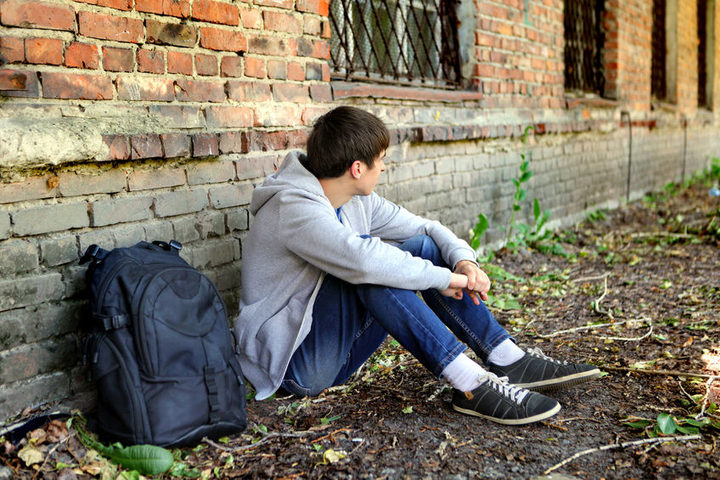 First things first. If your child is anxious about …

You are not alone.

These are just some of the many themes troubling young people today.

“My son had quite, not extreme, but moderately difficult anxiety. If he was at school and had to take a message to another class he would be panicking, even if he knew the teacher” Mother of two.

“Anxiety, that’s a big issue, with our youngest one. It came after the quakes. Then wind and rain. She had trouble going to school a lot of days." Mother of four.

"If we go somewhere and people are trying new things she will sit back, afraid of people watching her so it's a self-esteem thing.  She worries that people might laugh at her." Mother of three.

And sometimes the anxiety brings on a physical reaction.

"It's almost like she just freezes. I know the signs in her straight away when she's starting to feel a bit uncomfortable and panicking." Mother of three.

This can make parents want to step in and protect their children.

"It's really holding her back in quite a lot of things which is frustrating for me to watch but I can understand how she's feeling so I do the best I can to help her through it.” Mother of three. 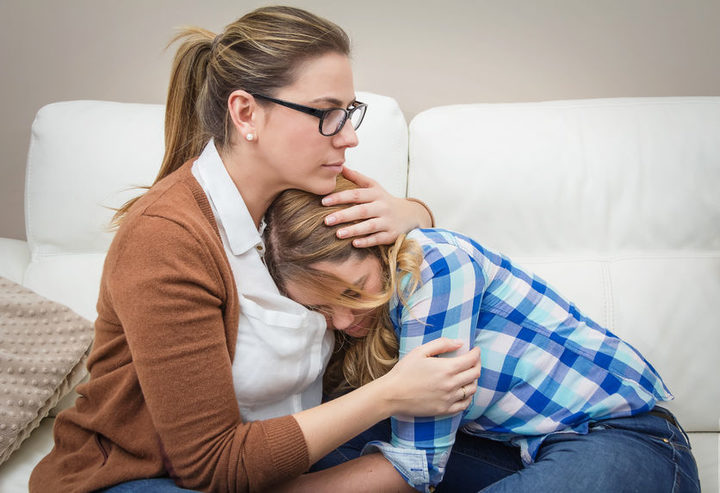 So the good news first:  Anxiety is hugely common.

OK, that's not really good news but anxiety is also both normal and completely necessary.

Mr Gallagher says it's completely understandable that parents want to protect their children by stepping in and reducing uncomfortable feelings and experiences.

But there are other things they can do.

Number One is gaining a solid understanding of what actually drives anxiety.

It all starts with our built-in alarm system.

"Like most living people we need an alarm system to signal threat."

"Ours not only scans the environment but also prepares the body for action to meet the threat and maximise the likelihood of survival." Ms Gallagher says.

In small doses, the alarm reaction can also help motivate people and improve their performances.

She says essentially the brain sends a message that we should freeze, fight or take flight and we're wired to make a split second decision "because, if it's life and death, moments lost in thought could be catastrophic."

"[It's] driven by an innate desire just to fight, get the hell out or freeze and hope that the threat wanders past."

That's all well and good if you're facing primal threats but Catherine Gallagher says the alarm's not quite so effective in modern life.

"[It] works well for running away from a lion.

But if you're running away from social threats, a fear of rejection or getting something wrong, the alarm is not designed for that but our brain hasn’t evolved to tell the difference."

That can mean a primal response kicks in when it’s not needed.

"So you can be left lying in bed the night before an exam and your body is pumped up on adrenalin that has nowhere to go."

Now for some bad news.

Catherine Gallagher says this alarm that governs our response to threats can also be "hacked".

"Thoughts from the past and future can trick the alarm system into firing, making us experience danger as current when actually we are safe."

She says how susceptible people are to anxiety depends on genetics, life experience and the response of others around us.

So while parents can't change biology or things that have happened, they can work on managing their responses to their child, she says.

"This is essential when supporting a child with anxiety. We need to help them work out what is dangerous versus what their brain might be telling them is dangerous, how their brain is tricking them."

She says this can sometimes be complicated by the fact that some parents are anxious too.

"So anxious thoughts can become a common conversation and behavioural focus for a family and that can really mean that they gain a lot of power and influences over decisions that are made." 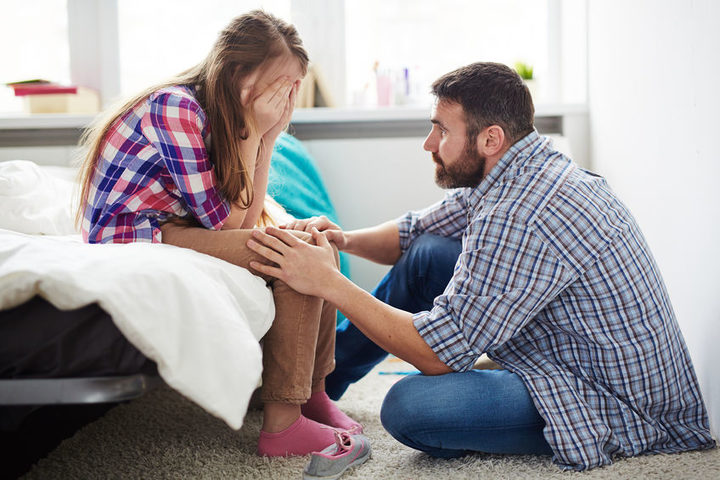 So how to cope with anxious thoughts?

Catherine Gallagher says the brain, "although beautifully complicated", has two main approaches to problem-solving, neither of which work well for anxiety

These involve either thinking about the problem a lot or ignoring it completely.

But she says thinking about a worry gives it more energy.

"I don't know if you've tried that - what the brain does is bring it up in big flashing lights."

Ms Gallagher says parents should instead support their children to be brave, offering solutions that require them to confront their anxiety.

"Let's do something that calms you down so we can go to school without tears. Or you can stay and keep debating whether to go to school or not and that just means you won’t be able to play that game before school. Either way, we’re going to school." 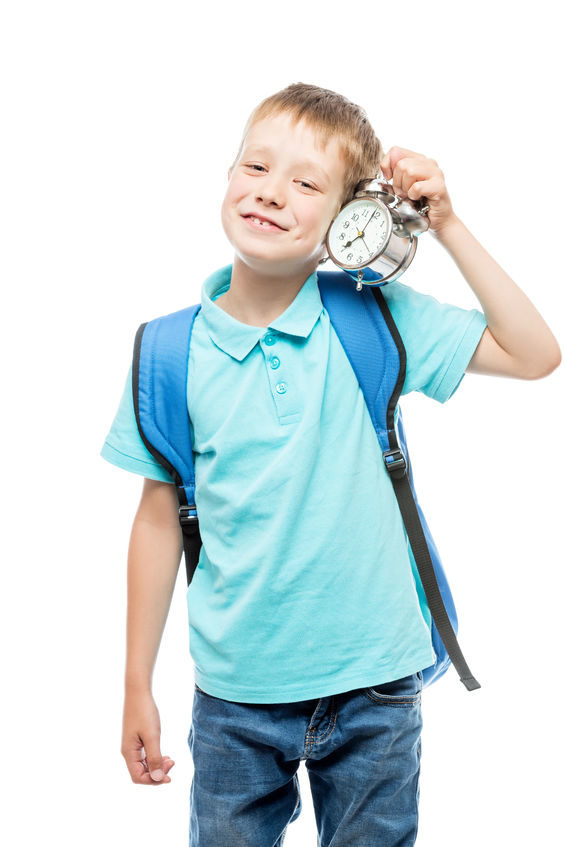 For one mother the solution was to instigate a "worrying time" for her son.

He set an alarm on his watch for a time when he was allowed to worry about a particular issue and, if the concern arose before that, he was able to ignore it until the allotted time slot.

"By the time he got to his worrying time, most of the time he said, "I'm not worried right now and so it wouldn't be necessary."

Catherine Gallagher says parents should know that by helping their children to face anxious thoughts they are not doing harm.

"They are helping to form new connections and knowledge that will help them fight back against anxiety when it turns up. And it will.

She likened exposure to anxious thoughts to vaccinating her children, saying, while they didn't exactly love the jabs, they should enjoy the long-term benefits of immunisation.

"I made that decision based on the fact that I wanted my child to be well in the future.

So short-term pain was about creating a space where my child was going to be able to fight off illnesses or deal with issues down the track."

She urged parents to help their children build the skills needed to manage their anxiety in the long term and then to support them while they used those skills.

"You can teach them all the anxiety management strategies under the sun but, unless they have to use them, they won’t." 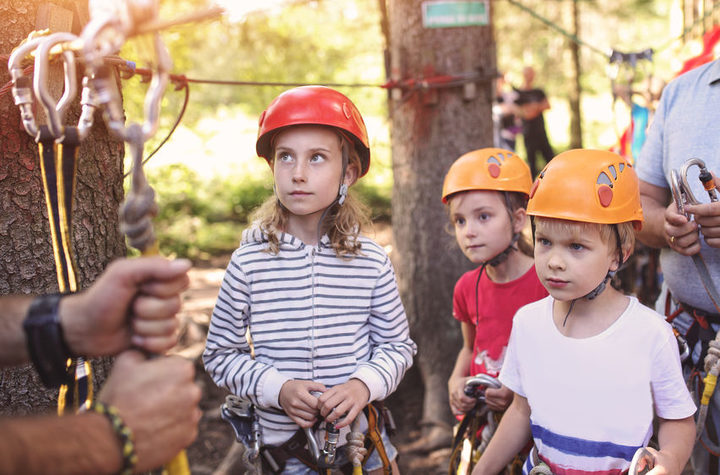 Catherine Gallagher says it's vital parents have a core understanding of anxiety and that they realise they don't need to be afraid of it.

"A lot of this is about parents being comfortable to sit with their kid's distress, validate their child's distress and support them in doing this brave thing."

She says children can then begin to understand their own patterns.

"Then the child knows that "This is what I do. I get anxious and then the scary thing doesn’t happen" and they know that "I am equal to this. I can do it."

Ms Gallagher says it might seem counterintuitive to ask the parents of an anxious child to be firm and encourage their child to do something that might be distressing.

But she says distressing or negative thoughts have their own value.

"These can be very informative. As the alarm system says, sometimes it's telling us about things we need to know about. We need to be careful about something."

But she warns that if families pay too much attention to anxiety, in the absence of other environmental data, it can snowball.

"Anxiety can become a member of the family that we have to take into account and bring along with us."

Ms Gallagher says when parents bring anxious children to see her, they often expect that she will simply solve the problem.

Instead, she talks to children about how their brains might be tricking their alarm systems and how to learn to recognise it for themselves.

To an outside observer, it can often be hard to understand the true impact of anxiety.

And Catherine Gallagher says, if it’s not kept in check it can grow.

"Anxiety is contagious and it gets bigger."

Ms Gallagher says there's then the danger that people will start to get anxious about being anxious.

"As [anxiety] gets bigger, people’s lives get smaller and that’s something we want to do something about as soon as we can." 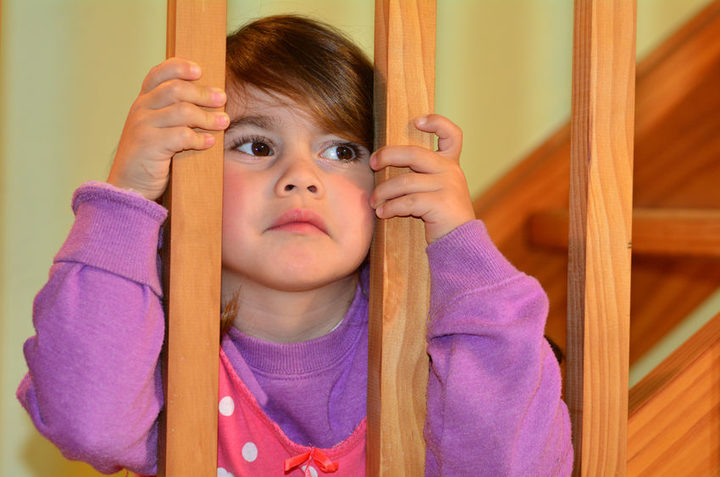