How can we best help our children grow and develop, without losing sight of who they actually are? In Episode 12 of Are We There Yet?, Katy Gosset talks to parents and a clinical psychologist about the R&D of child rearing. 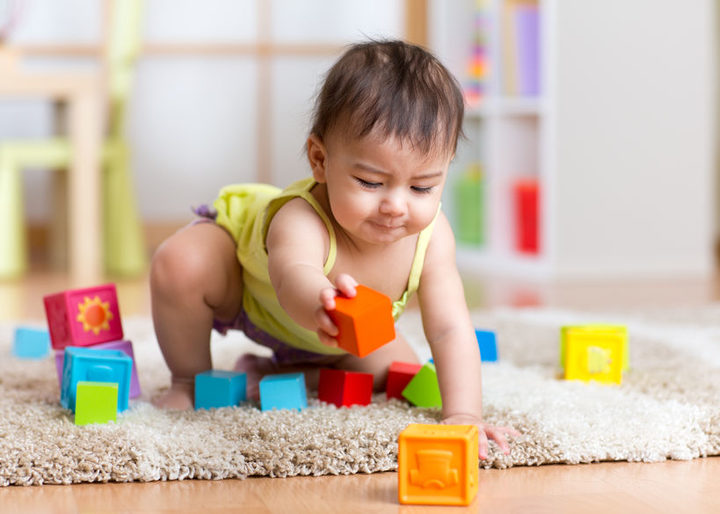 It was the schoolyard slur at some point in my youth: "Go grow a brain, why don't you ?!"

And, obviously, no one wanted to appear deficient in that area.

And for parents, brain and cognitive development, social skills and awareness are all on the radar as things we must teach our children.

Cue a flurry of activities, designed to create a well-rounded child...

"I played a tonne of classical music when the kids were little. I believe it helps make neurons connect. I don't know the exact science of it but I think music is good." Mother of two.

"Oh definitely reading. If you can do lots of reading, it's fantastic." Mother of six. 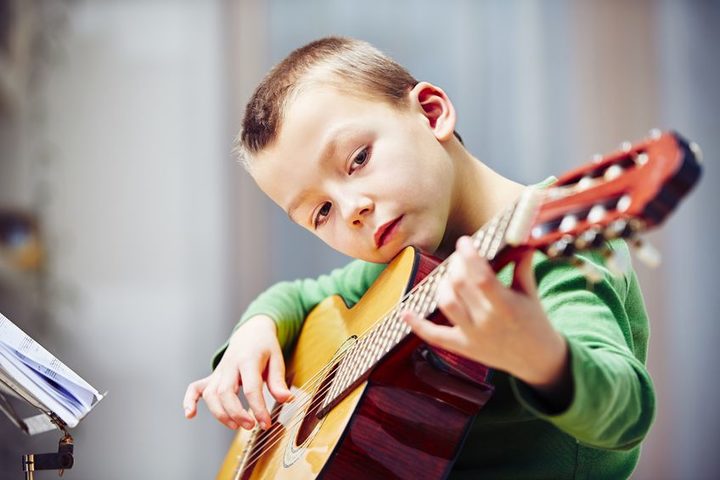 Naturally, as parents, we tend to introduce our own interests first

"One of the kids is very interested in gardening and I like gardening. So I think, do things that you like and get the kids involved with it." Mother of six.

"I guess I'm very pro getting children outdoors and into nature and just climbing and jumping." Mother of two.

"We got a welder for Christmas [and] the 12-year-old made a bike. He got an electric wheel from the Internet, welded a frame together and he drives around on it." Mother of six.

But children, funnily enough, have minds of their own and preferences and personalities too.

"Our nine year old loves to sew so he made Christmas stockings last year. We got an old sewing machine from the op shop that he can use and he had a go." Mother of six.

"We pushed them into surfing because we love surfing. The oldest is incredibly competitive and she's really good now. The middle one just likes to look pretty and walk down the beach with a surfboard and the little one is crazy. She'll just go on the biggest wave possible." Father of three. 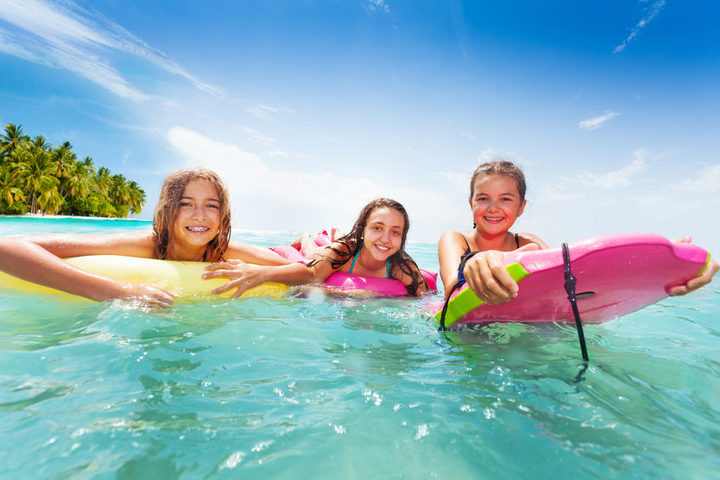 How much is too much?

So children need stimulation to grow, but clinical psychologist Catherine Gallagher believes it's the balance that counts.

"Too little stimulation and the brain and body don't get exposed to experiences that build those important neuronal pathways that lead to learning."

But it's important not to overdo things.

"Too much stimulation and the children can get overwhelmed and tired and, without downtime and sleep, the learning that they're doing doesn’t get consolidated."

Ms Gallagher said doing too much could also leave the child ill-prepared for when life was slower.

"Too much stimulation means that children don't learn to tolerate being still and not being entertained so that can come with a whole lot of other complications."

Ms Gallagher said how it all balanced out would depend on each family's interests, cultural background, budget and the time parents had available.

But what most families seemed to have in common was a concern about getting it "right".

"I think one of the messages that parents need to get is that we're aiming to be good enough. We're not aiming to be perfect."

She said parents often got stressed, believing that they might be hindering their child's potential

"If I'm not doing it the right way then I'm actually getting in the way my child being an astronaut."

But she said nature also played a role in ability and, while potential could be encouraged through exposure to both different activities and stillness, a child's core intelligence would not change a great deal.

Ms Gallagher said most children of about seven or eight years, once exposed to learning experiences, would reach a fundamental IQ level and stay there for most of their lives.

"So we're born with certain raw material and pressure or hot-housing children can give the impression that this can be altered but, in reality, it kind of can't."

"If the underlying IQ or learning is average, you not going to be able to, through putting lots and lots and lots of effort and resource in, suddenly make them a brain surgeon.

"I'm not trying to be provocative. I'm just trying to say: 'How do we be realistic'?" 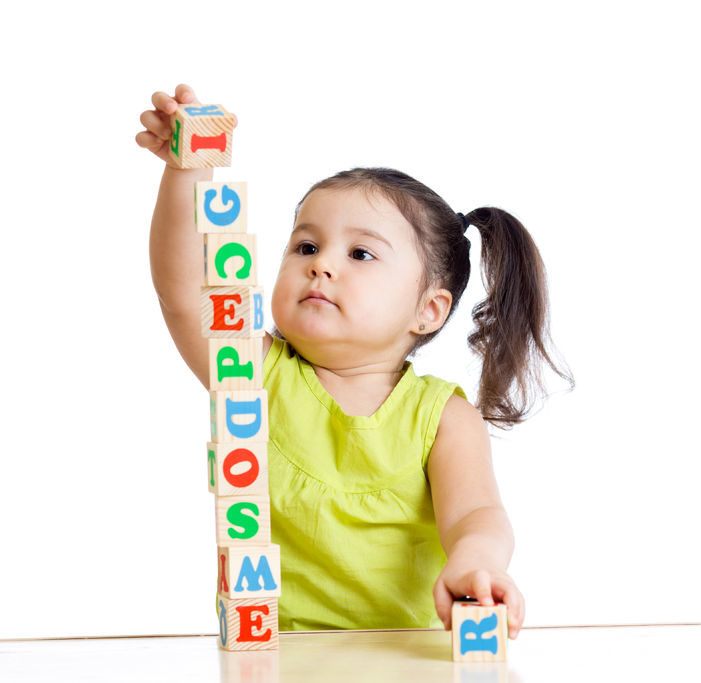 Ms Gallagher said understanding strengths and weaknesses was part of the learning experience.

The emotions that went with those differing abilities could also be a useful part of development.

"To be gutted about failing because failing can hurt and it's an emotion that I think a lot of parents are trying to protect their kids from."

But she said failing was an important learning experience.

"What do I do with that experience? Do I pick it up and run with it and go 'No I want to try harder'? Or do I go 'Yeah, I'm going to put that down to experience and realise that being a ballet dancer is just not my thing'?"

She said children should still be encouraged to try new things and to persevere. 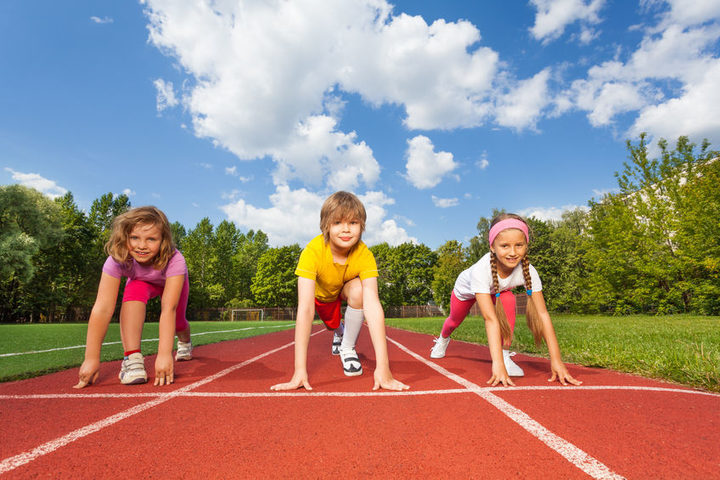 Ms Gallagher said parents should be involved in play, as children learned best when they were witnessed gaining new skills.

But she said, whilst providing support, parents also needed to be aware of their child's abilities.

"They actually need you to see them and see what they're capable of and allow them to find their own place."

She said parents were getting a message that by listening to Mozart whilst their children were in the womb and eating certain foods, they could turn their children into "mini geniuses".

She said that might work in some cases because that was what the child was destined for.

"But if you do all this stuff and you've still got this little average kid, then that's not a failure. It's not meaning that the child's a failure or you're a failure.

"It just means that this was actually what this kid was going to be and you've made them the best average." 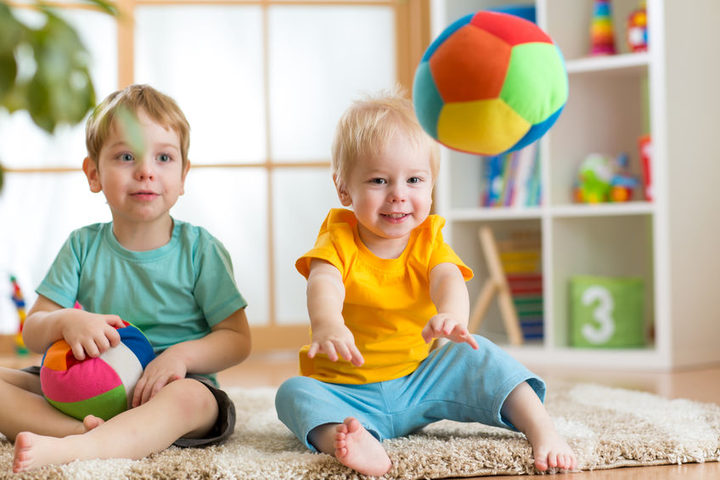 Ms Gallagher said the normal curve of development suggested most people were average, some were high or low average and others excelled or struggled.

"That's actually how it works. We'd all like to be high average but we're not, so, how do we make peace with and maximise where we are."

She said, whilst a child's preferences were worth noting, so too was observing what the child avoided, as this could be a sign of an area they lacked confidence in.

"I've got one son - I think the first thing he would have grabbed hold of if he could have, was a ball.

"My other son didn't go towards them at all and what we worked out was that he had some coordination challenges around that."

Ms Gallagher said if parents wanted their children to be smarter or sportier they were failing to see them for who they really were.

And she said, whichever skills children ended up with, it was important that good self-esteem was in the mix.

"Self-esteem is not actually being smarter, more agile, prettier. Self-esteem is accepting who we are and looking into the eyes of our parents and seeing that we are acceptable." 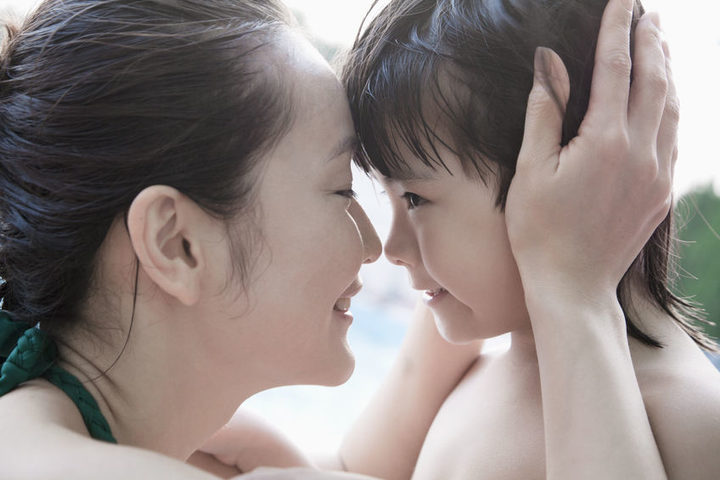