What are our children eating ? And what should we do if we find that, actually, they're not eating very much ? Social media feeds mean young people face more pressure to look a certain way. In Episode Eight of Are We There Yet? Katy Gosset looks at the rise of eating disorders. 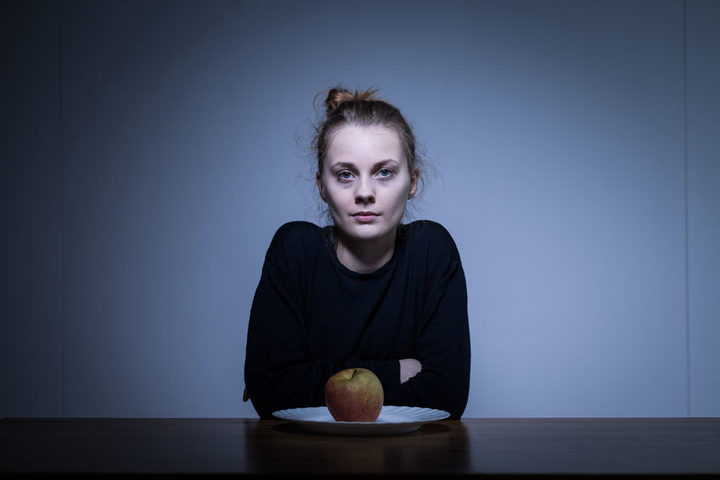 We all have our preferences, let’s face it.

And. yes, there are certain vegetables that may never win a popularity contest. (Hello brussels sprouts !)

And yet we need this stuff: a broad range of vegetables, grains, fats and carbohydrates.

So how, then, do we deal with a growing suspicion that our offspring, usually an older and more independent child, may be skipping some of these key food groups altogether?

"She was very, very clever about hiding her body for some time in very baggy clothes." Mother of two

And how do we steer our child away from an unhealthy relationship with food ?

"I try to tell her she's beautiful [and to] be herself but it’s really hard because there’s always just "No, I don’t want to do it because I’m fat."  Mother of four 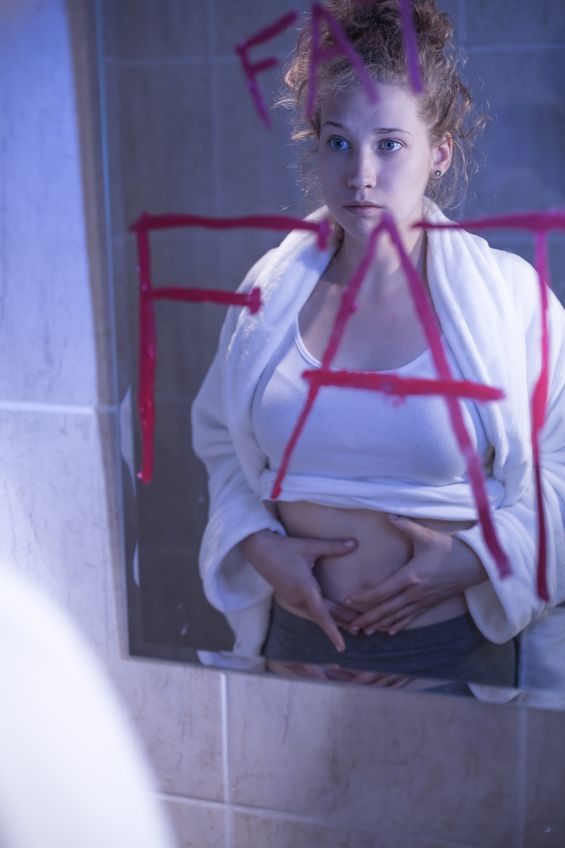 And in the case of one daughter, there were many ploys used to mask just how her attitude towards food had changed.

"When I questioned her, she very cleverly would just retort "Oh Mum, you don't need to worry, I went to Subway after school" or "We shared pizza at lunchtime as well"

"There was always something to try and take me off track."

This daughter suffered a stomach injury while horse riding and that provided another excuse to avoid food.

But her mother’s nagging fears continued and she contacted specialists, desperate to find a reason why her daughter couldn't eat.

Eventually matters came to a head during a visit to the family's GP.

"We basically backed her into a corner and he just [] said “You're choosing not to eat."

The impact of this revelation came as a tremendous shock for the girl's parents.

"It was a huge, huge deal to me. My husband and I just about collapsed."

The pair felt a mixture of disbelief at the diagnosis and relief at finally having a name for their daughter's struggle.

But it was still a shock to grasp the extent of the eating disorder when the mother unintentionally saw her daughter undressed.

"It was mind blowing and shocking, soul destroying, actually to see that she was willing to keep going to the point where there was nothing left of her."

Her daughter was formally assessed at Princess Margaret Hospital in Christchurch and the family was told to be ready for what staff said would be the hardest thing they’d ever done.

"We had no idea what we were in for and it really was absolute hell." 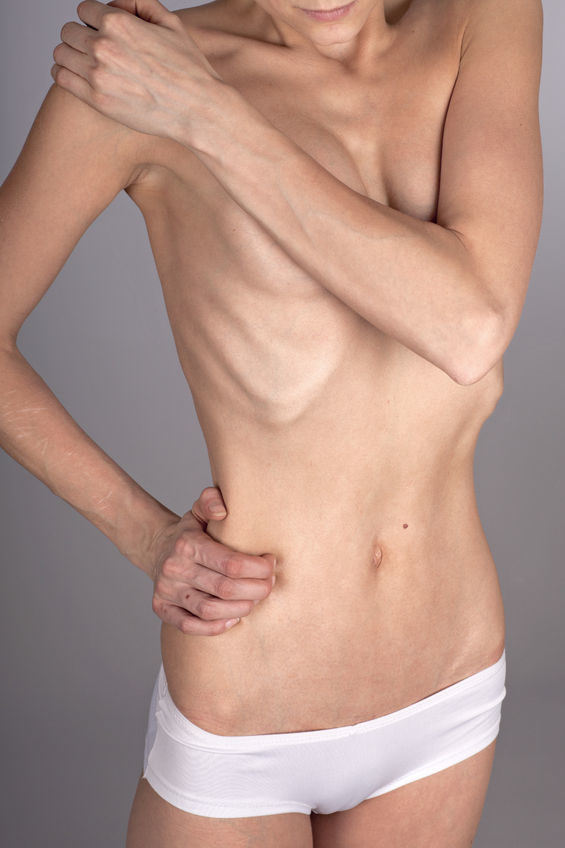 She said, by starving herself, her daughter could not longer think rationally and feeding her was like dealing with a 15 year old toddler.

"Her brain was so starved at this point that getting her to eat was virtually impossible."

In the end she entered Princess Margaret Hospital where she was tube fed and began a slow process of recovery, that included periods of self-harming.

Her mother said, although her daughter had now left hospital, it was still necessary to monitor her eating.

"She is still not fully accepting of her changed body, but if I look at the bigger picture and I look at where she was a year ago, it's dramatically different.

So that gives me hope."

How to Spot the Signs

The first real sign that something is amiss is when eating issues start to interrupt normal functioning.

She said many children went off different foods but usually only for short periods.

“Lots of kids will go through phases where they think they've got an extra roll around their middle and eat a little bit less. Most of us can’t sustain that."

She said the key was looking at the big picture and noting whether, over time, a pattern had developed.

“If you're noticing [] it’s more meals than not or, yes, they might not have breakfast but, in fact, they're not eating much for lunch either and so it's that generalised kind of pattern."

Other things to watch for were comments about weight, secrecy around food or a reluctance to change eating habits even after the issue had been raised.

"If it's met with a rigid response or a "Oh, yeah, yeah, yeah" but the behaviour doesn't change, then those are the times that you might start to be a bit more concerned."

The children most at risk were strong willed perfectionists who set the bar high for themselves. 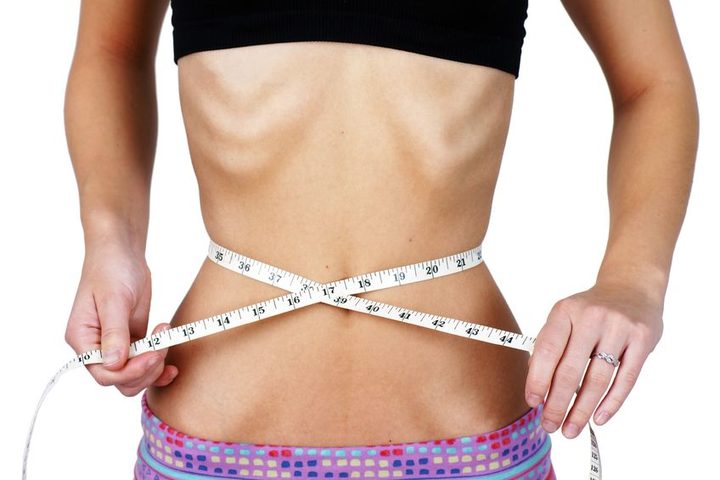 And Ms Gallagher said, once an eating disorder had taken hold, it was important for parents to seek professional help so they were resourced to help their child fight what was, essentially, an illness like any other.

“No one asks to have an eating disorder. … You can ask them why they won’t eat and say “Don’t you understand what you’re doing to yourself ?” and they may understand but be unable to do anything about it because it has them in its grip.”

However she said parents should keep engaging with their child rather than just focusing on the disorder itself.

“So we might [] externalise [the disorder] or give it a name []so I'm still talking to my child about this thing that we're both battling which is an eating disorder."

So why is it that some young people don’t eat ?

To start with, Catherine Gallagher said an eating disorder was seldom just about “the body beautiful”.

“It’s about emotions, control and the sense of self.”

And she said it was one of the first ways that,even very young children learnt to exercise control.

“One of the things that babies can control – eating and pooing , so what goes in and what goes out.”

She said often children formed rigid rules about how much food was allowed.

So encouraging the child to eat a little more each day was a way of showing them that slightly bending their own strict rules, would not cause problems.

"The world doesn't stop, the things they fear don't happen."

Whilst encouraging children to eat, parents should also work on whatever emotional issue was troubling the child, be it friends, school life or social media problems.

Where parents were struggling to get children to eat, Catherine Gallagher advised using access to things the child wanted to persuade them.

She said, in more serious cases, where an eating disorder was well established, parents should make it clear that they would enforce these rules.

"Say: "These are the choices in front of you. There's an easy way which is you're going to be able to get access to the thing you're wanting to do.

Or, the hard way is that we're going to sit here until you do eat, even if that takes us all night." 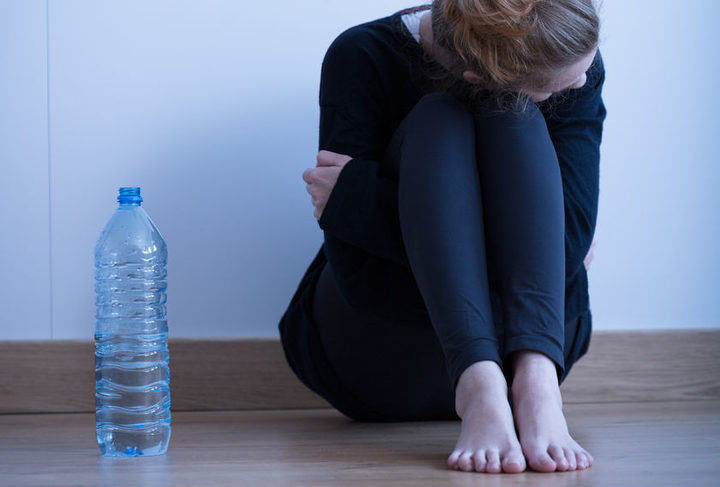 Ms Gallagher said, in some cases, parents put the issue in the too-hard basket and that could result in normalising an eating disorder.

Instead she said parents should take firm control of the situation.

“That might mean you're saying, "If you want to do the exercise, the minimum expectation is that you eat this."

Likewise parents should not take a claim that the child had eaten at face value, instead requiring them to eat in front of them.

“[You're saying] I am observing as opposed to trusting that you've said "Oh, I had five sandwiches today, Mum. Actually I need to see you eating those.”

Ms Gallagher said if children showed concern about their weight, parents should listen and genuinely consider what they had been eating.

“When a child comes to you with a problem, a strong desire we have as a parent [is to go] "Oh, don’t be silly. It's not a problem."

Instead she recommended validating the child's concern.

"What we want to do is go "Oh, I can see that's really worrying you. I can see you've been thinking about that. Tell me about that a little bit." 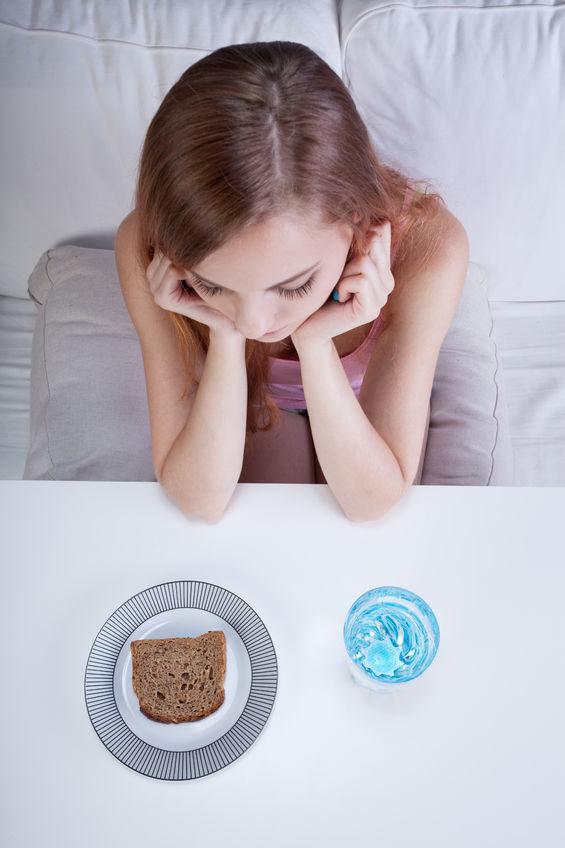 In less serious cases, Catherine Gallagher said parents should not panic. Many children were just experimenting and could be helped back into healthy habits by hearing some practical information.

However, in some cases young people were accessing websites that actively promoted unhealthy or anorexic eating patterns.

“People saying it's great if you're doing this stuff and the skinnier the better because that's the ultimate sign of control."

She said it was up to parents to monitor internet use and also to help children question what they accessed online.

"Help them be critical evaluators of the information they see through social media."

Ms Gallagher said, as situations arose, parents could use them to prompt discussions about a range of issues but they should also ensure they kept tabs on their children's lives.

"That doesn't mean you become a sticky beak, [] poking and prodding into every aspect of their life but it is about stepping back and saying "What are the themes coming through?"

And developmental milestones should also be discussed.

“Children are going to have some puppy fat and so they should because, in actual fact, they need it to grow."

It was natural for children of about 11 or 12 to start comparing themselves with others and it could affect their self-esteem.

“Developmentally that's when we get to that stage where we say "This is me but that's you - how are we different, how are we the same and you're better and I'm worse."

Above all, parents should take the time to talk about whatever comes up.

"Re-establishing that you, as a parent, are about their well-being and health." 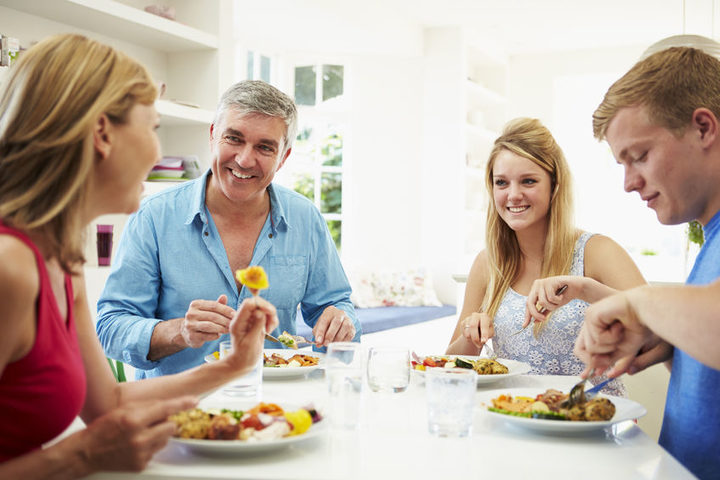