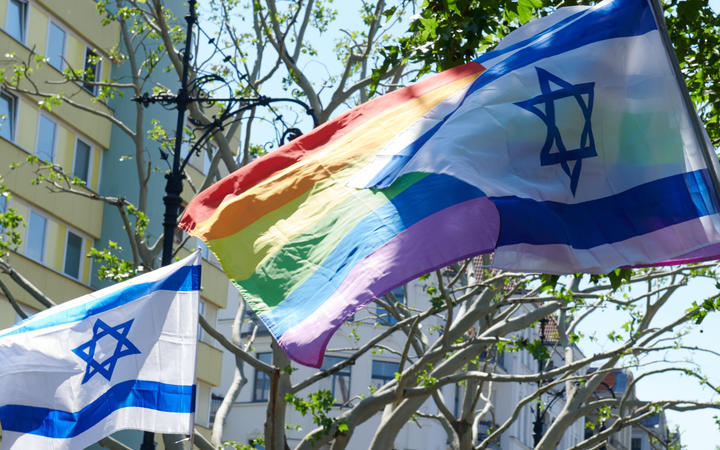 The party, Noam, was denied space on the outside wall of a Jerusalem hotel and on bus sides for posters that read "'Pride' and the buying of children or my son will marry a woman - Israel chooses to be normal".

It petitioned a parliamentary body chaired by Israeli Supreme Court justice Neal Hendel, who ruled that under election law, companies must sell advertising space to any party that wants it or none at all.

"A duty of equality (includes) the commitment to publish election propaganda of all parties and lists, including those whose values are different... from those of the advertising agency," Hendel said in his judgement on Tuesday.

Israel is one of a handful of Middle Eastern countries - along with Jordan and Bahrain - that allow same-sex relations, in a region where several states impose the death penalty.

Same-sex marriage is illegal in the country of 9 million, although weddings performed abroad are recognised.

Noam, a recently-formed, ultra-Orthodox Jewish party, did not respond to a request for comment, though it called the ruling "a great victory" on Facebook.

Polls indicate the party is unlikely to get above the vote threshold required to get seats in parliament in legislative elections being held on 17 September.

Gay rights campaigners said such advertising had no place in a democratic election campaign.

"When children like our children - 5, 6, 8 year-old children - see this kind of hate advertising they ask us, 'Dad, do you think that I am normal?" said Julien Bahoul, spokesman for the Association of Gay Israeli Fathers.

Such advertising has "nothing to do with freedom of speech," said Or Keshet, who lobbies Israeli politicians on behalf of a coalition of 14 Israeli LGBTQI groups.

"They hate and they mock and they insult anyone who is different than them," he said.

The two advertising companies involved in the case, Cnaan Media and Y. Moore, did not respond to requests for comment.