A US wildlife centre has saved five young gray squirrels after their tails became dangerously fused together. 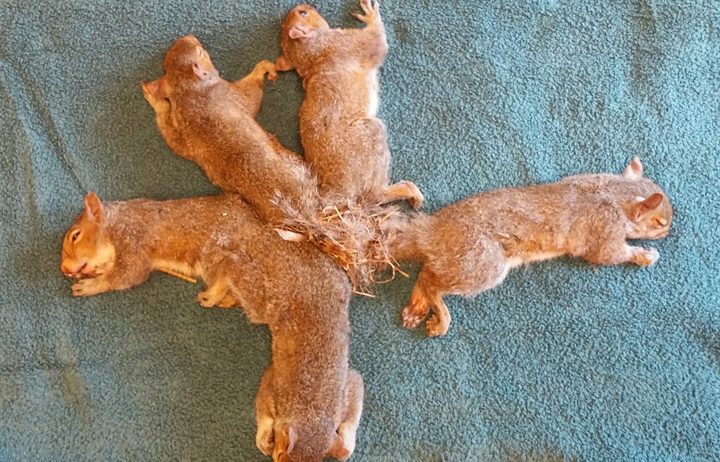 The five juvenile squirrels had to be anaesthetised before their tails could be separated. Photo: Facebook / Wildlife Rehabilitation Center at Wisconsin Humane Society

The siblings had become entangled with the grass and plastic strips their mother used to build the family nest.

They were handed in at the Wisconsin Humane Society's Wildlife Rehabilitation Centre, which worked to save their tails and possibly their lives.

The five were cut free with scissors while under anaesthetic.

Squirrels need their tails for balance and warmth, so it was important to try to preserve them as much as possible, the centre said on its Facebook page.

"You can imagine how wiggly and unruly (and nippy!) this frightened, distressed ball of squirrelly energy was, so our first step was to anesthetise all five of them at the same time," the centre said.

"With that accomplished, we began working on unravelling the 'Gordian Knot' (Google it) of tightly tangled tails and nest material.

"It was impossible to tell whose tail was whose, and we were increasingly concerned because all of them had suffered from varying degrees of tissue damage to their tails caused by circulatory impairment." 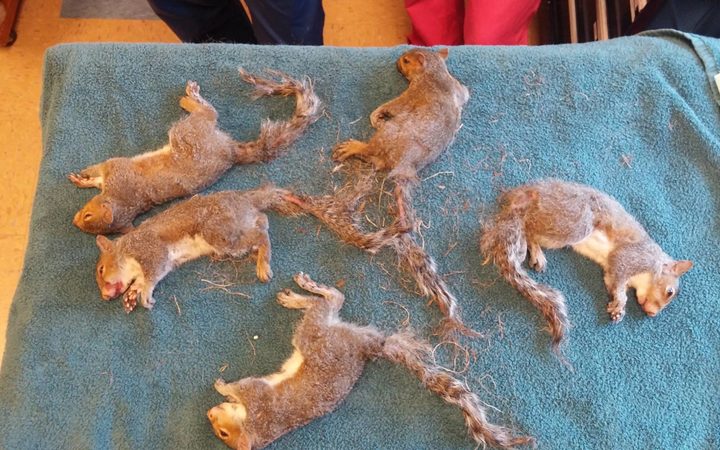 The five, pictured waking up from their ordeal, are now free to scamper once more. Photo: Facebook / Wildlife Rehabilitation Center at Wisconsin Humane Society

Though a little worse for wear, the tails were successfully separated from the grass and plastic in about 20 minutes.

The creatures will soon be free to resume a tangle-free life in the wild, the centre said.